New Works by Jennifer Angus and Shikeith Now On View

The Mattress Factory is pleased to announce two new site-specific installations by artists Jennifer Angus and Shikeith on view at the Monterey Annex through March 2021.

Jennifer Angus – The Museum of All Things

The Museum of All Things is a cabinet of curiosities focusing on insects’ vital role in our world. The walls feature patterns and designs made from 3,000 cicadas, weevils and small beetles, and the vibrant magenta red coloring on the walls is created from a little-known insect that plays an important role in the food and cosmetics industries; cochineal is a type of scale insect (as is lice), found in Latin America from which a common food colorant is derived. At once a call to action and a celebration, the center of the gallery features a dinner party, where native Pennsylvanian animals enjoy a meal of bread and honey. 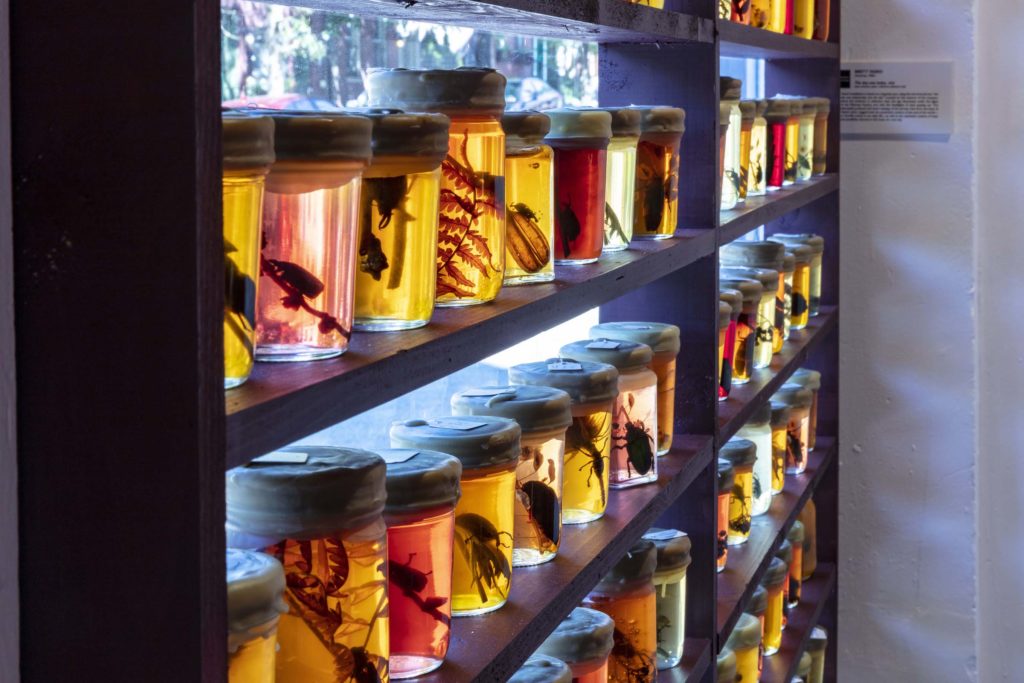 Angus, who primarily works with dead and dried insects, draws upon her background in textile design, placing thousands of insects on walls in patterns that mimic those of textiles and wallpaper. Upon discovering that the ornate patterns are formed from insects, viewers feelings typically fluctuate between incredulity and amazement, and very occasionally terror. Over time, Angus’ work has evolved to explore issues related to the environment and the important role insects play within it. “I feel an urgency to continue to make work that draws attention to some of our planet’s lowliest creatures for, simply speaking, without insects man cannot survive,” says Angus. 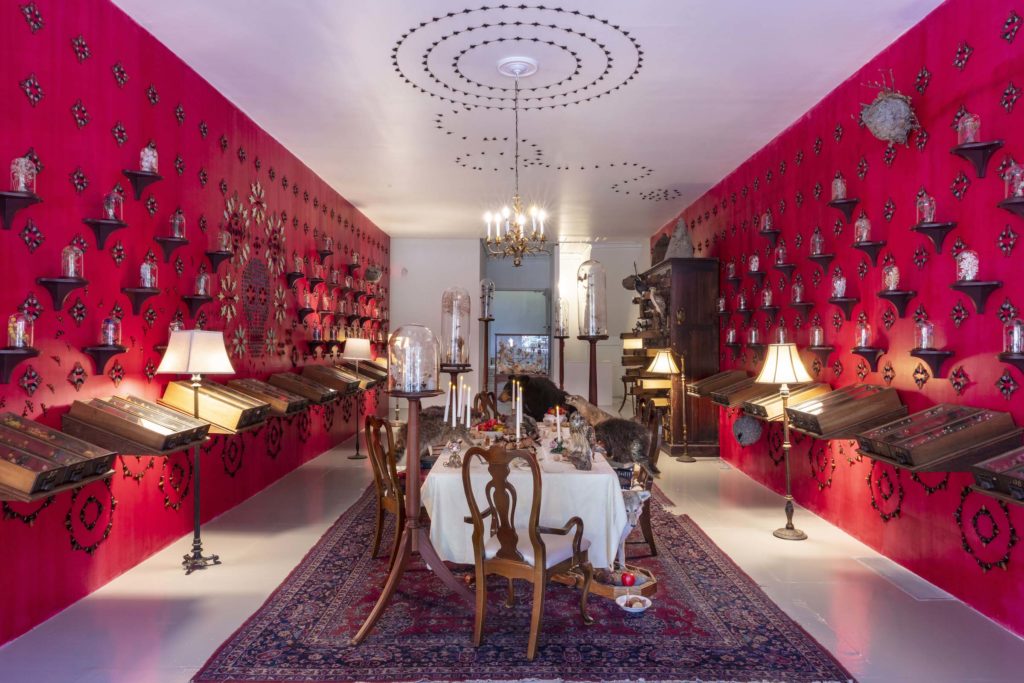 Shikeith – Feeling The Spirit In The Dark 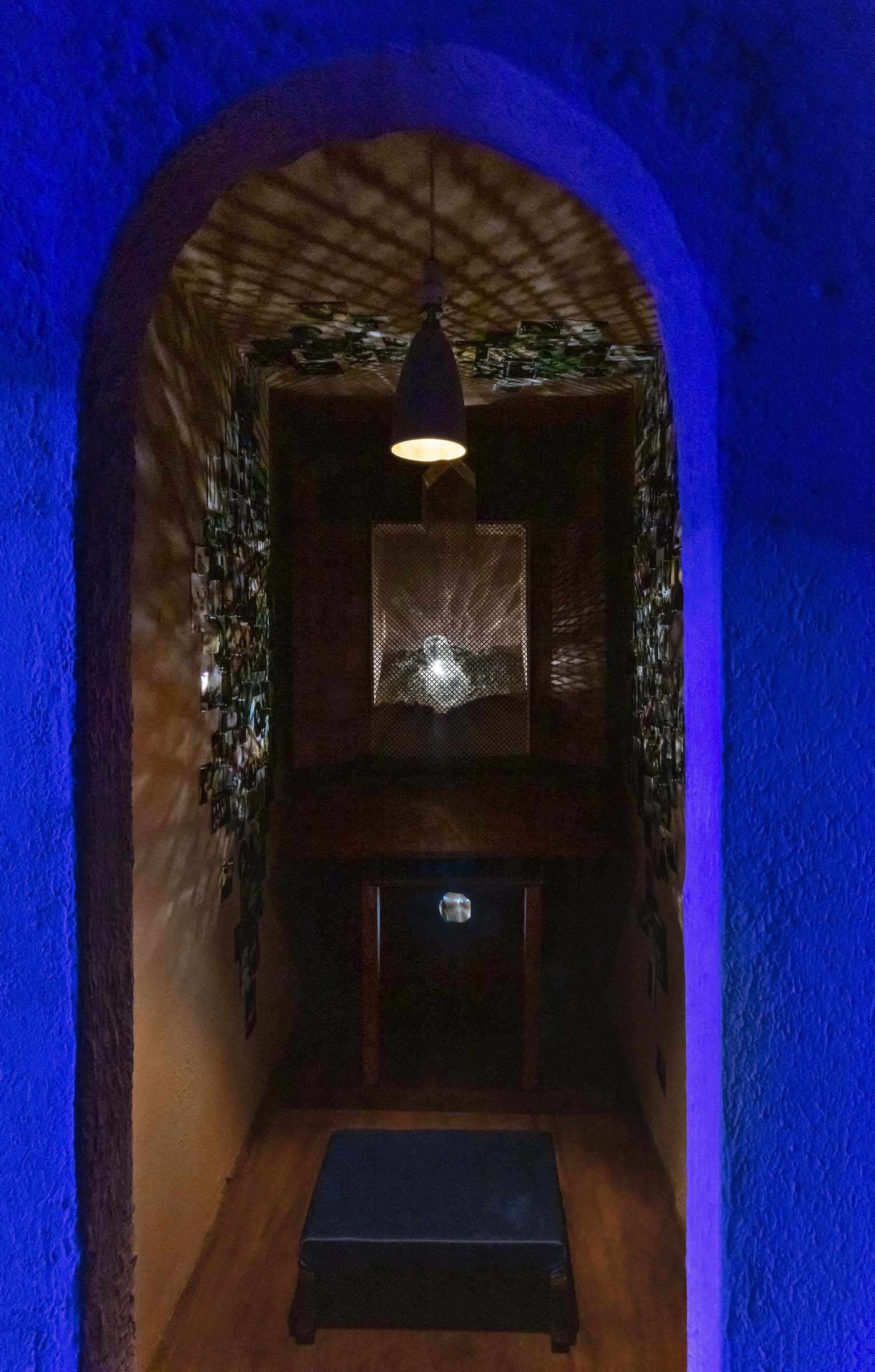 Shikeith’s work is an assemblage of wonder and personal truths that focus on the metamorphoses of Black men, especially within a society that denies these men their erotic and reconciliatory potential. His work seeks to consider the interior, both his own, as well as, other Black men through emphasizing photography, sculpture, and filmmaking to examine the fantastic as it relates and complicates personal autobiography and self-making. “I aim to make artwork that moves beyond a focus on the bodies of black men but into the deepness of our psyches where identities are formed and black manhood can be imagined as an indeterminate and unfixed space.” 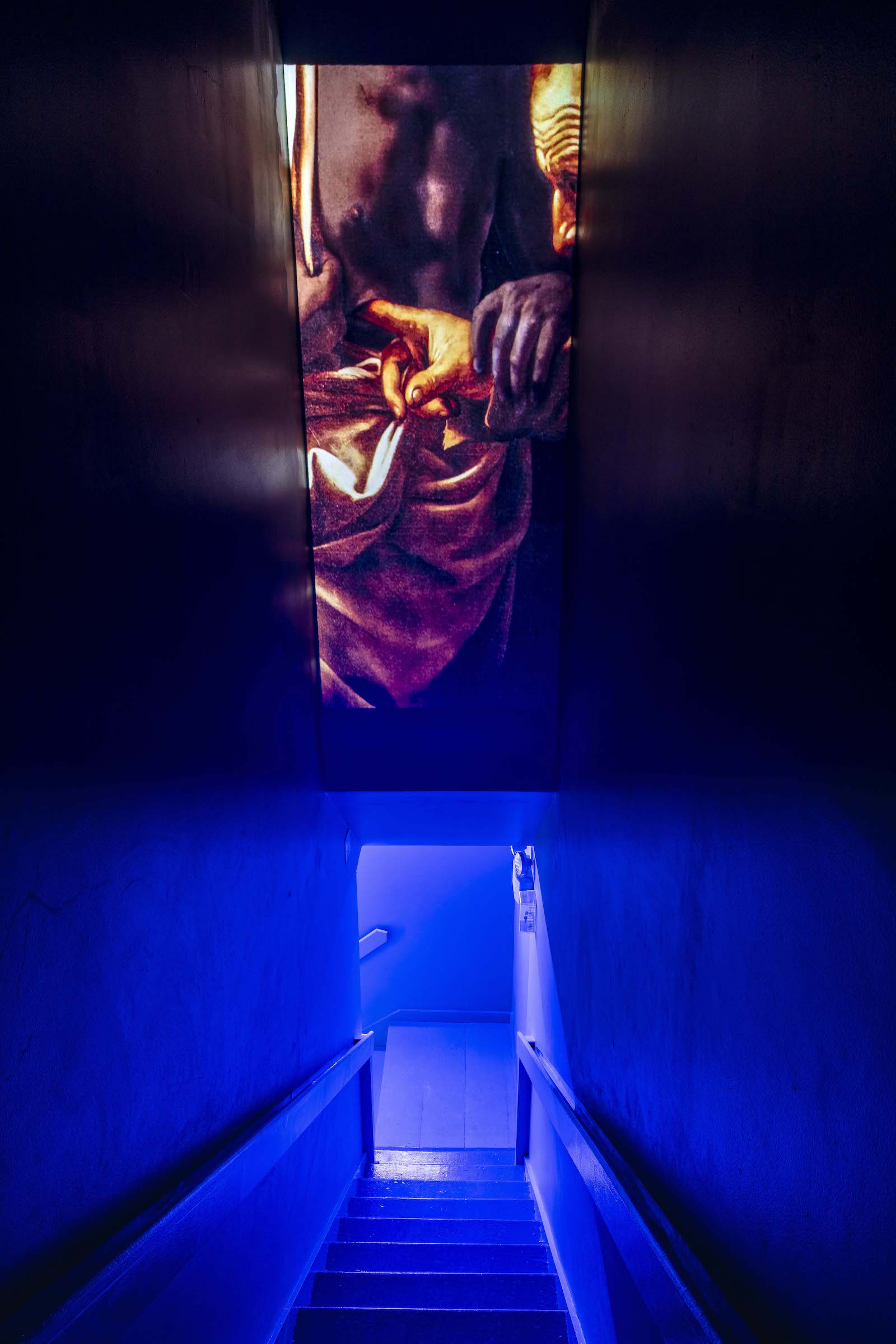 Jennifer Angus is a professor in the Design Studies department at the University of Wisconsin – Madison. She received her education at the Nova Scotia College of Art and Design (BFA) and at the School of the Art Institute of Chicago (MFA). Jennifer has exhibited her work internationally including Australia, Canada, France, Germany, Japan and Spain. She has been the recipient of numerous awards including Canada Council, Ontario Arts Council and Wisconsin Arts Board grants. Most recently she received the inaugural Forward Art Prize, a new unrestricted award for outstanding women artists of Wisconsin.
Angus’ exhibition In the Midnight Garden, was part of Wonder the inaugural exhibition that reopened the Smithsonian’s Renwick Gallery in Washington, D.C. She was one of nine artists selected by curator Nicholas Bell for this landmark exhibition. 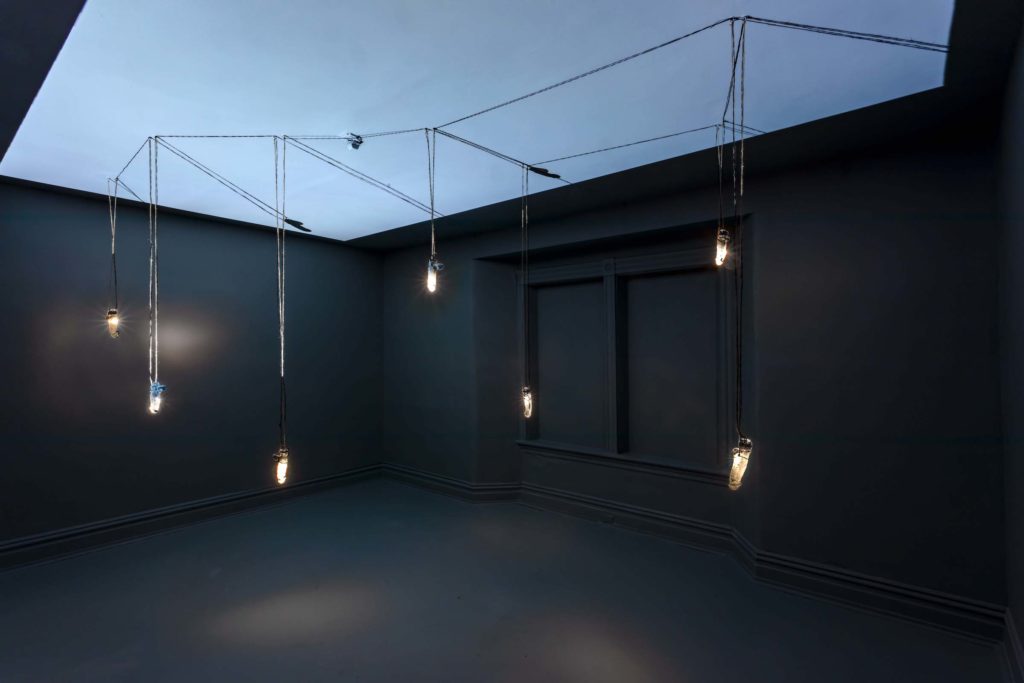 Shikeith is originally from Philadelphia, PA, and now lives and works in Pittsburgh, PA. He received a BA from The Pennsylvania State University (2010) and an MFA in Sculpture from The Yale School of Art (2018). Within overlapping practices of visual art and film making, he investigates the experiences of black men within and around concepts of psychic space, the blues, and black queer fugitivity. He has shared his work nationally and internationally through recent exhibitions and screenings that include The Language Must Not Sweat, Locust Projects, Miami, FL; Notes Towards Becoming A Spill, Atlanta Contemporary, Atlanta, GA; Shikeith: This was his body/His body finally his, MAK Gallery, London, UK; Go Tell It: Civil Rights Photography, Seattle Art Museum, Seattle, WA; A Drop of Sun Under The Earth, MOCA LA, Los Angeles, CA; Labor Relations, Wroclaw Contemporary Museum, Poland; and Black Intimacy: An Evening With Shikeith, MoMA, New York, NY. He is a 2019 recipient of the Joan Mitchell Foundation Painters & Sculptors Grants.

The Use of Insects in Jennifer Angus’ Work

The species Angus uses are not endangered, and they are either farm-raised or collected by the indigenous peoples who live in the areas from which they originate. Angus recycles all insects, and all of them have been used repeatedly in her shows. If something is damaged, Angus always try to repair it before it gets thrown away, and those beyond repair she gives to children for further study. 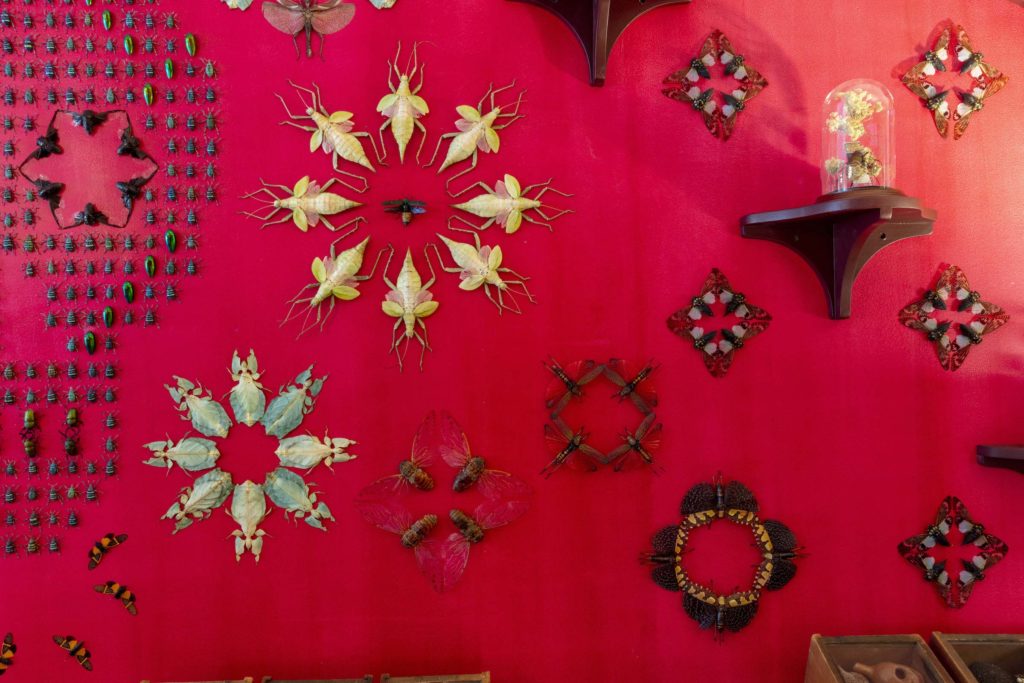