The Mattress Factory is pleased to announce Pop-Aganda: Revolution & Iconography, an exhibition of new site-specific works from eight artists opening on April 16, 2022 in the Museum’s Main Building. Pop-Aganda is the fourth iteration of director, founder and curator Tavia La Follette’s ongoing Sites of Passage series – a global interchange for the migration of ideas across political and cultural borders.

La Follette works with artists who investigate new channels of artistic communication. For this exhibition, after three research trips in 2018 and 2019, La Follette selected eight multidisciplinary, social practice-oriented artists based in the US and in Russia. 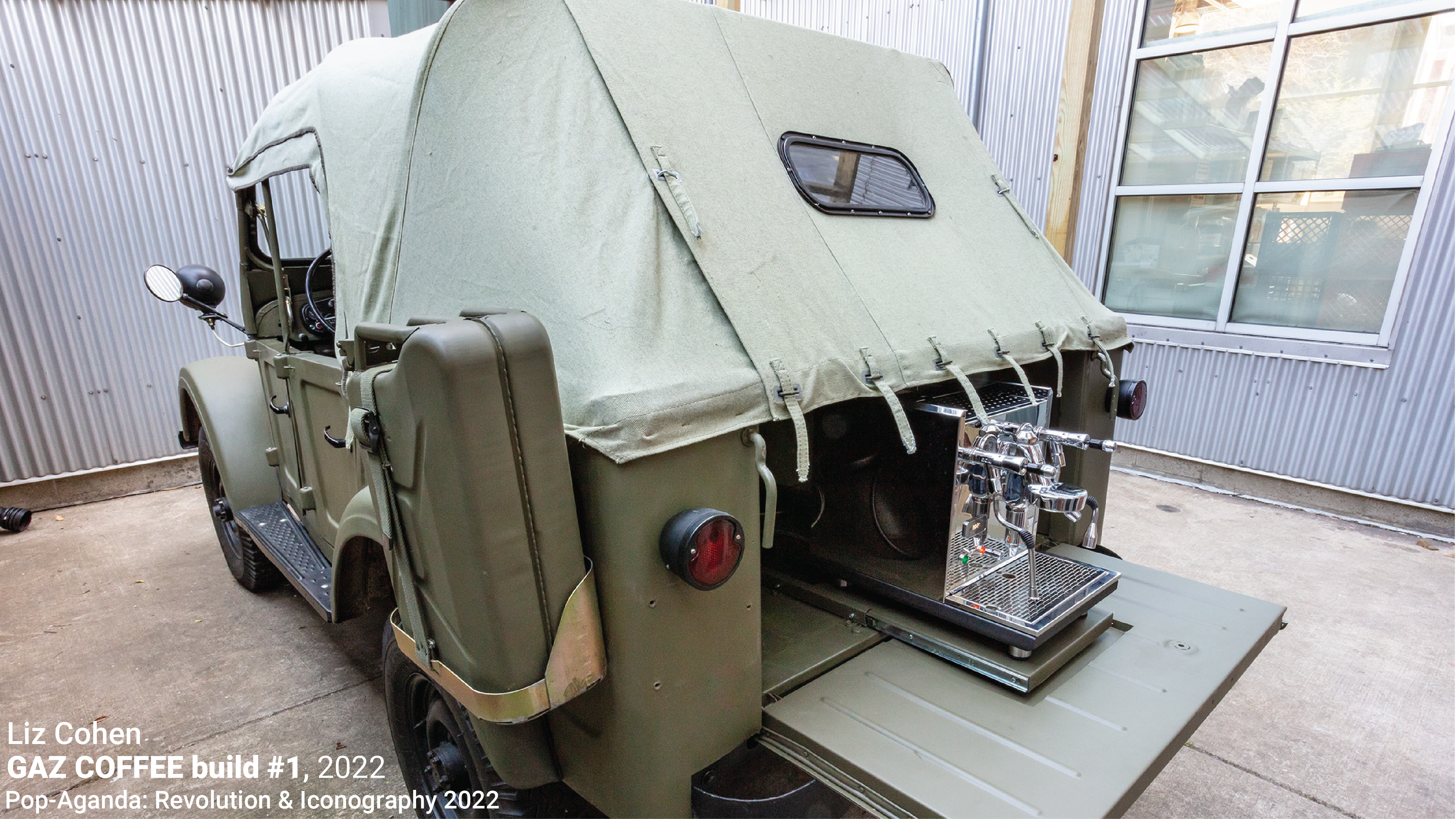 LIZ COHEN is a Colombian American artist best known for her project BODYWORK, in which she transformed an aging East German Trabant into an American El Camino lowrider, and herself into a car customizer and bikini model. In her more recent work, BODY MAGIC, Cohen depicts herself alongside middle-aged lowrider icon, Dazza del Rio, channeling the spirit of a young Lisa Lyon as she was photographed by Robert Mapplethorpe. Cohen’s work has been characterized as examining labor, resistance, and radical self-expression.
http://www.lizcohenstudio.com 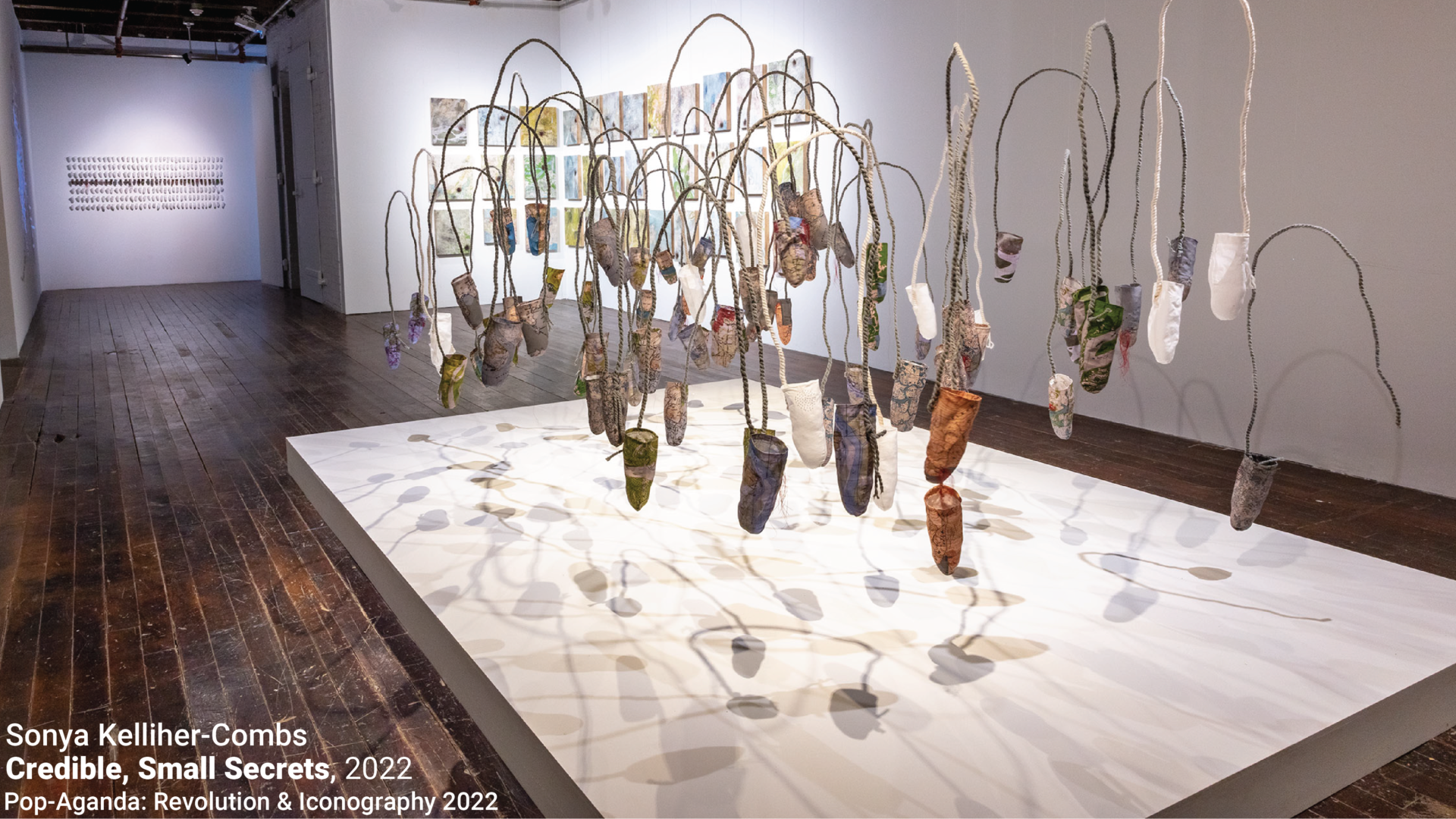 SONYA KELLIHER-COMBS was raised in the Northwest Alaska community of Nome. Her Bachelor of Fine Arts degree is from the University of Alaska Fairbanks and Master of Fine Arts is from Arizona State University. Through her mixed media painting, sculpture and installation Kelliher-Combs offers a chronicle of the ongoing struggle for self-definition and identity in the Alaskan context. Her combination of shared iconography with intensely personal imagery demonstrates the generative power that each vocabulary has over the other. Similarly, her use of synthetic, organic, customary and modern materials moves beyond oppositions between Western/Native culture, self/other and man/nature, to examine their interrelationships and interdependence. Kelliher-Combs’ process dialogues the relationship of her work to skin, the surface by which an individual is mediated in culture.

Kelliher-Combs’ work has been shown in numerous individual and group exhibitions in Alaska, the United States and internationally, including the national exhibition Changing Hands 2: Art without Reservation and SITELINES: Much Wider Than a Line. She is a recipient of the prestigious United States Arts Fellowship, Joan Mitchell Fellowship, Eiteljorg Fellowship for Native American Fine Art, Rasmuson Fellowship and is a recipient of the 2005 Anchorage Mayors Arts Award and 2010 Alaska Governor’s Individual Artist Award. Her work is included in the collections of the IAIA Museum of Contemporary Native Art, Anchorage Museum, University of Alaska Museum of the North, The National Museum of the American Indian and the Whitney Museum of American Art. As an Alaska Native artist and advocate, she has served on the Alaska Native Arts Foundation Board, Alaska State Council on the Arts Visual Arts Advisory, and the Institute of American Indian and Alaska Native Arts Board.
http://www.sonyakellihercombs.com 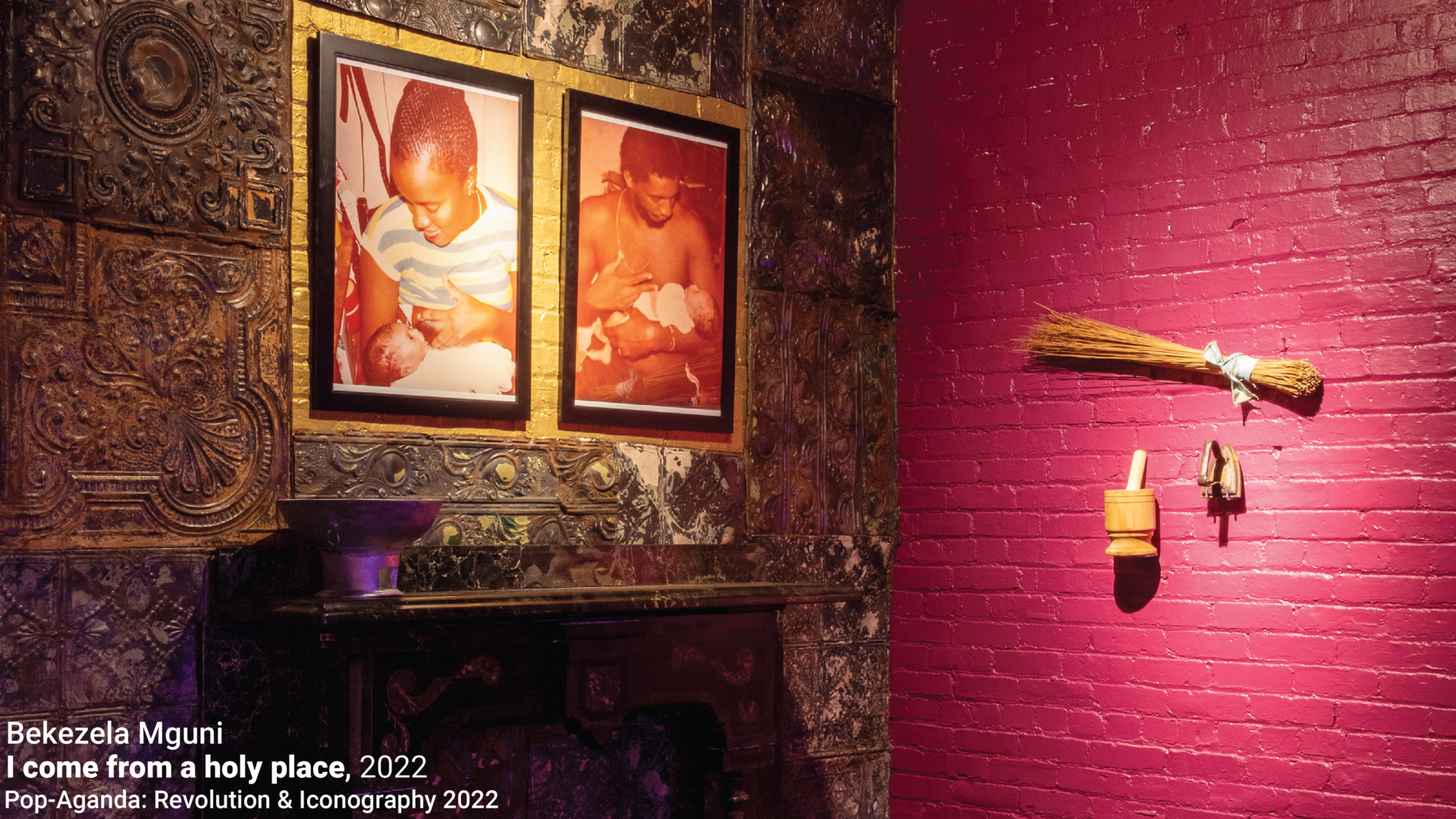 BEKEZELA MGUNI is a queer Trinidadian artist, librarian, birth worker and educator. She is the founder of the Black Unicorn Library and Archives Project, a Black feminist community library. Bekezela is a member of BOOM Concepts, a community space and gallery dedicated to supporting artists and creative entrepreneurs, and serves as the Education Program Director at Dreams of Hope for queer youth arts and leadership.
http://www.bekezelamguni.com 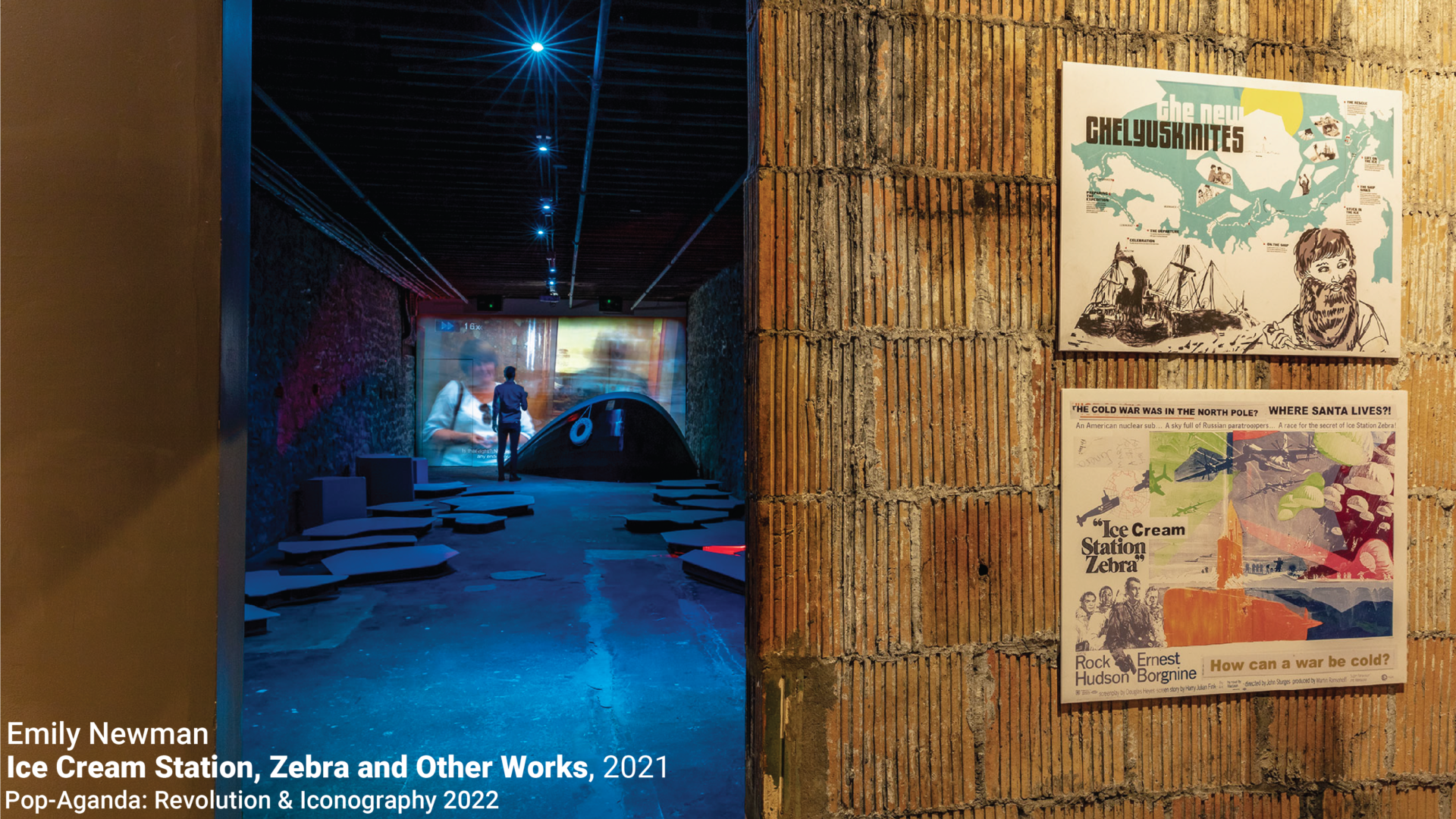 EMILY NEWMAN, born in Singapore and raised in the UK, is currently based in Pittsburgh, Pennsylvania. She received her MFA from CalArts and has shown internationally—including at the Taylor De Cordoba gallery in Los Angeles, the Anna Akhmatova Museum and at Manifesta 10  in St Petersburg, and the Klaus Von Nitchtssagend Gallery in New York. Her work has been critically reviewed in publications such as Art Review, The Los Angeles Times and Artforum Intl.  She received a Fulbright to go to Russia in 2005 and spent the next decade in and around St Petersburg teaching at The Finnish Academy of Fine Arts and at St Petersburg University, where she formed a fledgeling program in Contemporary Art at Smolny College and TOKAMAK, a structured residency for artists on the Finnish island of Suomenlinna that lasted eight years. Today she teaches art full time at Catalyst Academy, an elementary school in the Larimer neighborhood of Pittsburgh, where she continues to look for ways to empower children to make sense of their lived contexts through visual expression. Her works on show at the Mattress Factory draw from the years she spent in Russia and explore methods of attaining self-knowledge through model-building and historical-reconstructions-gone-wrong with children and their families.
http://www.emilynewmanartist.com 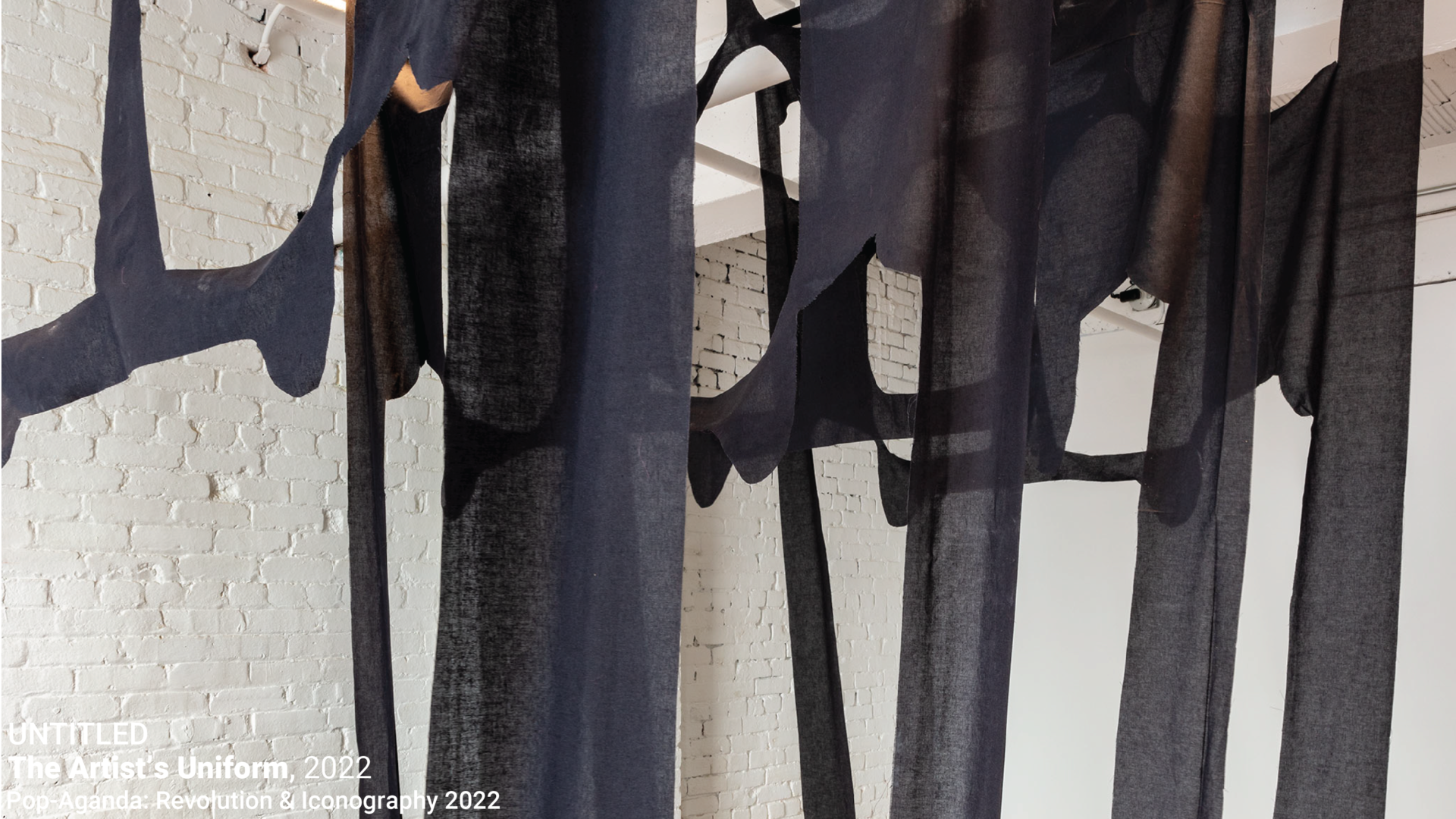 “UNTITLED”: For their safety, the artist has redacted their name and will be referred to as “Untitled.” 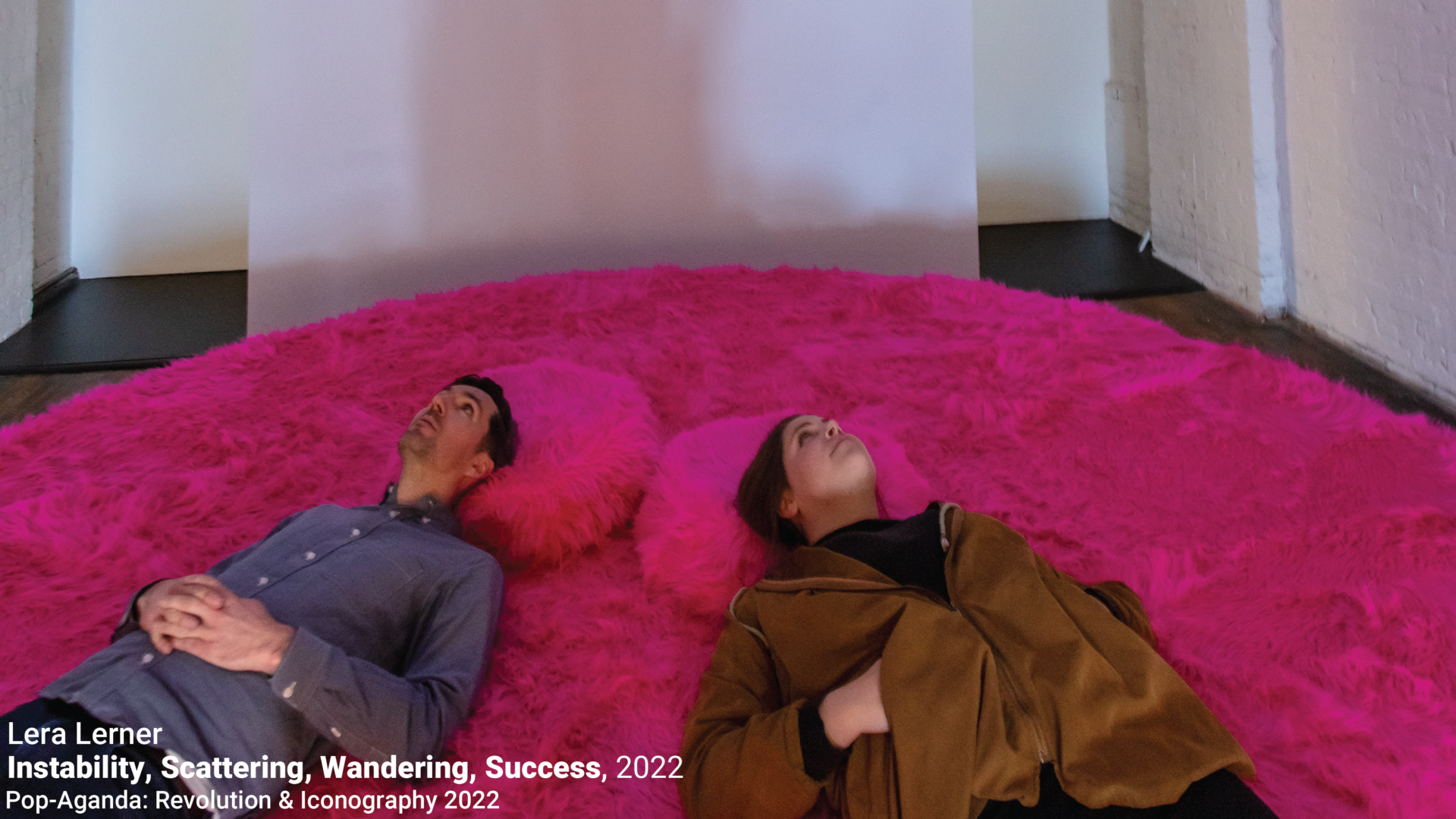 LERA LERNER is a performance and installation artist, an art researcher, curator, founder of the Imaginary Museum of Displaced Persons, and co-curator of the international festival of public art Art Prospect.

Lera graduated from the Pro Arte Program for contemporary artists (2015) and completed the MA program in Biology at the Faculty of Biology of St. Petersburg State University (2012).

Lots of her projects are collaborative and international. She worked with colleagues and with the support from Manifesta biennale, Grafikens Hus and LAVA-Dansproduktion in Sweden, CEC ArtsLink in the US, Ars Electronica in Linz, Pro Helvetia Swiss art consul in Moscow, Red Square Festival in Berlin, Agents of Change: Mediating Minorities in Finland, Kone foundation in Finland, Consulate General of Italy in St. Petersburg, Institut français de Russie.
http://www.cargocollective.com/leralerner 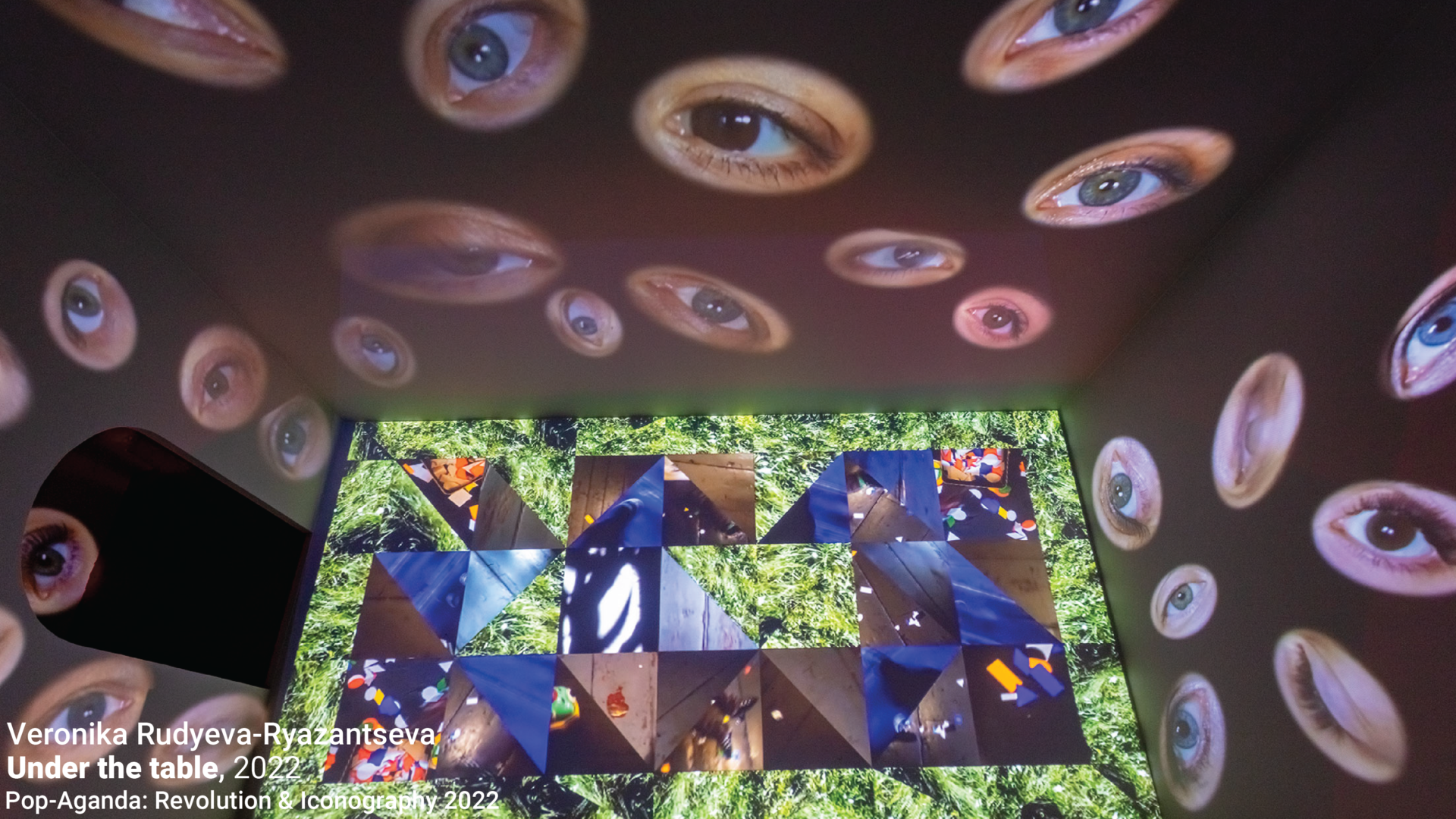 VERONIKA RUDYEVA-RYAZANTSEVA was born in Krasnoyarsk in 1981. Graduated from art school. Surikov, Krasnoyarsk, after, the department of monumental painting of the St. Petersburg State Art Academy named after. Stieglitz 2001 – 2007. From 2005 – 2008 continued her studies at the Institute of Contemporary Art “Pro Arte”. The artist explores issues of identification, posthumanism, the connection between the past and the present. The heroes of the works become symbols: time, place, generation, event. In her exhibition activity she works with different media, combining video, painting, installation and drawing. Participant of numerous Russian and foreign exhibitions, at such venues, as “Winzavod” in Moscow, the Russian Museum, the art center “Korjaamo” in Helsinki, the Ethnographic Museum in Stuttgart, etc. Nominee for the shortlist of the Kuryokhin Prize for 2012. Picturesque and graphic works are in private Russian collections, such as the collection of the Higher School of Economics in St. Petersburg and abroad.Video-work “Cleansing with snow” purchased in the collection of the National Center for Contemporary Art, Moscow.

The artist lives and works in St. Petersburg.
http://www.veronikarrudye.wixsite.com/mysite 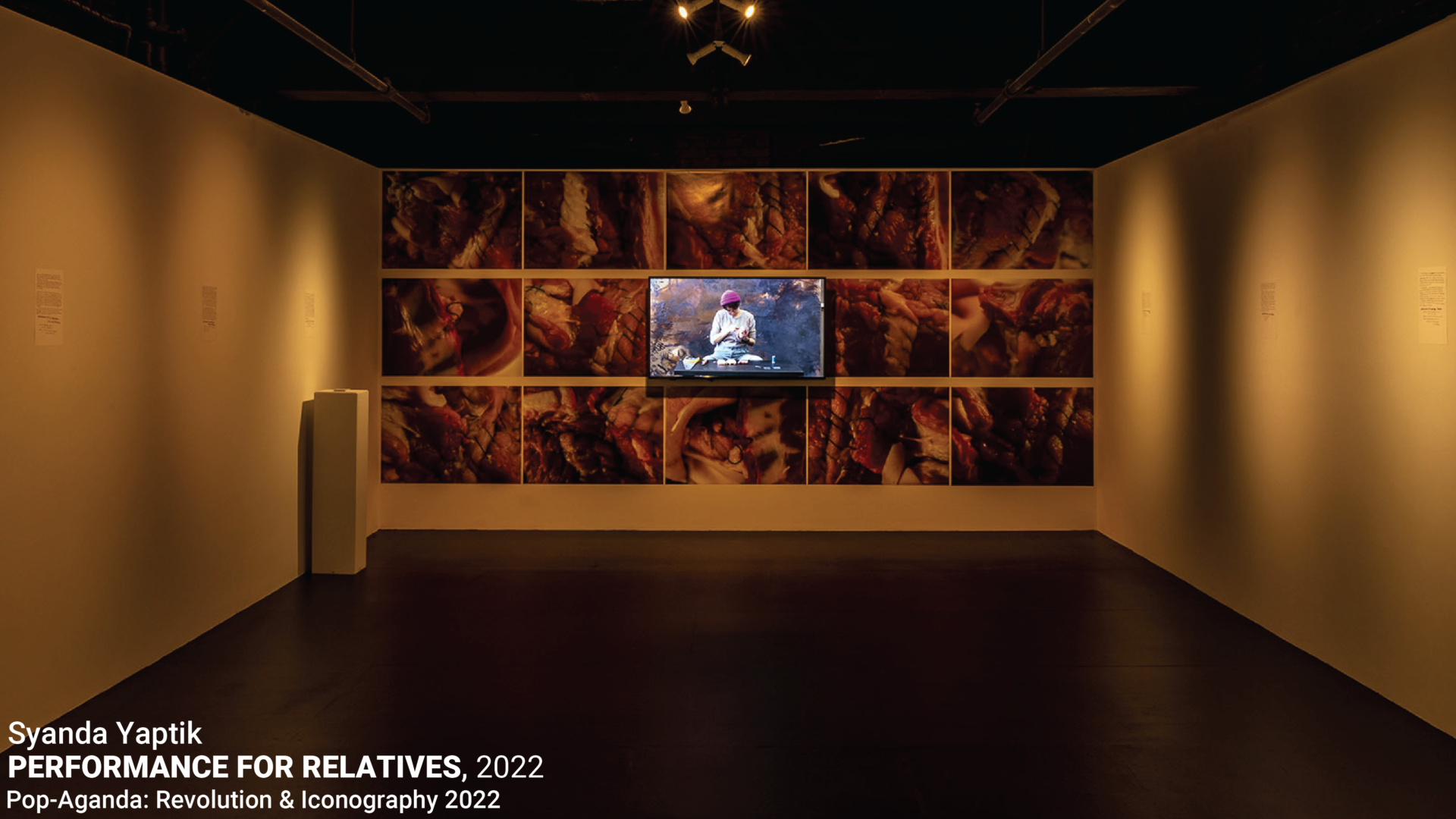 SYANDA YAPTIK is a versatile master of applied homemade anti-magic throughout the world. Syanda grew up in Northern Artic Russia and is from the Nenets Tribe. She often uses family memory as resources for her projects. Her work is performative. She is inspired by memories of family, often building performative actions that are somatic, producing a moving symbol of these stories/memories—to help express the connection she feels to family.
http://www.galinayaptik.wordpress.com/проекты/