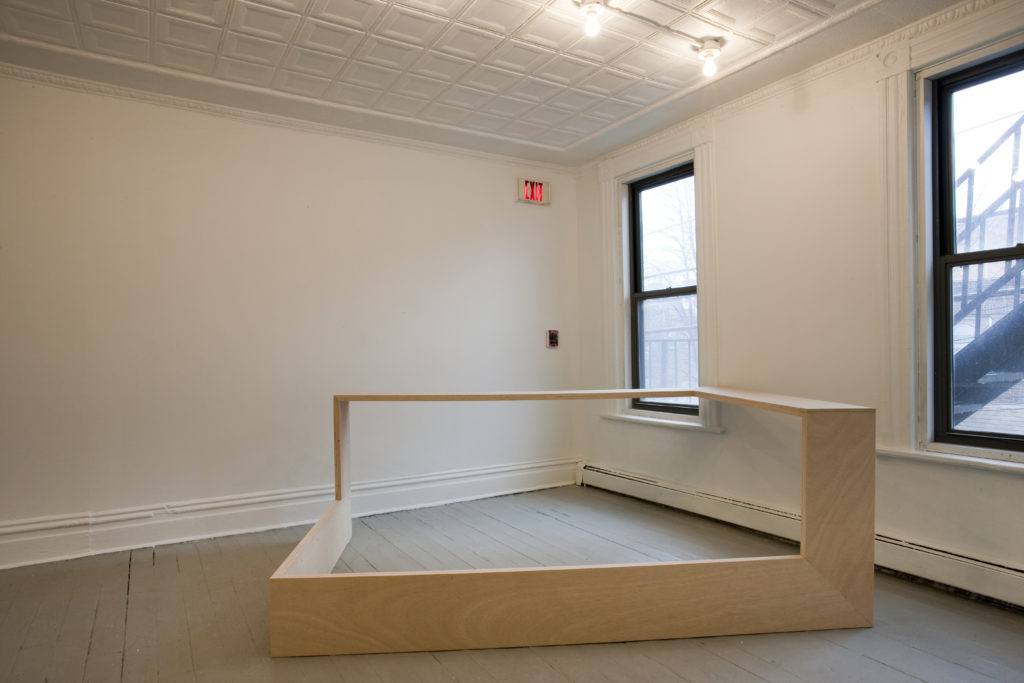 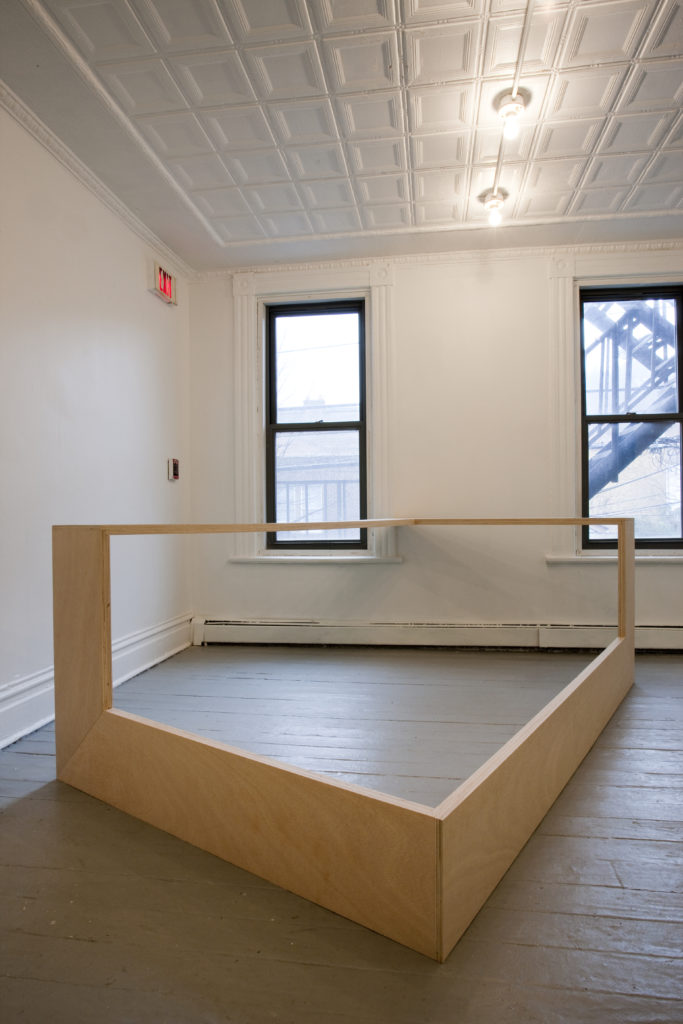 Karl Burke unhinges the natural and the man-made to assert the here and now. Using sculptural installation, sound works, film, photography and ambient site-specific installations, he enacts subtle interventions into both indoor and outdoor spaces. The three works in this exhibition are concerned with our relationship to, and perceptions of, our three-dimensional world endeavoring to form a physical and emotive relationships between the art object, space/place and the viewer. The works explore the logic and the scientific interplay with nature. They question space, place and perception, and affirm the role of the viewer in the construction of environment. Burke draws out a certain inbetween-ness, and the potential of this space, to assert the present. The formal sculptural work, entitled 3.5.8, frames an empty three-dimensional space. Its title, form and scale are determined by the Fibonacci sequence–a recursive series of numbers following the rule that any number is the sum of the previous two. This sequence, first formulated in ancient India, operates mathematically and yet is also found in biological settings. The conflation of mathematical and logical forms with that of nature offers a promise of a rationale to the irrational.

Karl Burke attended the Dun Laoihaire College of Art, Design, and Technology and obtained a degree in Interactive Multi-Media. His work consists of video, photographs, sound works, and installations and he focuses on the perceptions of time and space.