In this project 310-312 Sampsonia Way For Sale by Owner Great Opportunity Nolan presents images from a derelict house on Sampsonia Way Nolan intervenes... 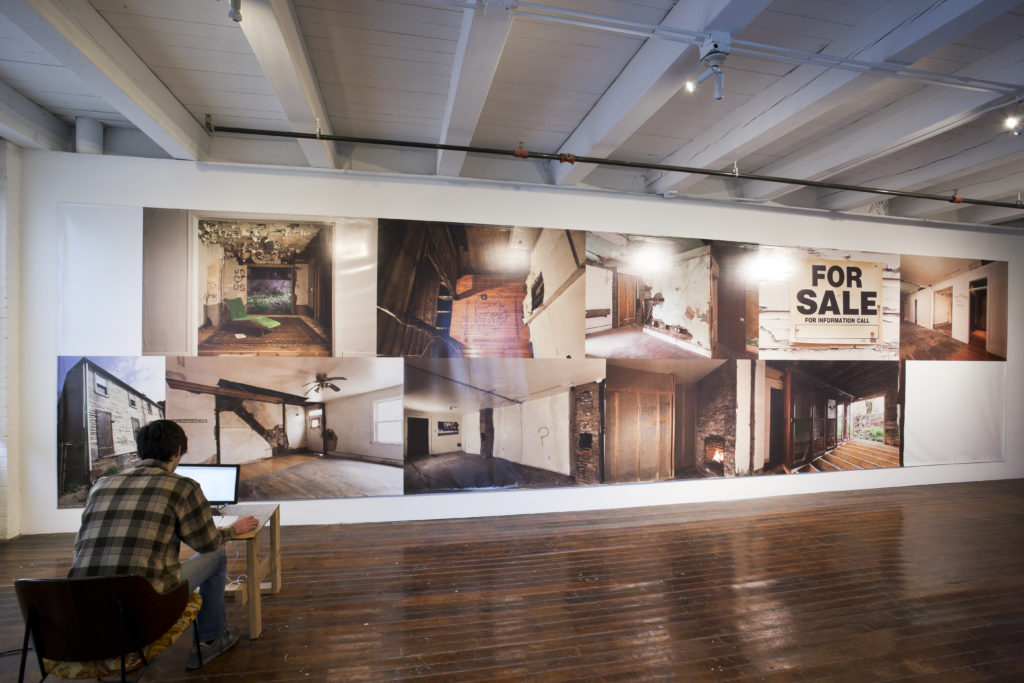 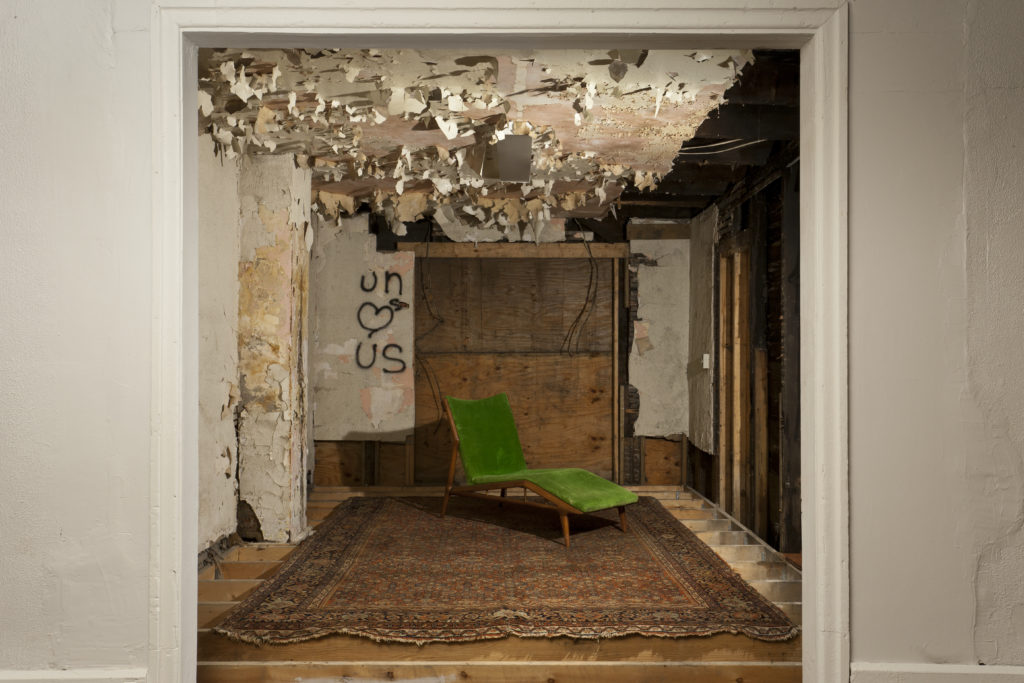 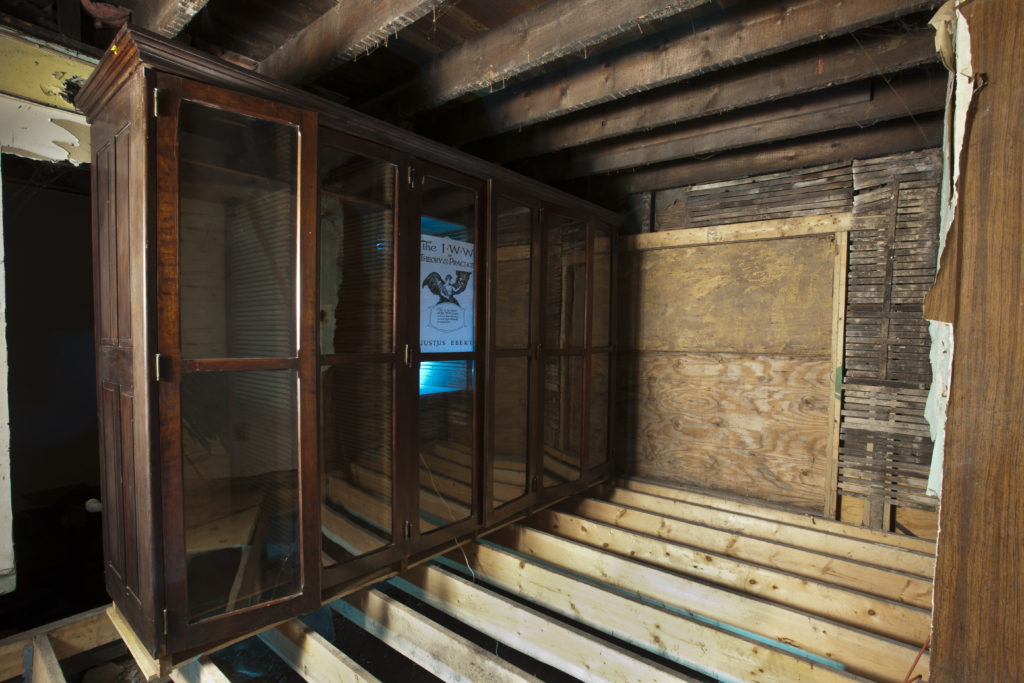 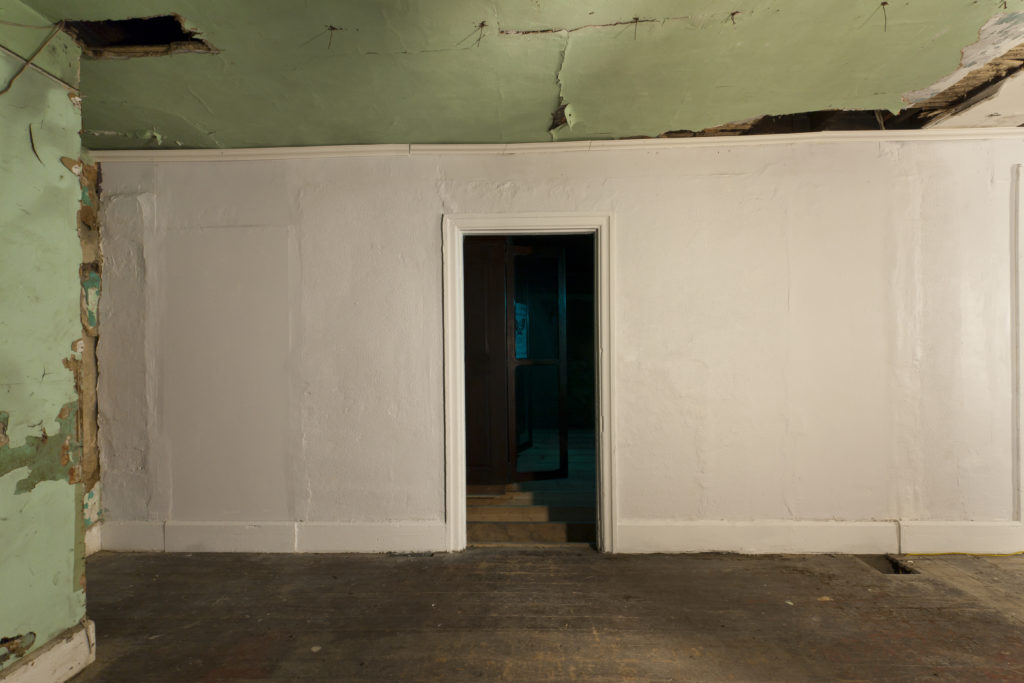 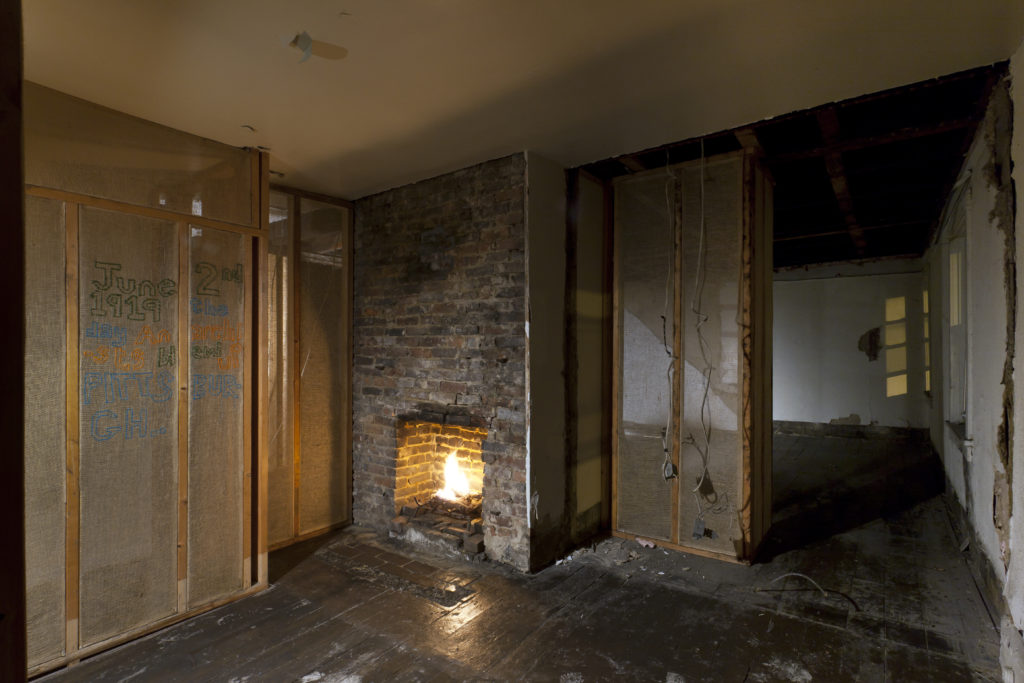 In this project, 310-312 Sampsonia Way, For Sale by Owner, Great Opportunity, Nolan presents images from a derelict house on Sampsonia Way. Nolan intervenes with the everyday process of selling a house, the notion of projected idealism into domestic spaces which we do not know but consume speculatively. Working within the space over a period of weeks, Nolan employed found and existing materials to finish certain elements and draw out architectural forms, making the material work differently within the space and drawing out a particular aesthetic.

The project is presented in the gallery in the form of a large-scale billboard with a selection of the images and a computer displaying the house as is for sale on the website zillow.com. This aesthetic idealism is juxtaposed with subtle references to an alternative histories of Pittsburgh; Andrew Carnegie and Rockefeller’s interest in Eugenics (the study of progressing human breeding), Anarchists misadventure with explosives and mistaken blowing up of their next door neighbor- a judge, and the ambition and formation of the Industrial Workers of the World (or Wobblies) union and its subsequent failure. This project seeks to consider how objects, such as a derelict house, operate within current ideologies. What role do we play in the speculation for the future of a neighborhood, a city or a country? Is this speculation only economic or is there another form of social formation? If so, what is the alternative? In juxtaposing this projection of an ideal space or home with references from the past the tension between a certain idealism and the passage of other histories are drawn out and the premise of social, political, and economic cohesion is undermined and called into question.

Seamus Nolan’s practice investigates the relative value of objects and social processes as they appear within different economies and contexts. He strives to unravel the commonplace, to recognize the inherent structure or code from which we construct and de-construct the world around us. His work is concerned with assembling alternative power relations, energy and possibility, in reconfiguring the everyday as a means to examine or question the purveyors of meaning. “It is necessary to speak about space and resources which surround us in order to develop new experiences for ourselves and our environment”. His work often operates in conjunction with local community groups, and invites both a national and international audience to interact on a very personal level with this local activity, with the piece of work itself, and most importantly, with the context of its presentation.