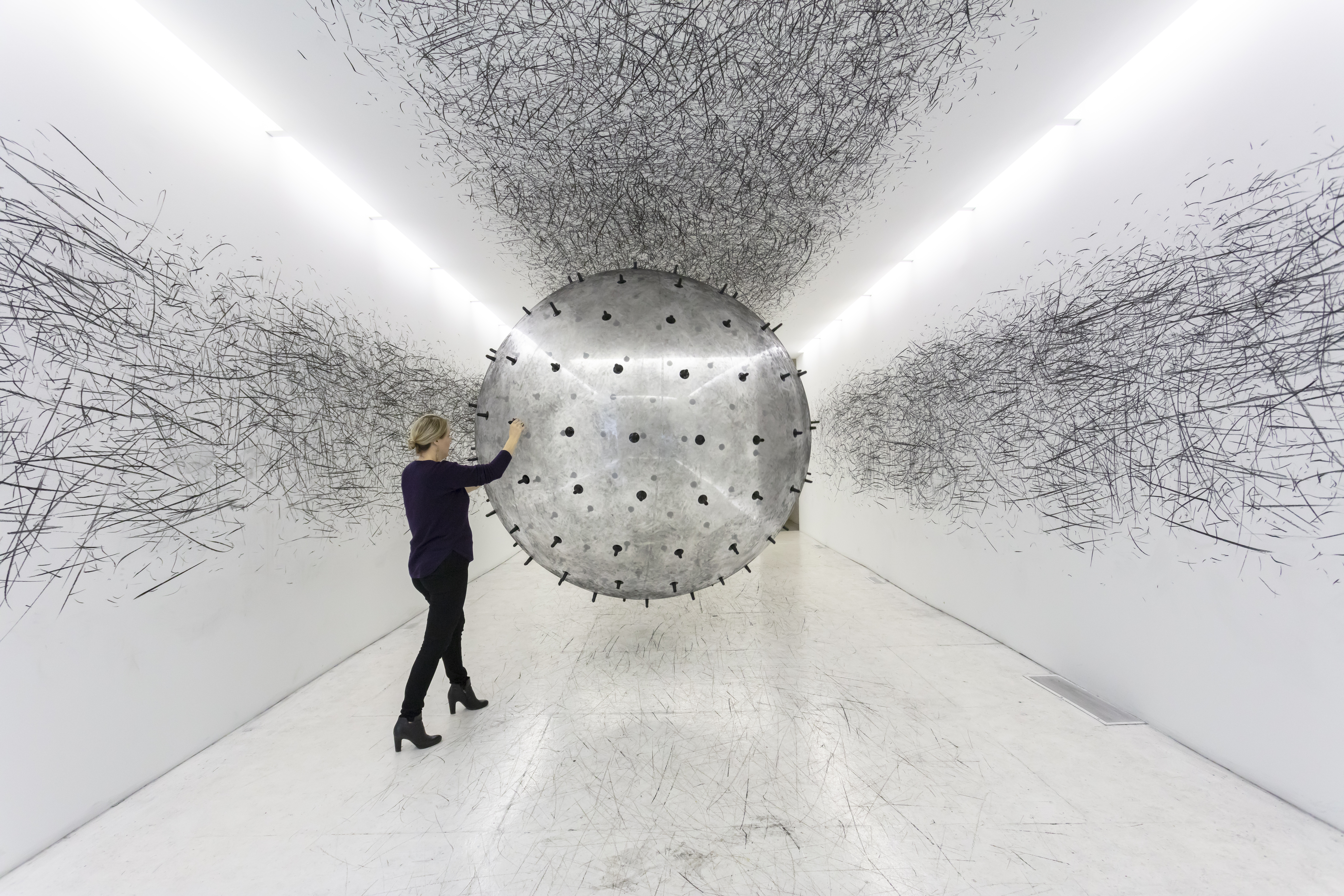 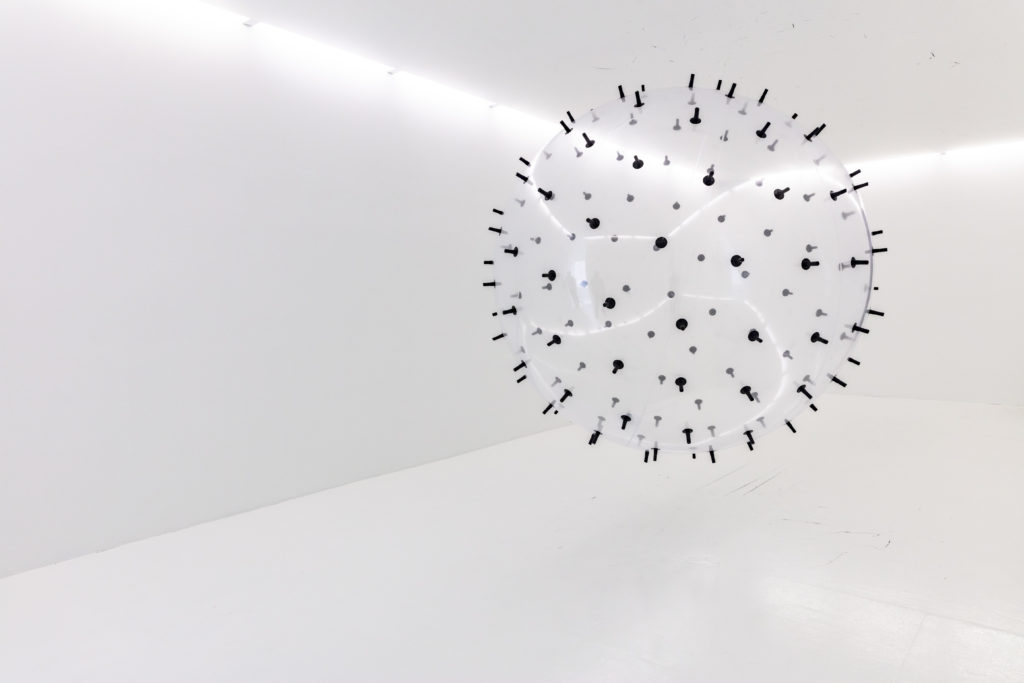 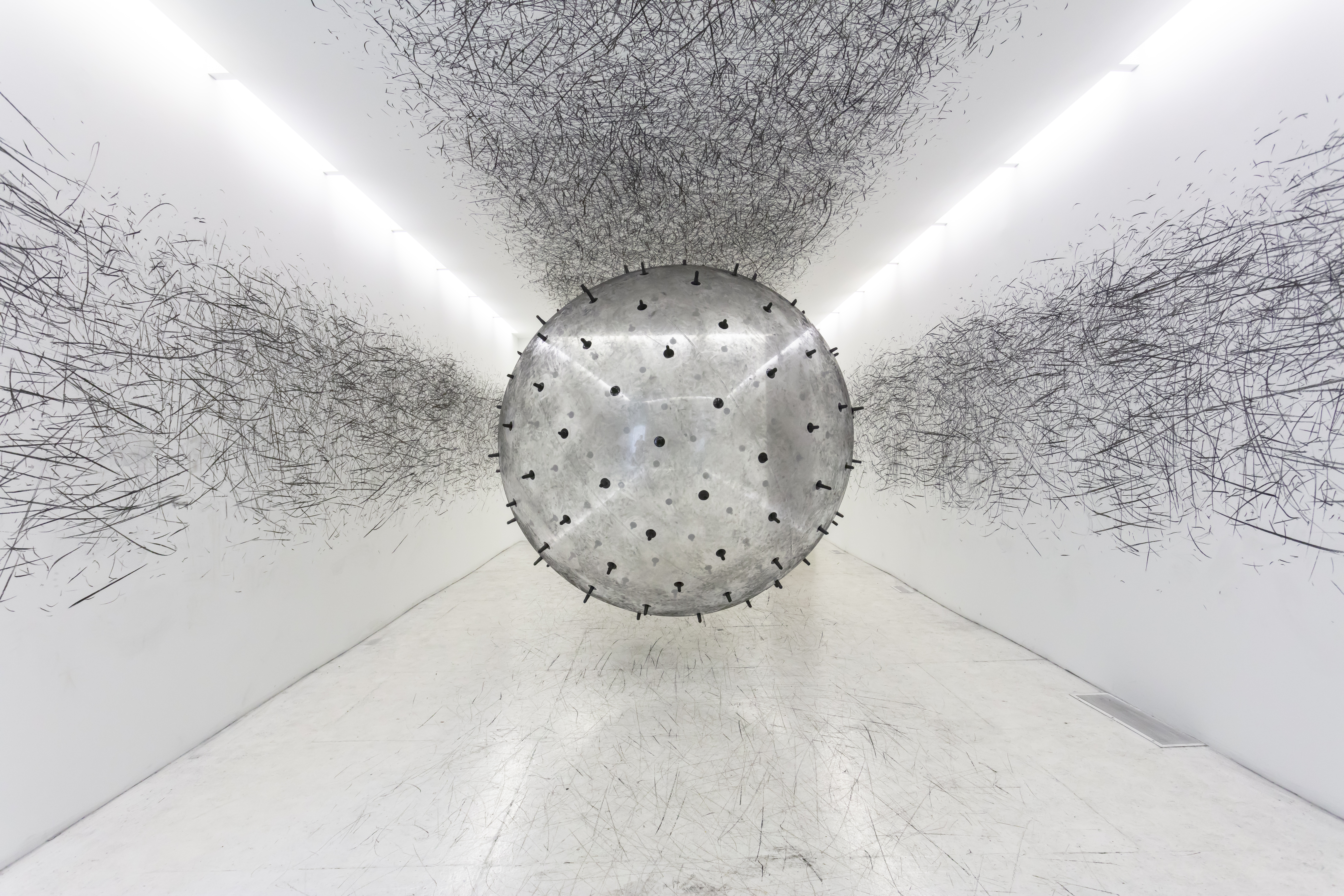 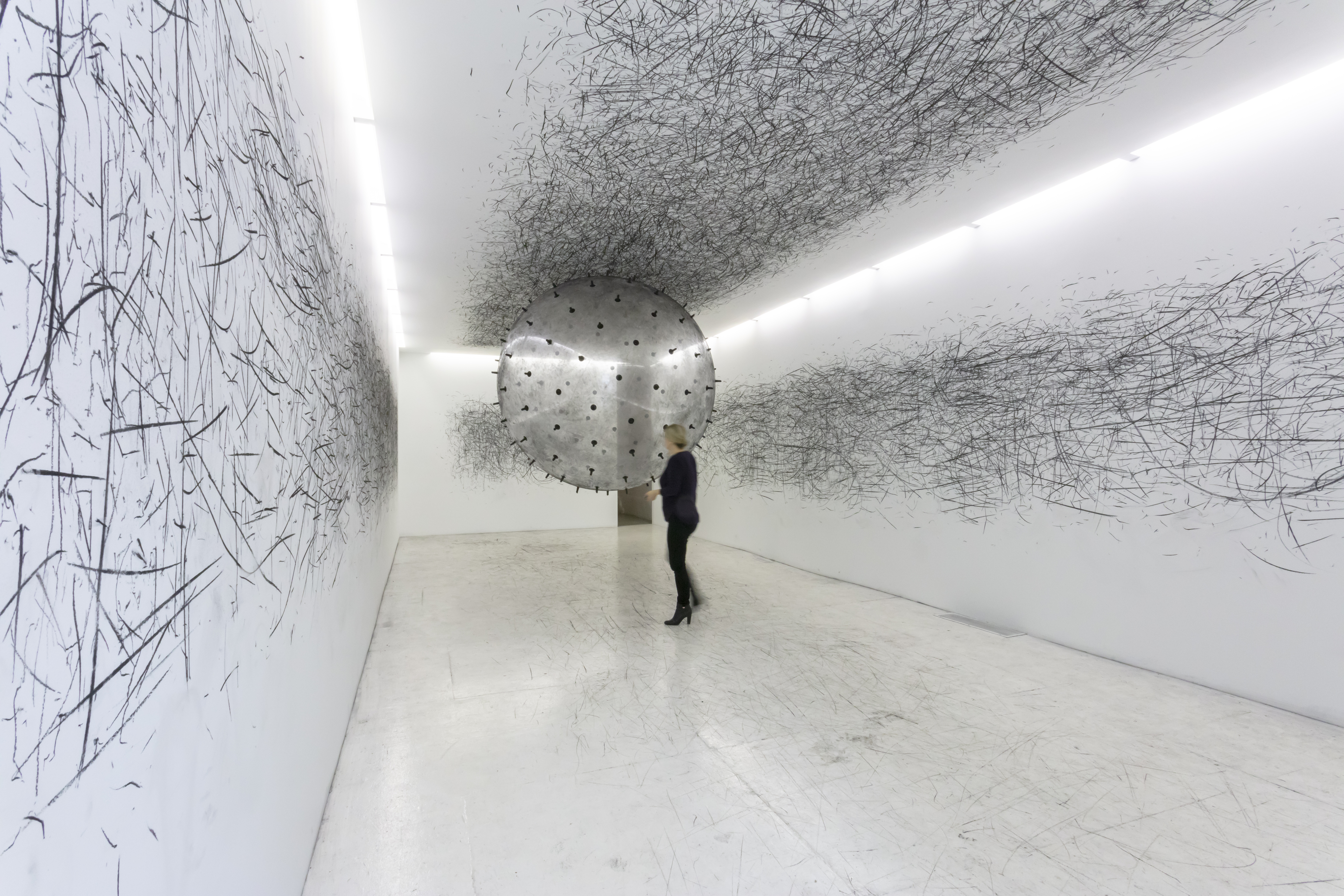 Filled up with helium, floating freely in the gallery, ADA is a transparent, membrane-like globe spiked with charcoals that leaves marks on the walls, ceilings and floors. The globe is put in action by visitors, fabricated in open space, a composition of lines and points which remain incalculable in their intensity and expression. However hard a visitor tries to control ADA, drive her, to domesticate her, they will soon discover that ADA is an independent viral performer, studding the originally white walls with drawings and signs. More and more complicated fabric structures arise. It is a movement experienced visually, which like a computer, makes an unforeseeable output after entering a command.

Not in vain, ADA reminds one of Ada Lovelace, who, together with Charles Babbage, developed the very first prototype of a computer in the nineteenth century. A symbiosis between mathematics and the romantic legacy of her father, Lord Byron, emerged there. Ada Lovelace intended to create a machine that would be able to create works of art, such as poetry, music, or pictures. ADA stands in this very tradition, along with Vannevar Bush, who built Memex Machine (“We wanted the memex to behave like the intricate web of trails carried by the cells of the brain”), and Jacquard’s loom, which needed a punch card in order to weave flowers and leaves.

And still, ADA‘s work is unmistakably humane, because the only available decoding method for these signs and drawings are the associations our brains create when they sleep: the truculent jazziness of our dreams.

Karina Smigla-Bobinski is an intermedia artist based in Munich, Germany. Her work bridges kinetic art, drawing, video, installation, painting, performance and sculpture. She studied art and visual communication at the Academy of Fine Arts in Krakow, Poland, and Munich, Germany, and recently was a Visiting Research Fellow at Bielefeld University’s Institute for Advanced Study. Her work has been shown in 45 countries across 5 continents.