A series of heads is painted on the four walls of the gallery Leaning between two faces on one long wall is a weathered... 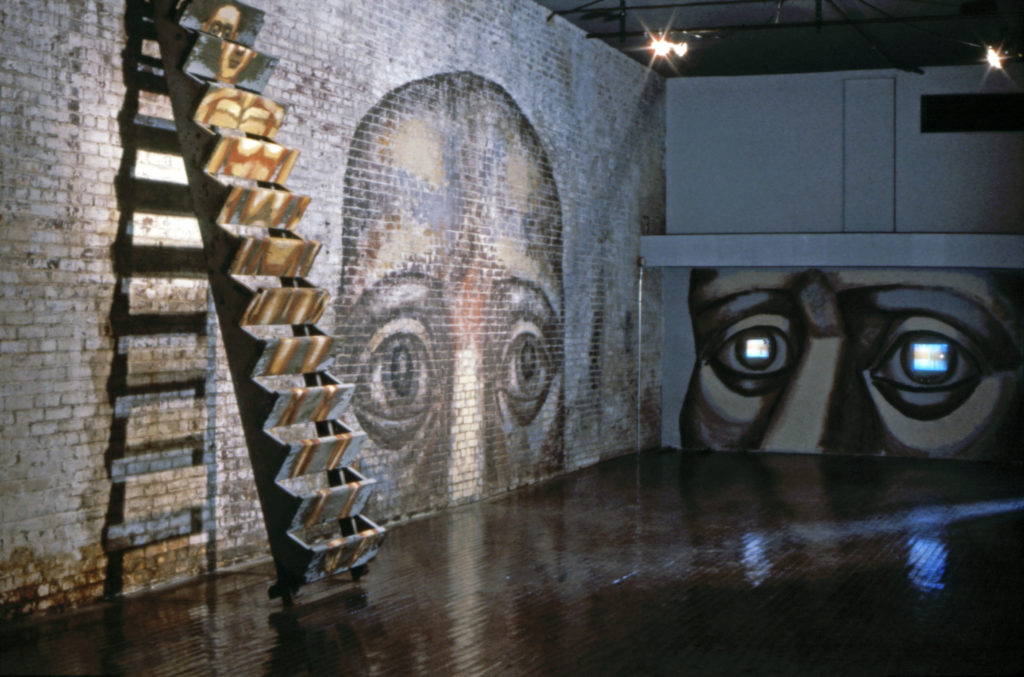 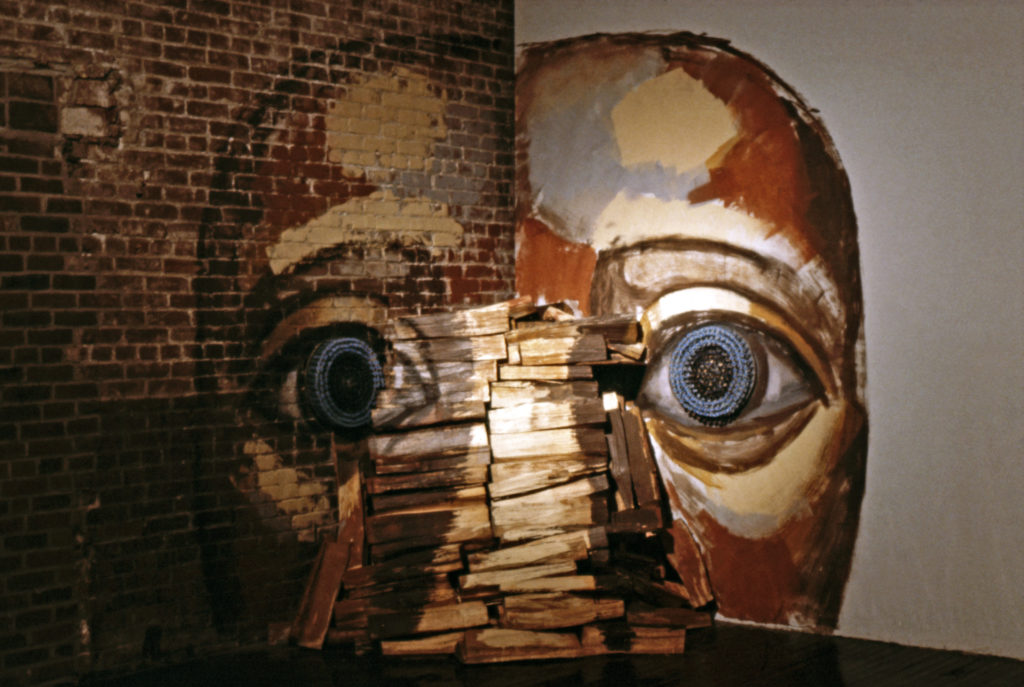 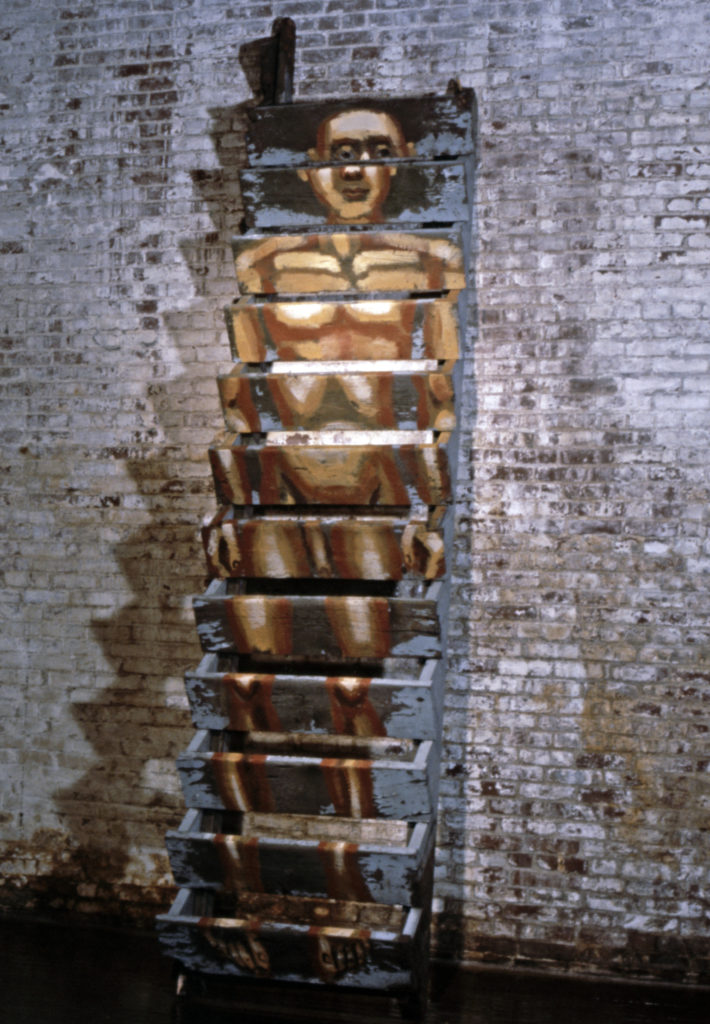 A series of heads is painted on the four walls of the gallery. Leaning between two faces on one long wall is a weathered wooden staircase, a standing male figure painted on its steps. In one corner, a face spans both walls, nose painted onto a stack of firewood, eyes formed with hypodermic needles. The eyes on the head on the far end of the gallery hold television monitors that play a vide tape made of various spaces throughout the building.

Frescoes of Ancient New York Mosaics are exaggerated fragments of faces that create the illusion of permanence. The face is an archetypal symbol in any culture. These brick will iconographic faces recall monumental mosaic portraits from Byzantium and Rome, two decaying cultures with qualities of today’s Moscow (the Third Rom, place of our birth) and New York (the New Babylon where we live now). The video in the eyes of one of the heads is based on the preposterous correlation of the live and canonized face.

Rimma Gerlovina and Valery Gerlovin (Americans, b. Russia, 1951 and 1945) were founding members of the underground conceptual movement in Soviet Russia, described in their book, Russian Samizdat Art. Since coming to America in 1980, they had many personal exhibitions in galleries and museums, including the Art Institute of Chicago. The New Orleans Museum of Art launched a retrospective of their photography, which traveled to venues in fifteen cities. Group exhibitions include: The Venice Biennial; The Guggenheim Museum; Smithsonian’s National Museum of American Art; Bonn Kunsthalle, Germany; Tokyo Metropolitan Museum of Photography; State Tretyakov Gallery Moscow, and others.