The installation records the name of each of the 5 632 artists whose work has appeared in the 51 Carnegie Internationals Obscure names greatly... 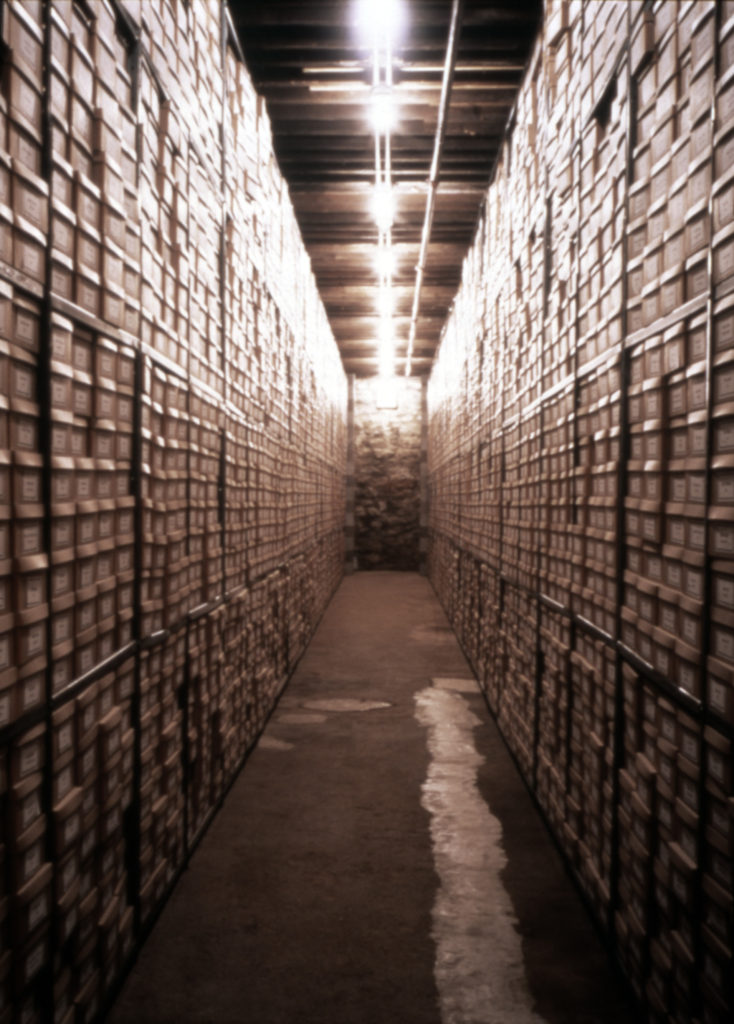 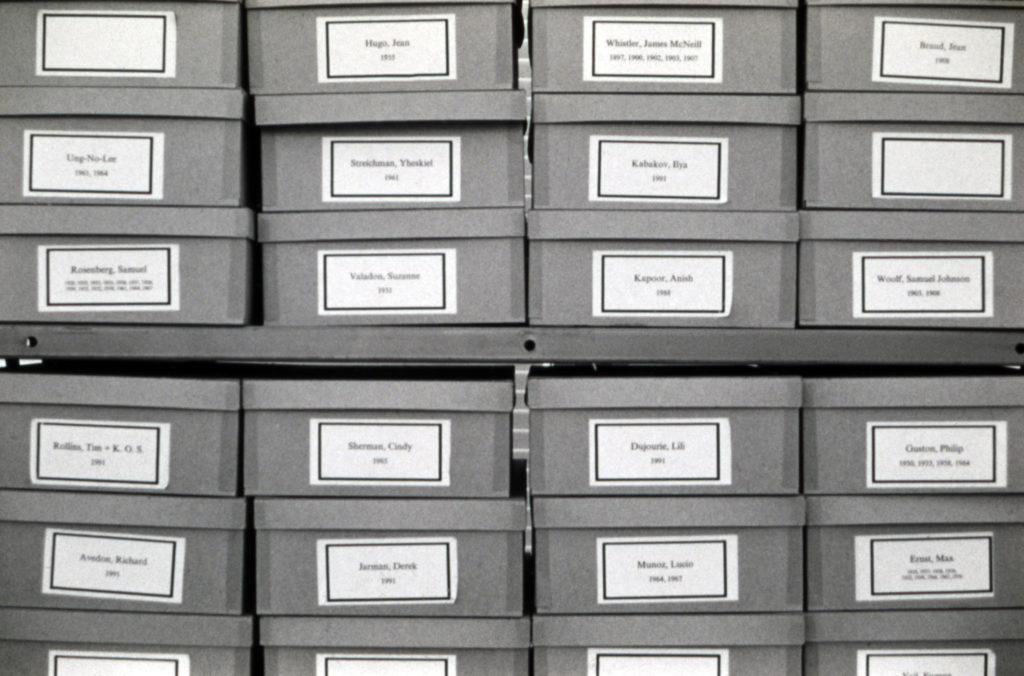 The installation records the name of each of the 5,632 artists whose work has appeared in the 51  Carnegie Internationals. Obscure names greatly outnumber those of famous artists.

Built from gray metal industrial shelving, a long corridor stretches from the door to the far exit of the gallery. The shelves extend from floor to ceiling, completely sealing off the rest of the room. The visitor who walks this long and narrow space sees 5632 cardboard boxes, custom made to fit the space, each bearing the name of an artist and the year of the exhibition. Some artists’ boxes bear several exhibition dates. A few boxes have blank labels to add future artists. Some boxes contain archival material.

A book listing all the names, a kind of directory to the installation and to the Internationals, was created as part of the exhibition.

In collaboration with the 1991 Carnegie International.

Christian Boltanski was born in Paris on September 6, 1944, to a Ukrainian Jewish father and a Corsican mother. He is a photographer, painter, sculptor, and installation artist. Boltanski’s early years were marked by the Nazi occupation of France, which forced his father to go into hiding. In 1958, after leaving school around the age of 12, he began to create plasticine sculptures and painted large-format figurative works centered around macabre historical subjects. He eventually gave up painting in favor of photography and sculpture, and it was around this time, in 1968, that his first solo exhibition, La vie impossible de Christian Boltanski (The Impossible Life of Christian Boltanski), was held at the Thétre le Ranelagh, Paris. The artist culls photographs from vernacular sources such as postcards, newspapers, police registries, and family photo albums, creating vast groupings or installations of these mementos that merge everyday life with high art. His work deals with the concepts of loss, memory, childhood, and death, often functioning as memorials or shrines to collective cultural rituals and events. Many of his installations may reference the lives lost in the Holocaust, striking both collective societal and personal chords.

Shortly after his first solo exhibition, he published his first books, Recherche et présensation de tout ce qui reste de mon enfance, 1944–1950 (Research and presentation of all that remains of my childhood, 1944–1950) and Reconstitution d’un accident qui ne m’est pas encore arrivé et o j’ai trouvé la mort (Reconstitution of an accident which has not yet happened and where I found death), both in 1969. During the 1970s Boltanski participated in a number of important shows, exhibiting at the Musée d’art moderne de la Ville de Paris (1970); Documenta 5 in Kassel, Germany (1972); Staatliche Kunsthalle Baden-Baden, Germany (1973); and Venice Biennale Architettura (1975). Since the 1970s he has participated in many other important exhibitions, including Documenta 8, Kassel (1987), and more recently has had solo shows at the Institut Mathildenhöhe, Darmstadt, Germany (2006); La maison rouge, Fondation Antoine de Galbert, Paris (2008); and Kunstmuseum Lichtenstein, Vaduz (2009).

He received the Kaiserring prize from the city of Goslar, Germany (2001), and the Nord/LB, Braunschweig art prize later that same year. He was awarded the Praemium Imperiale for sculpture by the Japan Art Association (2006). Boltanski lives and works in the Malakoff neighborhood of Paris with his wife, Annette Messager, with whom he occasionally collaborates on projects.