In Diago 8217 s Ascending City a disordered configuration of burnt wooden boxes seems to reference the overcrowded living conditions of many black Cubans... 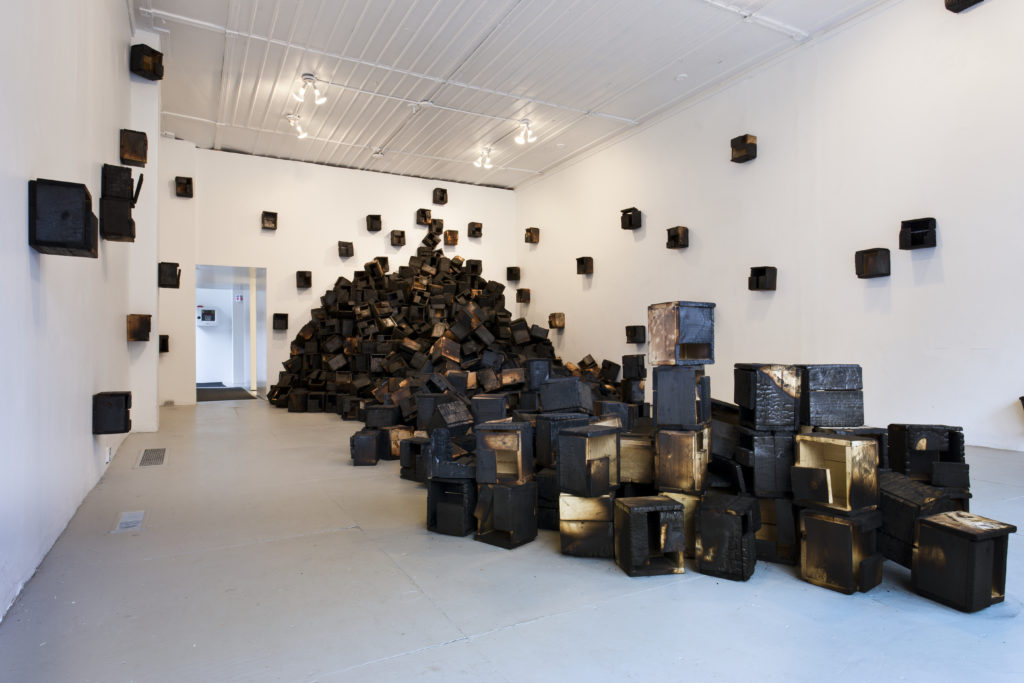 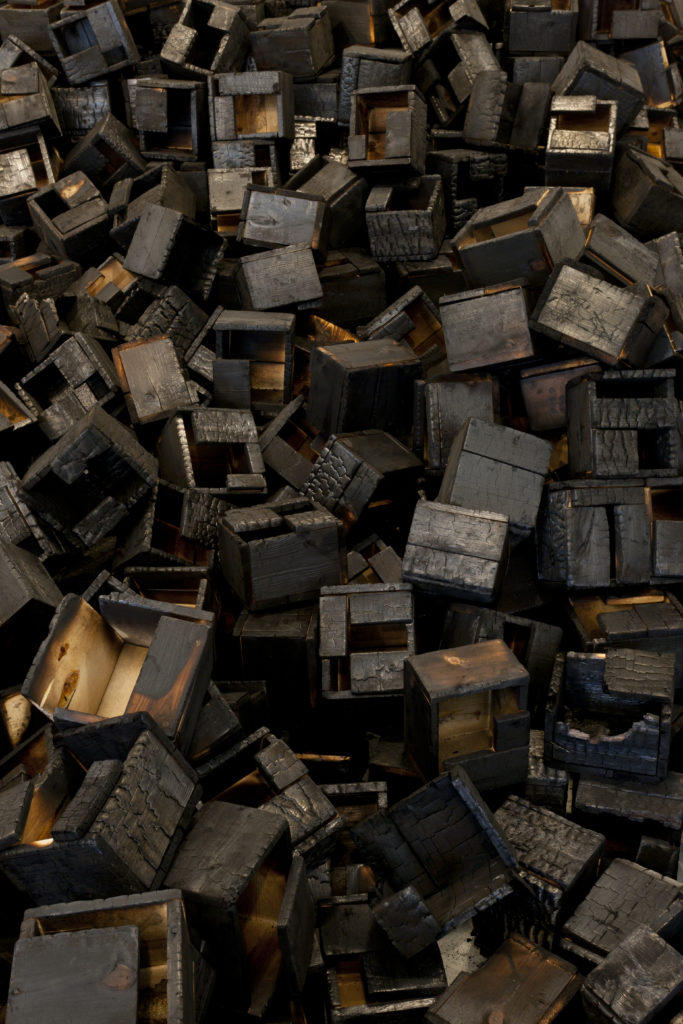 In Diago’s Ascending City, a disordered configuration of burnt wooden boxes seems to reference the overcrowded living conditions of many black Cubans. The smell of charred wood contributes to the work’s overwhelming feeling of deterioration.

Juan Roberto Diago graduated from the Academia de Artes Plásticas “San Alejandro” in 1990. Ana Belén Martín Sevillano, Assistant Professor of Spanish and Cultural Studies at Queen’s University, identifies two common threads running through Diago’s work: political intent and the black esthetic. First, the Cuban state does not provide its citizens with legitimate institutional channels for questioning the position of the government. Consequently, many Cubans–like Diago–have turned to film, literature, painting, etc. to express their political views. Second, Diago’s work is characterized by a specifically black esthetic. Every aspect of his artwork–from the themes to the materials–corresponds to an aspect of the Afro-Cuban experience: “the skin as a mark of identity, the socioeconomic conditions in which the Afro-Cuban community has traditionally lived, as well as its cultural heritage and historical memory.”