Clay pots with light brown ash inside, and moving and sometimes jumping dark sounds (some are quiet but these are difficult to understand). 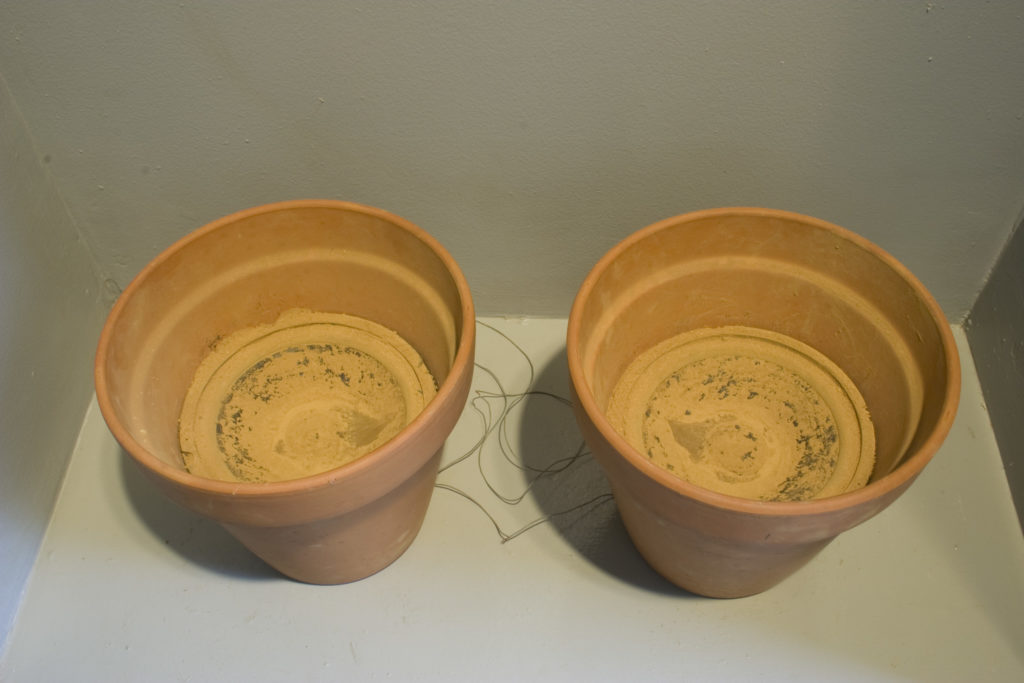 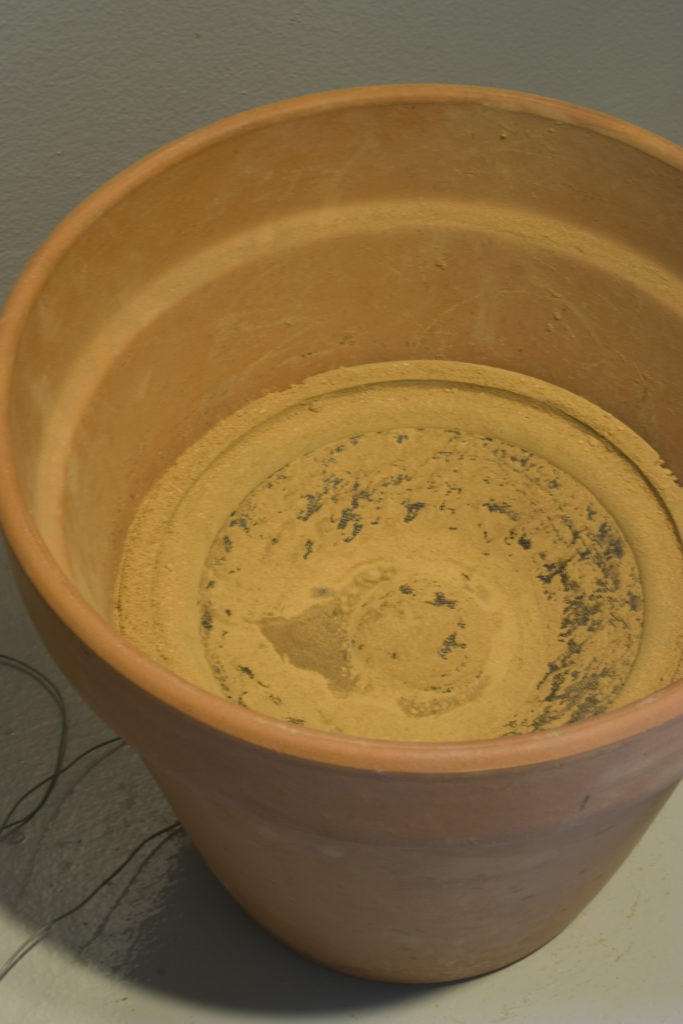 Julius recorded ordinary sounds, such as birds, radiators, and crickets, and patched them together into a collage of sound. This “music” plays from speakers inside flower pots. They are covered with an orange ash (from German coal-burning fireplaces) that seems to be dancing. It is as though the ash is making the sound “visible.” It moves differently with every sound.