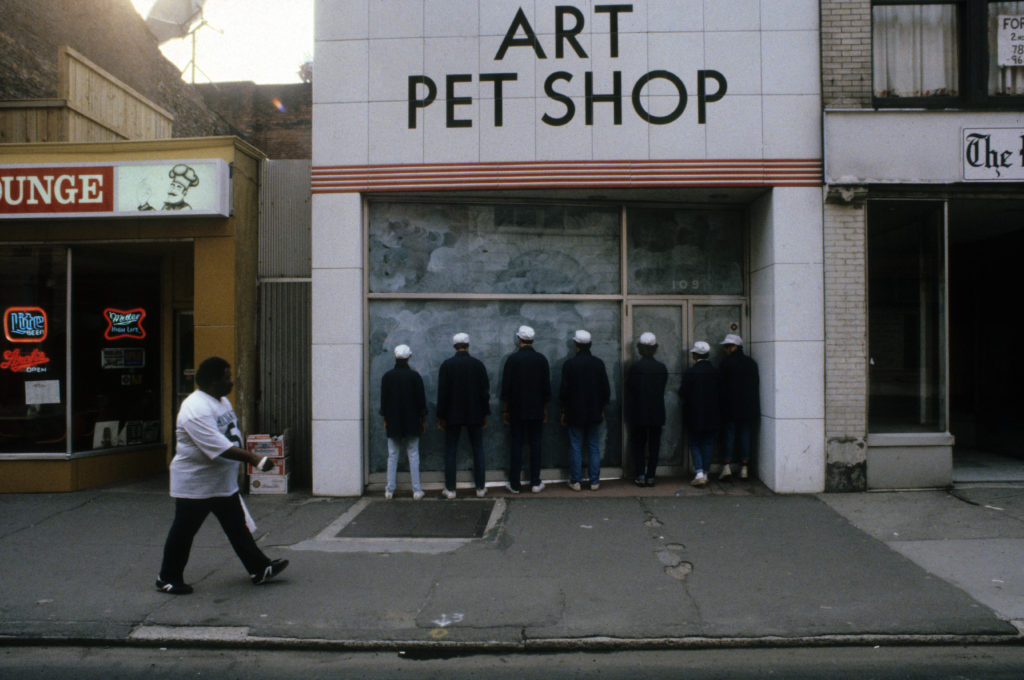 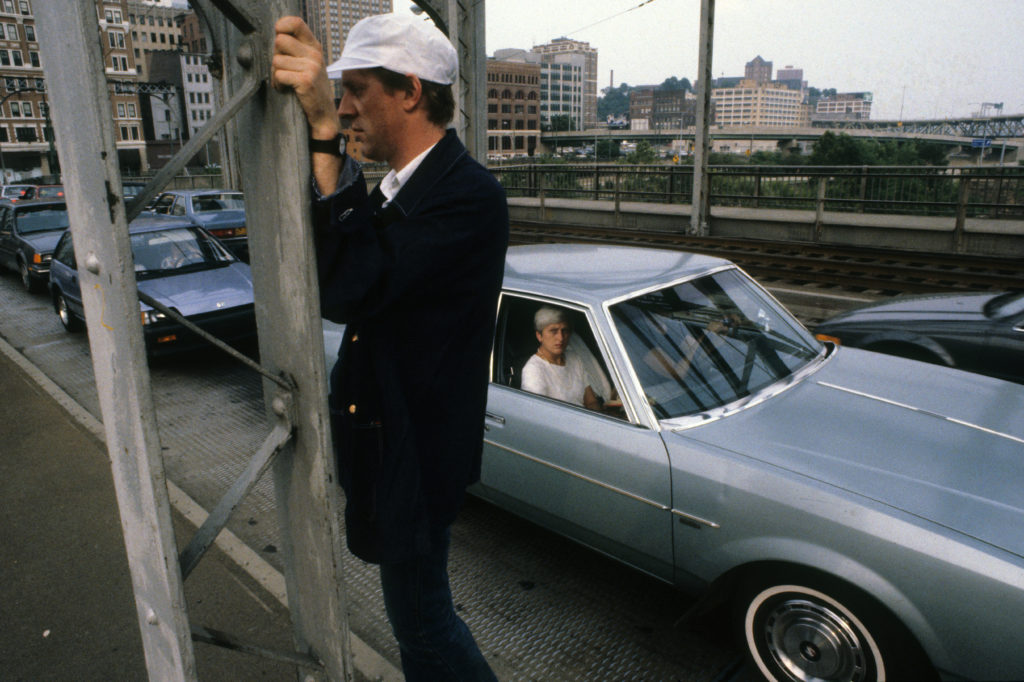 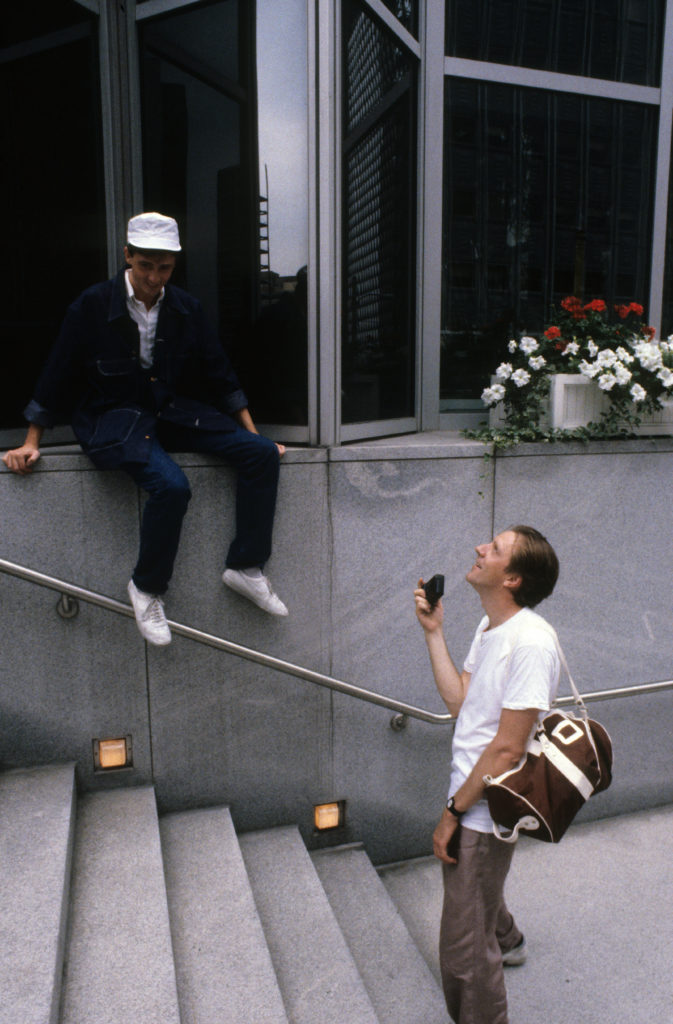 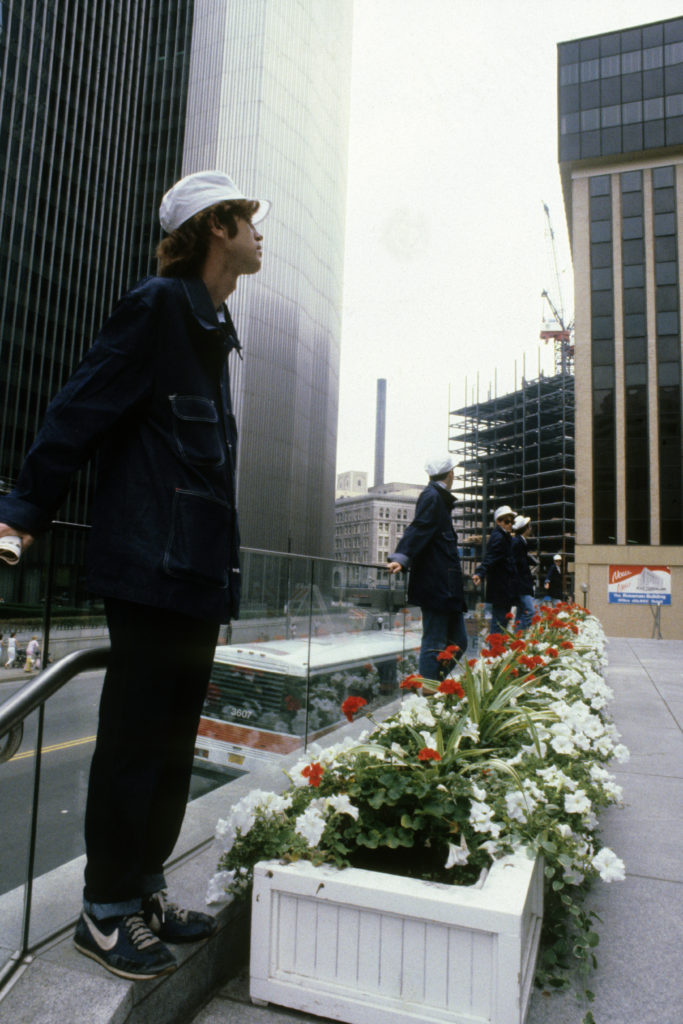 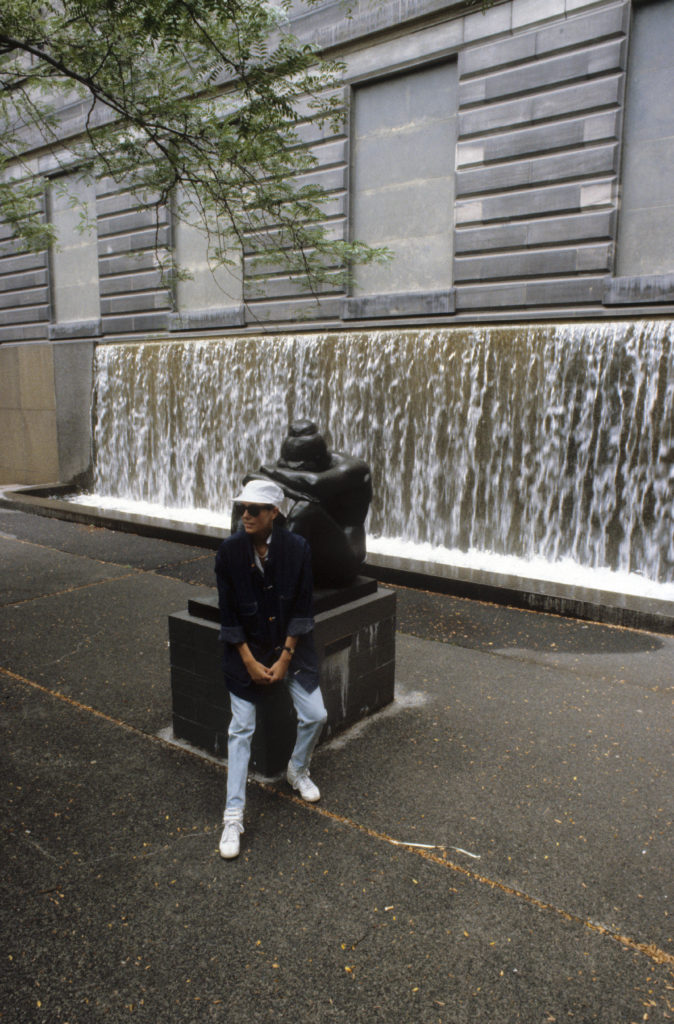 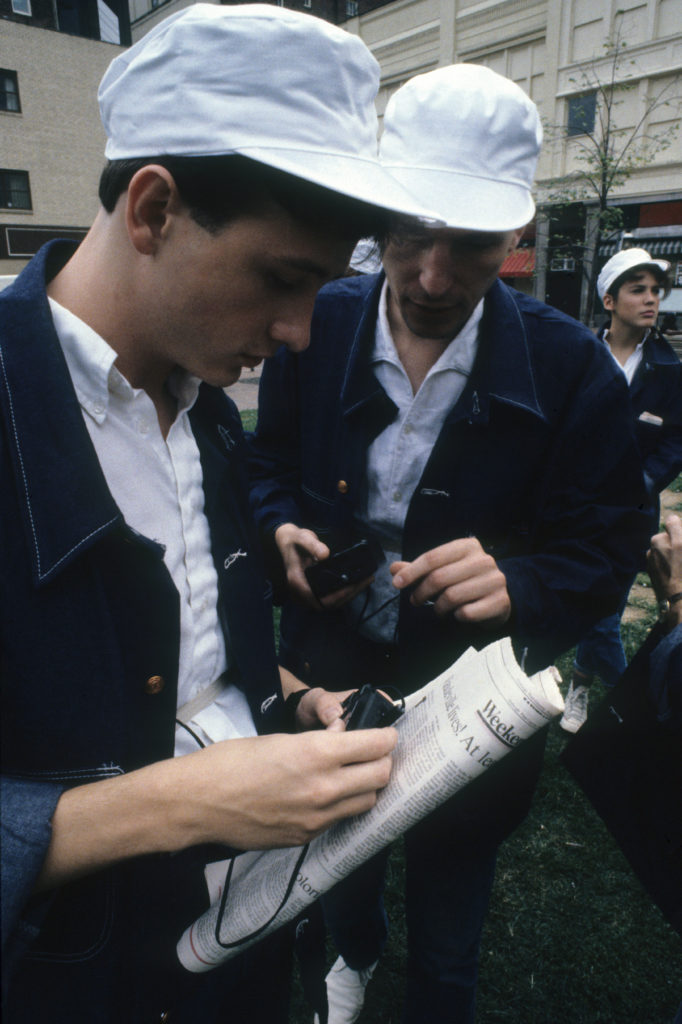 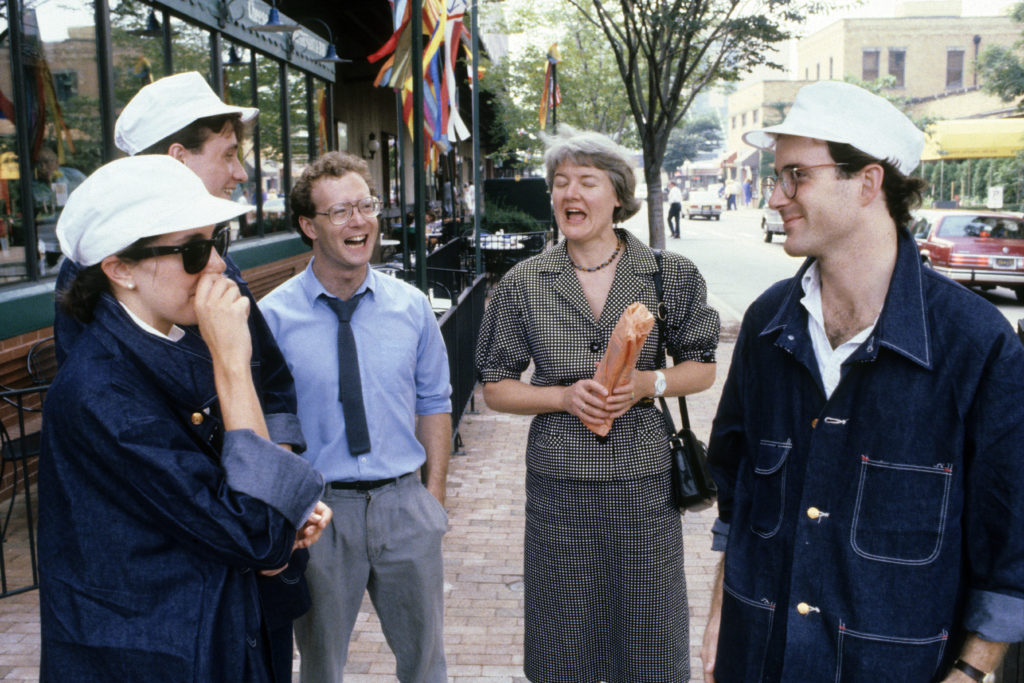 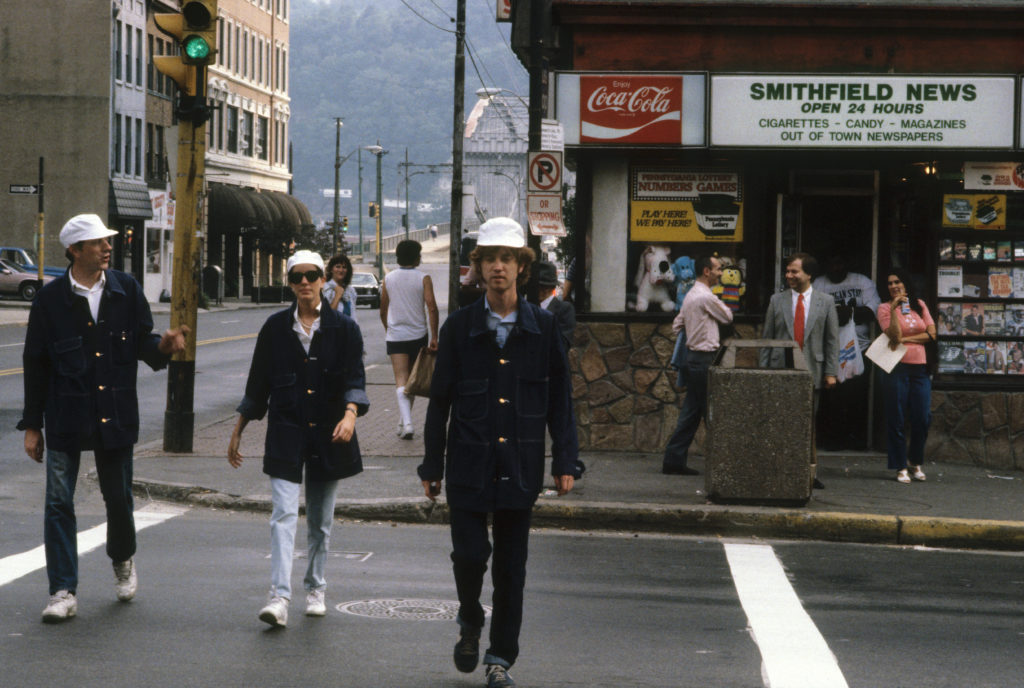 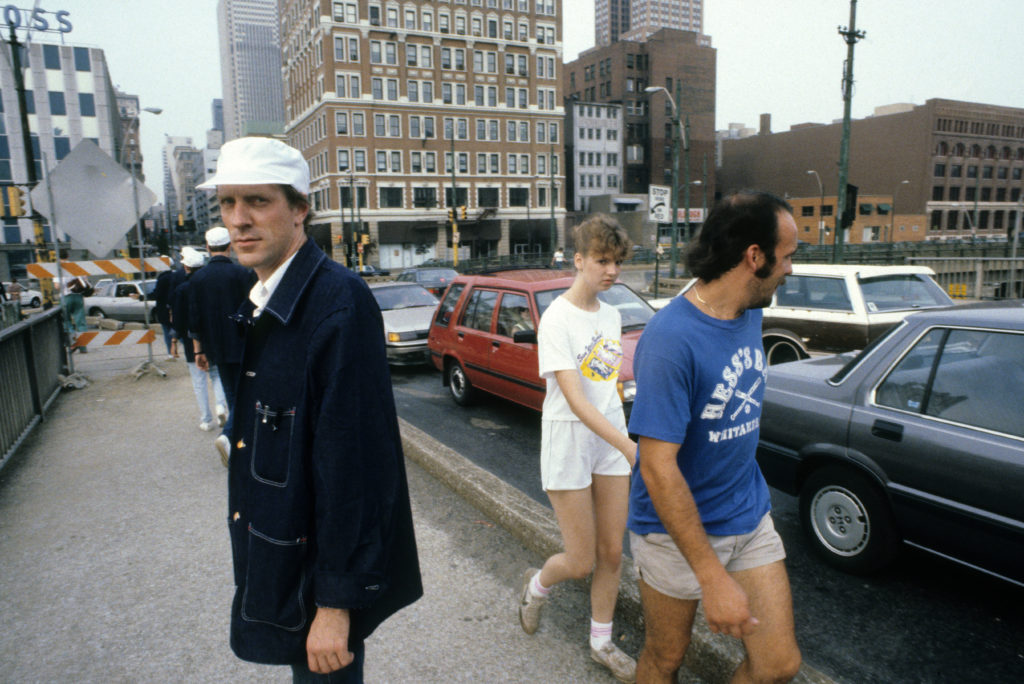 Seven ordinary people walked through busy parts of town (Downtown Pittsburgh, Oakland and Shadyside) dressed in ordinary, but identical, denim pants and jackets and white painters’ caps. Nonchalant, they moved in a group or alone, waiting for buses, reading newspapers, window shopping. In their wake was laughter. Bees buzzing. Telephones ringing. Loud hammering. Unintelligible words in another language. Commotion. Coming from them, in unison, broadcast from circular speakers hidden under their jackets, attached to concealed tape players.

The American premiere of the Audio Jackets happened in Pittsburgh in August of 1986. The way the guards and the policemen reacted was like we were spreading sounds like dog shit on the sidewalks. But the bums on Market Square said “Amen to that.”

Benôit Maubrey was born in Washington, D.C. to French Parents in 1952.  In 1975 she attended Georgetown University in Berlin and she received her Bachelor of Arts. She is the co-founder of Kuntspflug, a non-profit arts organization. She does electroacoustic Sculptures. She attaches speakers to objects and the public can ‘speak’ from via bluetooth. She currently lives and works in Berlin.