A darkened room houses a video reanimation of Eadweard Muybridge 8217 s 1885 photographic sequences of a bird in flight The twelve consecutive photographs... 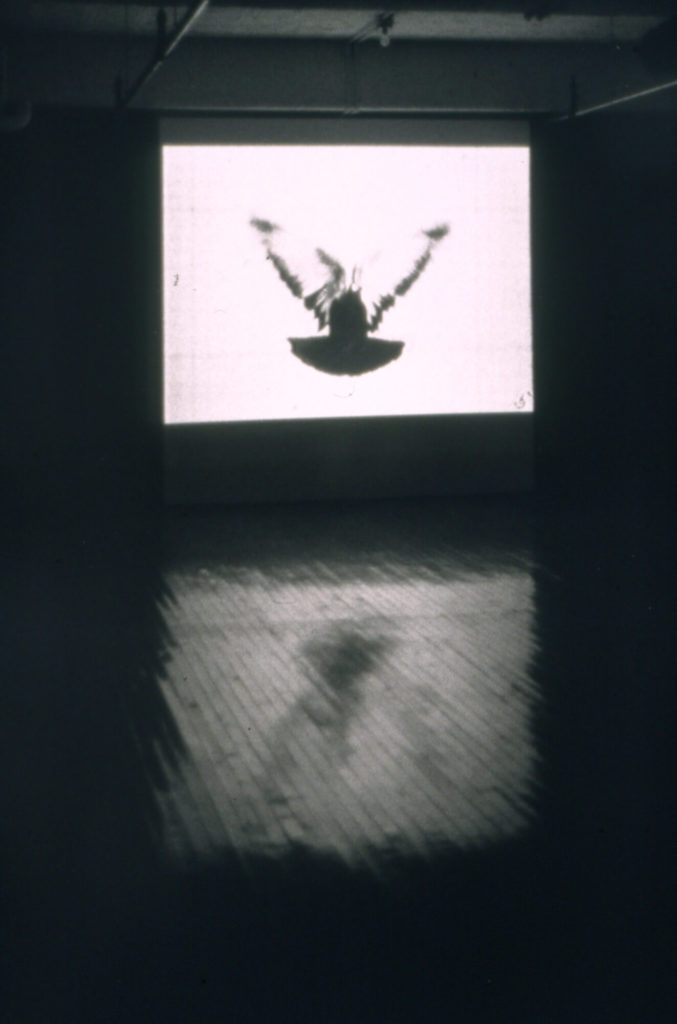 A darkened room houses a video reanimation of Eadweard Muybridge’s 1885 photographic sequences of a bird in flight. The twelve consecutive photographs, transferred to video and projected larger than life, repeat continuously.

Kiki Smith has been known since the 1980’s for her multidisciplinary practice which relates to the human condition and the natural world. Smith uses a broad variety of materials, continuously expanding and evolving a body of work that includes sculpture, printmaking, photography, drawing and textile.

Smith has been the subject of numerous one-person exhibitions worldwide including over 25 solo museum exhibitions. She is a member of the American Academy of Arts and Letters and the American Academy of Arts and Sciences and has been the recipient of several awards including the 2012 National Medal of Arts, conferred by Hillary Clinton; the 2010 Nelson A. Rockefeller Award, Purchase College School of the Arts; the 2009 Edward MacDowell Medal, the Skowhegan Medal for Sculpture in 2000, a Lifetime Achievement Award from the International Sculpture Center, among others. She is an adjunct professor at New York University and Columbia University. Smith has been represented by Pace Gallery, New York since 1994.