City Council Wrestling juxtaposes the traditions of Greek philosophy and rhetoric with that of the local tradition of underground wrestling Over the past number... 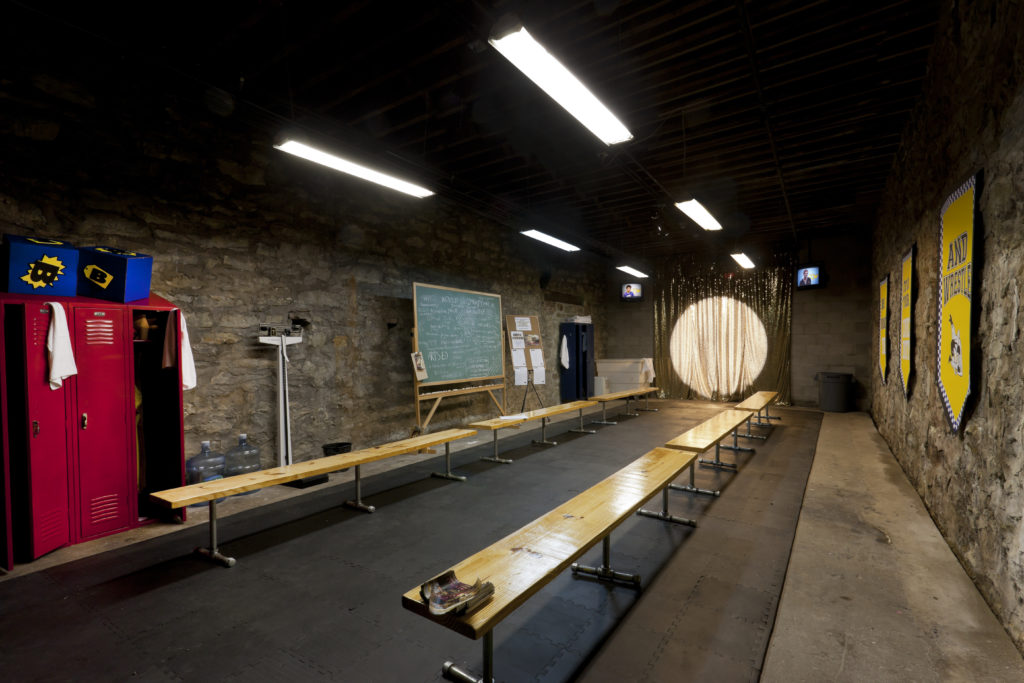 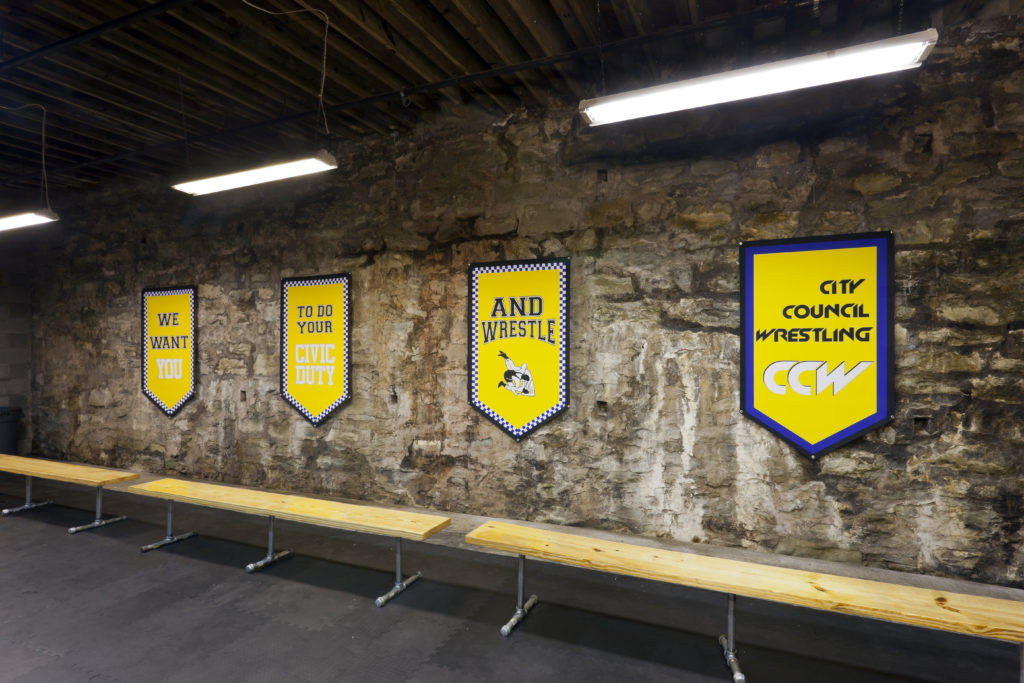 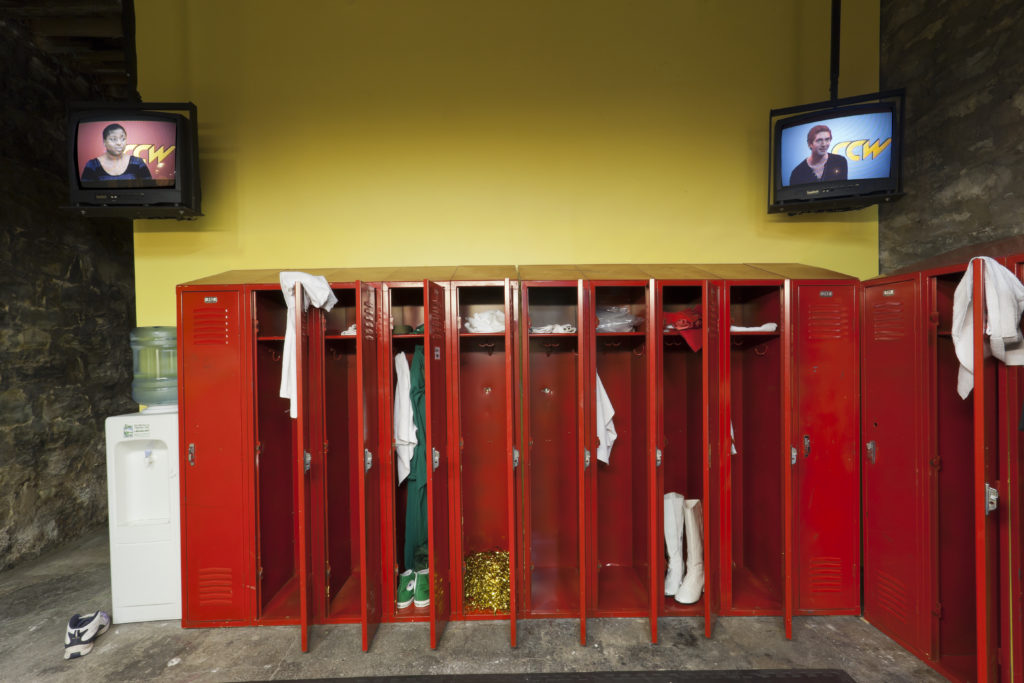 City Council Wrestling juxtaposes the traditions of Greek philosophy and rhetoric with that of the local tradition of underground wrestling. Over the past number of months during a series of community engagement meetings in four districts Weleski invited citizens to discuss their issues and problems whether personal, local or city based. Through these discussions participants were invited to develop a wrestling character to personify their issue and with the assistance of a City Council Member from each relevant district are being trained to physically wrestle as well as become informed on how to resolve their issue and the relationship between citizenship, communities and City Council. In juxtaposing the training of a wrestler, the physical preparation for a fight, with that of the knowledge of city council protocol, the notion of resolution is teased out. Weleski draws attention to the fanaticism and spectacle of wrestling juxtaposing it with city policies, community meetings and a certain apathy for engagement in city issues and even politics. Are they not both a struggle?

City Council Wrestling will culminate in the form of a debate/wrestling match, between citizens and council members costumed as their own rhetoric, which will take place at a local, underground wrestling ring, located in the Lawrenceville Moose Lodge as part of “When Worlds Collide” on Saturday, August 13th, at 7:30pm. When the citizens meet in the ring, they are in costume and will physically, as well as rhetorically, battle by debating their political topics and physically fighting as the personification of those same topics.

The project is presented in the gallery space in the form of a dressing room; a preparatory space before the action outside. During the summer months this space will be used for a series of community engagement meetings for residents on the Northside to raise, discuss and deliberate on pressing issues as well as trying out wrestling moves. Lockers, thrown towels and a blackboard with a plan of action resemble locker rooms and dressing rooms found in school, sports halls and theaters and yet where does the actions really take place? Can these spaces be defined?

Dawn Weleski re-purposes local newspapers, public transportation commutes, and meals with family as transformative social stages to reveal their own social wellness and cultural renewal and to provide a forum for provisional awareness. Her work often acts as a political and social stress test, measuring the health of routine within shared cultural behavior. She encourages relating to the other by opening entry into unfamiliar and uncomfortable systems, by implicating and embedding within the work its own collaborative rules, and by reanimating defunct or retarded connections between seemingly disparate people and places in a state of transition. She lives in Pittsburgh, PA.