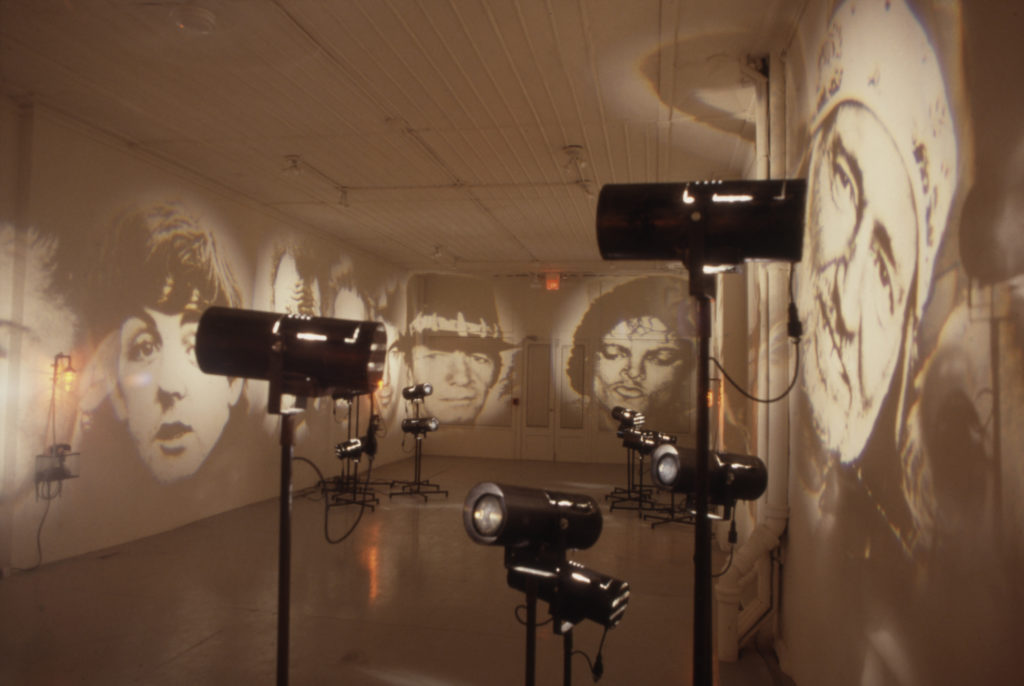 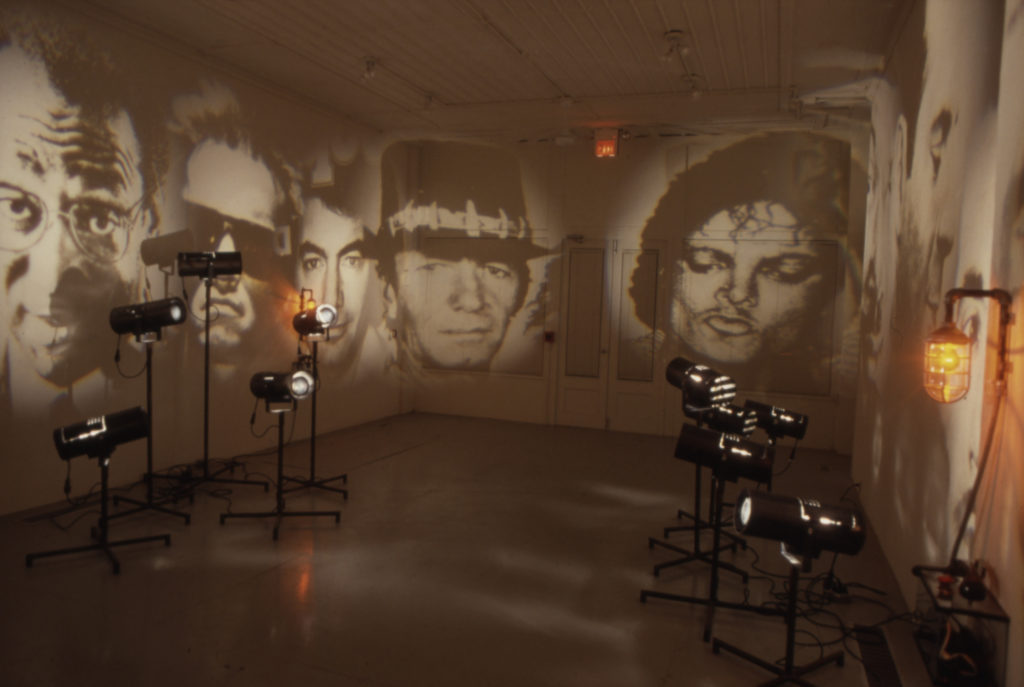 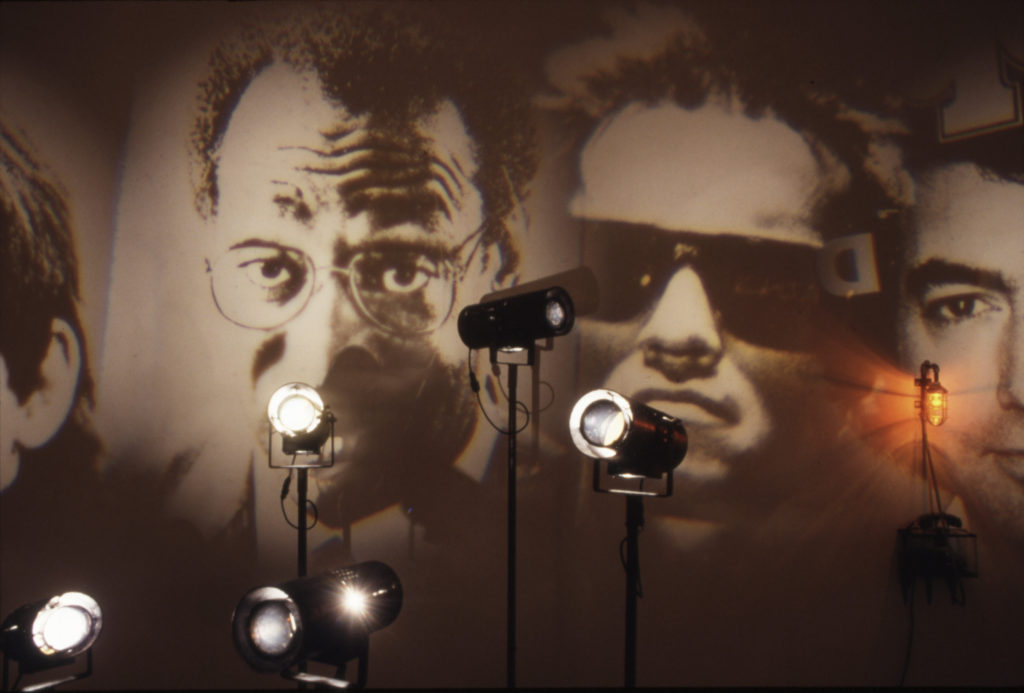 The projectors, in full view, look like spotlights. At one of three phone stands, you listen to taped television and radio commercials extolling one product or another.

Thoughts on the Title:

Common Oddities sounds like commodities. It is intended to make an association between a persona and the development of a persona as a product. The images in this work are all contemporary folk heroes, and the top twenty highest paid entertainers in the last two years. Their personas are all on the market via cinema, television, advertising, radio, and in concert. Common Oddities examines the idea of the role model as a necessary product in American culture. It is important that these images are big, and full of drama, like heroes should be.

Thoughts on the Spotlight:

The projector is intended to resemble a spotlight. The function of a spotlight is to highlight, illuminate or identify a person, place or thing. Because of the spotlight’s similarity to an eye, or cyclops, I often think of it as symbolic of the act of looking. The projectors are very heavy and sculptural while the images are more ephemeral.

Thoughts on the Phones:

Through the phones are played the soundtracks to television commercials. They make reference to advertising, selling and buying. They also make reference to the psychological makeup of our culture. When I think about phones, all of the standard clichés come to mind: “The next best thing to being there,” “Let your fingers do the walking,” “E.T. Phone home,” “Phone first.”

David Helm graduated from Ithaca College in 1981 with a BA in Anthropology. In 1983 he received his MFA from the University of Illinois, Chicago. His art work consists of using projectors and from that he would create multi-media projects that addressed the relationship between historical patterns and contemporary issues.