Rolf Julius created corner piece (bat) as a reaction to the discovery of a hibernating brown bat in the upper corner of the gallery. 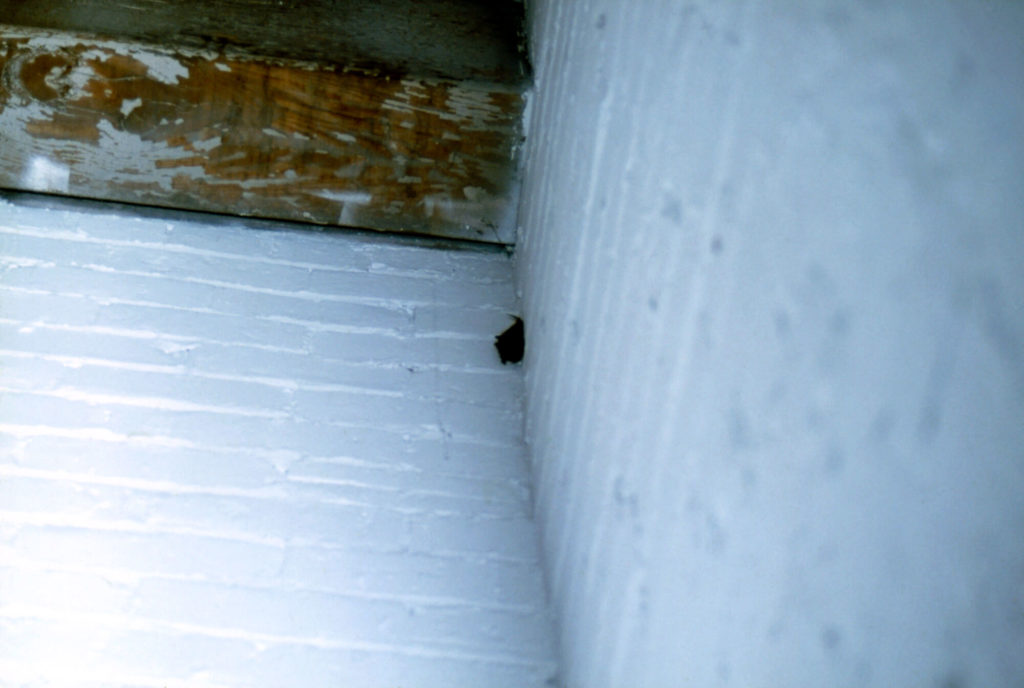 Rolf Julius created corner piece (bat) as a reaction to the discovery of a hibernating brown bat in the upper corner of the gallery. A small speaker camouflaged in a little pile of dirt plays a composition of altered natural sounds for the sleeping animal above.