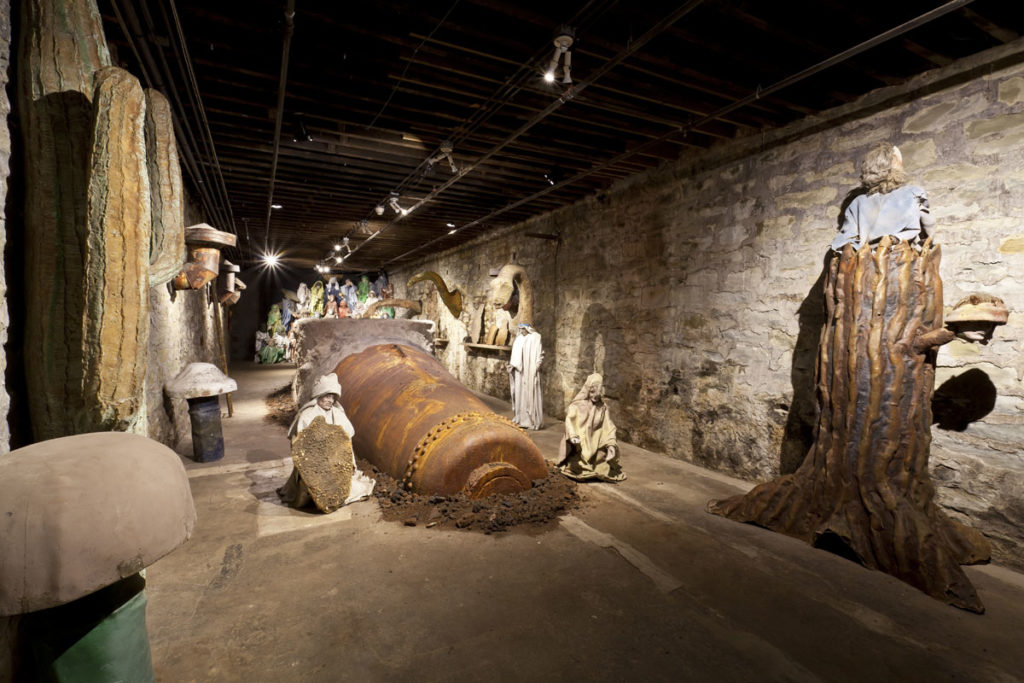 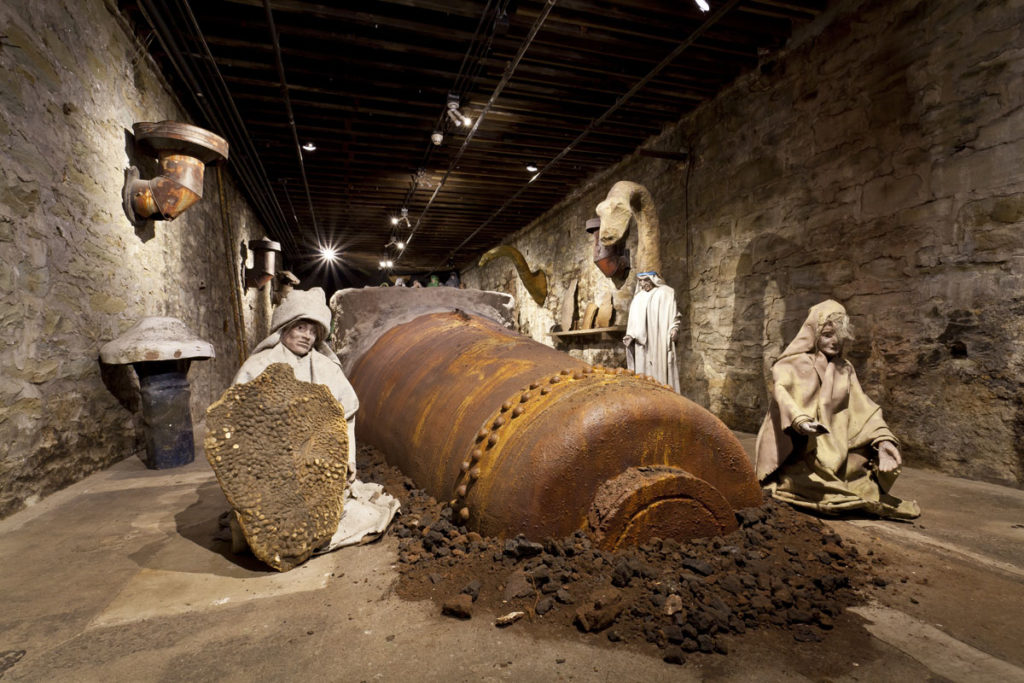 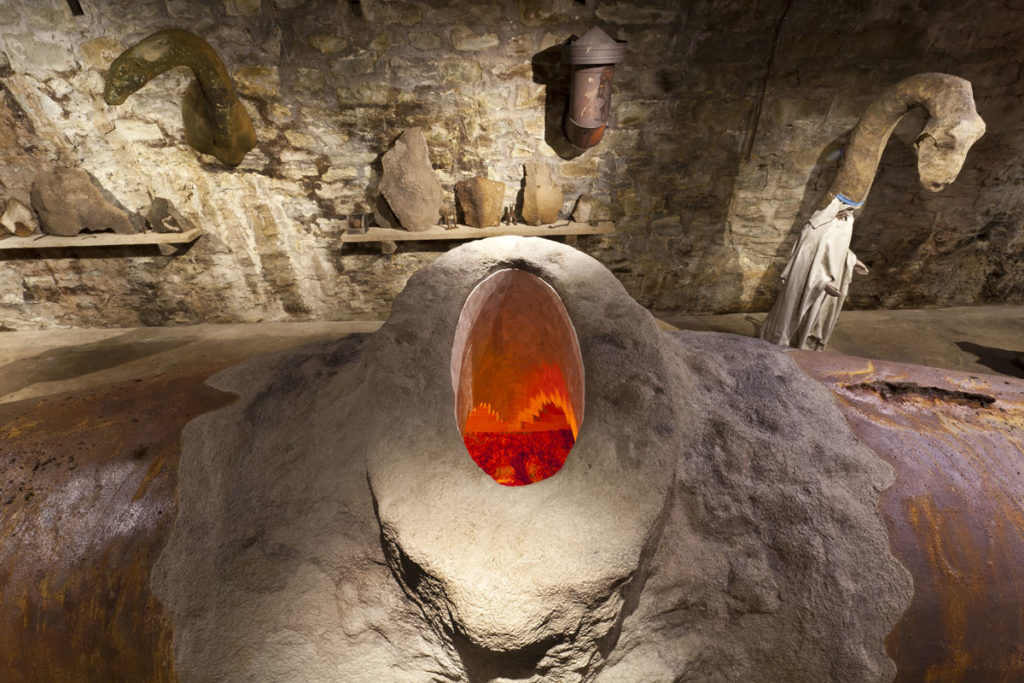 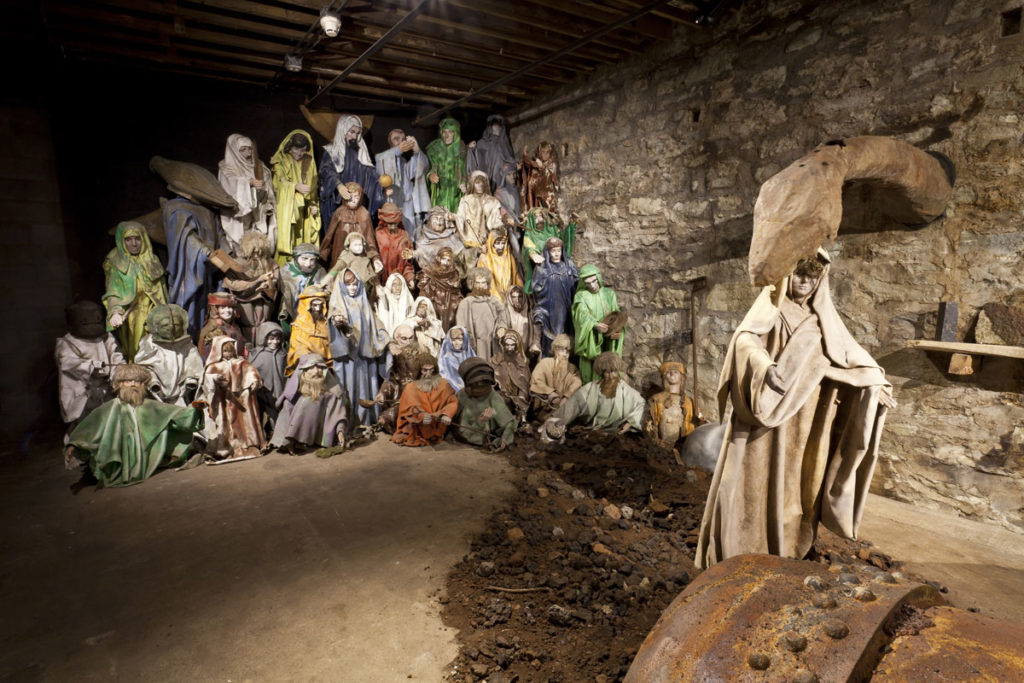 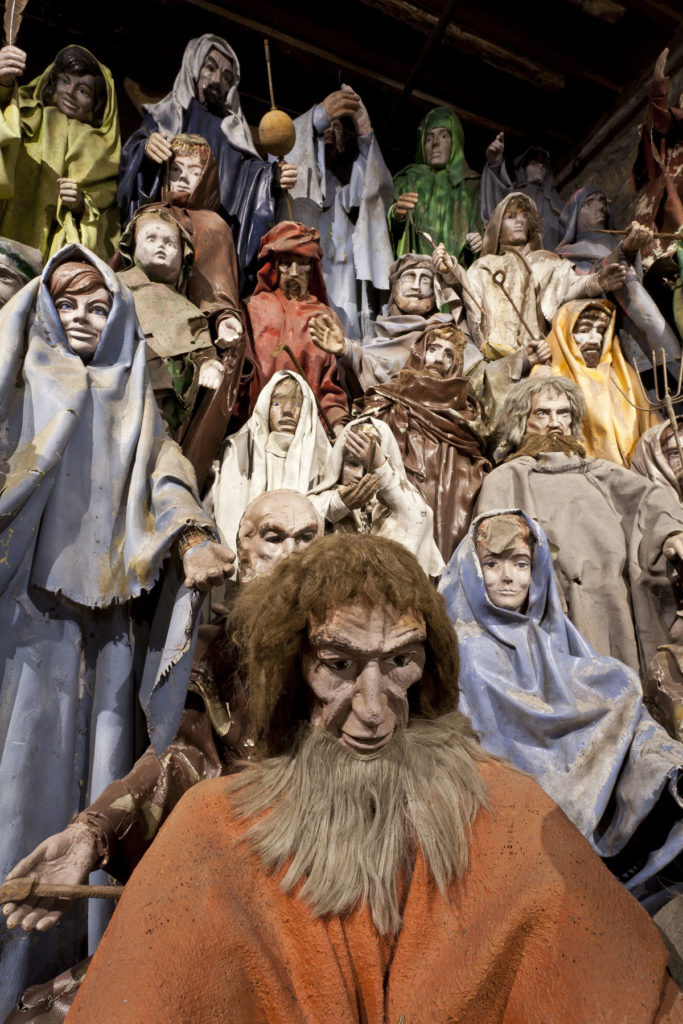 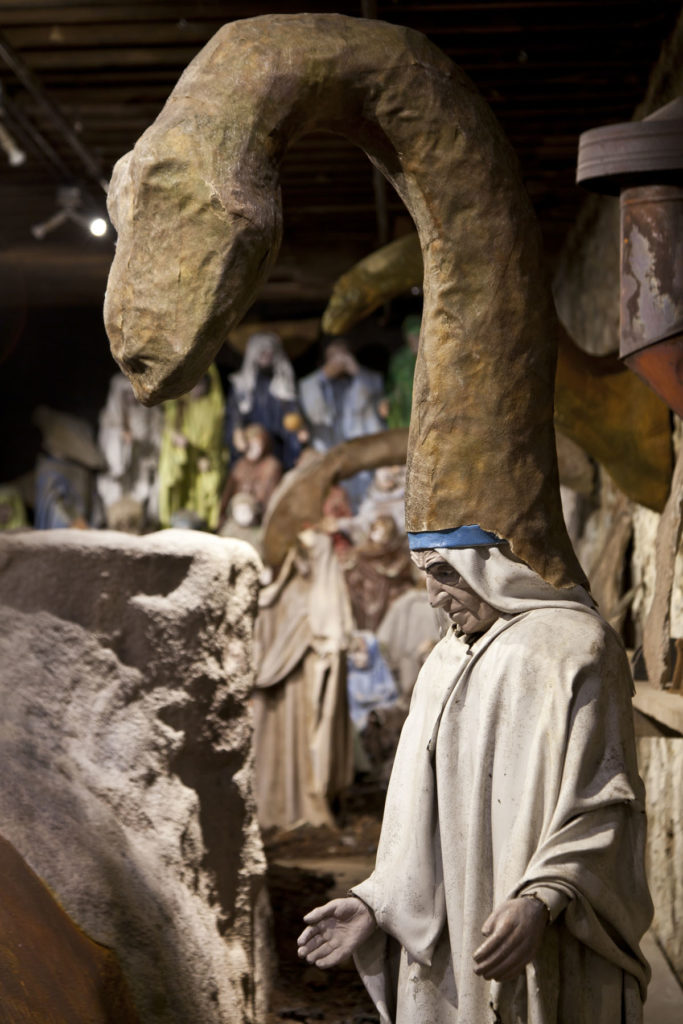 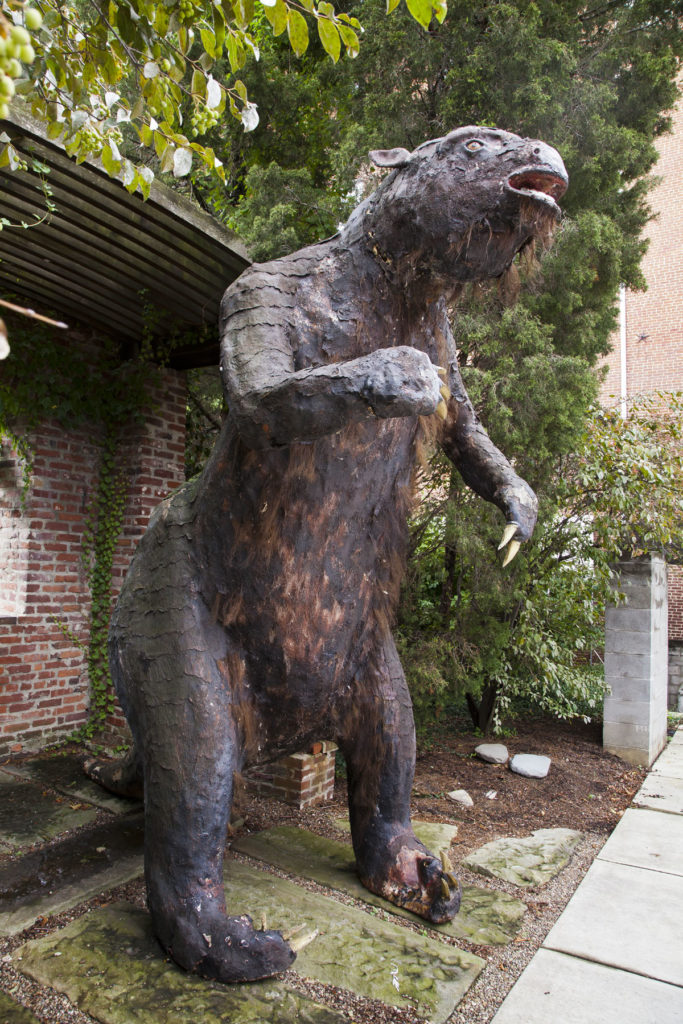 Coronal Mass Ejection began to evolve when Scott Hocking first visited Pittsburgh in January of 2012. Hocking spent time exploring the Mattress Factory, Pittsburgh and the surrounding region, particularly drawn to the city’s own abandoned spaces and industrial history. When visiting Carrie Furnace in Rankin, Hocking was transfixed by the one remaining hot-metal train car – known as a torpedo or submarine car – that was used to transport molten iron across the Monongahela. It was (and is) a fascinating object: both masculine and feminine, industrial yet organic, and, to the untrained eye, a mysterious artifact of the industrial age.

The resulting installation is an amalgamation of various ideas, created site-specifically in the Mattress Factory’s stone-lined Lower Level gallery. Inspirations came from Pittsburgh’s history and surroundings, including the Carrie Furnace torpedo car; the alchemical process and the symbolic transformation of molten metal. It is also reflective of prehistoric creation and destruction mythology, through the biblical figures Hocking acquired from an abandoned Bible theme park, as well as omnipresent fears of “end times” catastrophes, and the cycles of the sun. 2013 is the a year of “solar maximum,” from which the installation gets its title.

Hocking wants to evoke an unscripted reaction from visitors, and he believes that art can be mysterious, humorous, frightening and confusing in the same moment. His residency time at the Mattress Factory has helped connect Pittsburgh and Detroit in his mind as he explored Pittsburgh’s own industrial history.

It is all going to come together to create this mysterious object of worship that can symbolize anything you want. But I also like that it is going to be something people stumble upon on their way to the bathroom.

This feels right…There is this real symbiotic relationship here. Detroit and Pittsburgh are part of the same industrial activity that seems to be a dying age. Pittsburgh is just a little ahead in terms of reinventing itself.

Scott Hocking was born in Redford Township, Michigan in 1975. He has lived and worked in Detroit City proper since 1996. He creates site-specific sculptural installations and photography projects, often using found materials and forlorn locations. His artwork has been exhibited throughout the United States, Europe, Asia and Australia, and he is represented by Susanne Hilberry Gallery.