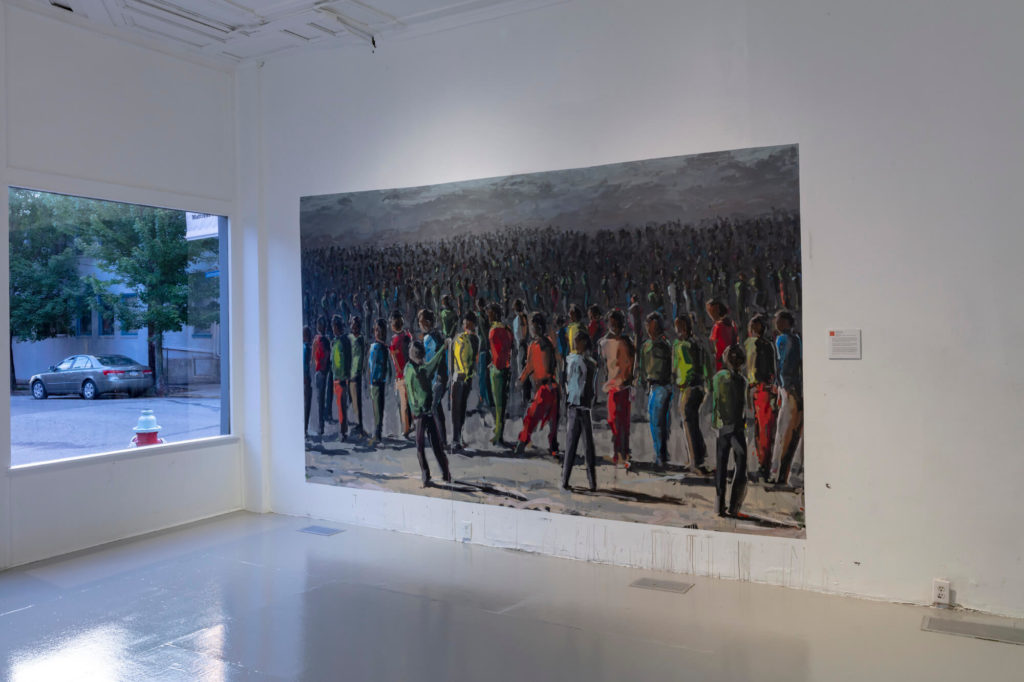 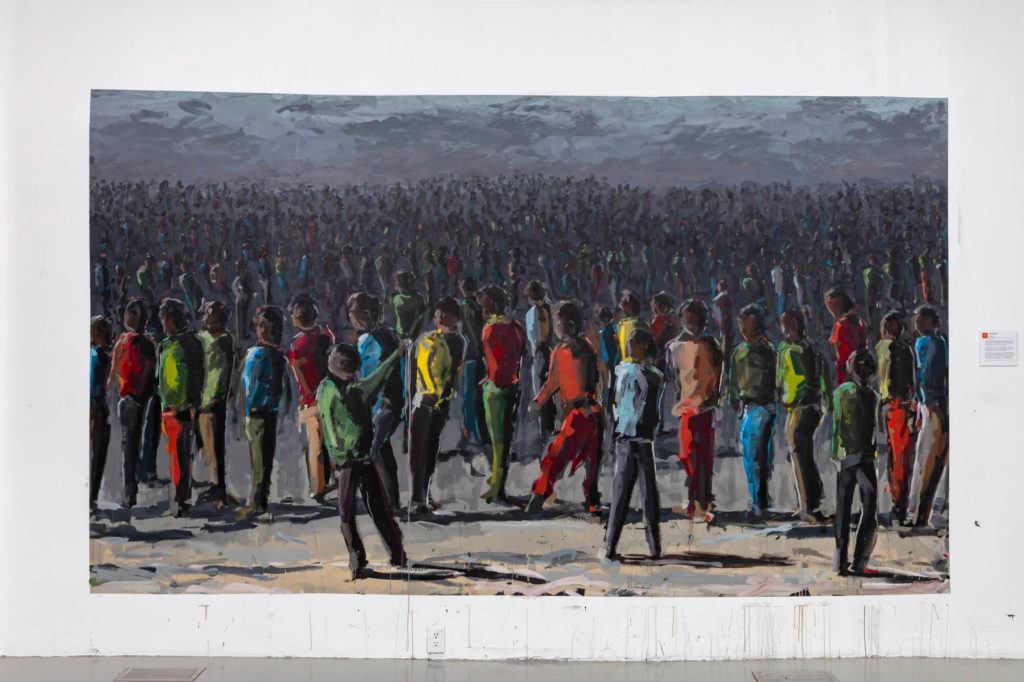 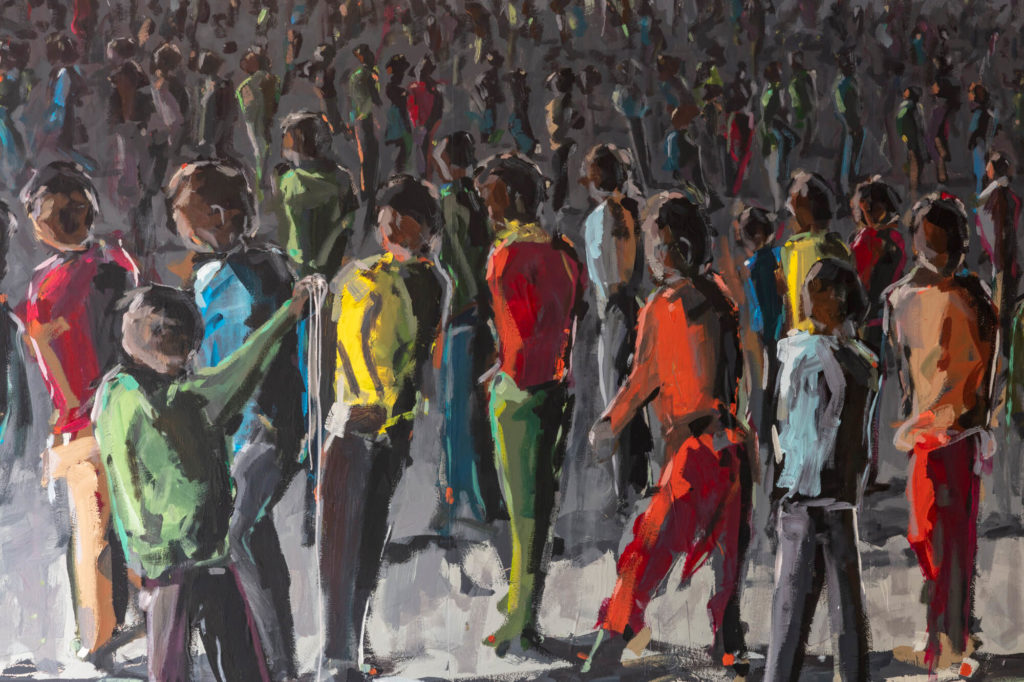 Asanda Kupa’s art speaks directly to South Africa’s dramatic socio-economic inequalities and troubled political landscape. His expressionist work on the Marikana mine massacre in South Africa’s North West province began with a series of powerful oil paintings reflecting, in his words, “the rage of broken spheres, failing systems and cries for space and resources.”

Kupa was born and raised in the Eastern Cape, where many of South Africa’s mineworkers originate. He continues to engage with the dusty forsaken landscape of Marikana and power struggles among factions, exploring the meaning of freedom, aiming to give voice to “the voiceless.”

In a political paradox, the current landscape of the US government keeps Kupa’s voice from being heard at the opening of this show. He was denied entrance to the United States. The agent at the US embassy refused to look at his letter of invitation from the Mattress Factory once they learned that Kupa had just returned from an artist residency in Iran. We re-applied and the second application granted him access (although not for the opening).

Asanda will now be able to paint “the voiceless” on top of his first rejection letter.

WE ARE HERE: Finding Beauty In The Raw

In The Red: Never Mine

the space I am in: CONJURING