The new thing, the (T) concept and Event structure, is not like authenticated versions of art--it is exactly about the world one sees and touches but it is not figurative. So it foxes the Fox. 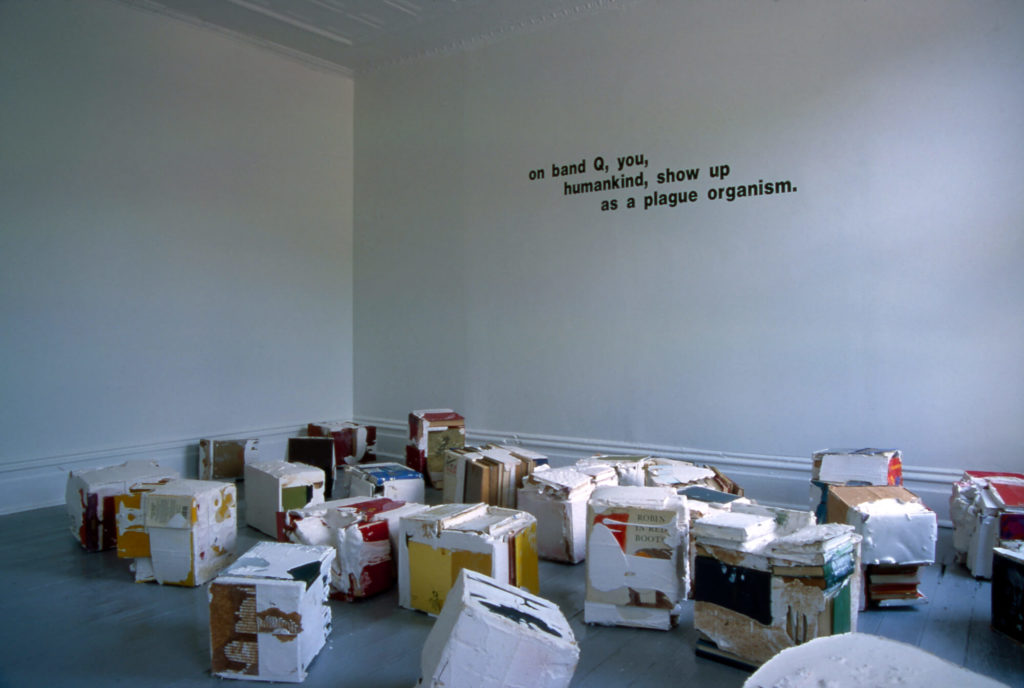 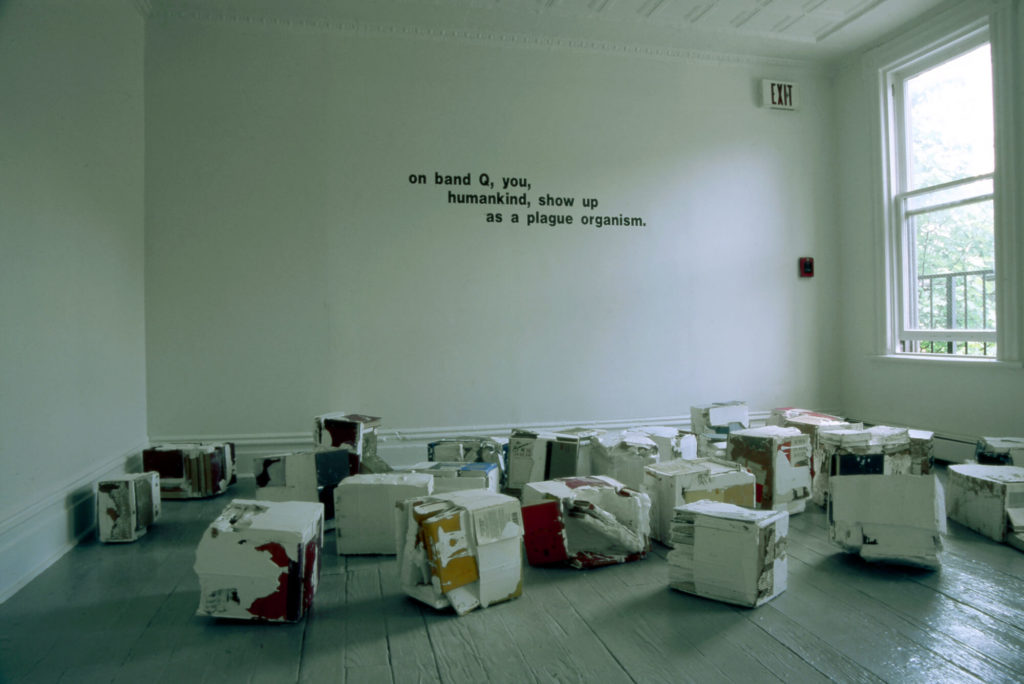 Books encased in plaster are scattered about the floor in the first room. Wall text in the first room reads, “on band Q, you, humankind, show up as a plague organism.” In the second room the text is, “on band S you show up as seed germ of the sun . . . . given the way you are brought up to think though, you do not choose . . . .” Documentation in the second room explains some of Latham’s theories including Evenstruck.

The new thing, the (T) concept and Event structure, is not like authenticated versions of art–it is exactly about the world one sees and touches but it is not figurative. So it foxes the Fox. (T) is a geometry of sources of actions, maths–intelligible and exact, but it contradicts the corner-speak of science. When you realize that the two super-theories of physics each carry a demonstrated flaw, and that (T) may sort these flaws out, you are okay to take the (T) claim seriously. It might even start at the beginning to sort out what has just about done for this planet. For one thing, in (T) the Universe shows up as a person. Half the world knows it but can’t say how so.

John Latham was a pioneer of British conceptual art, who, through painting, sculpture, performances, assemblages, films, installation and extensive writings, fueled controversy and continues to inspire. His emphasis on process in action and language, and his theories which have focused on time and event over the object, have provided models for a generation of younger artists. A visionary in mapping systems of knowledge, whether scientific or religious, he developed his own philosophy of time, known as ‘Event Structure.’ In this doctrine he proposed that the most basic component of reality is not the particle, as implied by physics, but the ‘least event,’ or the shortest departure from the state of nothing. The entire universe is to be viewed as a system of events in time, rather than objects in space. Thus, for Latham all artworks were considered events and were activated as such through diverse processes ranging from spraying, chewing, shredding or spitting to simply declaring.