In this body of work Mar absorbs and ultimately scatters back to his viewer the layered and disparate historical references which pollinate his career... 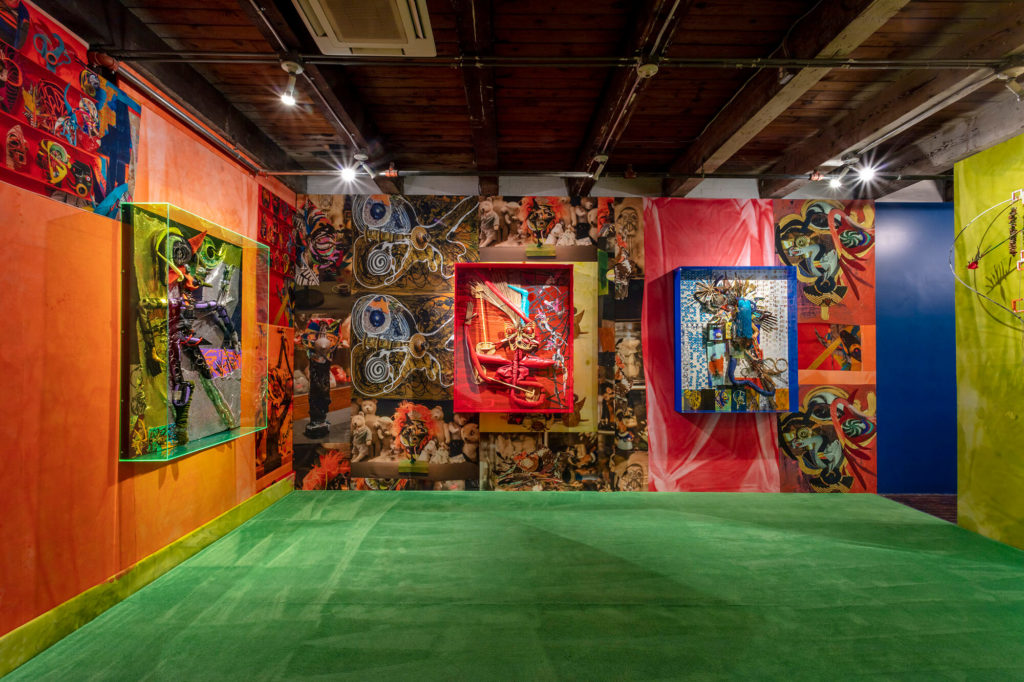 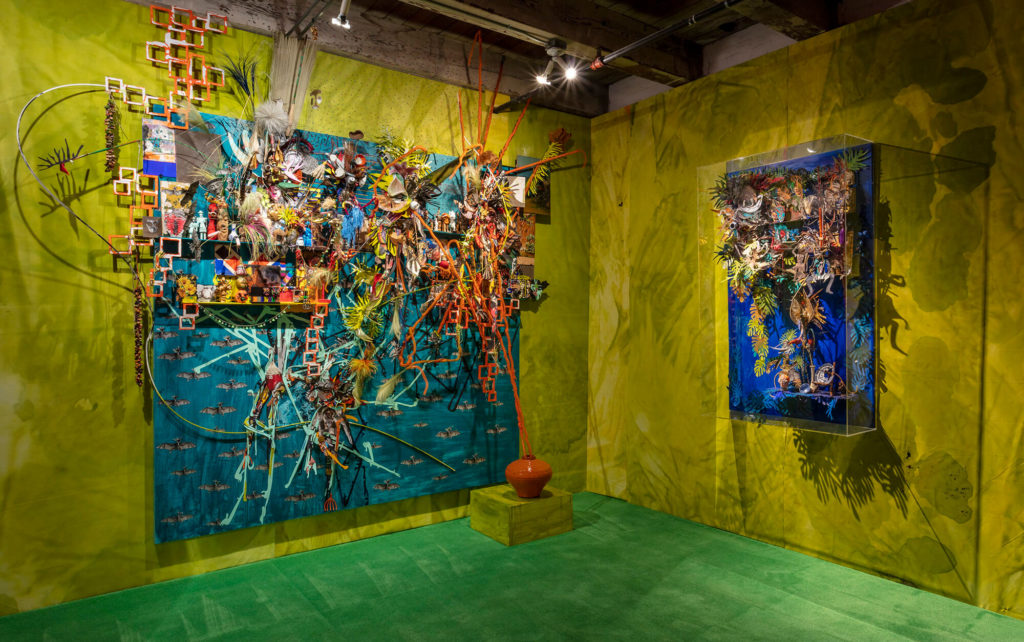 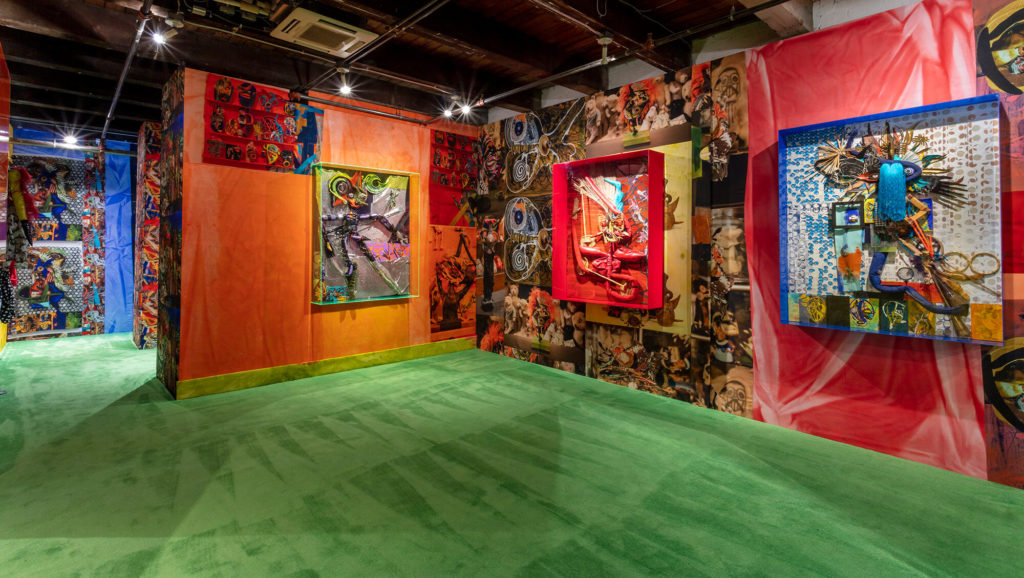 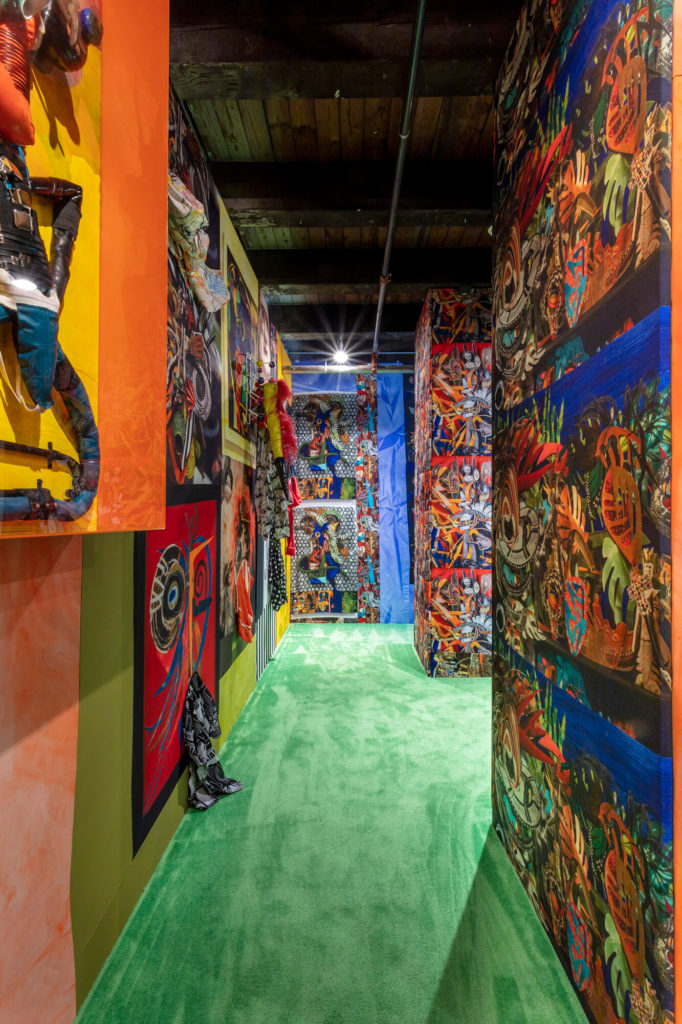 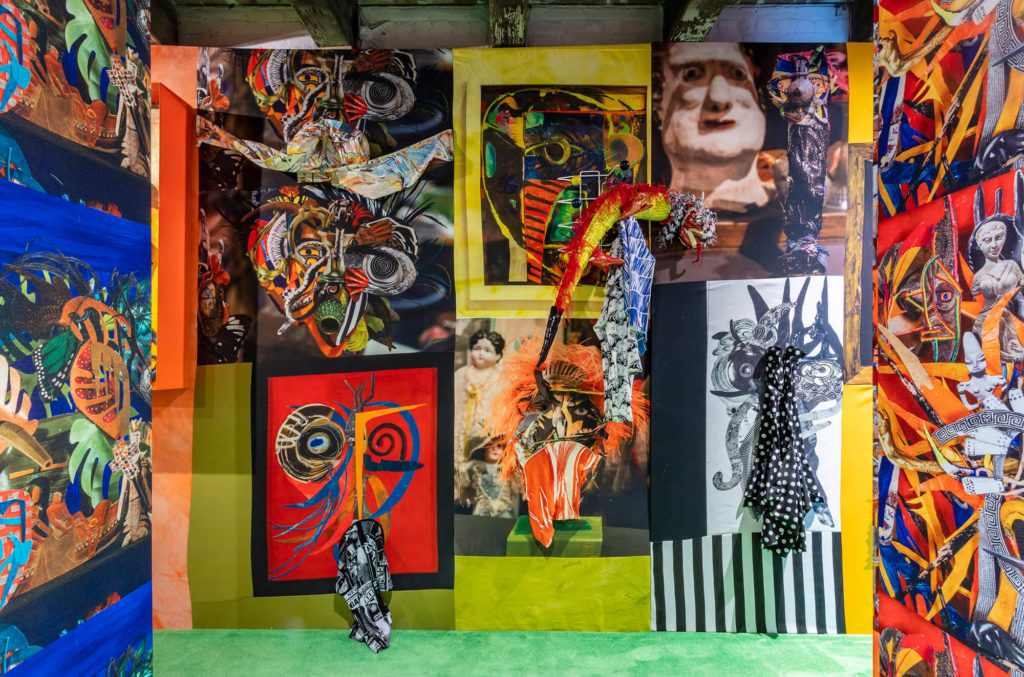 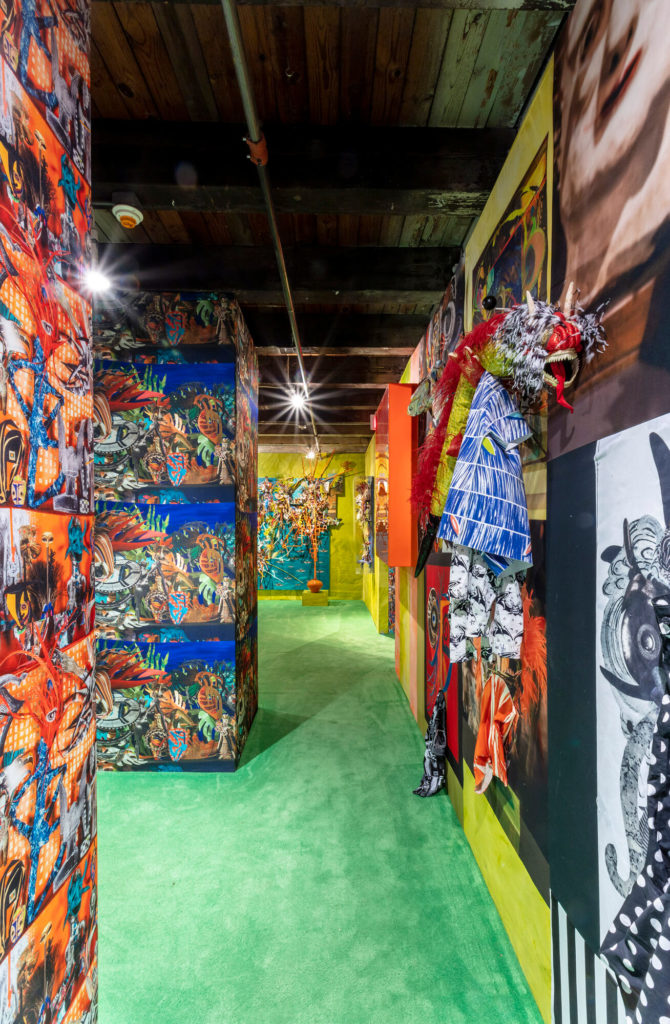 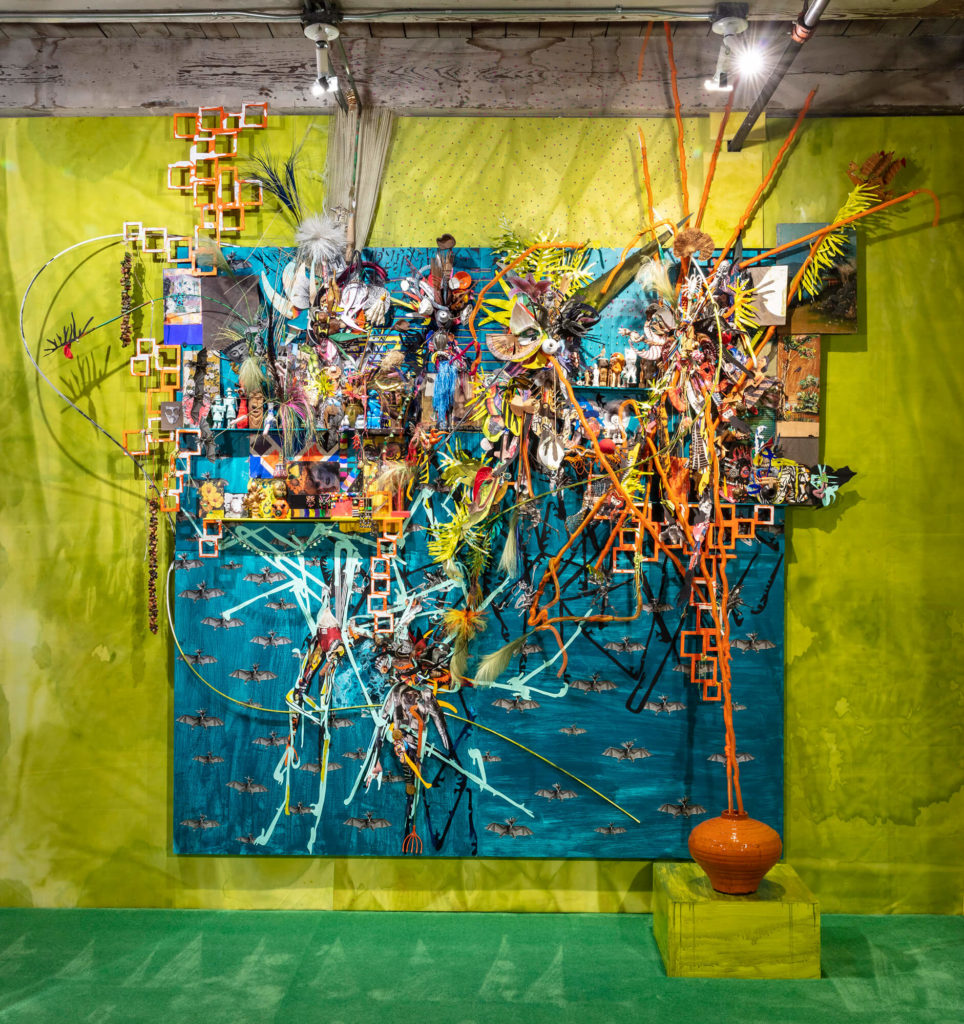 In this body of work, Mar absorbs, and ultimately scatters back to his viewer, the layered and disparate historical references which pollinate his career. He cites the history of art and Indigenous artistic practices; of fashion and the queer club scene of the last forty years; of the Mattress Factory itself; and of his own fifteen year practice. Creating a series of custom textiles with images borrowed from these diverse sources, Mar collages, sews, and paints this material, and ultimately brings together these distinct imageries to derive entirely new contexts from the recombined originals.

Central to Mar’s process are humanoid figures he calls “Paprikas.” These characters feature throughout his work, and they serve the role of mythological devourers who ingest and digest visual references from the many fonts of inspiration which inform Mar’s practice. For Dragonfruit, Mar creates a new generation of Paprikas made predominantly of leather, harnesses, and chains purchased from second-hand stores with close ties to the LGBTQ community, allowing references to the queer club, bondage, and leather scenes to bubble up to the surface of his practice.

Dragonfruit engages in world-building at a massive scale, where Paprikas take in all that surrounds them only to expel it into the world as new matter. Mar collapses time into one continuous moment, threading past and present through his visual references and laying flat the entirety of his career between then and now. The exhibition encapsulates all things that have seeded Mar’s practice, an Encyclopedic Palace of the World, which puts on display the ordered chaos of Dragonfruit’s own creation.

Pepe Mar excavates the ritual narratives inherent in secondhand stores, science fiction, celebrity, commercial design, and social media to create abstract and anthropomorphic barometers of contemporary culture. His rich, experimental process recalls the history of assemblage and painting. The artist’s work is committed to a personal and universal exploration of cultural alienation.

Mar was born in Mexico and lives and works in Miami, Florida. He received his BFS from California College of the Arts, San Francisco. Mar attended the Skowhegan School of Painting and Sculpture in Skowhegan, Maine and earned his MFA from Florida International University in 2012. Mar has participated in the Bronx Museum International Residency Program, the Banff Residency in Canada, and the ISCP Residency in New York. He was the recipient of the Andy Warhol Foundation Wavemaker grant, a Pollock-Krasner grant, and South Florida Cultural Consortium Fellowship. Recent Solo exhibitions include, Excess of Sleep Produces Monsters at David Castillo Gallery, Miami Beach and Man of the Night at Locust Projects, Miami.