Tall narrow sets of parallel walls face each other From the mouth of one opening pours a static flow of coal Lush Kentucky bluegrass... 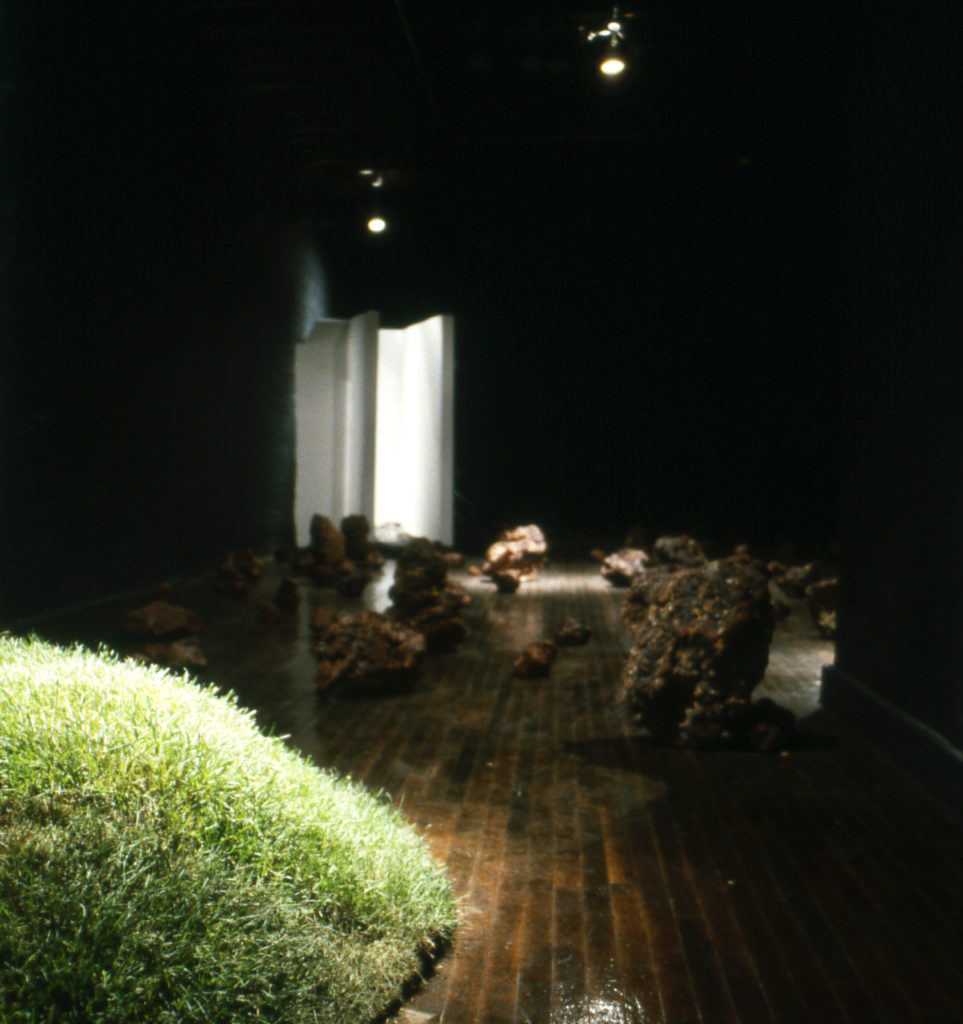 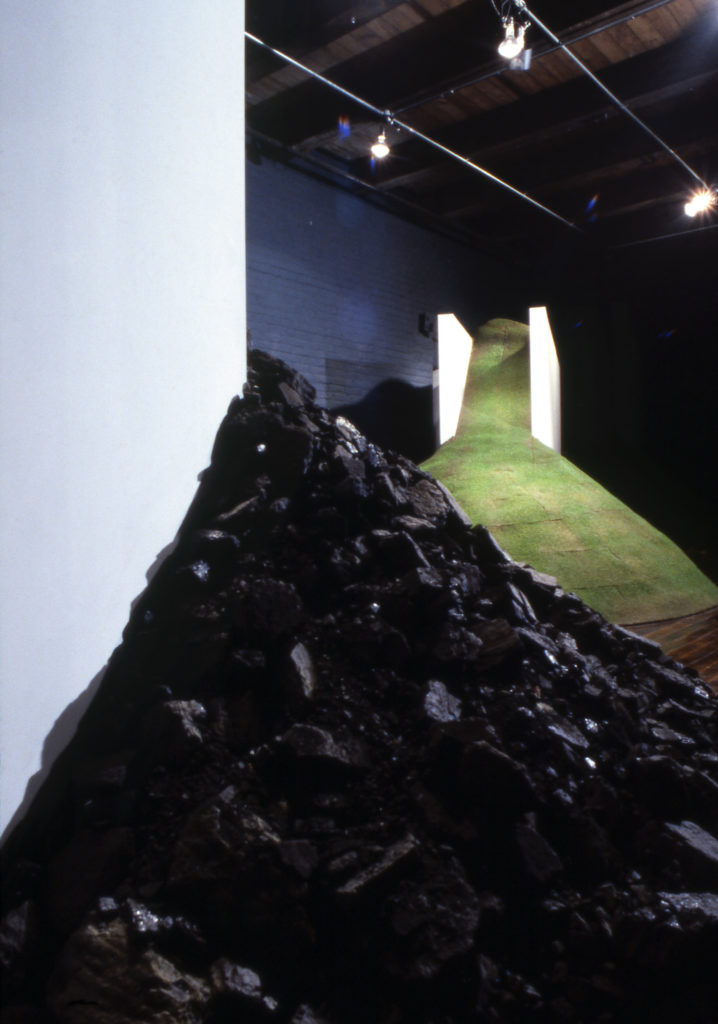 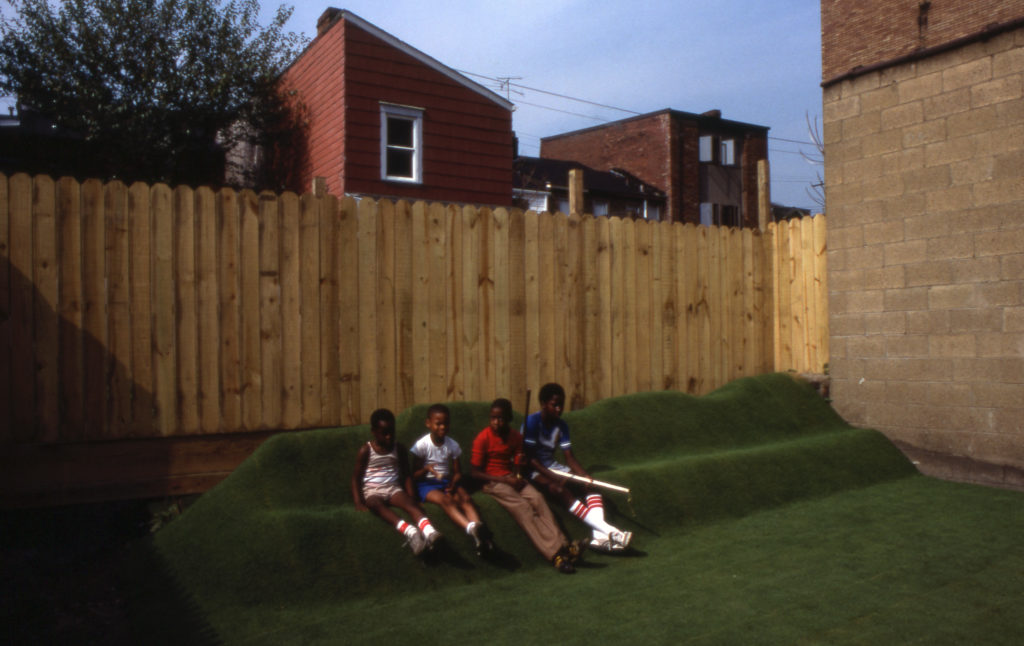 Tall, narrow sets of parallel walls face each other. From the mouth of one opening pours a static flow of coal. Lush Kentucky bluegrass flows out of the other. Through doors into a second room, chunks of slag are scattered on the floor. Together, the elements in the two spaces form a circular pattern.

Outdoors, in front of a deliberately preserved patch of weeds, sits a sod-covered mound in which the artist has buried a rusted video transformer and other evidence of industrial waste. Beyond, he has formed a wide earth couch upholstered with close-cut grass.

Urban public space, like the cities and industries which created it, is decaying. Along rivers, in vacant factory areas and inner city neighborhoods, land has been ravaged and left naked by our industrial society. The earthwork replenishes urban landscapes; earth, rock, grass and water, the basic elements are sculpted into humanistic forms. The sculpted land now becomes a place to gather, linger and take long leisurely walks that leave you rested, together with nature. Reworking the earth into new organic forms is an alternative to traditional forms of public art. “Nature is the art, in a constant state of change.”

Angelo Ciotti attended the Art Institute of Pittsburgh for Graphic Design and the School of the Museum of Fine Arts, Boston for Graphic Arts and Painting. He also attended the Academia de Bell Art in Rome, Italy and obtained his MA from Villa Schifanoia Rosary College, Graduate School of Fine Arts in Printmaking and Art History in Florence, Italy.

Ciotti is an environmental artist. “As a child growing up in Pennsylvania, I was fascinated by the large spoil dumps (abandoned coal mine refuse) that dotted the landscape. These massive mounds of unearthed volcanic-looking rock made a sharp contrast to nearby lush, green valleys. This picture of nature, laid waste by the careless, formed an indelible mark on me and it became the impetus for my imagination.”