Apparently part of the building’s wiring, an electrical box is left open to reveal a minuscule video monitor darting about within. 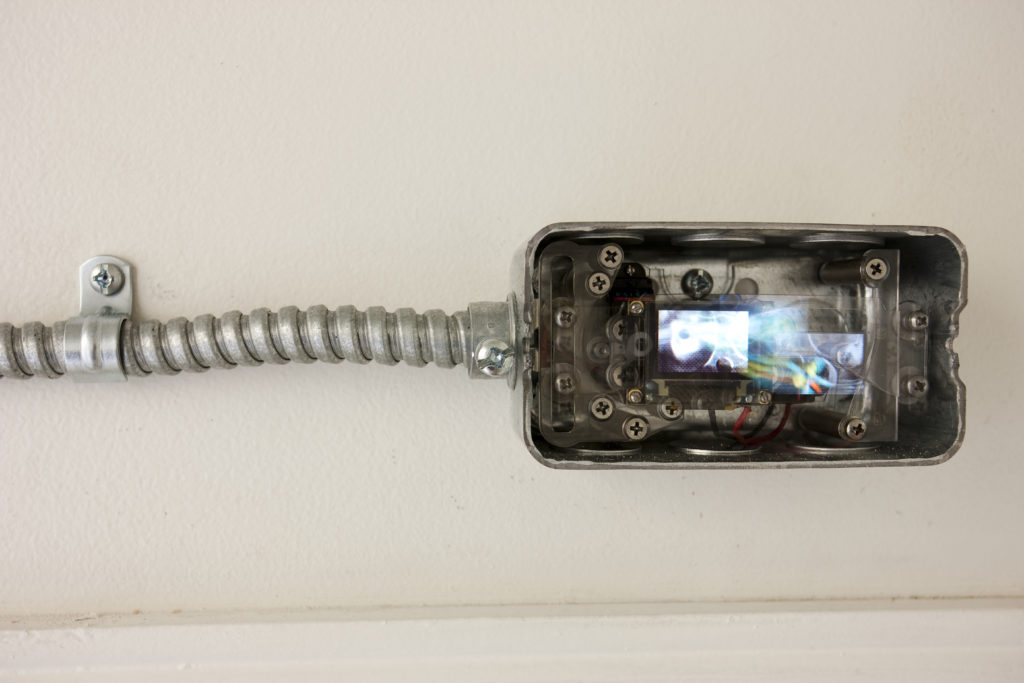 Apparently part of the building’s wiring, an electrical box is left open to reveal a minuscule video monitor darting about within. Upon examining the video, the viewer notices that the screen is attempting to chase some sort of floating, particle-like object around the enclosure. Occasionally passing near the monitor, the flying character can be seen to be constructed of wire nuts and various other found items, somewhat clumsily arranged to look like a ridiculous version of an electron or some other microscopic particle.

Gregory Witt received his BFA in Sculpture from Indiana University and his MFA from Carnegie Mellon University. With recent sculptures he has built familiar but unlikely versions of mostly normal stuff. Employing processes and materials from carpentry, robotics and video, he aims to create closed spaces or systems within which built instances of everyday things can function for themselves.

Apparition of Our Lady of Peace, Jacksonia Street, Pittsburgh