A robot created to communicate, interact and tell stories. 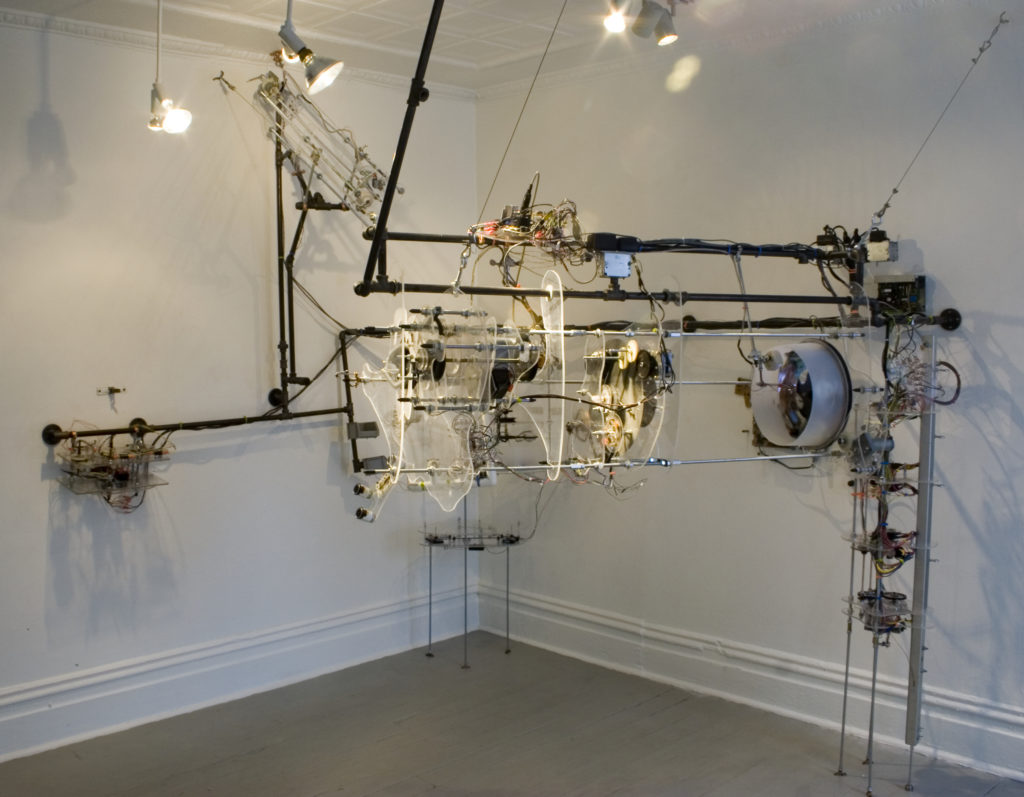 A robot created to communicate, interact and tell stories.

Once I made a robot. It was a good robot. It spun around; some things moved; there were blinking lights; it made noises. I liked the robot. I took the robot out in public, where it met other people. It tried to regale them with tales of intrigue and suspense. Unfortunately, none of these other people were intrigued or suspended. After much soul searching, the robot said, (roughly translated – i.e. guessed from the beepian), “I seem to lack any ability to relate to other humans. It’s as if they don’t even realize that I’m trying to tell them stuff. I need some surgery.” So, I offered to try giving him an empathy implant. He said, “bloop,” which I took to mean, “ok.”

Adam Shreckhise is a Pittsburgh-based artist and sculptor.