This installation is an investigation of “other ways of knowing.” 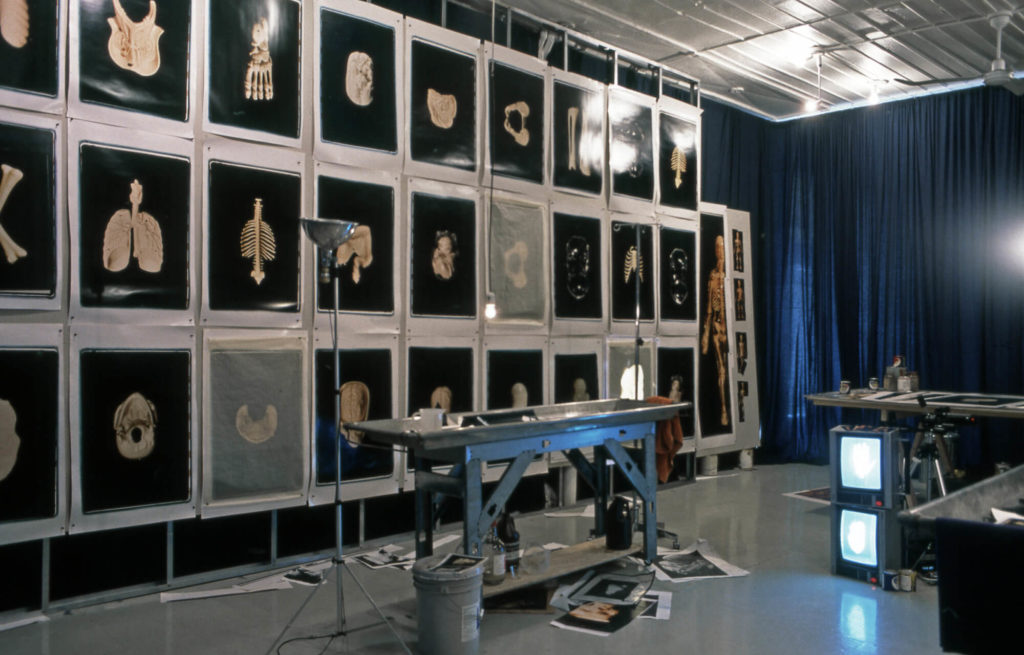 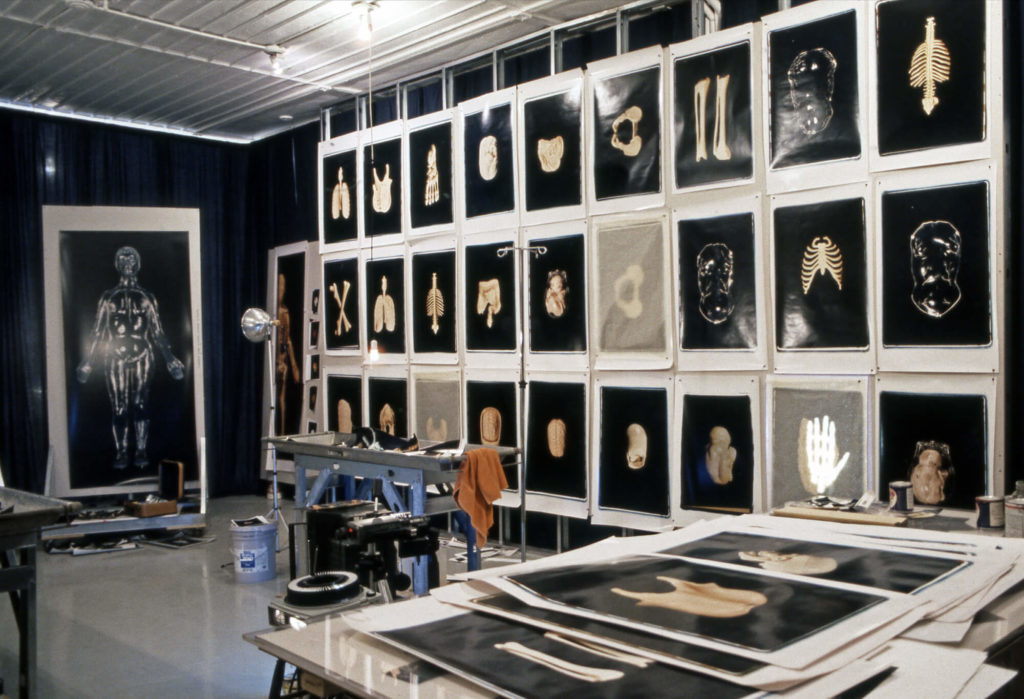 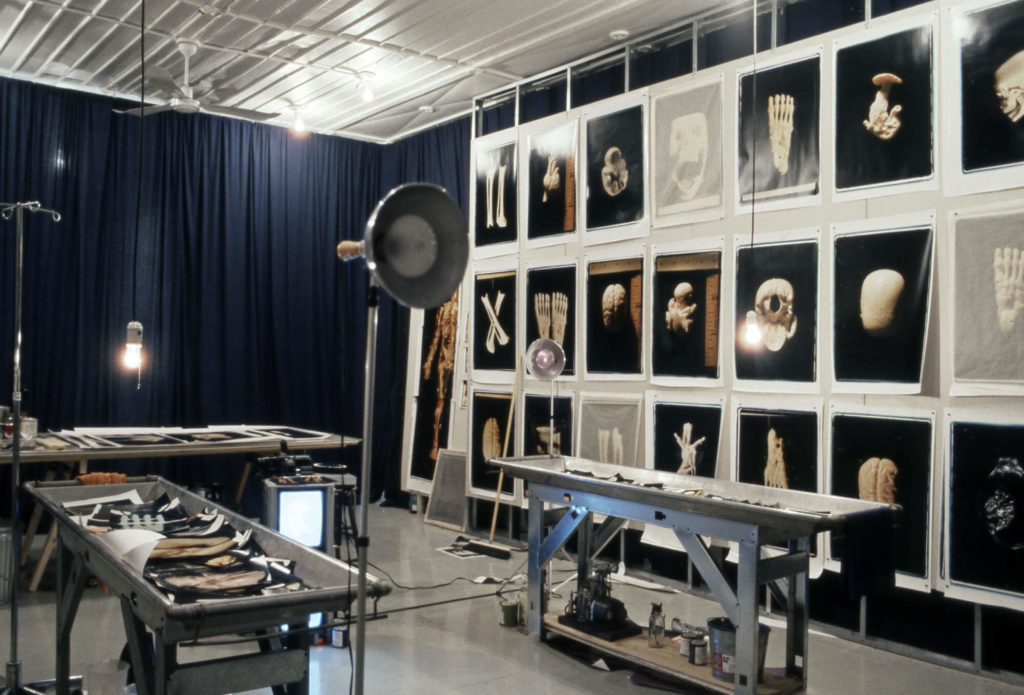 The installation begins behind a blue curtain. The curtain provides an opening to a kind of studio. Tables, fixed walls, and two rolling walls are constructed from metal studs and unfinished drywall. Photos of body parts hang in front of the blue fabric curtains. Piles of photos and tracing paper lie carelessly on the tables. The space is always in flux during the exhibition. The artist reorders the layering of information by moving objects around, tracing new images, and putting new images on top of photos.

Two large photographs of a transparent man and woman illustrate human organ systems. Cadaver trays contain similar photos of body parts, and the floor is strewn with other images. Two TV monitors provide yet another layer of information: one monitor displays a live shot of the slide projections being shown as the visitor enters the space, while the other monitor runs a video of slide projections previously shown.

The space is meant to suggest the idea of activity itself rather than the idea of a finished product or position. All of the elements of construction and creation have been left visible and nothing has been made permanent. Every item has been fabricated concentrating on its function or implied function within the space, not its existence as object. This sense of transience and residual activity concentrates our experience on the idea of process rather than outcome.

The process of creating this space has been a dance between the tendency to impose and articulate meaning and the ability to allow meaning and significance to exist in a purer form through activity.

Beckman is the director of Artists Image Resource (AIR) in Pittsburgh, PA. AIR is an artist-run organization that serves as a printmaking studio, an exhibition venue, and an educational printmaking and projects resource for local artists. Beckman has also taught at Carnegie Mellon University and Edinboro University of Pennsylvania.

The Seraphim Buoy on Archangel Pond

Raphael (a Healing Machine) or The Humming Bird Waltz