I wanted to make a video that would surround the viewer. By entering the work, rather than watching the video from one point of view, the viewer experiences the piece from various perspectives. 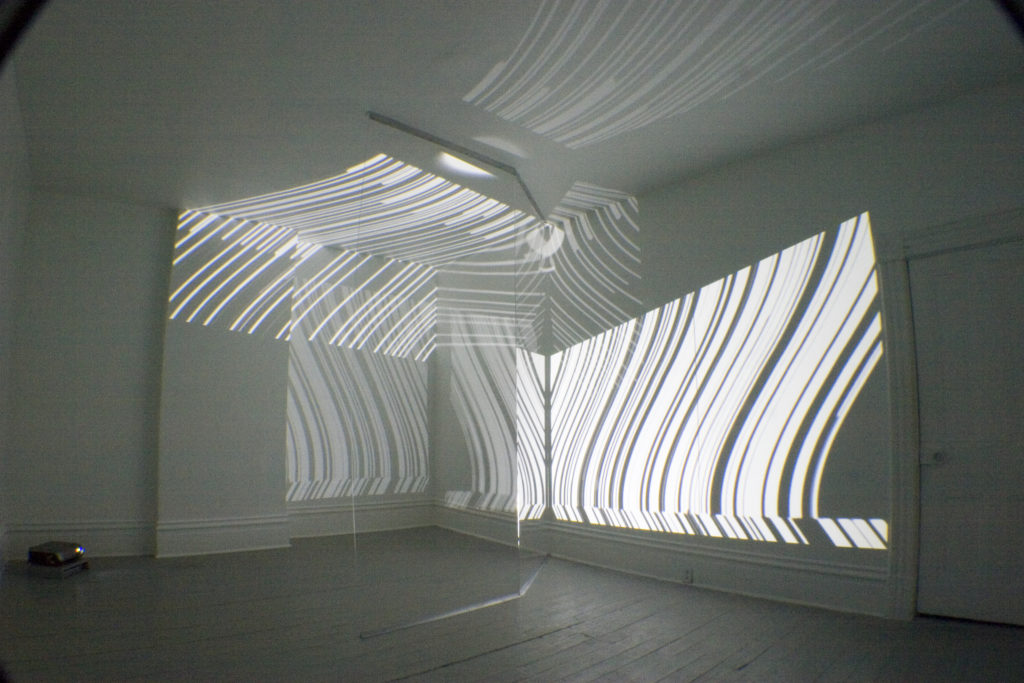 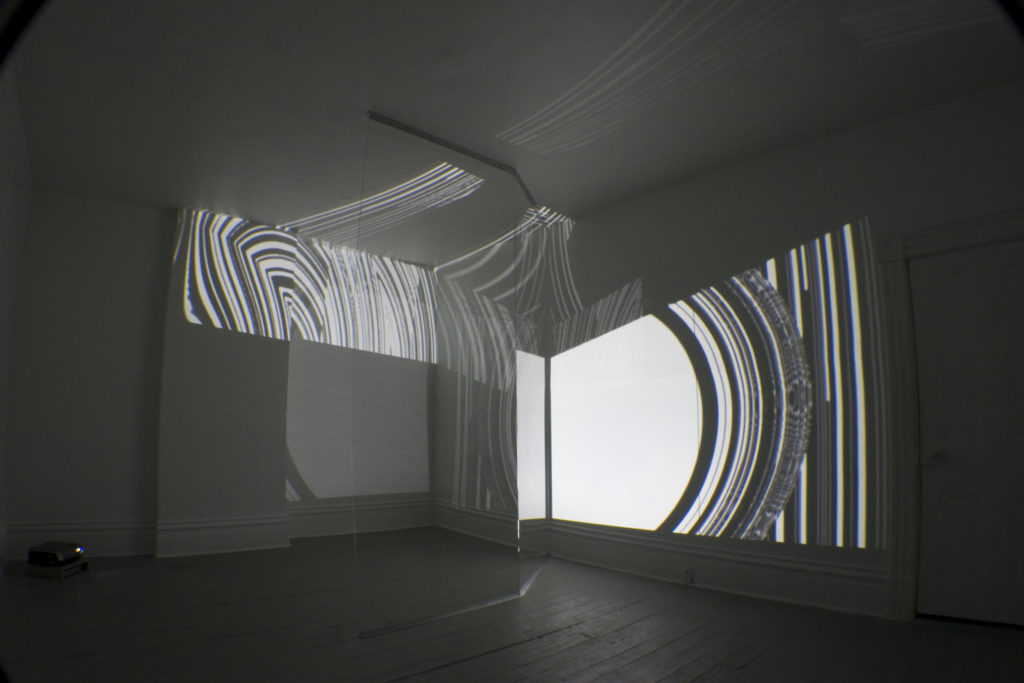 The duration of each video is approximately 18 minutes. The shifting pattern of black and white transforms from straight to curved lines to circular forms, as if changing physical states. (The word molten in the title refers to the state of change from solid to liquid.) The imagery occasionally flickers or pops as it turns into another version of itself. It is ordered, and then random; symmetrical, then asymmetrical. The shapes suggest primordial, cosmic, and hallucinogenic forms. It’s about growth, awkwardness, unevenness, and sensuality. The piece is based loosely on the musical form of the fugue. A unit of straight black and white lines was created as a Flash animation. This unit is repeated throughout the piece with variation. It develops from the quietness of a single straight line to the noise of densely overlapping organic forms.

I wanted to make a video that would surround the viewer. By entering the work, rather than watching the video from one point of view, the viewer experiences the piece from various perspectives. Different aspects of the environment are revealed over time. The projected image and the plexiglass structure are integrated with the architecture of the site. The usual visual clues that help us to navigate space dissolve in the complexity of the video projections. The coordinates of wall, ceiling, and floor are destabilized. What is normally still and flat appears moving: expanding, sliding, slanting, warping.

Kristine Marx received her BA from Sarah Lawrence College and MFA from Hunter College. Her work has been exhibited throughout the world and in the U.S. at the Bronx Museum, Artists Space, Times Square Gallery and Ida Lang Hall. Marx videotapes figures in a room and then projects the video onto translucent and transparent materials arranged in that same space, altering the viewer’s experience and understanding of spatial relationships.

Even In Darkness There is Light