Fathers of the Elevator 2009 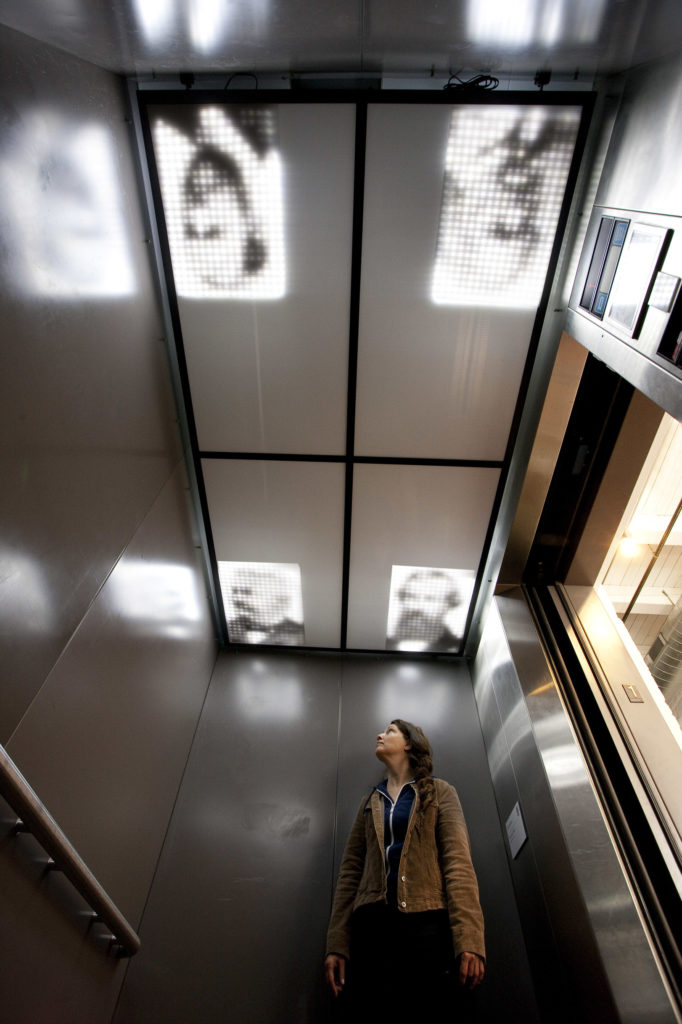 Jim Campbell attended MIT where he received a BS in Mathematics and Electrical Engineering. He was awarded a Guggenheim Fellowship in 2003. Campbell’s artwork has undergone a succession of manifestations from film to video, to installation and electronic sculpture. At the nucleus of his work are a focus on human memory and its relationship to time and movement from both psychological and scientific perspectives. For over twenty years, Campbell has been creating some of the most inventive technology-based artwork. In his original and subtle constructions, Campbell pairs “custom electronics” with the use of LED (Light Emitting Diodes) and other materials and its architectural surrounding. He has shaped exceptional designs for custom hardware and software using his background in engineering and mathematics. His utilization of art, design, and science has led him to produce customized electronic sculptures and groundbreaking interactive installations. In his more recent works he explores perception at the threshold of recognition of moving images, and postulate what kinds of meaning can be expressed with limited amounts of information. To a great extent his current work harnesses the visual impact of LED displays, by transmitting digital video through LEDs, in order to create moving-image sculptures. However his electronic constructions are not aimed at creating an exciting LED display, as they are a viewer’s perception and their ability to recognize a moving image through extremely low resolution. According to Campbell, “The biggest challenge –working with technology and art is to transcend the medium — and to have some sort of humanist side to the work.”