Feeling The Spirit In The Dark 2020

Shikeith is a Pittsburgh-based conceptual artist working in installation sculpture photography and film In Feeling The Spirit In The Dark Shikeith brings together four... 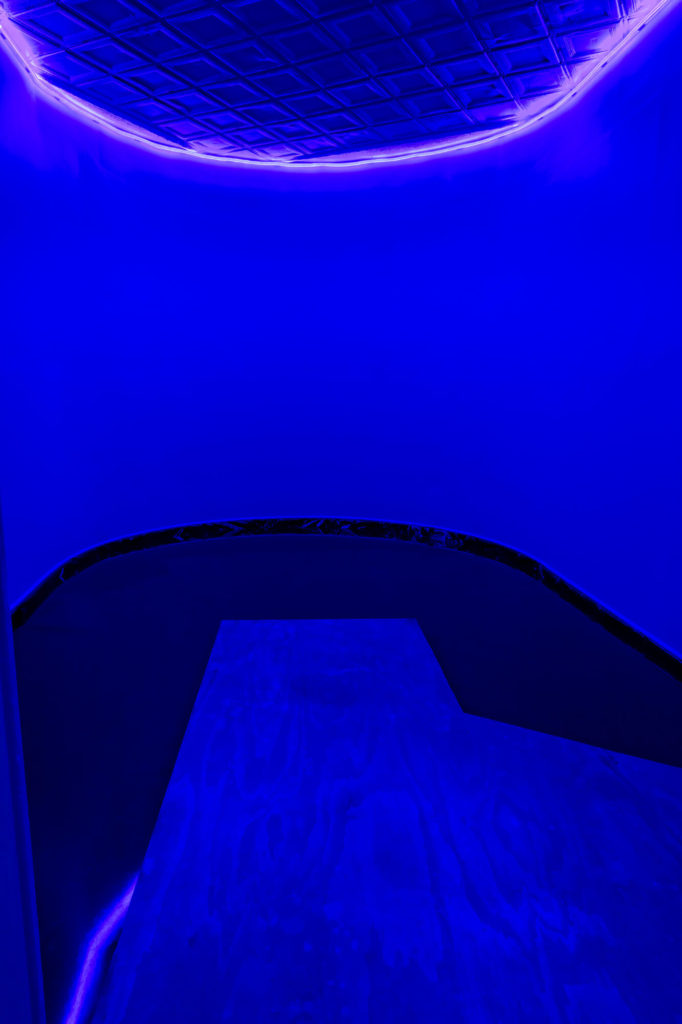 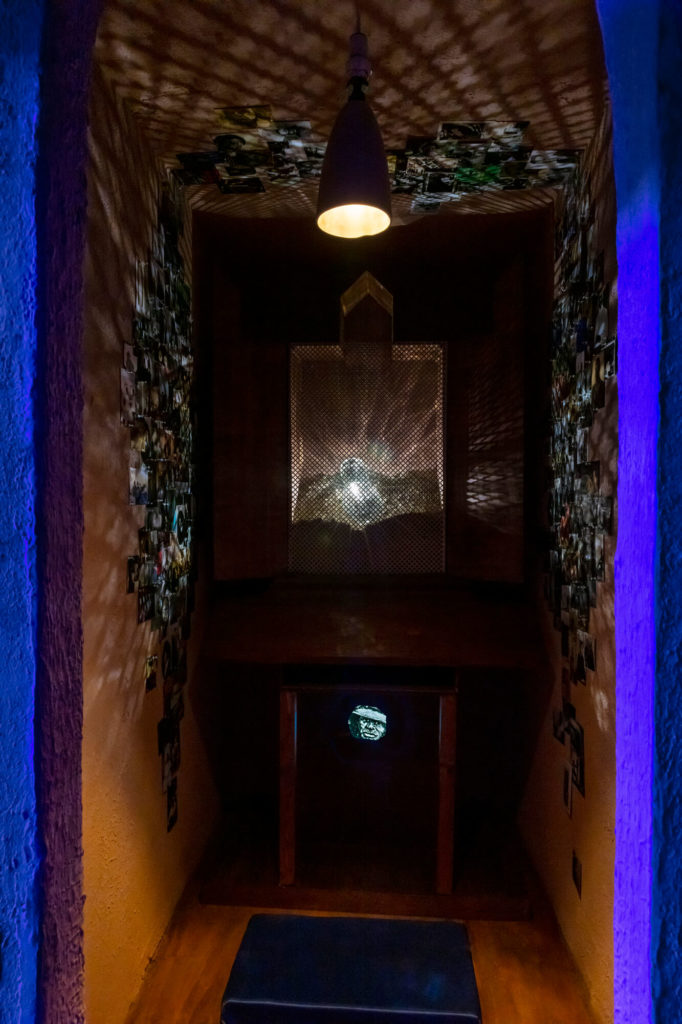 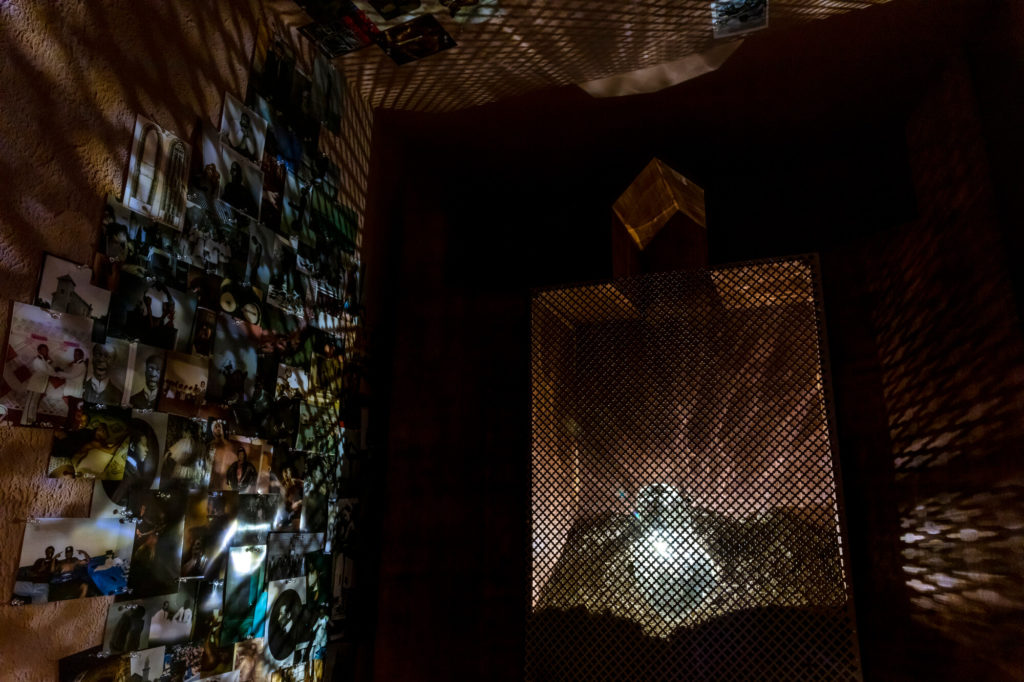 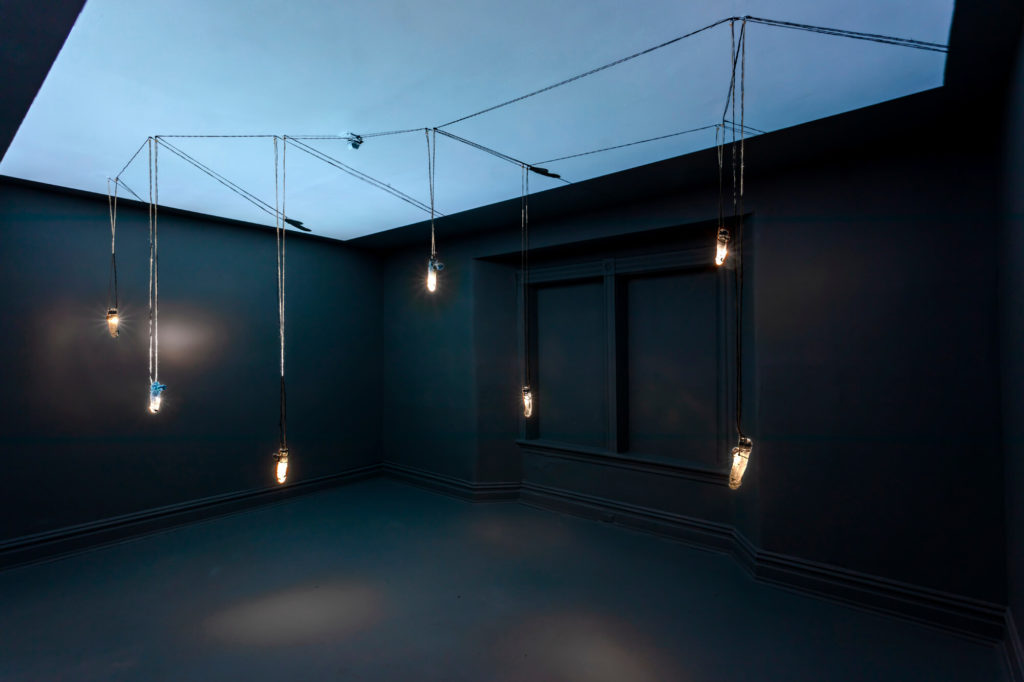 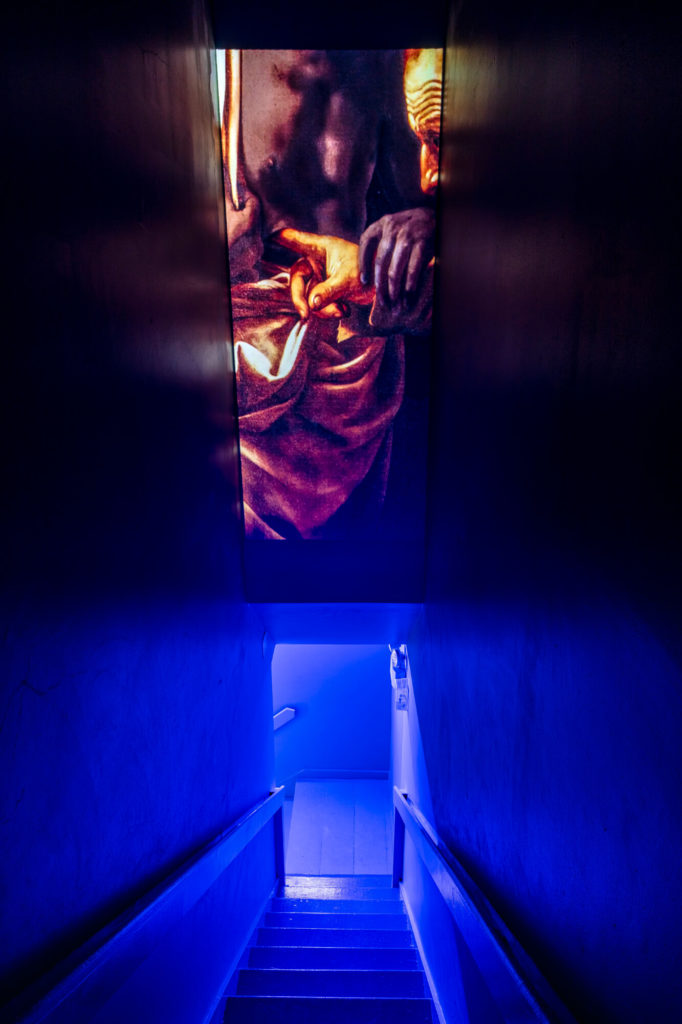 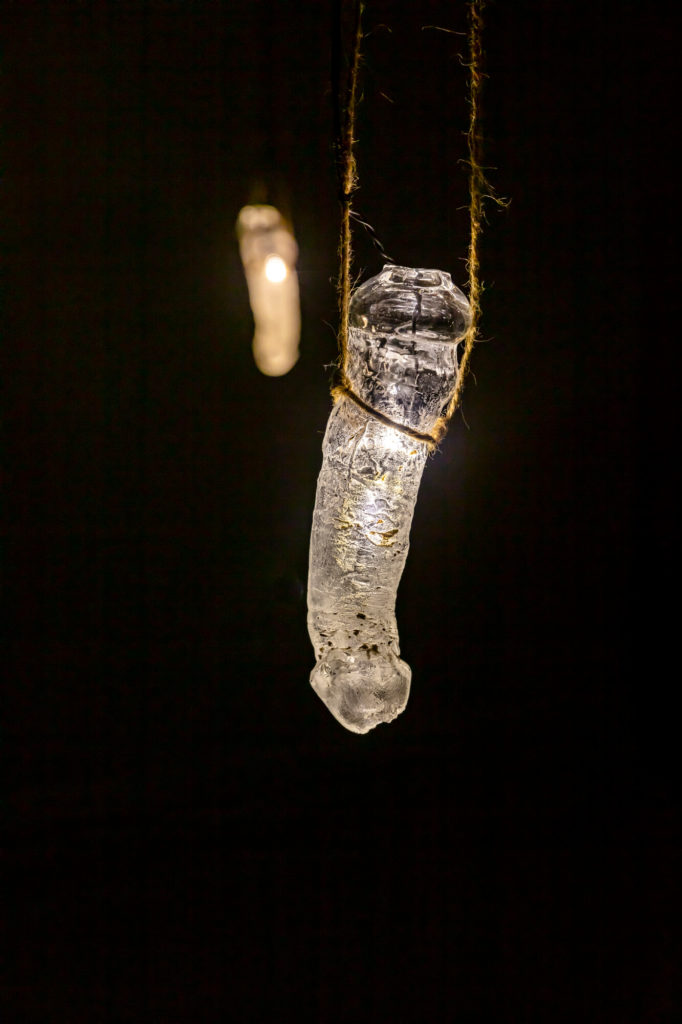 Shikeith is a Pittsburgh-based, conceptual artist working in installation, sculpture, photography, and film. In Feeling The Spirit In The Dark, Shikeith brings together four surreal, uncanny installations that explore the psychological impact of light, darkness, touch, and space on the Black body and soul. Tracing the history of Black people through sound, especially the Blues, Jazz, Gospel, and R&B, and movement in the wake and weight of the ship, Shikeith tells the narrative of the afterlife of slavery and what haunts Black queer, male-embodied people in society.

Throughout this exhibition, Shikeith works with collaborators to create the music and sound elements: producer and rapper Trapcry, saxophonist and producer Corey Staggers and curator, singer, and production artist Justen LeRoy.

The exhibition title is inspired by Aretha Franklin’s song Spirit in the Dark from her 1970 album with the same name, and Feeling the Spirit in the Dark: Expanding Notions of the Sacred in the African-American Gay Community by E. Patrick Johnson. In his essay, Johnson wrote that Franklin’s music “blurs the boundaries between the sacred and the secular – both through its lyrics and musical composition. Fueled with the vocal melismas and rhythmic syncopation found in gospel and blues, Franklin’s song uses the sacred notion of spirit as a metaphor for sexual ecstasy. . . Spirit in the Dark also highlights the dichotomy of body and soul within the Black church, the belief that to be saved means to yield not to temptations of the flesh. Within the context of the Black church, feeling the spirit in the secular/sexual sense is an act of transgression, a symptom of the sinsick soul.”

In the first two installations, Shikeith foregrounds how Black queer men move from place to space outside of the church to retain a kind of ecstatic experience away from the constraints of Christianity and whiteness. Emerging from this exhibition is a new language around Black maleness that is malleable, tenable, and affirming.

Feeling The Spirit In The Dark

In Black interior space, haint blue is used to ward off ghosts and evil spirits. With color and sound, Shikeith makes palpable the immaterial presence that wants to cause Black people harm. Blue light dominates this space to create a protective boundary around Black sound. The water simultaneously symbolizes the religious rite of passage and purification (baptism) and the horrors and racial terror inflicted upon enslaved Africans during the forced voyage across the Atlantic (Middle Passage).

Altar (Held After) is a conflation of the Catholic confessional and backroom queer glory hole. Shikeith merges two distinct spaces – one that venerates rigidity and purity, and limits touch, and the other expresses freedom and pleasure and encourages tenderness. These two spaces combine to create a new vernacular of sensory experience that shifts and slips from care to violence.

Shikeith partially reproduces Caravaggio’s painting “The Incredulity of Saint Thomas,” in which Jesus guides doubting Thomas’ hand into his wound as physical evidence of his existence as a man in corporality. Shikeith remixes the subject of Jesus and alters the flesh, so he becomes a Black man and leaves Saint Thomas as a white man. The moment of touch and examination conjures the history of the Black male body being hyper-policed and consumed through whiteness.

The Beauty of Recovering What Has Been Lost

Suspended in the formation of the Big Dipper are seven glass penis lanterns. These fragmented, exhumed penises float in space – evoking the castration of Black men at the scene of a lynching, which was often an ecstatic religious event for white oppressors. Shikeith uses the illuminated, ghostly, glass penises to map out the Big Dipper, which is the most visible and brilliant part of the Ursa Major constellation. Shikeith subverts the oppressor to show how Black people used the stars to lead them north to freedom by way of the Underground Railroad.

Shikeith is originally from Philadelphia, PA, and now lives and works in Pittsburgh, PA. He received a BA from The Pennsylvania State University (2010) and an MFA in Sculpture from The Yale School of Art (2018). Within overlapping practices of visual art and film making, he investigates the experiences of black men within and around concepts of psychic space, the blues, and black queer fugitivity. He has shared his work nationally and internationally through recent exhibitions and screenings that include The Language Must Not Sweat, Locust Projects, Miami, FL; Notes Towards Becoming A Spill, Atlanta Contemporary, Atlanta, GA; Shikeith: This was his body/His body finally his, MAK Gallery, London, UK; Go Tell It: Civil Rights Photography, Seattle Art Museum, Seattle, WA; A Drop of Sun Under The Earth, MOCA LA, Los Angeles, CA; Labor Relations, Wroclaw Contemporary Museum, Poland; and Black Intimacy: An Evening With Shikeith, MoMA, New York, NY. He is a 2019 recipient of the Joan Mitchell Foundation Painters & Sculptors Grants.

The Museum of All Things