The installation incorporates several objects in a room so spare and colorless as to suggest a clinical space A steel construction painted white is... 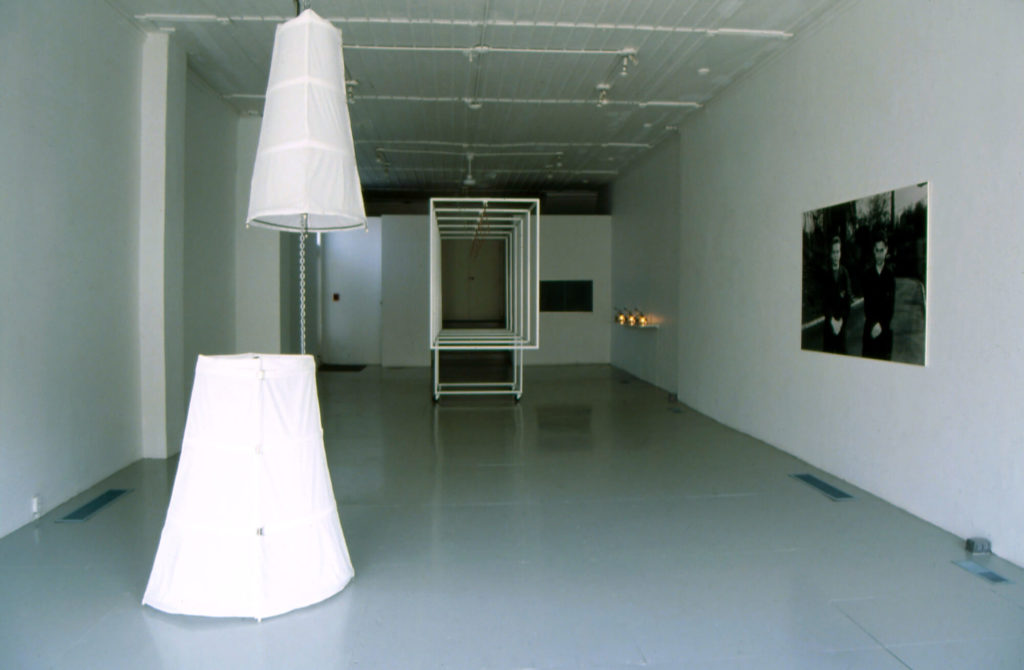 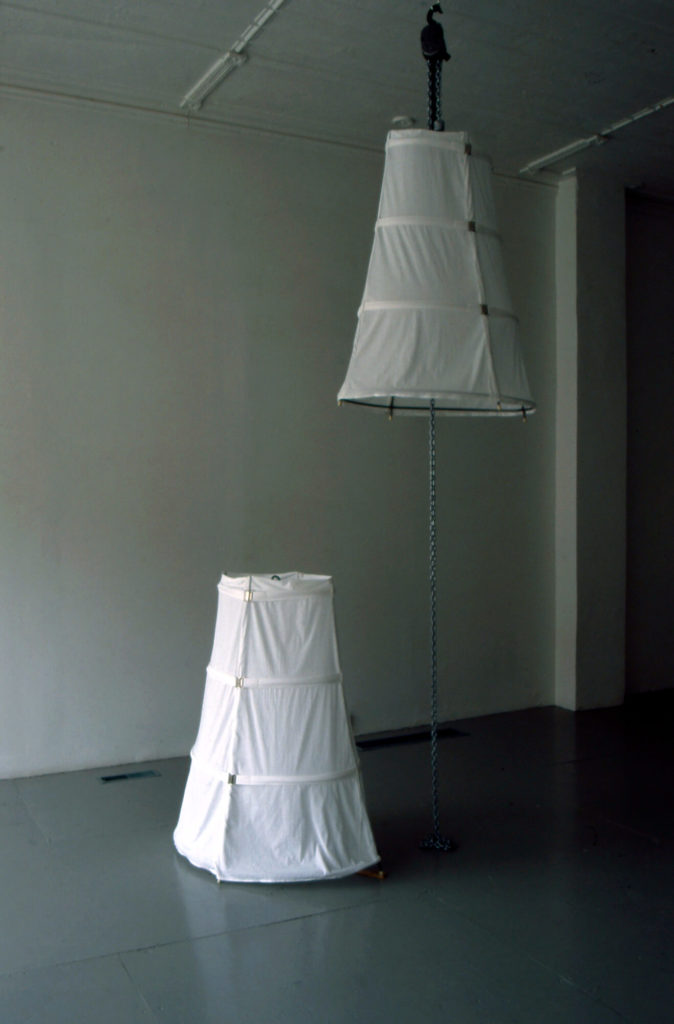 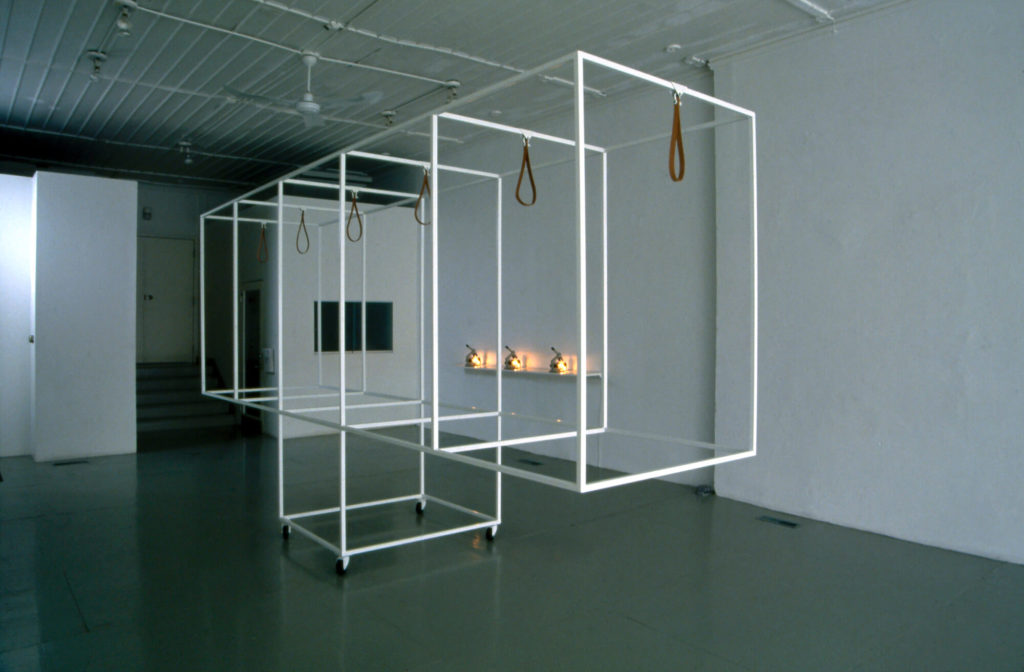 The installation incorporates several objects in a room so spare and colorless as to suggest a clinical space. A steel construction, painted white, is placed directly in front of a door in the museum. It looks like a tunnel, but you cannot go through it.

Microscopes, which are a kind of tunnel, sit on a shelf along one wall. They provide a glimpse of slides of trophies.

There are two skirt-shaped constructions made of fabric similar to hospital sheeting, with heavy buckles. One is hanging by a pulley, and one rests on the floor.

A large photo of two men who worked in the hospital morgue implies nothing about their occupation except in the white rubber gloves they are wearing.

The installation connects to her mother’s clinical death while she was in the hospital having surgery. The artist’s mother felt herself to be in a tunnel, pulled toward a light at its end, meeting people already dead. She believed that she had a choice: she felt the attraction of the light and wanted to go toward; but she chose instead to come back — to choose life by returning to her family.

In my work, I would like to reach a certain feeling which will remind the viewer of a situation familiar to him, a situation to which he can relate in his own way. This experience can be different from my first idea, and I find installations where the viewer explores new meanings himself very interesting. I had several opportunities to work on my new installation abroad. This means that the project was created in the context of contact with a different society. I find inspiration in my own experiences or situations I see around me. Lately the experiences may be seen as moralist commandments. But they come from preset interpersonal relations in which an obvious, carefree optimism does not dominate. On the other hand, anxiety, vulnerability, aggressiveness, indifference and dullness have found their place. Seeing the world through pink glasses or serving it on a silver plate is not my cup of tea, because I don’t live in such a world.

Milena Dopitová was born in 1963 in Sternberk. She attended the Academy of Fine Arts in Prague from 1986-1994. In her work she would like for the audience to experience or remind the viewer of a familiar situation. She wants the viewer to understand the piece in his or her own way.