This Mattress Factory installation is an extension of our ongoing research and explorations originating from The Power House a single family bungalow in Detroit... 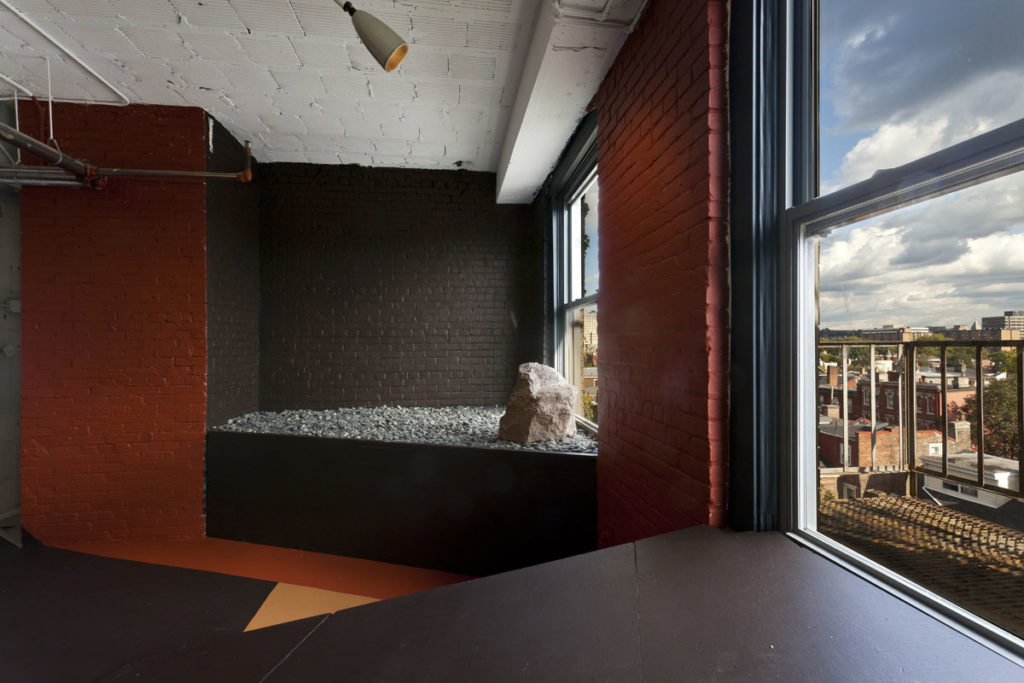 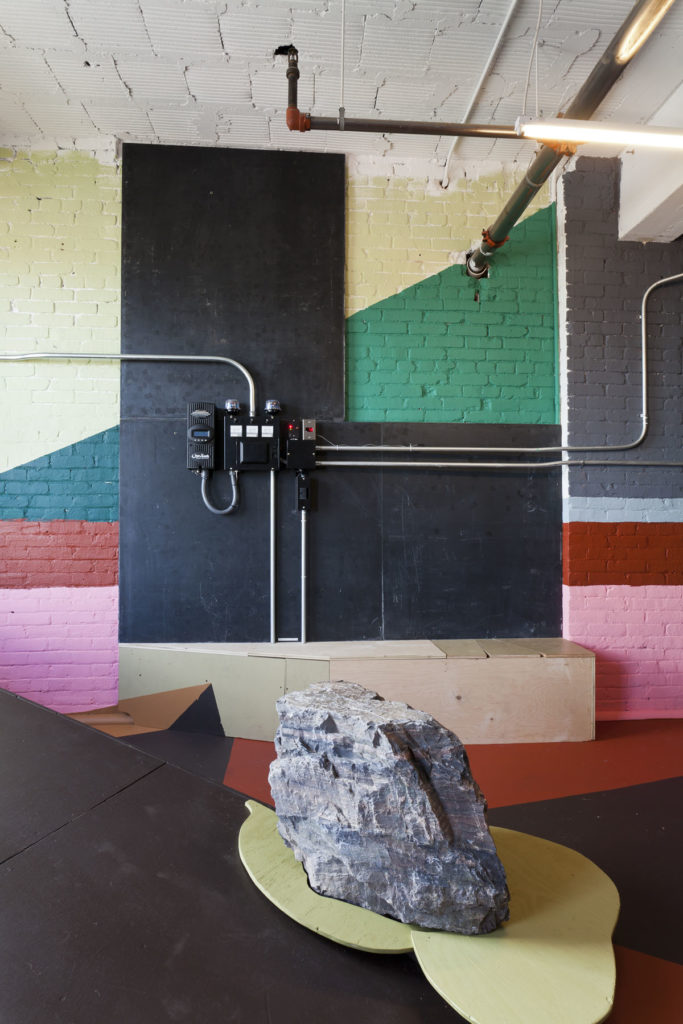 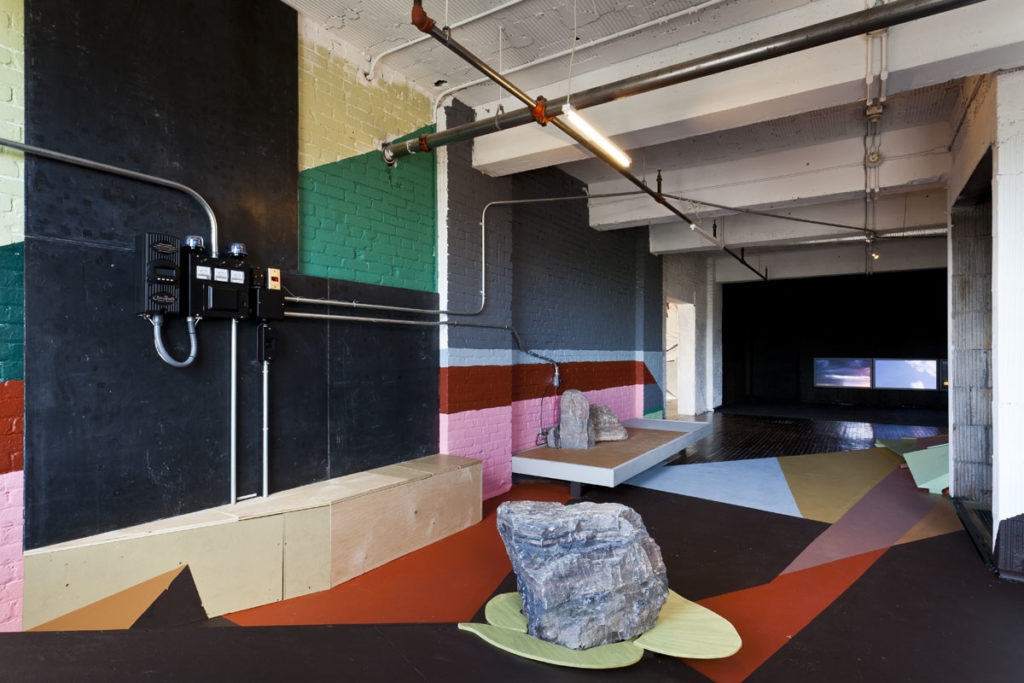 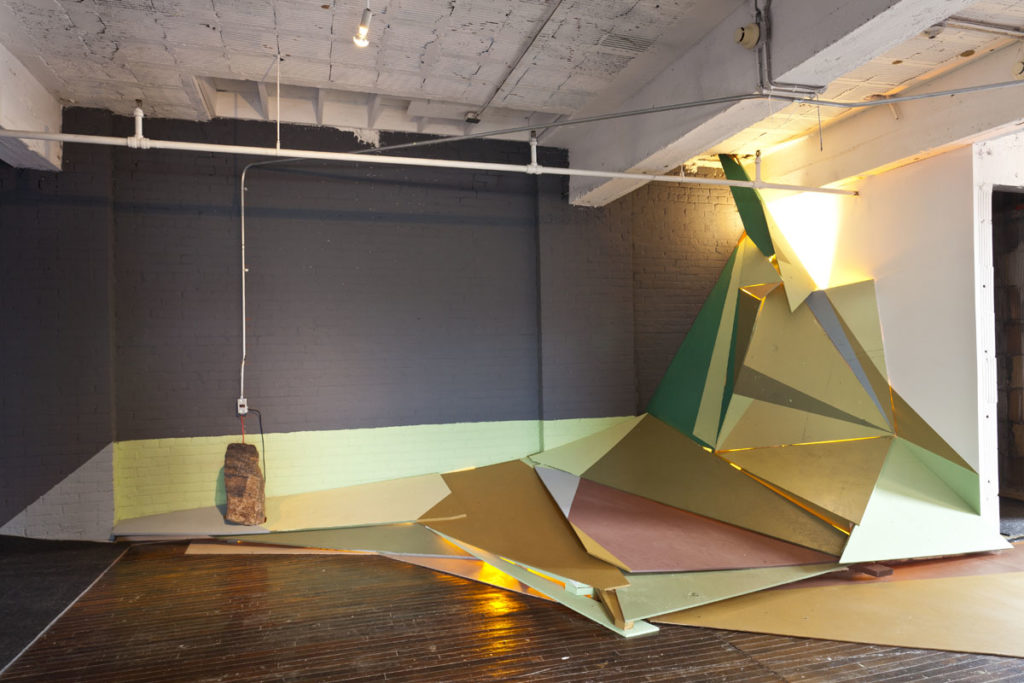 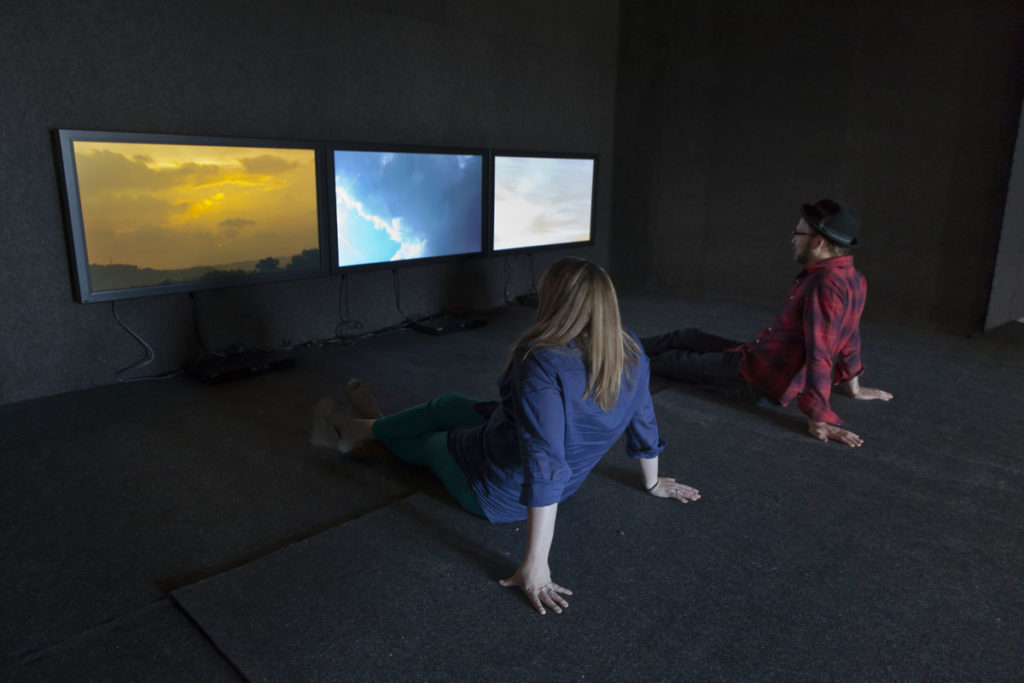 This Mattress Factory installation is an extension of our ongoing research and explorations originating from The Power House, a single family bungalow in Detroit transformed into a place for observing and collecting solar and wind movements through video recordings, photovoltaic and wind energy production, solar heat storage, and color mapping. Following the Sun 2 transforms the southeast corner of the building’s 4th floor, using the space to develop and learn within a new context while considering the scenery of the place.

The installation was designed as a welcoming environment for reflection and contemplation through direct observation via technical read outs of real time wind and solar activity, heat emanating from strategically placed warming rocks, and the Pittsburgh sky – Dusk, Day and Dawn – via views from the gallery windows, recorded during the month of August 2013. An important aspect of our exploration, visible throughout the room, is the use of Direct Current (DC) electricity which we use as an aide or indicator of how to better educate ourselves about opposing forces – soft/hard, dark/light, positive/ negative, yin/yang, cool/warm.

Gina Reichert and Mitch Cope founded Design 99 in 2007 to investigate new models of contemporary art and architectural practice. Initially occupying a retail storefront space, the design studio situated itself in the public realm offering over-the-counter design consultations and $99 house call specials. Now working from their home-base in Detroit, MI, the team continues to investigate the functionality of art and aesthetics in their neighborhood. Since 2008, Cope and Reichert have been developing the Power House as a test site for ideas and methods, lo- and hi-tech building systems, and as a point of conversation for an entire neighborhood. In 2009, they founded Power House Productions (PHP), a nonprofit organization focused on neighborhood stabilization through art and culture. PHP facilitates the work of artists initiating long-term projects, and cultural and recreational programming in the neighborhood.

Gina Reichert (American, b. 1974) holds Master of Architecture degrees from both Cranbrook Academy of Art and Tulane University and has worked for housing organizations and architecture firms in Cincinnati, New Orleans, New York and Detroit.