My work address the relationship of disembodied knowledge to embodied experience and materiality. 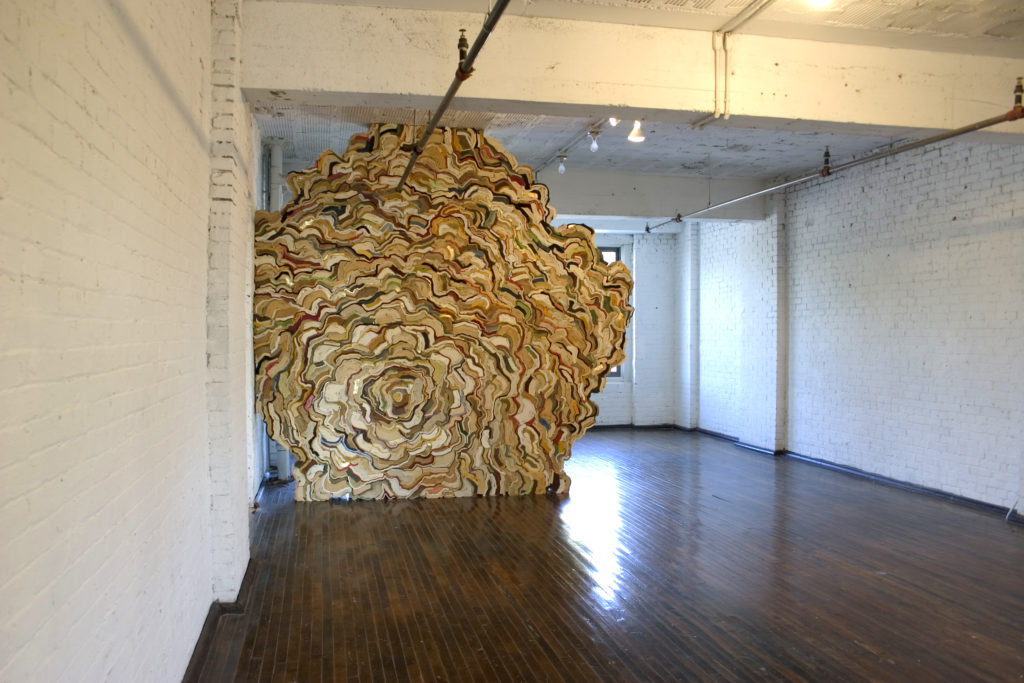 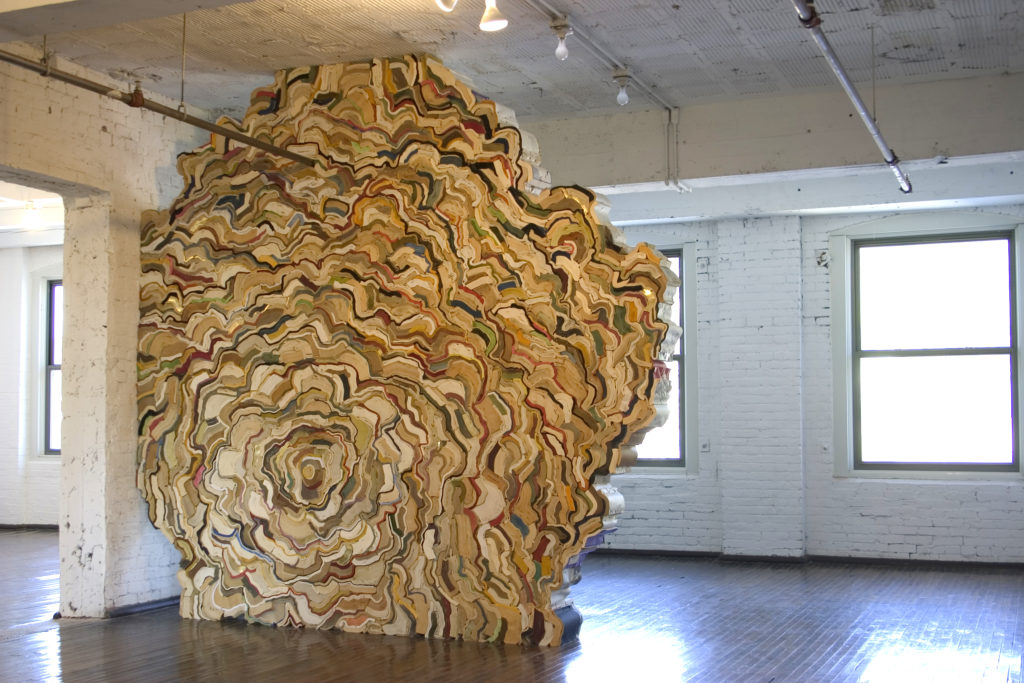 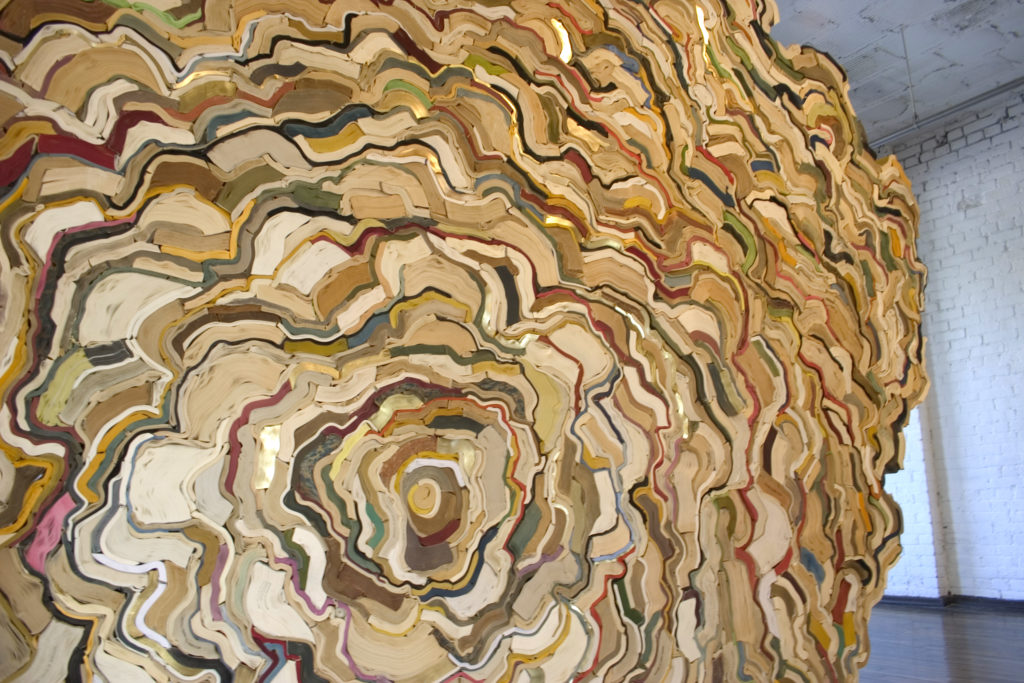 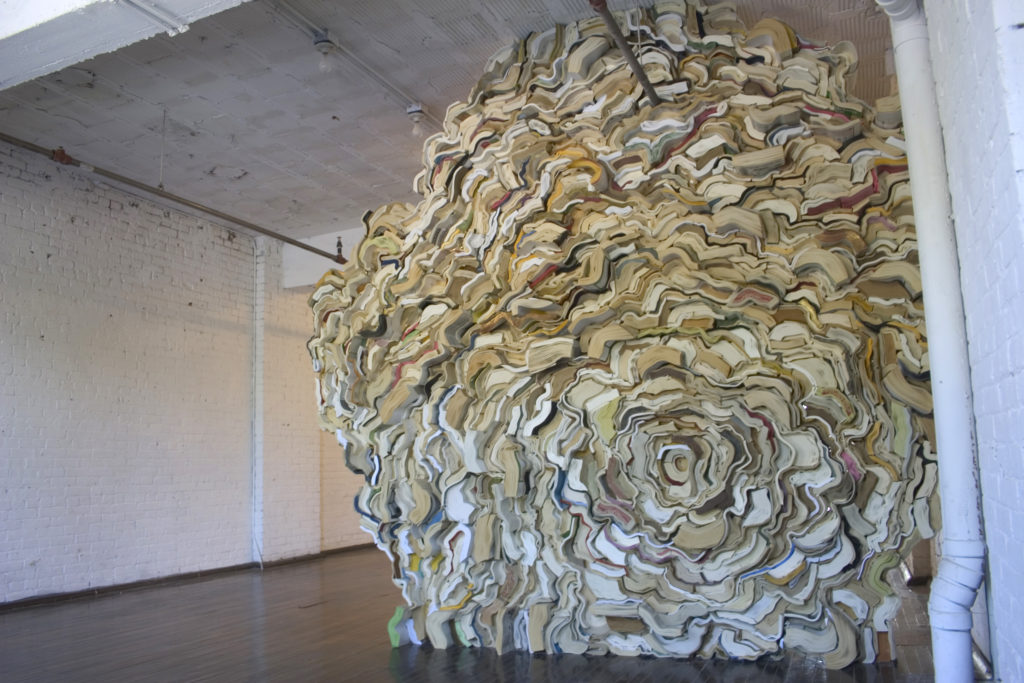 On the 4th floor, visitors are confronted with an enormous structure, which at first glance replicates the cross-section of a felled tree. However, after examination, viewers find that Callan has erected his entire installation out of coverless books that are drilled together to create an intrinsically organic structure that beings to approach a painting or drawing. In previous works, Callan has cut, scratched, folded and punched surfaces of original prints, paintings and photographs rendering the original virtually unrecognizable. In this manner, he draws attention to the objects we are surrounded by everyday. Callan addresses books as objects rather than sacred cultural artifacts and prompts viewers to explore ideas of materiality: what is a book and what is its purpose? Within a cultural context of hypertexts, virtual communication, the Internet and the commodification of books, Callan’s work encourages viewers to consider how we now address traditional modes of relaying knowledge such as through the use of textbooks, encyclopedias and atlases.

My work address the relationship of disembodied knowledge to embodied experience and materiality.

Endless Self-Portrait / Portrait of an Audience

A Small Patch of Earth