Two photographs hand on the walls of the adjoining rooms Each appears to be of the empty room in which it hangs In the... 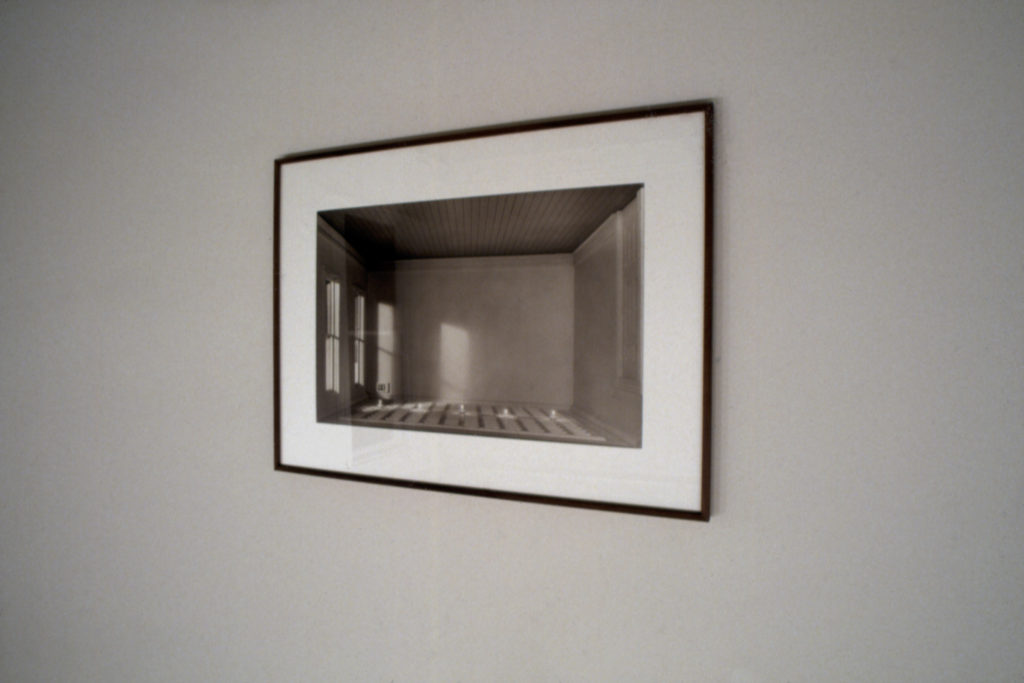 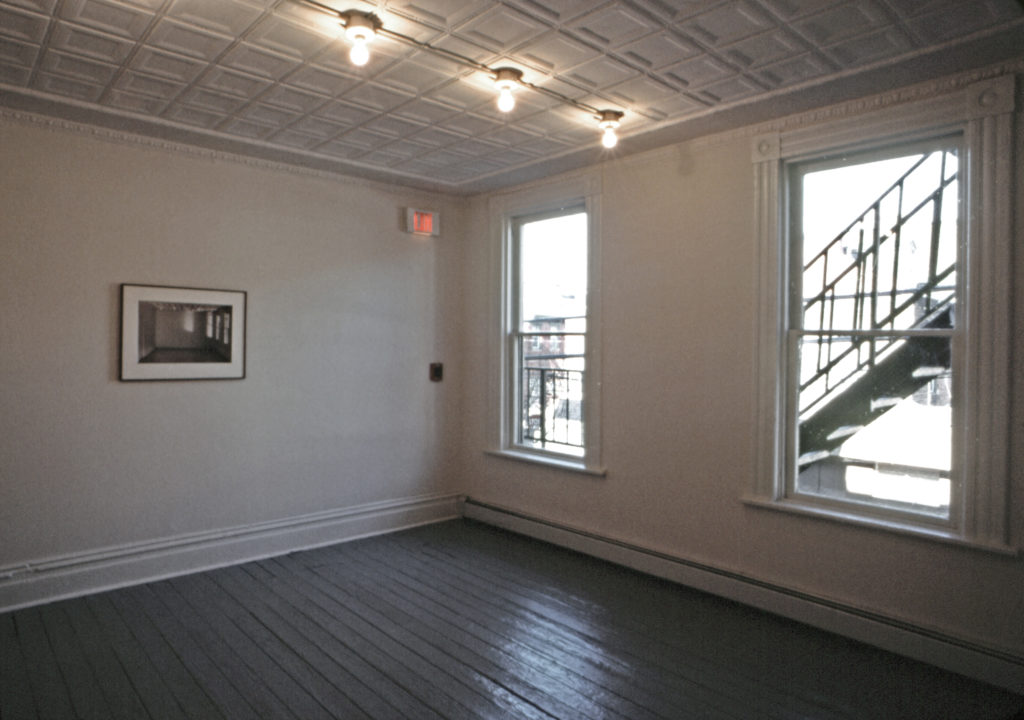 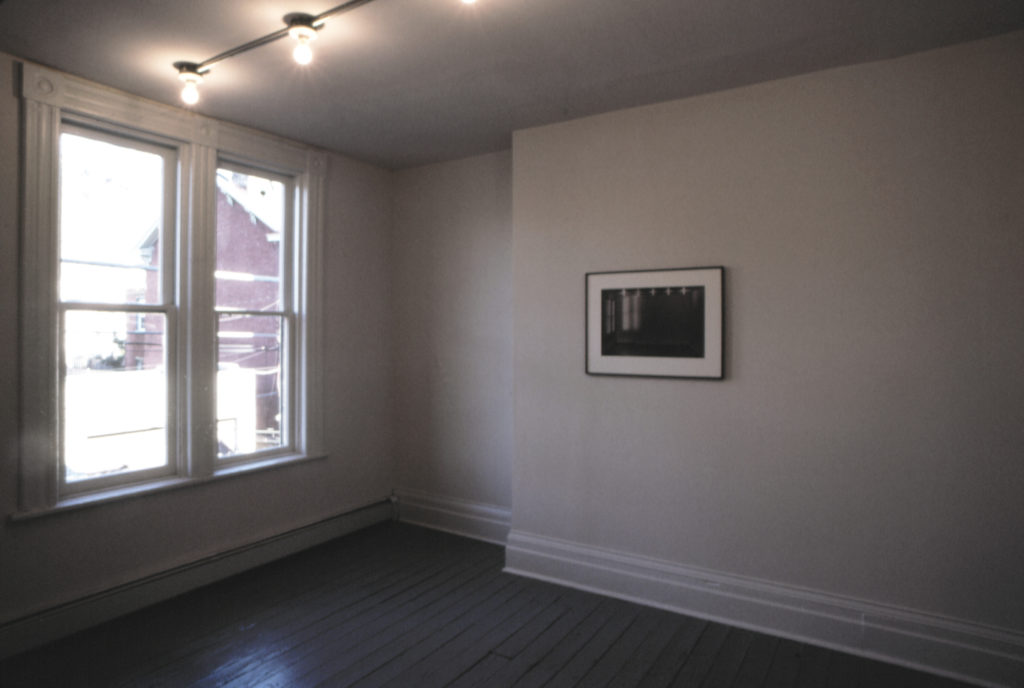 Two photographs hand on the walls of the adjoining rooms. Each appears to be of the empty room in which it hangs.

In the photographs, though, small details are different. Floorboards are a little straighter. Moulding, blemished by years, is smooth again. Sunlight streams through the windows at unnatural angles. The doorknobs are gone, the fire pull is missing. And the camera’s point of view seems to be from behind the dividing wall between the rooms.

Only a model, meticulously built, could have been photographed from that position.

My response to the small adjoining rooms of the second floor of 1414 Monterey was to fabricate a scale model of each. One model was lit for dawn light, while the other was lit for sunset. Both small illuminated interiors were shot with a large format camera and printed as 23″ x 15″ sepia toned photographs. Each image was matted and framed and hung in each of the respective rooms for the duration of the exhibition period.

I intended these photographs to act as a kind of beaux-arts memorial. They commemorate the ideal presence of a sentient viewer, standing within the body of the actual rooms.

John Massey was born in Toronto. He attended Trent University and obtained his degree from the Ontario College of Art and Design University. He creates installation art and works with photography and sculpture. His work has received many awards such as a grant from the Canada Council for the Arts and the Gershon Iskowtiz Prize for Lifetime Achievement.