This work evolved from research concerning Napier 8217 s Great Uncle Jonathan Napier who was killed in action in the Third Battle of Passchendaele... 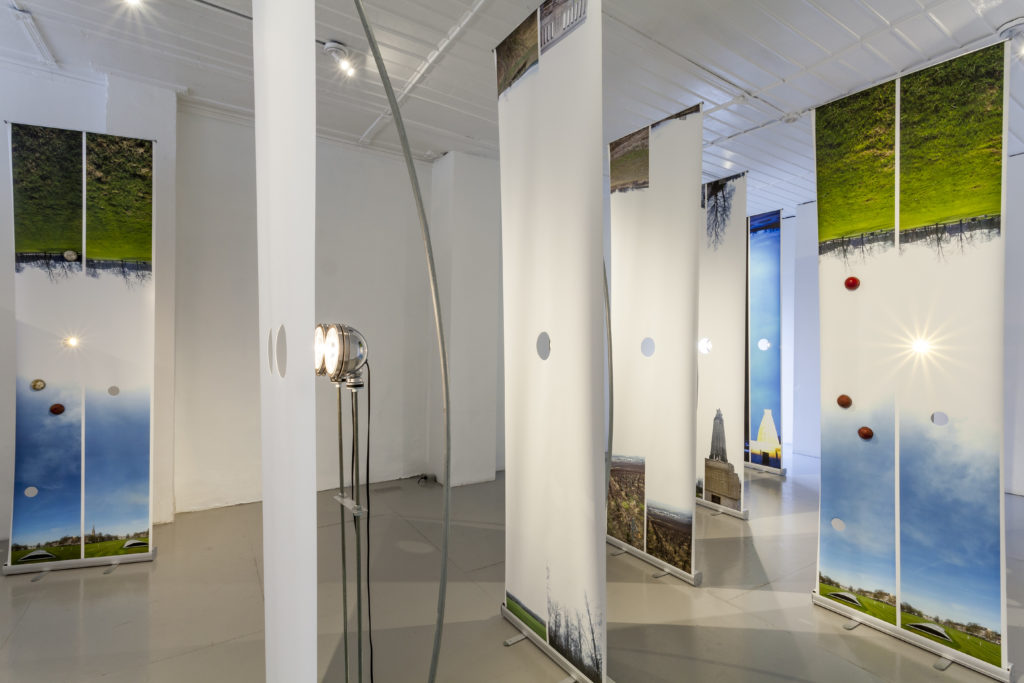 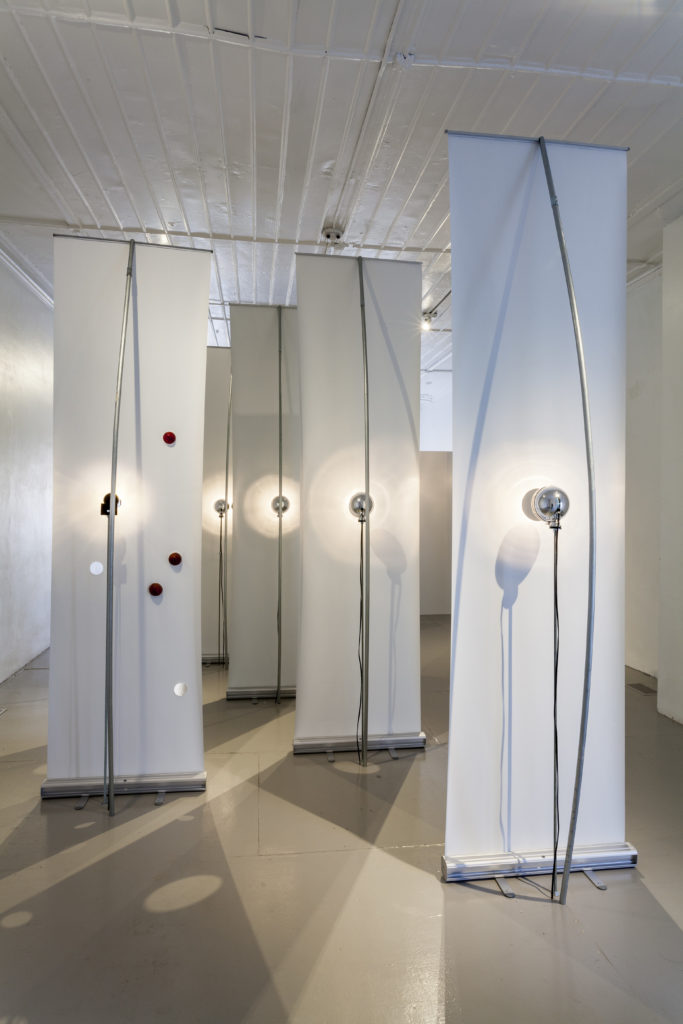 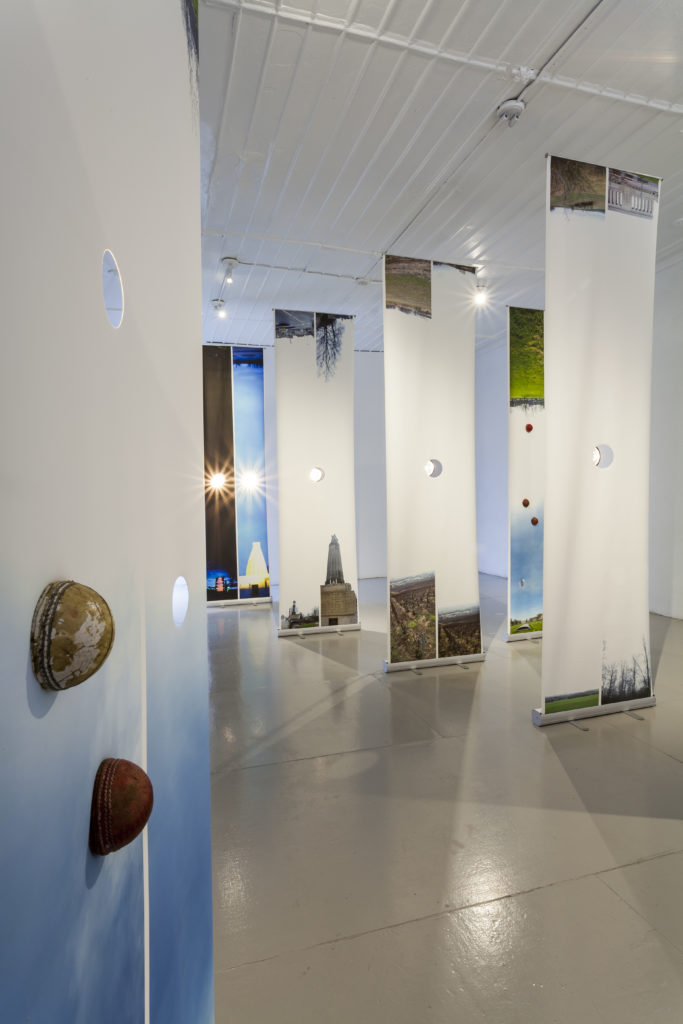 This work evolved from research concerning Napier’s Great Uncle Jonathan Napier who was killed in action in the Third Battle of Passchendaele in Belgium in 1917.

Napier’s work deploys banner stands as ready-made exhibition devices, which he appropriates and creatively extends beyond their usual use, to present the results of research and fieldwork in Ireland and in France.

This fieldwork meant actually standing in fields and streets of interest, as he worked his way through specific landscapes. The images were formed by attempting to produce a pitch or arc within a landscape using a hand-held camera with a panoramic setting. The results depended on pace, direction, accuracy and follow-through, as part of a bowling or pitching action. Practice is necessary to get an image and trajectory to “land,” and to produce “a slice of landscape.”

The sites in France trace the “progress” of the 28th Pittsburgh Division in 1918 during the First World War, as the summer and fall exploded across Champagne and Argonne regions, before the armistice. Whilst there is an American narrative to these images, they also intersect with the French World War I narrative. Within the images are fields of battle, battle site commemorative sculptures, graveyards and national monuments. Military sacrifice remains part of the construction of nationhood.

In Ireland there is no State monument to “The Troubles” as it cannot be agreed who the victims are. “The Troubles” legacy, combining responsibility, compensation and commemoration, continues to be a contentious part of the fragile peace process in Northern Ireland.

Philip Napier is a sculpture and mixed-media installation artist. His work has used visual and aural languages to explore the relationship between the colonized and colonizer in Northern Ireland. With a strong sense of history, he combines intellectual, poetic, visceral and emotional elements in sculpturally inventive ways. He has developed works within gallery contexts and through time-based and permanently situated public projects. Napier is a respected educator, and currently head of Fine Art at the National College of Art and Design in Dublin.