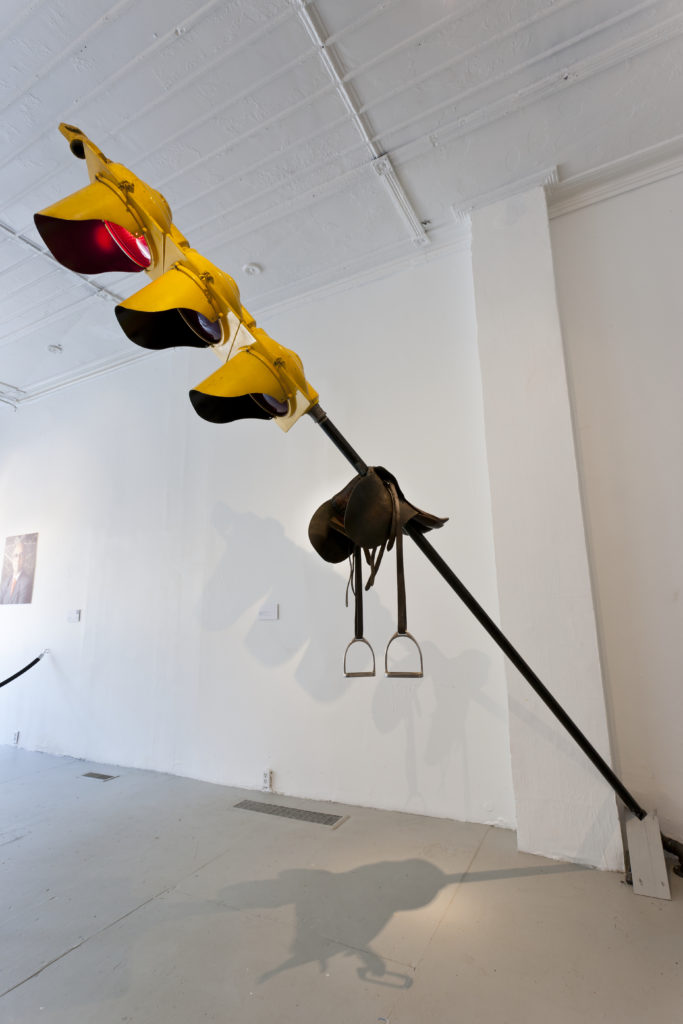 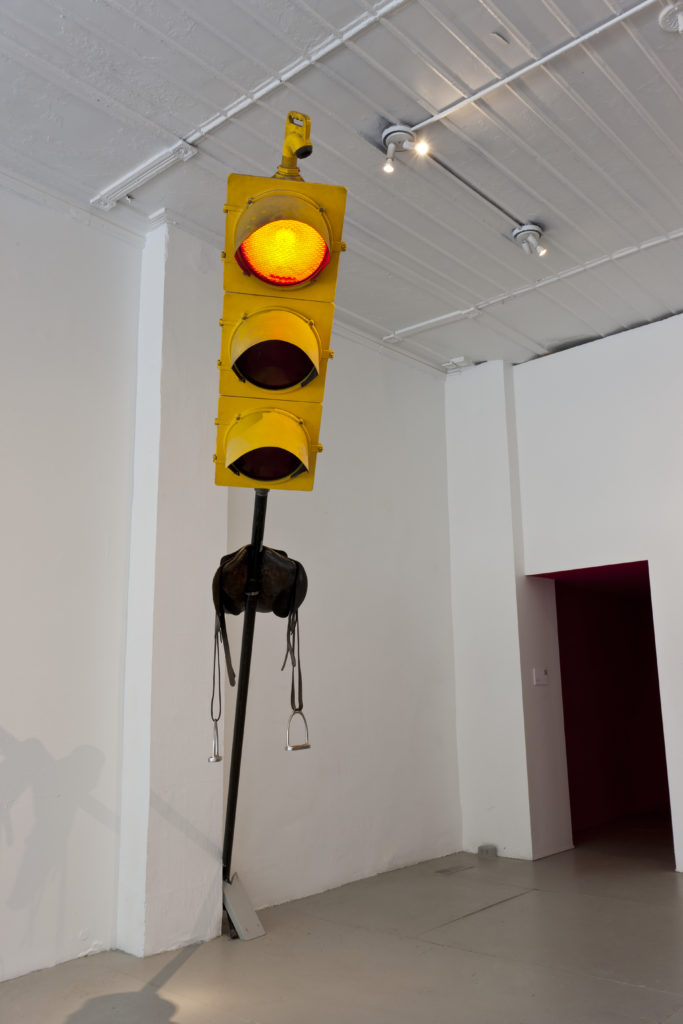 Gallop Pole was inspired by a saddle captured from a pro-Mubarak club-wielding mercenary on horseback charging into Tahrir square to break up the peaceful protest on February 2, 2011. The saddle hung for months from a traffic light pole in the square to commemorate the successful revolution. Subsequently, Tahrir has been taken over by the Egyptian army and central security troops though protesters persist and die there even this week.

Gallop Pole puns on Gallup’s polling organization and its limitations in depicting peoples’ sentiments, will and capacity for change in totalitarian, autocratic or even ‘democratic’ regimes. It also situates the revolution in Egypt within the context of global social upheavals. The signals from above are ‘stop’, ‘stop’ and ‘stop’ and not ‘stop’, ‘caution’ and ‘go’. Revolution is not permitted but toppling an institutionalized government requires running the light. And red is the appropriate color of alarm that necessitates action.

In September 1787, at the signing of the US Constitution, Benjamin Franklin remarked on the half sun decorating the president’s chair “I have often looked at that behind the president without being able to tell whether it was rising or setting.” Similarly one can interpret the pitch of the traffic light as being toppled or erected, engineered or improvisational, static or mobile and steered by an absent rider.

Andrew Ellis Johnson’s exhibition topics have ranged from the apocalypse to animal nature and disasters of war to the culture of class. Venues for his work have included museums, galleries, electronic arts and video festivals, public collaborations, conferences, books and journals in North and South America, Europe, Asia and the Middle East. He is co-founder of the socially engaged collective, PED, that has performed in Buffalo, Belfast, Chongqing, Rio de Janeiro, St. John’s and Tonawanda. Johnson received his BFA from the School of the Art Institute of Chicago and his MFA from Carnegie Mellon University where he is Associate Professor of Art.