This work is a Cross-Corner Projection piece, part of a series of some of the earliest light works that Turrell made 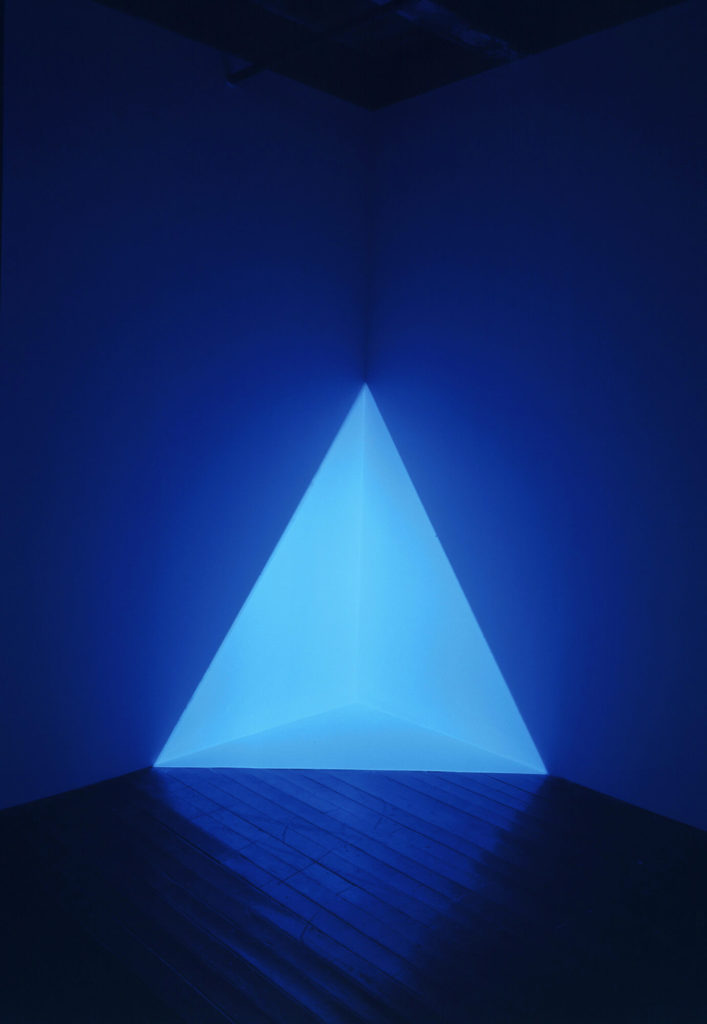 This work is a Cross-Corner Projection piece, part of a series of some of the earliest light works that Turrell made. This work uses a projector to create light in a shape that seems to have weight and mass. Notice that the shape in this work – a tetrahedron – is similar to Reathro II on the fourth floor.