A Soviet 1969 GAZ 69A serves tropicalized Russian espresso drinks in a nod to a Cold War era trade deal between the Soviet and Colombian governments. 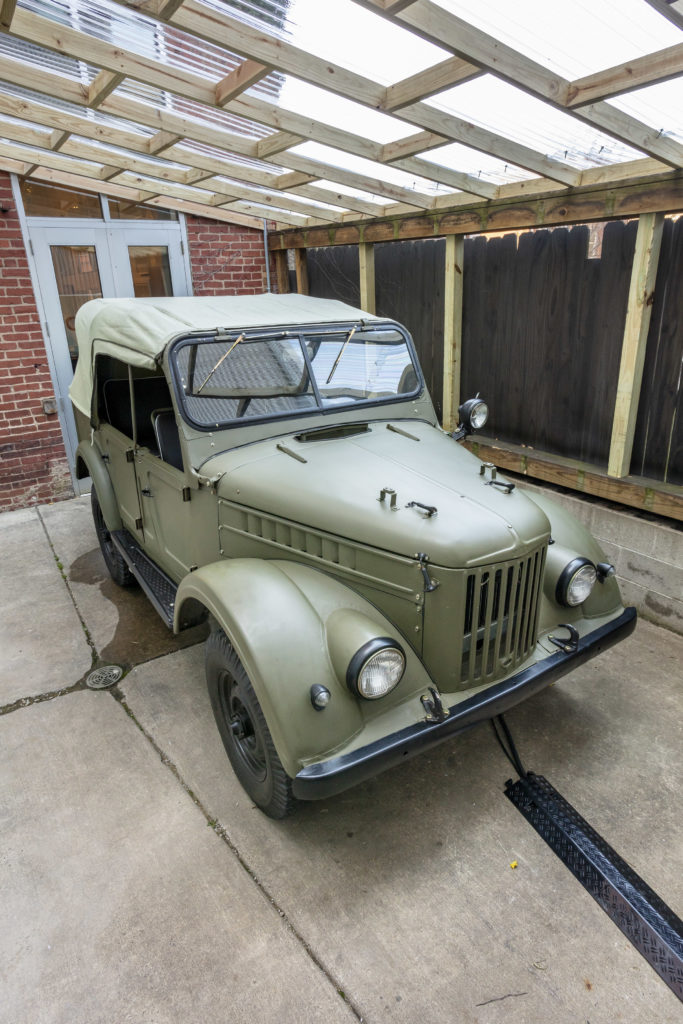 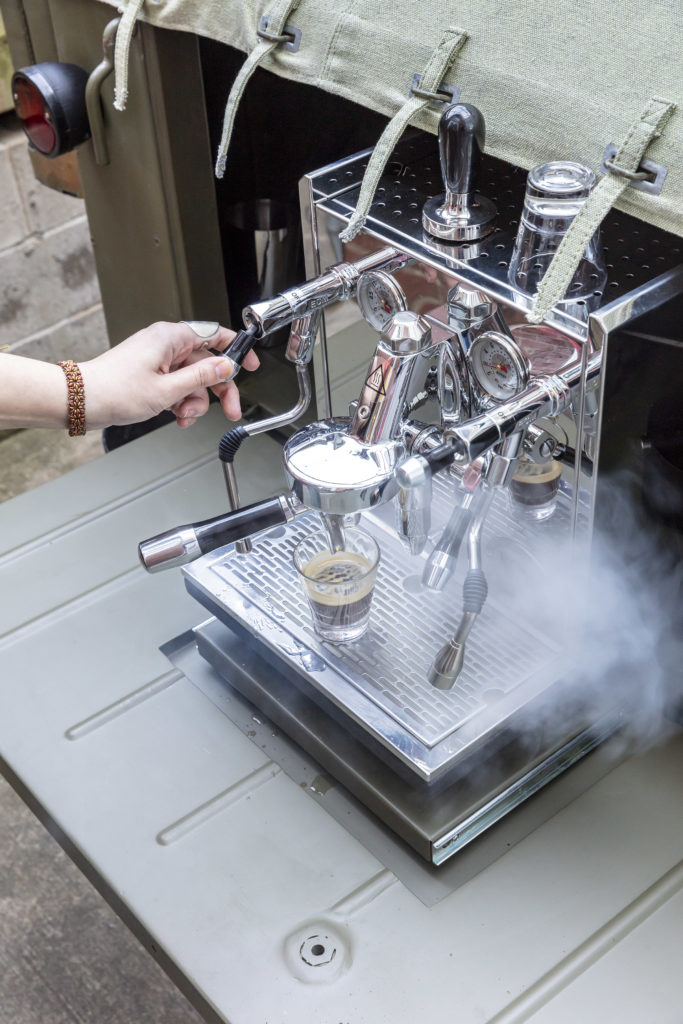 GAZ COFFEE build #1 turns the café patio into a platform for discussions on imperialism, labor, ideology, trade, and geopolitics. A Soviet 1969 GAZ 69A serves tropicalized Russian espresso drinks in a nod to a Cold War era trade deal between the Soviet and Colombian governments.

The Soviet GAZ automobile company was started in the early 1930s with technical assistance from the US based Ford Motor Company and is an example of pre–Cold War exchange. During World War II, the GAZ company assembled Chevrolets. At the end of the Soviet Cold War era, GAZ had a relationship with Daimler Chrysler and General Motors.

In Colombia alone, 540,000 people work in coffee production. Coffee came to the Americas with conquest and developed into a staple of the capitalist world. Coffee is one of the world’s most valuable commodities and is produced in the Global South. The Cold War era (1946 -1991) was marked with several coffee shortages for the Soviets and the Eastern Bloc. One of those shortages prompted the GAZ for coffee deal at the end of the 1960s.

On specified dates during the Pop-Aganda exhibition, GAZ COFFEE build #1 will be activated to serve coffee. The artist will be present on several occasions for activations.

Generous support has been provided by Art Up, the Mattress Factory and the John Simon Guggenheim Memorial Foundation.

I am a child of the Cold War born in the United States to Colombian parents. Growing up I remember the 1980s as a time where there was an acute obsession with the Soviets/Russians. They were dangerous. They were our enemies. We were in competition to dominate the world. Times change, and then they don’t.

I grew up spending many of my summers in Colombia. Those trips were punctuated by a trip to China and a trip to the USSR. My experiences in the Global South and the socialist superpowers influenced the formation of my identity as a particular first-generation US American.

My family mythology includes a story of my mother learning to drive on a GAZ69 and crashing into a tree. The desire to understand the history that led to my mother driving a Soviet car in Colombia in the 1960s inspired GAZ COFFEE.

Liz Cohen (American, b. 1973) is a Colombian American artist best known for her project BODYWORK, in which she transformed an aging East German Trabant into an American El Camino lowrider, and herself into a car customizer and bikini model. In her more recent work, BODY MAGIC, Cohen depicts herself alongside middle-aged lowrider icon, Dazza del Rio, channeling the spirit of a young Lisa Lyon as she was photographed by Robert Mapplethorpe. Cohen’s work has been characterized as examining labor, resistance, and radical self-expression.

I come from a holy place