Homestead Grays came about as a result of Murata 8217 s recent collaboration with Dearraindrop 8217 s Billy Grant Murata and Grant had just... 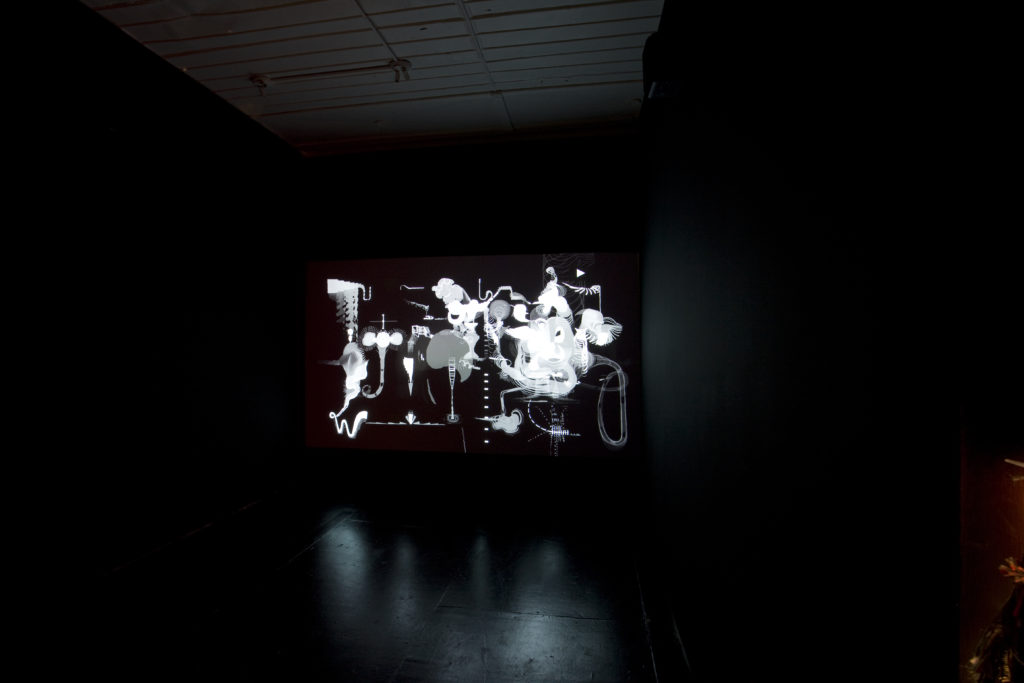 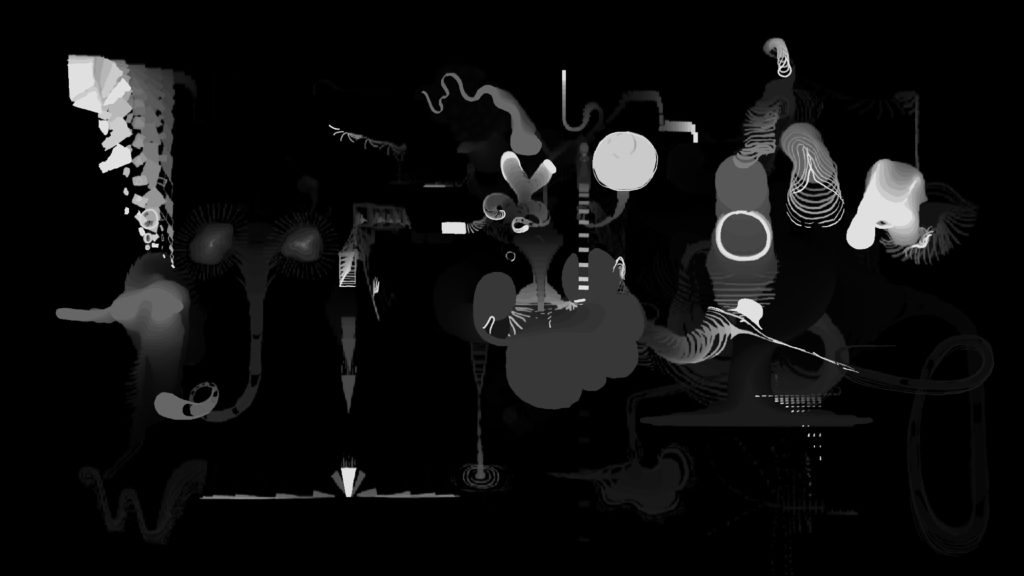 Homestead Grays came about as a result of Murata’s recent collaboration with Dearraindrop’s Billy Grant—Murata and Grant had just made a black and white HD animation that prefigured the structure and rhythm of Homestead Grays for a group exhibition at Max Wigram gallery in London, September 20- October 19, 2008. But with Homestead Grays, Murata went solo. Murata’s earlier work, in contrast to the more classically hand-drawn animation processes used for Homestead Grays, sampled various found footage, i.e. in Monster Movie (2005), a video of the B-Movie, Caveman, 1981; in (Untitled) Pink Dot (2006), Rambo: First Blood (1982). Murata is still interested in hybrid media projects — where layers of 2D imagery, animation, and abstraction generated in real time co-mingle— but more recently he has been re-exploring the work of animators such as Len Lye. Lye’s Free Radicals (1958) is a central influence on Homestead Grays — Lye scratched directly into the film emulsion of black film stock to produce abstract, kinetic forms. Mirroring this process, but with different technological tools at hand, Murata used a Wacom pad to draw an open system of abstract scenarios of organic growth and decay.

Murata’s most recent work is concerned with the incessant morphing of two dimensional forms in real time. In certain screen shots, Homestead Grays sometimes looks like a digital, and more abstract version of Pablo Picasso’s Guernica (1937) — using biomorphic, black, white, and gray forms to depict impassioned movement. Stripped of figural and symbolic values, however, Homestead Grays exudes the kind of visual music that was a signature of the work of Stan Brakhage. Even though it is accompanied by a provocative soundtrack composed by his Troy-based friends, “RG & Trish,” Homestead Grays is also a convincing piece of silent animation, emitting sound through the rigor of its abstract rhythmic forms. Named after an African American baseball team, founded in 1912 by Cumberland Posey in Homestead, Pennsylvania (just outside of Pittsburgh proper), Homestead Grays was not made as a homage to baseball, per se, but—to borrow from Murata’s own description of the piece—as a study of “the space in which memories exist, the cycles of time in which they float.” Graphically, it also points to the abstraction of the landscape surrounding his studio, nestled in Upstate New York.

About the Artist
Takeshi Murata received his BFA in Film/Video Animation from the Rhode Island School of Design.