Artists Pe a Rubin amp Yasko are building a robot army with the help of willing participants The army consists of hypnotized citizens who... 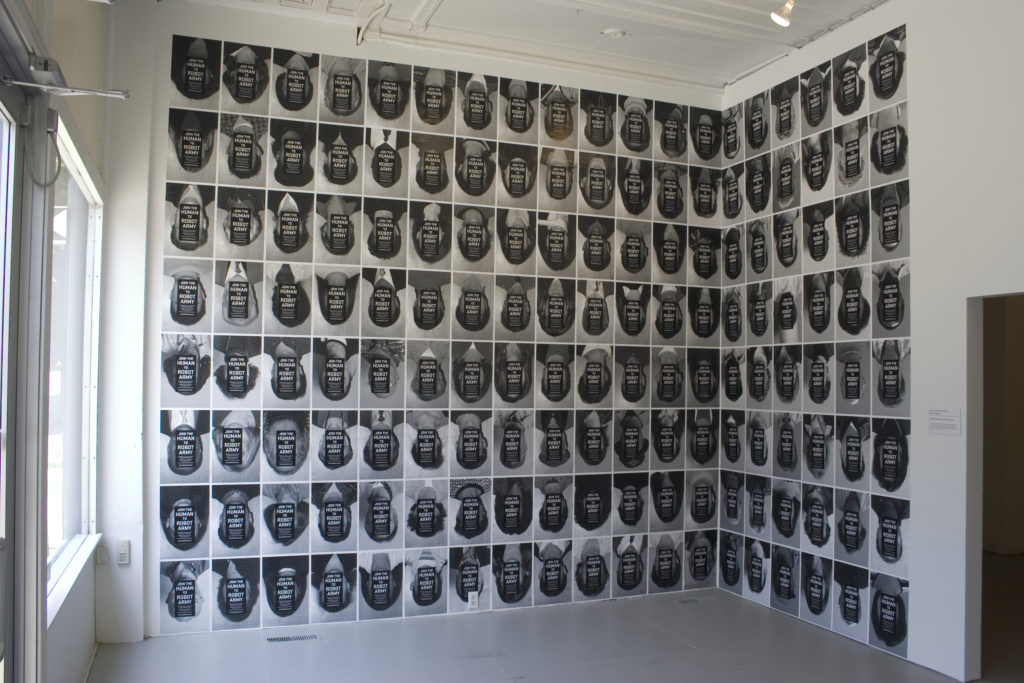 Artists Peña, Rubin, & Yasko are building a robot army with the help of willing participants. The army consists of hypnotized citizens who when triggered by a key word will act like robots for a short period of time. As the show progresses, be on the lookout for the Human to Robot Army.

John Peña (American, b. 1981) is a multi-disciplinary artist who engages with the natural world to reveal the subtle relationships between humans and nature. Through his art, Peña tries to communicate with the environment around him, often documenting a memorable moment or encounter. Those experiences are then pieced together to create a larger story that evokes appreciation for the ordinary moments in daily life. John received his BFA in Painting from Central Washington University and his MFA from Carnegie Mellon University.

Brett Yasko (American, b. 1968) is a graphic designer and artist working in a conceptualist paradigm using text and imagery to subvert traditional notions of language and cultural tropes.