Igor Wagner Has Gone to the Races 2001

This installation is founded on the quotation of a passage of the comic album called "The Jewels of the Castafiore", starring the famous Belgian hero Tintin, created and realized by Hergé. 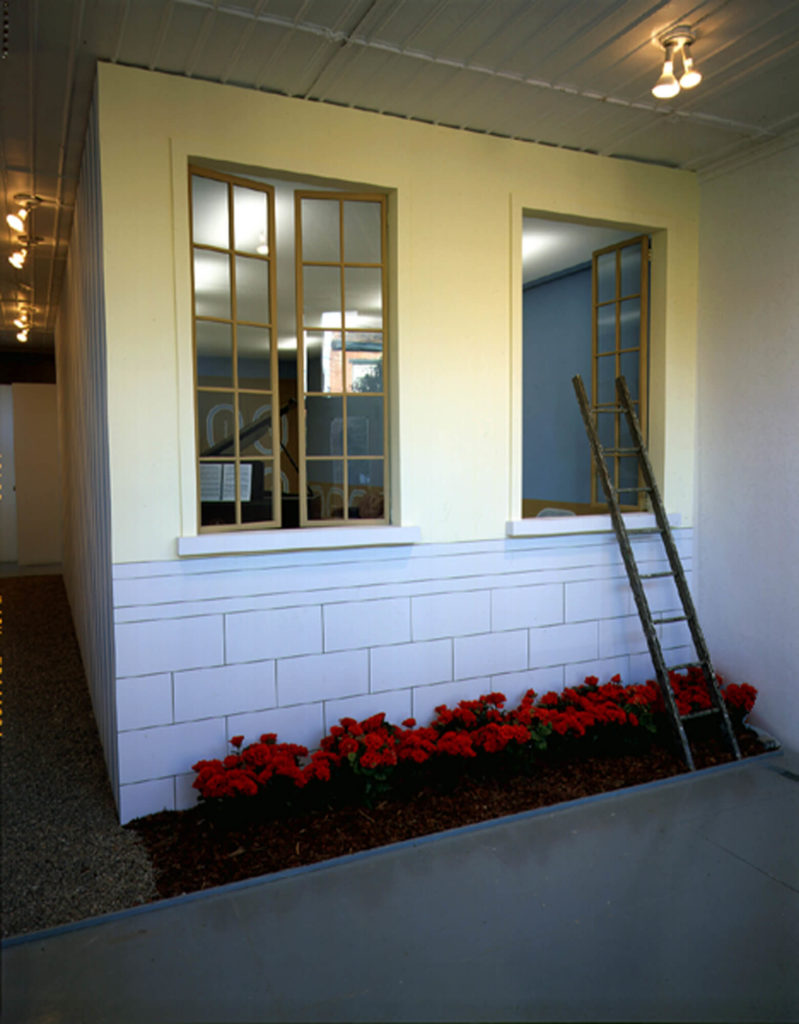 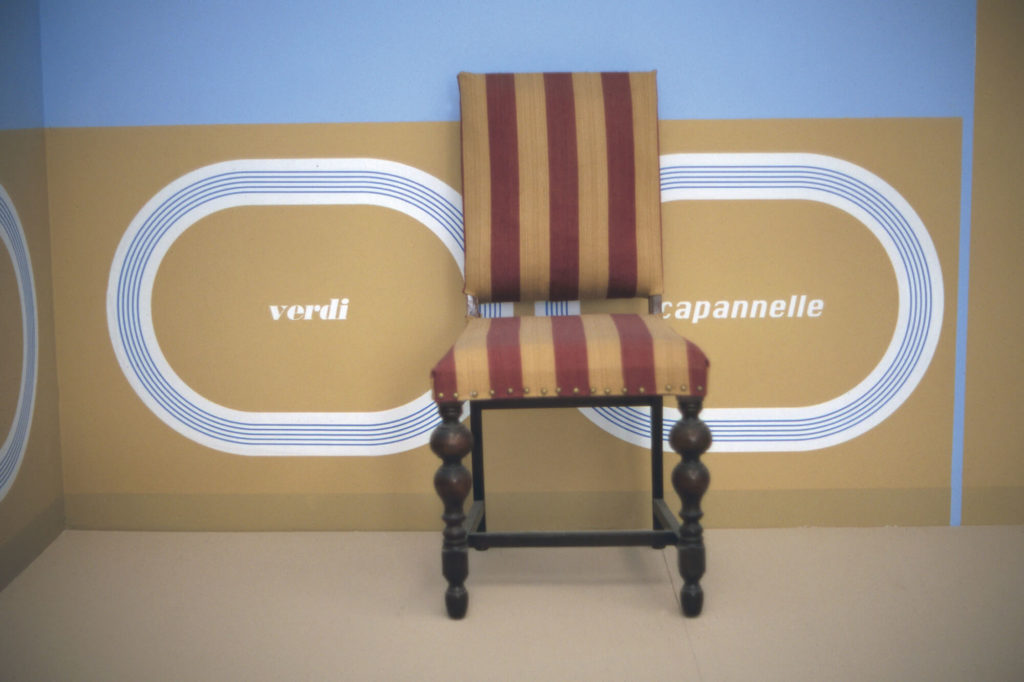 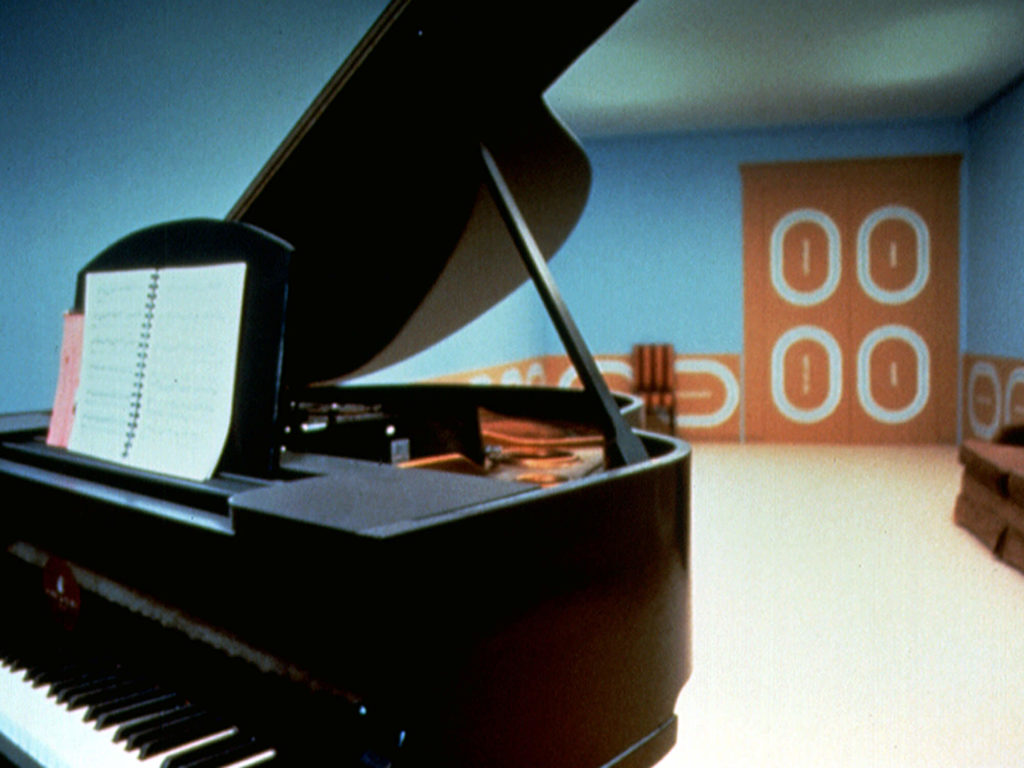 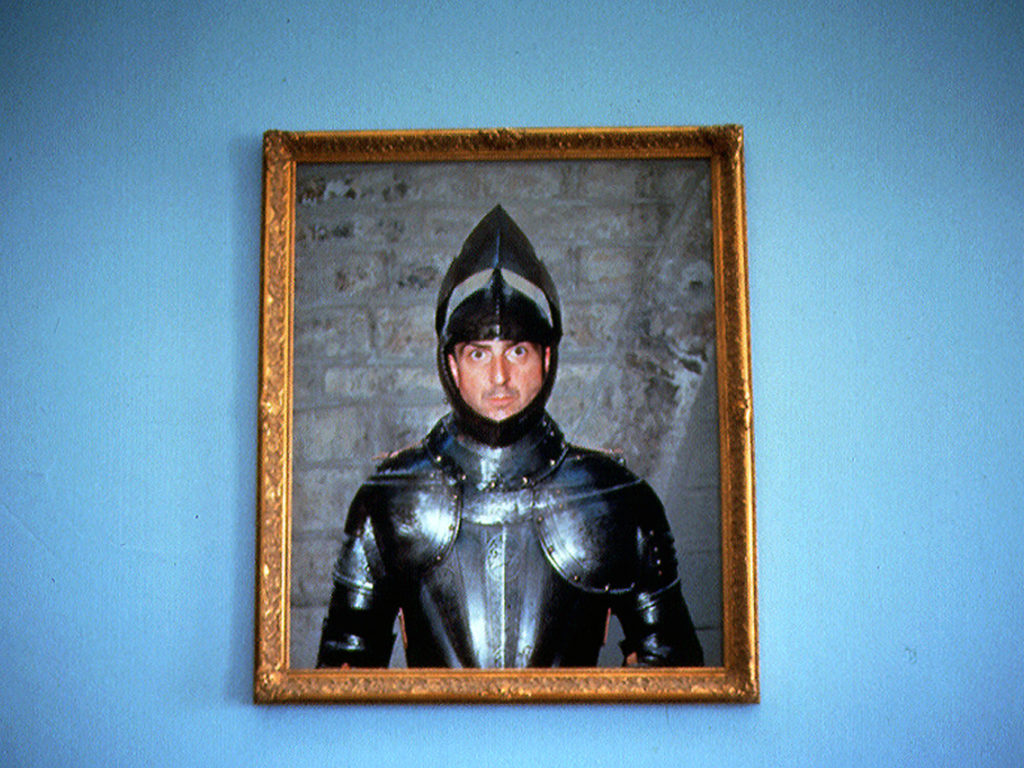 Patrice Carré recreated a scene from the Belgian comic book, Adventures of Tin-Tin: The Castafiore Emerald, with sound effects that illustrate the story. Carré’s installation, Igor Wagner Has Gone to the Races, portrays an incident in which a character runs away from practicing his scales by hiding a recorder behind the music sheets and retreating to the racetrack on a bicycle. Inside the room, Carré’s interpretation of the story includes two photographs of the artist in medieval armor and a sea captain’s costume from the 1400’s. Printed on the walls are the five line pattern of musical clefs in a race track oval with the names of composers and racetracks from around the world.

This installation is founded on the quotation of a passage of the comic album called “The Jewels of the Castafiore”, starring the famous Belgian hero Tintin, created and realized by Hergé.

The famous opera singer called La Catafiore has invited herself at the castle of Moulinsart between two engagements. She is accompanied, among others, by her pianist Igor Wagner. Moulinsart, where Tintin, The Captain Haddock and the Professor Tournesol live when they are not roaming the globe in search of adventure, is a calm place. In a few pages in the album, the situation is going to change.

Like a cyclothymical star, the opera singer, as soon as she arrives at the castle, imposes her diabolical character, her versatility, her authority crisis and her volubility to all its occupants. This female tyrant commands to her pianist and forces him to practice scales. All the protagonists of this story are enemies of vacuity, especially the poor Igor Wagner. Igor will invent a stratagem in order to make his employer believe that he practices his scales, while he has left Moulinsart and gone to the nearest village to bet horses. Tintin will quickly discover the stratagem because he is making an inquiry in the castle after the disappearance of the jewels.

The present installation illustrates precisely one of these moments, when Igor Wagner has just left the living room where he was working. He is surprised by Tintin, as the pianist goes to the village on a bicycle.

In the installation, one can think that Igor Wagner is already preoccupied by the idea of sneaking discreetly out the living room and that, while he looks at the walls around him, the moldings of the panelling have transformed themselves into approximate images of racecourses, with five blue lines overlapping closed loops. Names of racecourses appear. He still looks vaguely at the score. He also thinks about “all these recital tours” throughout Europe and both Americas, and, of course, about the racecourses he has gone to or he’ll go to. Epsom, Chantilly, Ascot, Champklow (in Syldavia), Palermo, Capanelle, Belmont Park, Aqueduct, Deauville, Vincennes, San Siro, Kentucky Downs, Tor di valle, Gavea, etc. He also thinks about work, about the burden of all these opera composers from whom he can escape for a brief moment. Fauré, Rossini, Rameau, Gounod, Verdi, Leoncavallo, Hahn, Gluck, Puccini, Bizet, Monteverdi, Donizetti, Offenbach, Bellini, etc.  Frozen shot.

Igor Wagner Convinces the occupants of the castle that he is still there, by hiding a tape recorder behind the music rest of the piano, which diffuses taped scales. In the installation, a ladder is leaning against one of the windows, consequently we can think that Tintin has already discovered the make- believe. This ladder can be used by the spectators to see inside the space. And the same spectator can listen to the sound tape, a mixing of scales and horserace results. The spectator Takes the place of Tintin. But he cannot get into the space. Igor Wagner, leaving his position of controlled becomes the controller, and he has disappeared; only a bicycle, situated close to the installation, is the evidence of his flight.

Patrice Carré, born in 1957 in Angers, graduated from the École des Beaux-arts de Caen. He lives and works in Marseille, where he is also a professor at the École Supérieure des Beaux-arts.