Bea McMahon mostly uses video sculptures and drawings to articulate her ideas which weave a strange and boundless path between an inner reality of... 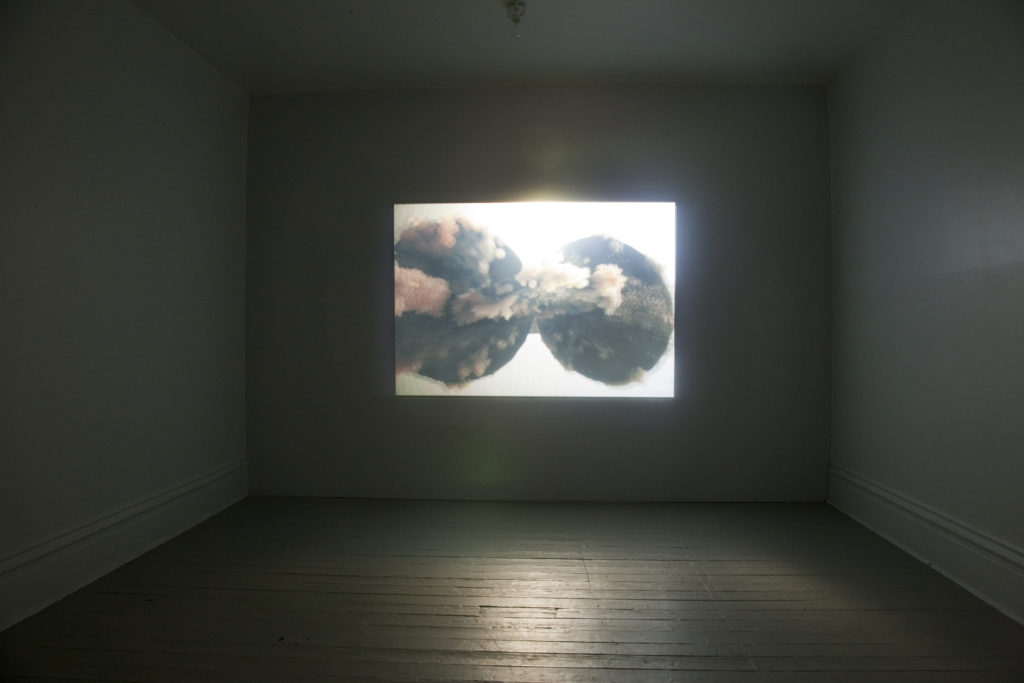 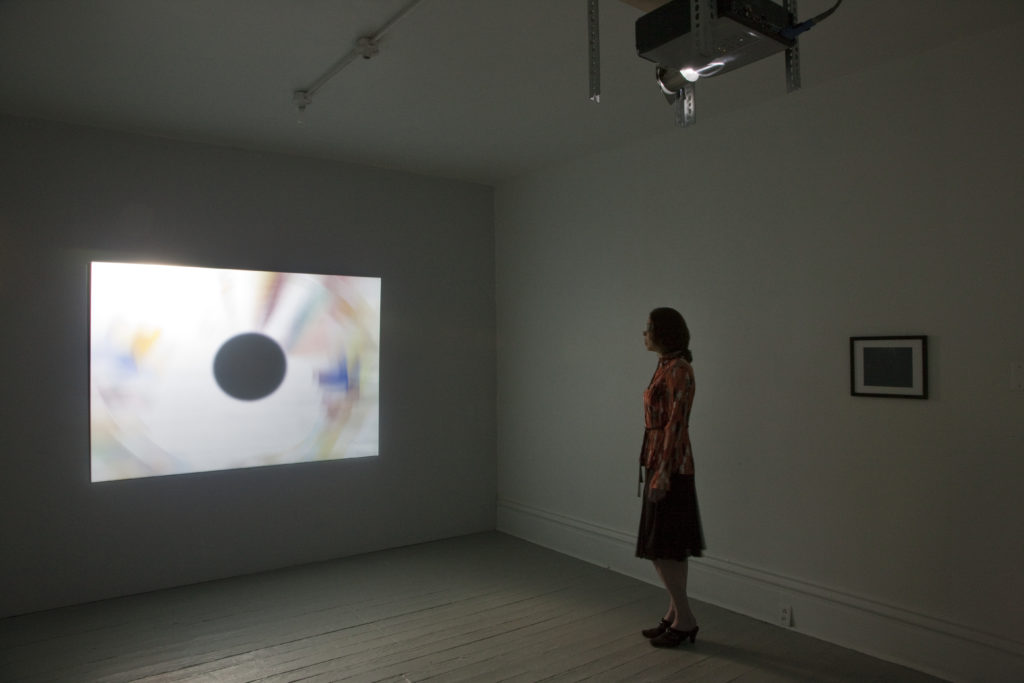 Bea McMahon mostly uses video, sculptures and drawings to articulate her ideas which weave a strange and boundless path between an inner reality of thought and the ordinary outside world. Although her practice does not subscribe to an obvious visual lexicon of science, it does rely on thought processes she learned through the study of mathematics – one which exists in a state of logic and before language. The real time elements of the film, entitled InDivisible, were shot using two cameras simultaneously. During filming in Pittsburgh, the cameras were positioned on a device that fixed them so that they replicated the distance between human eyes. This real time footage was combined with a number of animated sequences. The two pieces of film are displayed simultaneously and are superimposed causing a double image to occur. The footage is projected using two projectors through left and right circular polarizing filters onto a screen made from a mirror that is coated in milk.

Within this body of work the mechanics of production and the methods of display coalesce with the conceptual references and subject matter. Creating a situation where each element references and reveals elements of each other. Such is the manner in which much of the subject matter in the film work is presented as double images which reference both thinking about how our vision works and the stereoscopic method used to film this work. In this film what appears in each eye is different. Subsequently, by shutting either eye the viewer is in control of the structure of what appears to them; a set of choices are available, making manifest the binocular vision inherent in human sight. The film functions like an allegory where references are eluded to but never clarified where, partial representations of a number of systems combine. We are brought on a quest where many seemingly disparate characteristics appear and disappear, where representations of Dante in the year 2010 are superimposed upon images of him from 1465. It counts out a logical, complicated, unreasonable thing; an irregular set of possibilities which the secular capitalist system we live in does not allow, as it does not admit other myths – that leads toward its own conclusion, like a myth that has already been unfurled.

Bea McMahon lives and works in Dublin, Ireland. Her recent exhibitions include All humans do, White Box, New York, 2012, A series of Navigations, The Model, Sligo, 2012, Warp and Woof at the Centre for Contemporary Arts in Glasgow, 2011, at Flat Time House, Peckham, London 2011, True Complex at Void, Derry and The Curated Visual Artist’s Award at The Douglas Hyde Gallery, both 2008. She is currently a resident at the Rijksakademie van Beeldende Kunsten, Amsterdam. She is represented by the Green on Red Gallery, Dublin and is included in the collections of the Irish Museum of Modern Art, the Office of Public Works and the Arts Council of Ireland.