Based on the car crash that inspired Marinetti s revelation of the Futurist Manifesto in 1909 Luca Buvoli has created a sculptural work that... 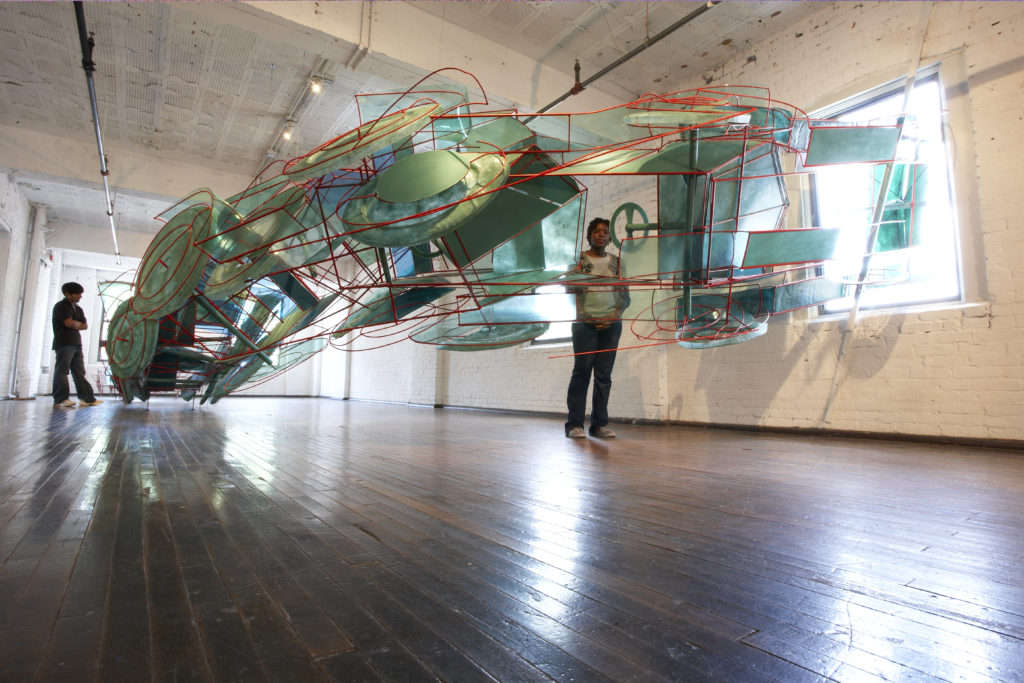 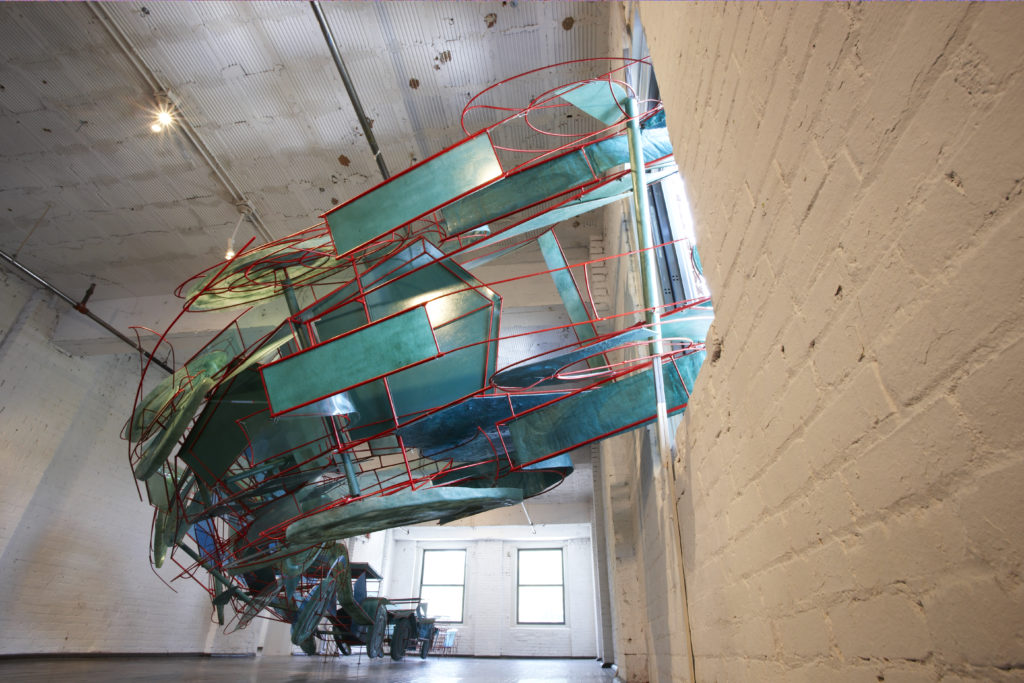 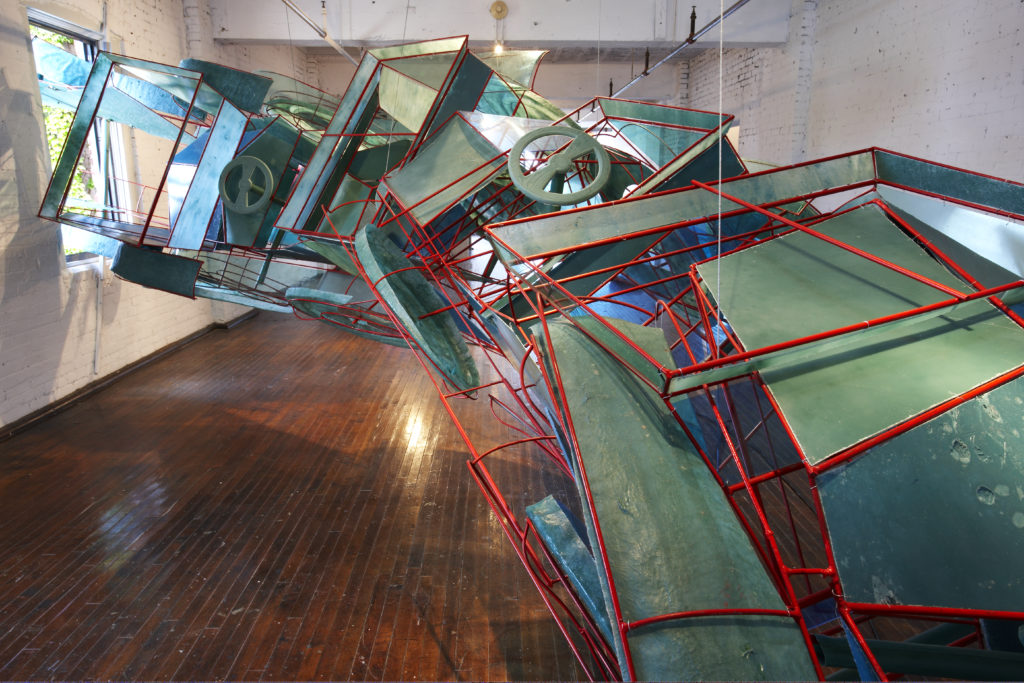 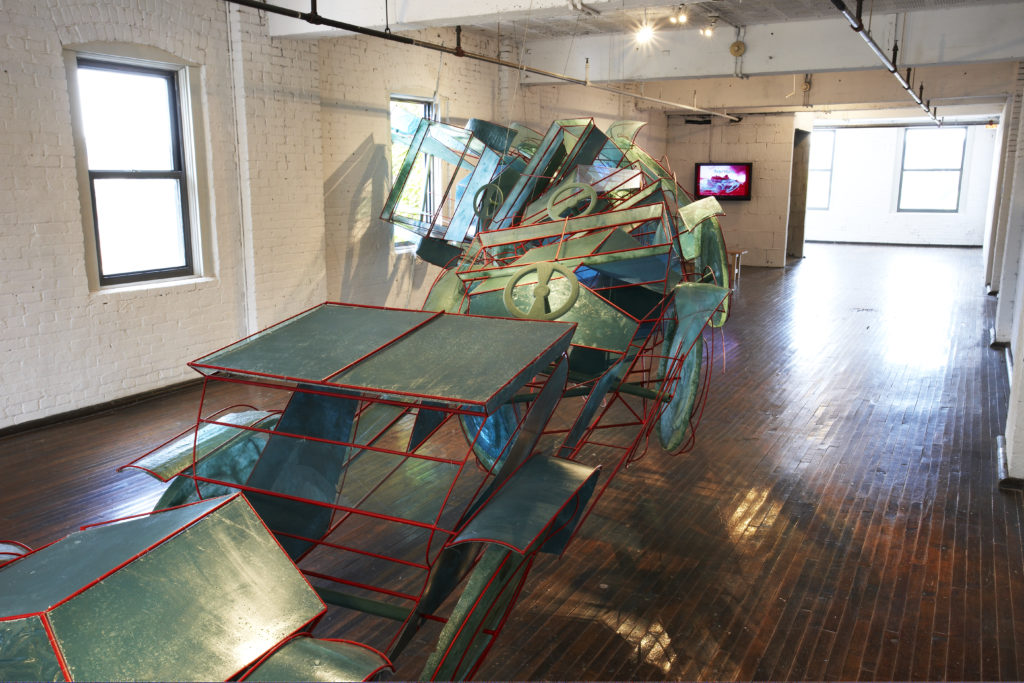 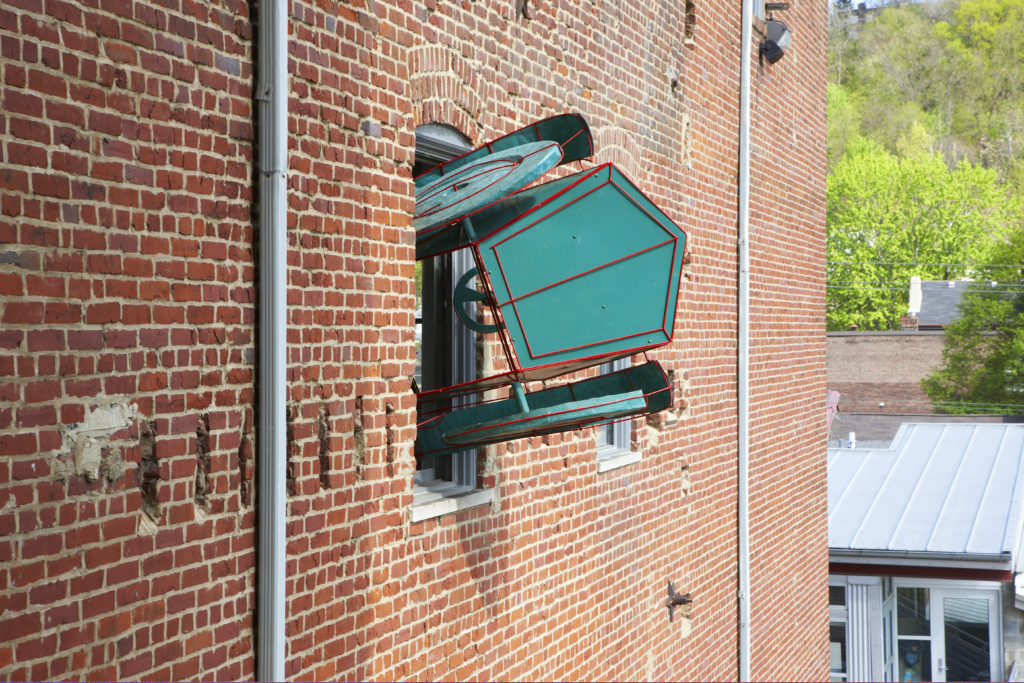 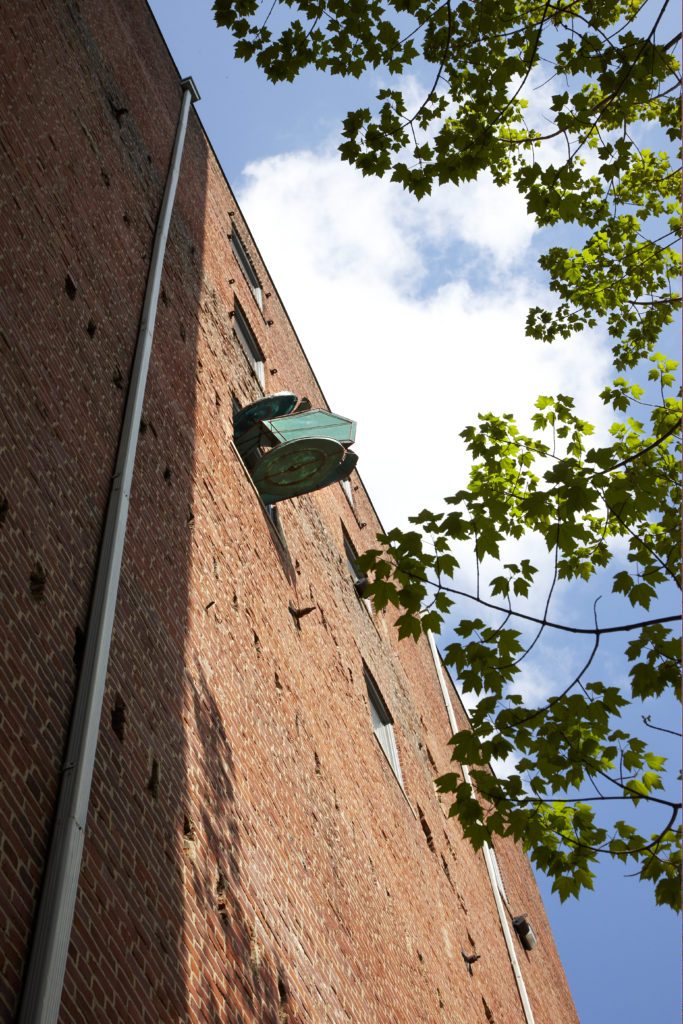 Based on the car crash that inspired Marinetti’s revelation of the Futurist Manifesto in 1909, Luca Buvoli has created a sculptural work that depicts the 1908 Fiat in motion, the instant before the impact. Marinetti’s famous “crash” has been the subject of various critical interpretations (some even questioning the accidental nature of the event, apparently all set up in a theatrical way). This project gave Buvoli the opportunity to explore myths of masculinity and velocity associated with Futurism. While utilizing a futuristic form for the piece, Buvoli is, at the same time, pointing out his ambivalence about the cult of heroism that has grown out of this and associated art/historical event(s).

The sculpture is depicted in futuristic form; there is dynamism created by the multiple views of the same vehicle, as if captured frozen in time and motion, moving along a trajectory. This is the moment when physical, aesthetic and ideological barriers were broken. The car is breaking the speed limit of what it can maintain to hold the road. The red steel and the automobile form refer to Pittsburgh’s industrial past and pre-eminence in this material’s fabrication (around the same years of Futurism’s foundation) while the fiberglass has a more organic quality. It is translucent almost like green algae, giving the car a more “natural” skin.

The car and its occupant, the artist (not represented here), have broken free of gravity and catapulted into the unknown. The sculpture is freed from the floor and takes flight off the floor and out the gallery window. Buvoli also sees associations between the form of the work—the multiple cars—one following another and the fascination humans have with charismatic leaders. The cars follow the lead car out the window, like a flock of sheep or the blind followers of a totalitarian regime.

Luca Buvoli attended the Academy of Fine Arts in Italy where he received his BFA in Painting. He received his MA in Studio Art at the State University of New York and his MFA in Studio Arts from the School of Visual Arts. He works with animated film and video, installation, sculpture, painting, drawing, and artist’s books to explore the concept of Superheroes in flight. He is known for an ongoing series of handmade comic books that are at once willfully casual, intricately constructed and visually dazzling. He also makes sculpture from everyday materials such as wire, tubing, bits of plastic bags and colored foil.

An expanded multi-media installation was shown at the entrance of the Arsenale in the 2007 Venice Biennale, and a large outdoor project was installed at the Deutsche Guggenheim Museum in Berlin, in conjunction with the exhibition Utopia Matters in 2010. A Fulbright Fellow, he has received grants and awards from the New York State Council on the Arts, Creative Capital Foundation, and New York Foundation for the Arts. In 2010, Buvoli was awarded a Guggenheim Fellowship. He is currently Director of the Mount Royal School of Art, a multi-disciplinary graduate program at the Maryland Institute College of Art (MICA) in Baltimore.