I want this piece to work as a three dimensional political cartoon The irreverence of the piece reflects the irreverence I perceive in our... 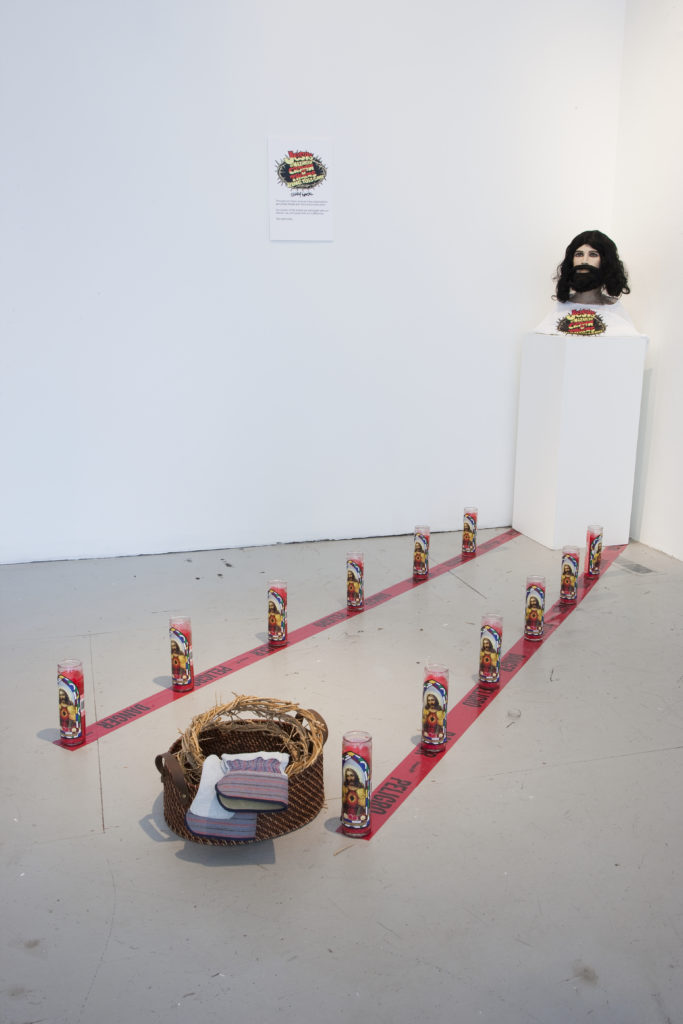 I want this piece to work as a three dimensional political cartoon. The irreverence of the piece reflects the irreverence I perceive in our society’s discussion of our government’s use of torture. There is a troubling disconnect in the almost casual nature of our conversation of what is and is not torture, who should or should not be tortured, at the same time that real, living, breathing, human beings are being tortured. There is an equally troubling disconnect in our indifference to our own direct complicity in these acts of torture when our government acts in our name. The Romans where less interested in the question of the divine nature of Christ, and more concerned with his direct threat to the social order and thereby his direct threat to their Empire. The Romans used torture as a brutal deterrent to insurrection. As citizens of the empire we participate with our silence, we participate with our indifference. We participate.

Gary Huck is an internationally syndicated political cartoonist. He has co-authored six collections of political cartoons with cartoonist Mike Konopacki. His cartoons are archived at the //Tamiment Library// at NYU. He is the cartoon curator and graphic designer for arts group ArtUp.

Pedaling Backwards, Moving Forward: How to lose 100 pounds in 365 days