Lee worked in different cities around the world including London Prague Bangkok Seoul and even New York and in each city asked three separate... 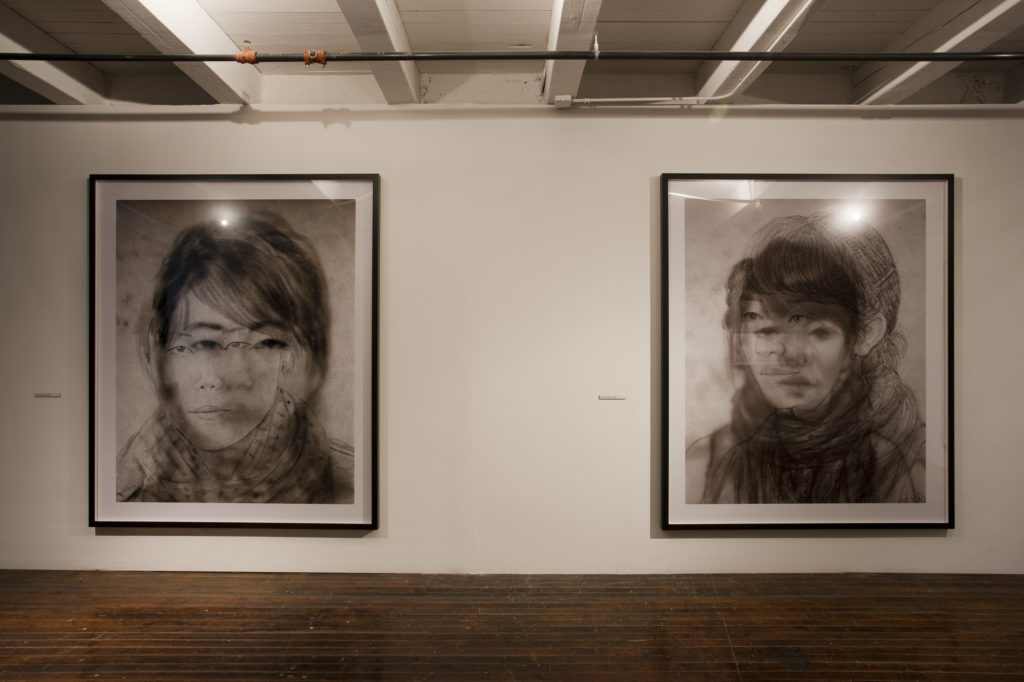 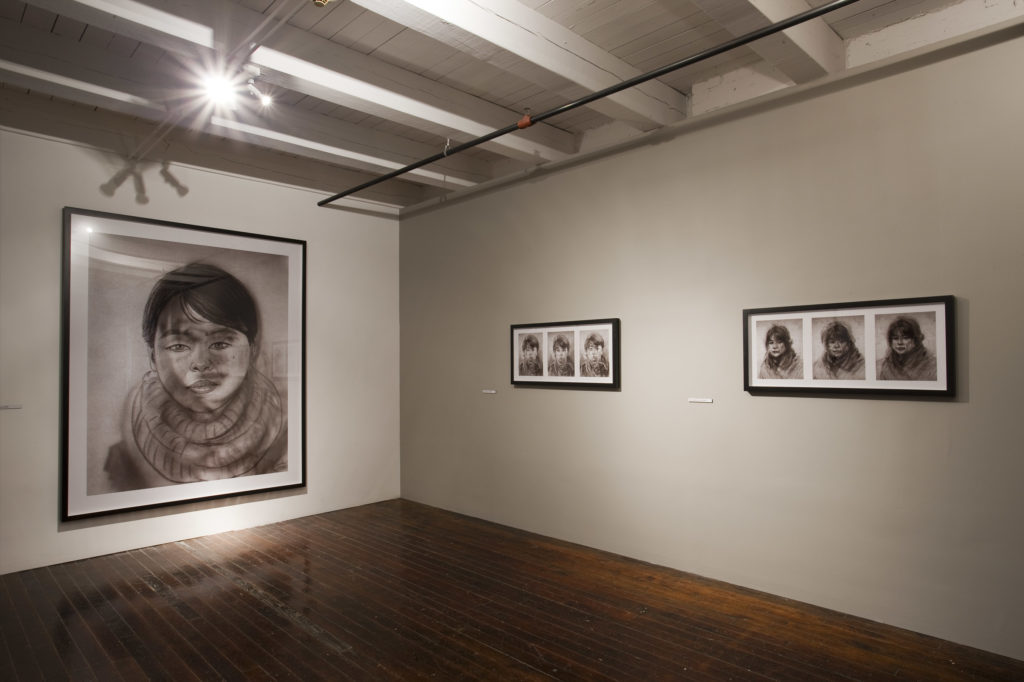 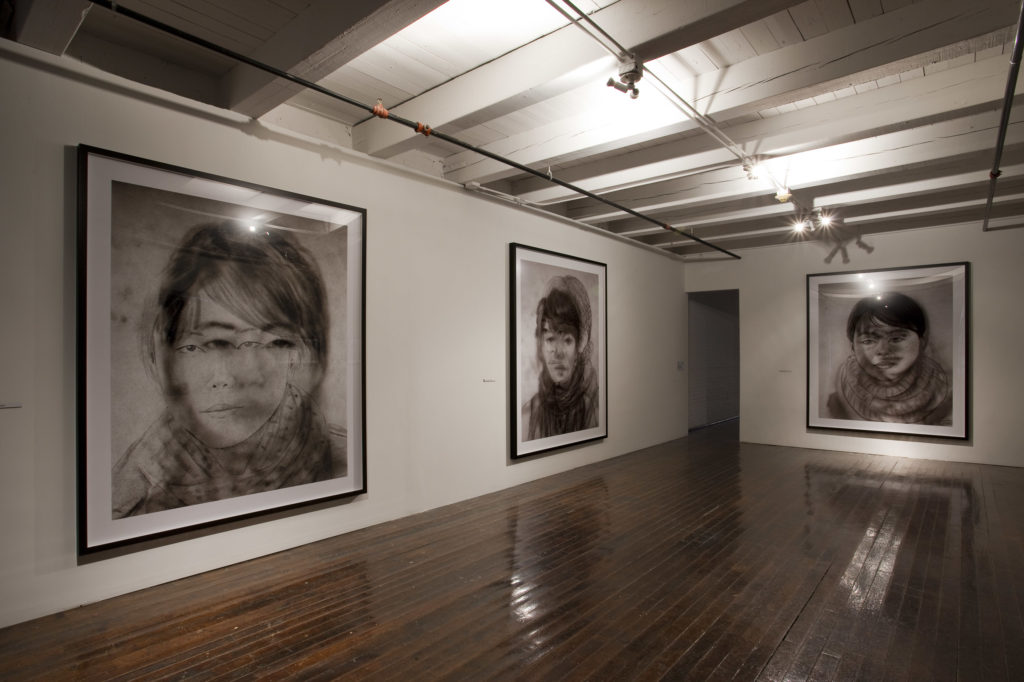 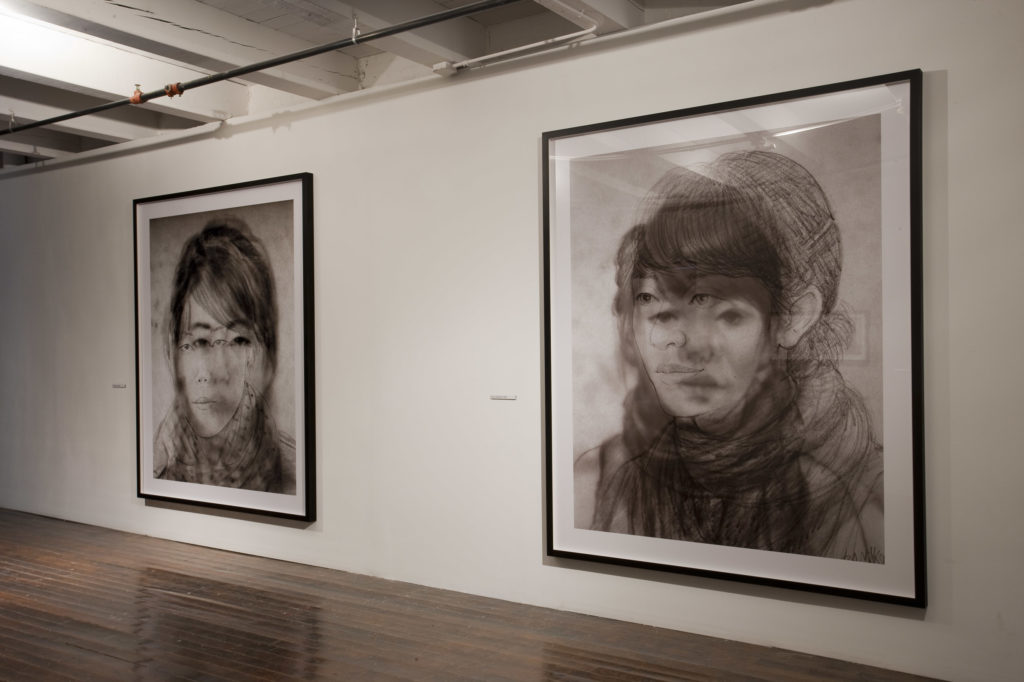 Lee worked in different cities around the world including London, Prague, Bangkok, Seoul, and even New York and in each city asked three separate street artists to draw her portrait on translucent paper. In her studio she layered the drawings from each separate city one on top of the other, using a light box to bring out details from the underlying drawings, and then photographed the image. Due to the layering of the drawings, the resulting Chromogenic Print is a distorted portrait of the artist that raises questions of perception.

For years Nikki S. Lee has explored the notions of identity through the medium of photography and film. Lee’s career as an artist has centered on her development of an ever-changing array of personas. Over the past decade, Lee has created a well-known body of work that plays upon her chameleon abilities. In the Projects series, produced from 1997 through 2001, the artist posed in snapshot pictures with various ethnic and social groups adapting her own identity to the group she was with. At times these photographs take on a comical twist on photography and performance art. Lee immersed herself in various communities, taking on the style and mannerisms of groups as varied as urban-dwelling Hispanics, hip-hop performers, strippers, young Korean school girls and trailer park residents in Ohio. Parts (2002 – 2005) is a series in which she posed with different male partners in various planned scenarios. After the photograph is produced Lee cuts away the portion showing her male companion, adding to the open-ended narrative suggested in each work.

In Nikki Lee’s latest series, titled Layers, she continues her exploration of identity, however here instead of changing character she investigates her personal identity through the perception of others in different cultural settings. Lee said: “I am interested in identity as it is affected or changed through social contexts, cultural categories or personal relationships. This interest began through personal experience. I realized that I changed between my surroundings in New York and Seoul, depending on whether I was with my family or friends. So before I was thinking about “who I am” I first started thinking about “where I am”.”