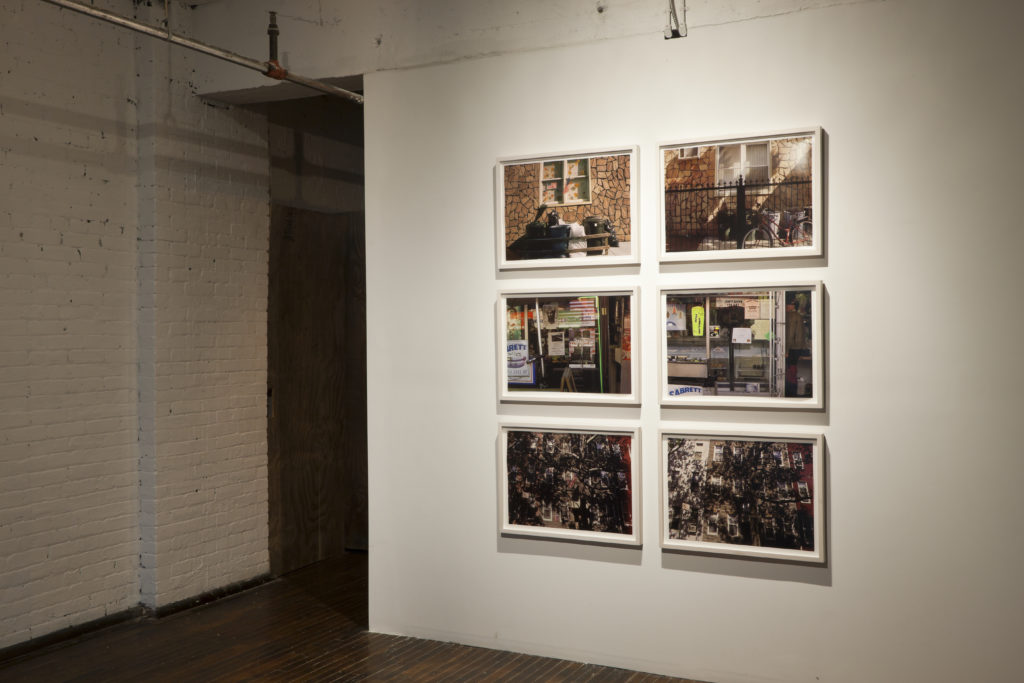 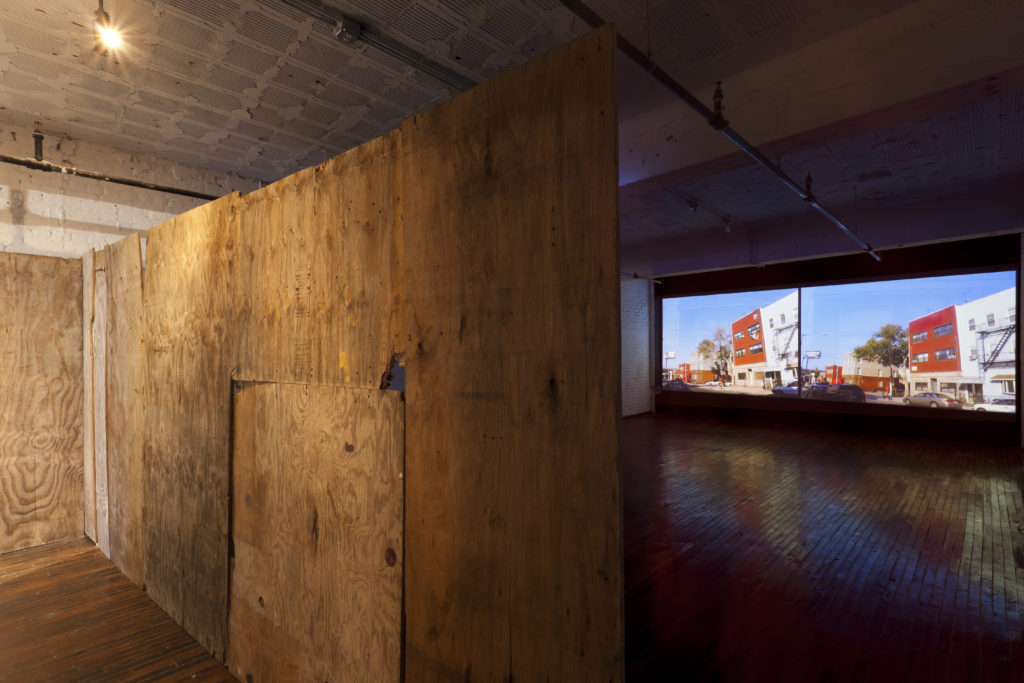 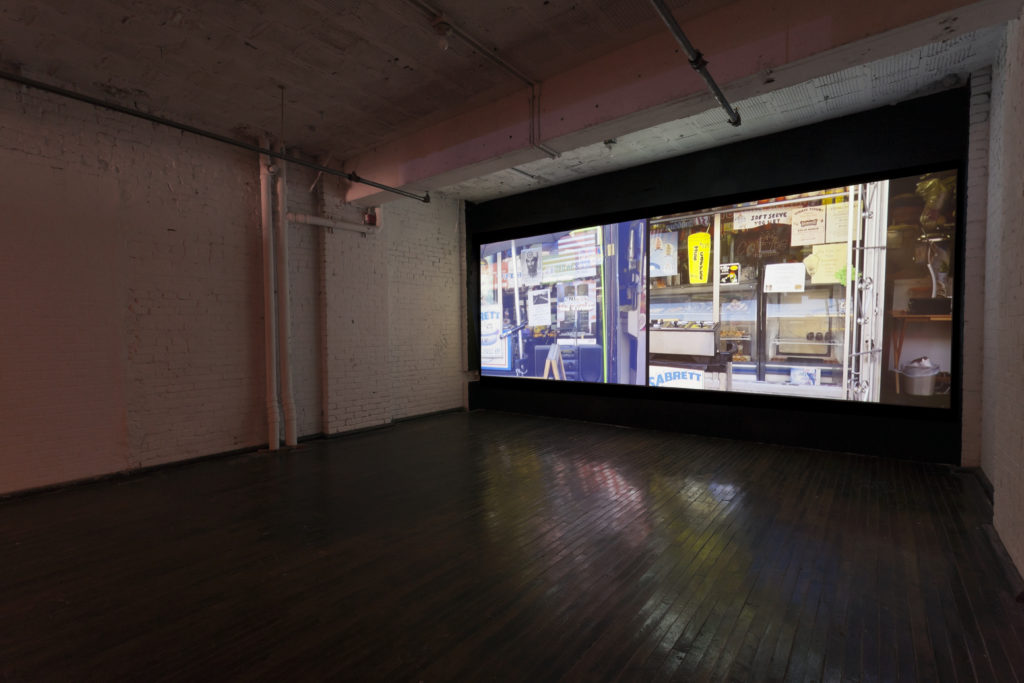 Elisabeth Subrin’s work Lost Tribes and Promised Lands juxtaposes two films made in her neighborhood of Williamsburg, Brooklyn, on October 13th 2001 and October 13th 2008. In the days following September 11th, Subrin took an old Bolex camera and captured the elaborate declarations of patriotism against the backdrop of lived in spaces; local shops, apartment blocks, doorways, and street corners. Seven years later on the same day and same time, Subrin attempted to retrace her steps and recapture these places, capturing shifts, stasis, developments and progress, and combined the two reels into a double-screen loop, permitting a visual comparison between then and now.

Trash cans have become enclosed behind iron railings delineating a further privatization of public spaces while window placed images of Osama Bin Laden as a target are taken down and replaced with advertisements for soft-serve yogurt. The act of looking becomes an almost detective-like activity, tracing minor details, or subtle interventions, and more permanent alterations. Installed behind a haphazard and battered wooden wall, often used as temporary hoardings for new developments, our attention is drawn to material that surrounds us, a flimsy support structure masking future speculations.

In the juxtaposition of these images from 2001 and 2008, their dense quality of color and almost saturated daylight, Subrin presents a meditative work on an inability to go back in time, the role of stasis and prompts questions of whether progress does indeed occur. This reflection into the past asserts the role our own subjectivity plays in the writing of history, the act of looking, and of being somewhere, sometime. In addition to the video component, Lost Tribes and Promised Lands is comprised of three elements titled Osama, Trash, and Trees respectively. Each of these three elements are comprised of two Digital C-prints, each 17 x 24 in.

Elisabeth Subrin is a filmmaker and artist who works with a wide range for contexts, forms and genres to create her installations, film, photography, and video. Her work has been shown all over the world. She has taught at Cooper Union, Amherst College, The School of the Art Institute of Chicago, the Graduate Program at Virginia Commonwealth University, Bennington College, Yale University School of Art, and in the Department of Visual and Environmental Studies at Harvard University. She is currently Assistant Professor of Film and Media Art at Temple University, and lives in Brooklyn, New York.