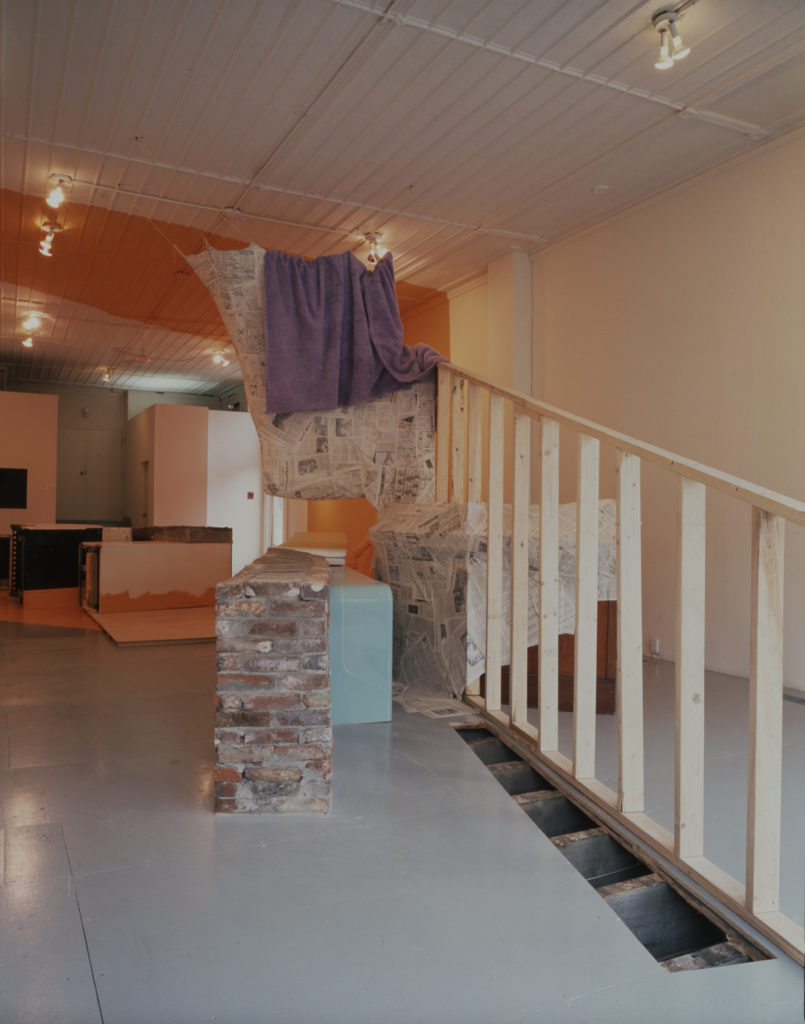 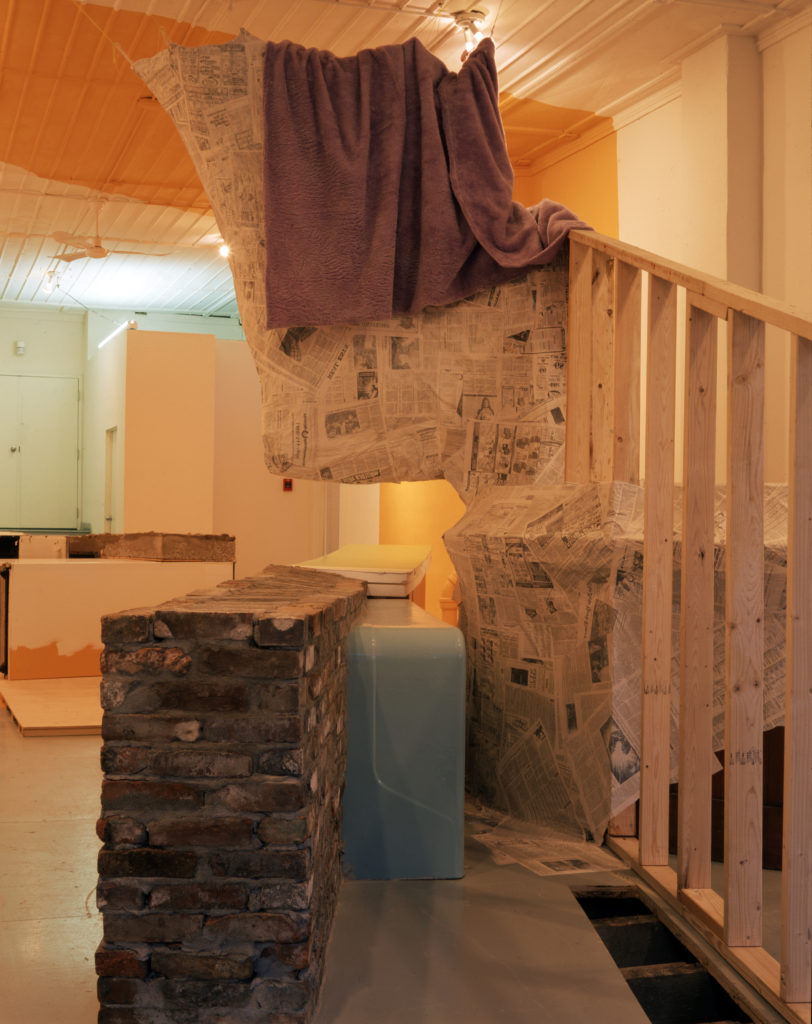 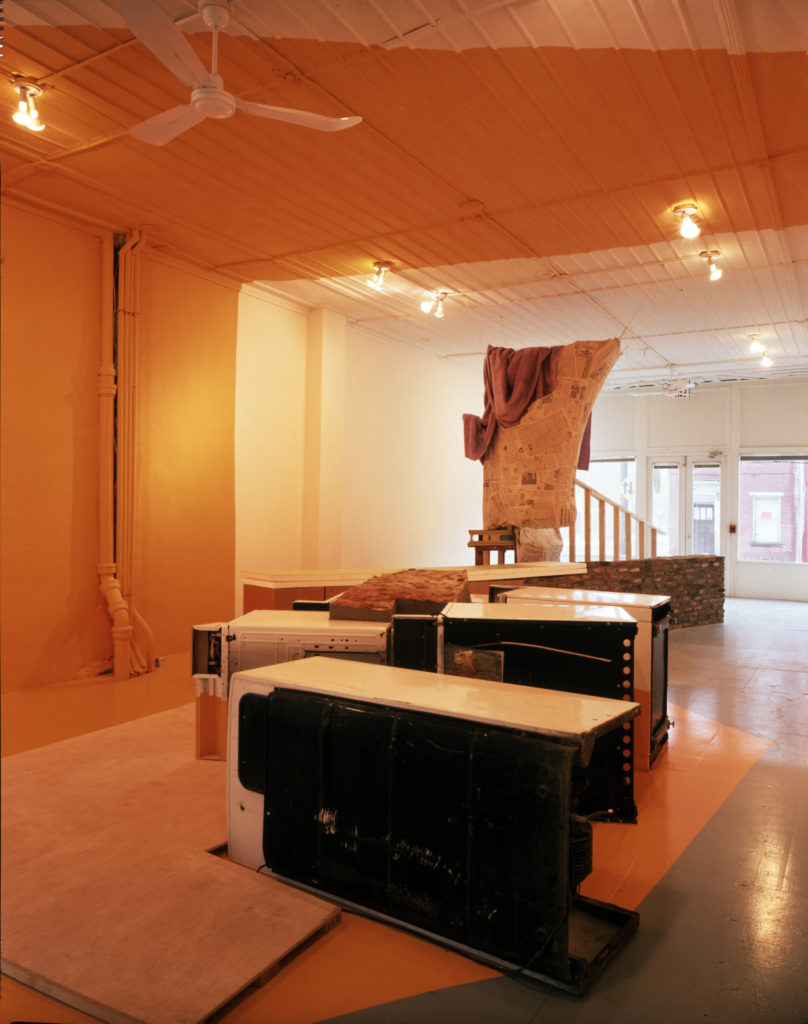 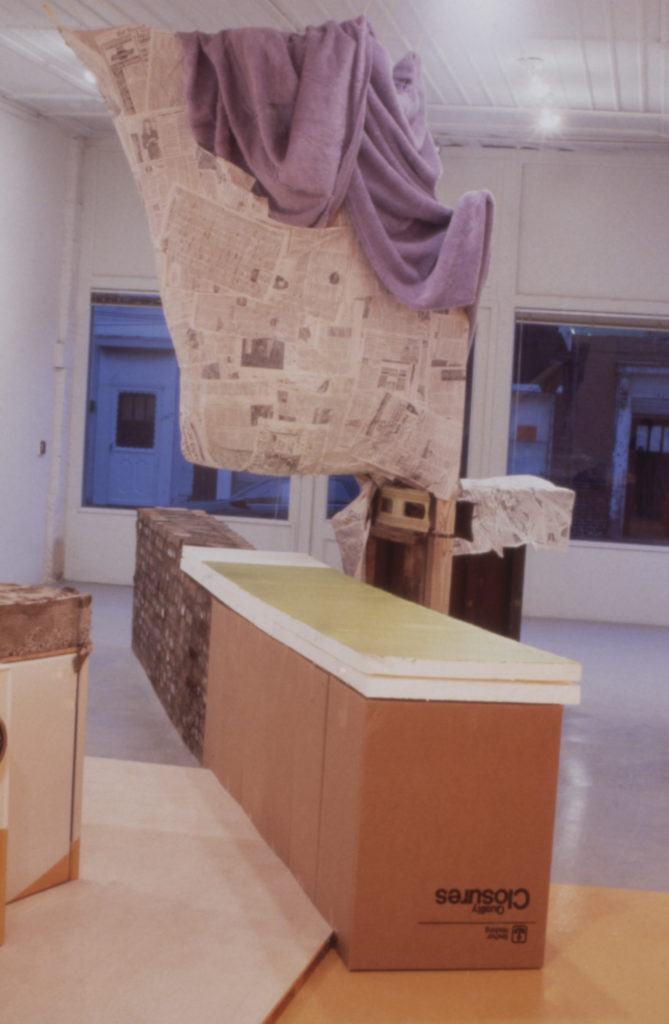 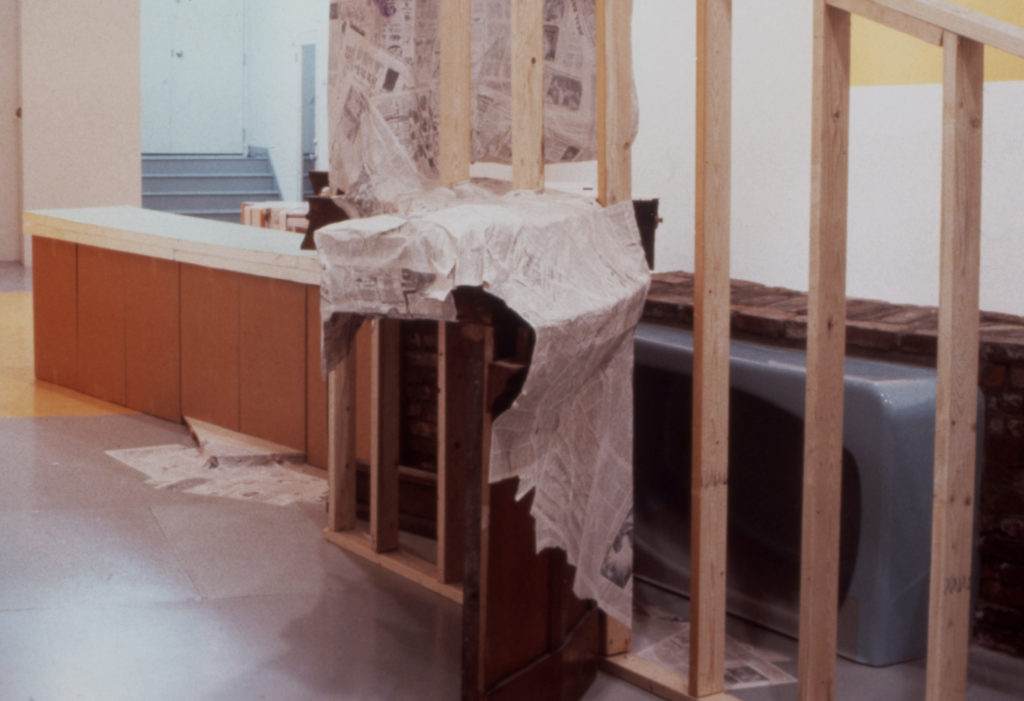 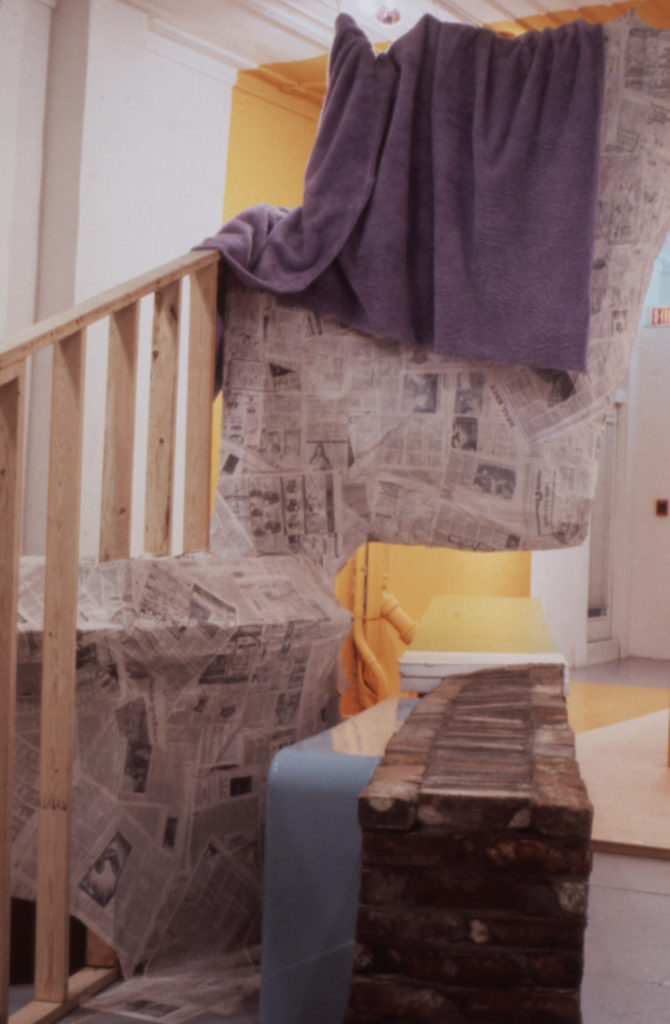 Disparate materials make odd connections: a wall built of old brick, a raw wood railing rising like stairs, a slash in the floor revealing the basement, a slab of grey concrete with human hair imbedded in it, discarded stoves, washing machines, refrigerators, all turned on their sides, panels of styrofoam painted bright green.

Walls, floor, ceiling and appliances are joined by a painted swath of hot orange. A bathtub, jutting from the brick wall, is a glistening turquoise. And a plushy lavender cloth, draped over a papier-mâché form, hangs from the ceiling.

Mixing food with the bed is like mixing concrete with hair or having a bathtub mixed with a brick wall, or like making a painting over top of stuff out in the middle of the room where the sculpture is.

This piece combines real stuff in a peculiar fashion. The stuff is the support for the painting; but the real elements and the painted elements are of equal value and are measured against one another.

Mixing things which feel as if they are immiscible causes doors to open where there were none before. How we see informs how we are.

Jessica Stockholder was born in Seattle and lives and works in Chicago. Stockholder is specifically known for her sculptures and installation art. She received her BFA from the University of Victoria, Canada and her MFA in Sculpture and Painting from Yale University.

Stockholder explains that her work is very site-specific. Her creations are influenced by the space, architecture, light, and any kind of formalism. She aims to challenge boundaries within her installations, by creating a new perspective of sculpture and environment. She is known for using, “everyday objects” and creating a space that is considered, “occupied”.

Stockholder’s work can be found in collections throughout the world, including The British Museum (London), Addison Gallery of American Art (MA), Art Institute of Chicago (IL), Museum of Modern Art (NY), Whitney Museum of American Art (NY), National Gallery of Australia, Staedel Museum, Frankfurt (Germany), and many more. Stockholder was awarded the Guggenheim Fellowship in 1996.

This piece doesn’t have a title yet