Night Blooms engages spectacle at the crossroads of waste culture and the surveillance state Orphaned objects form the material basis of Bouscaren 8217 s... 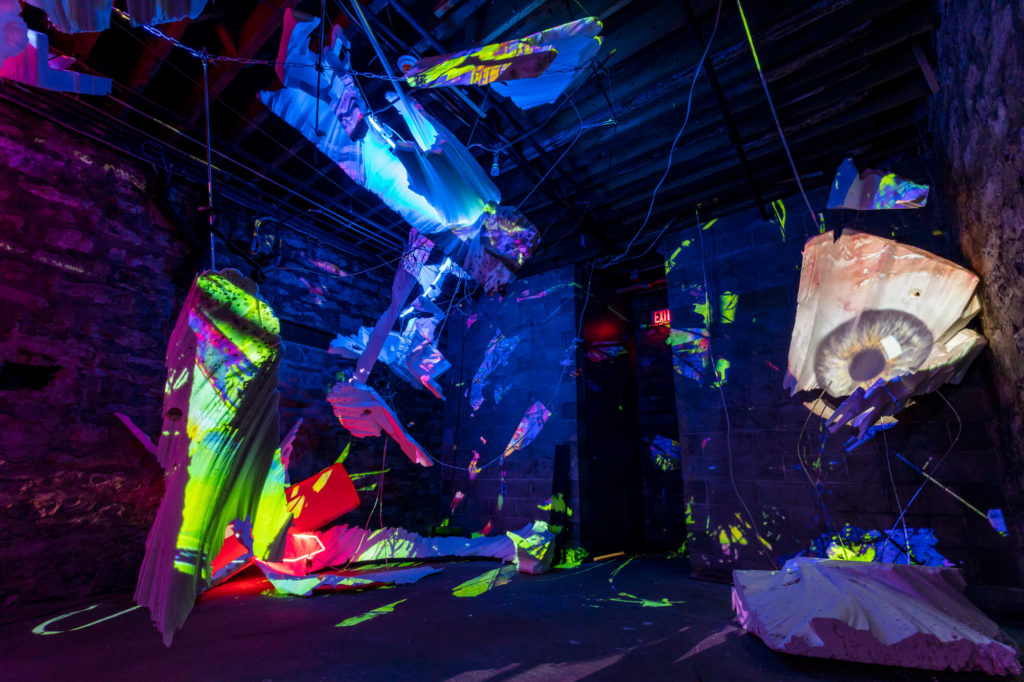 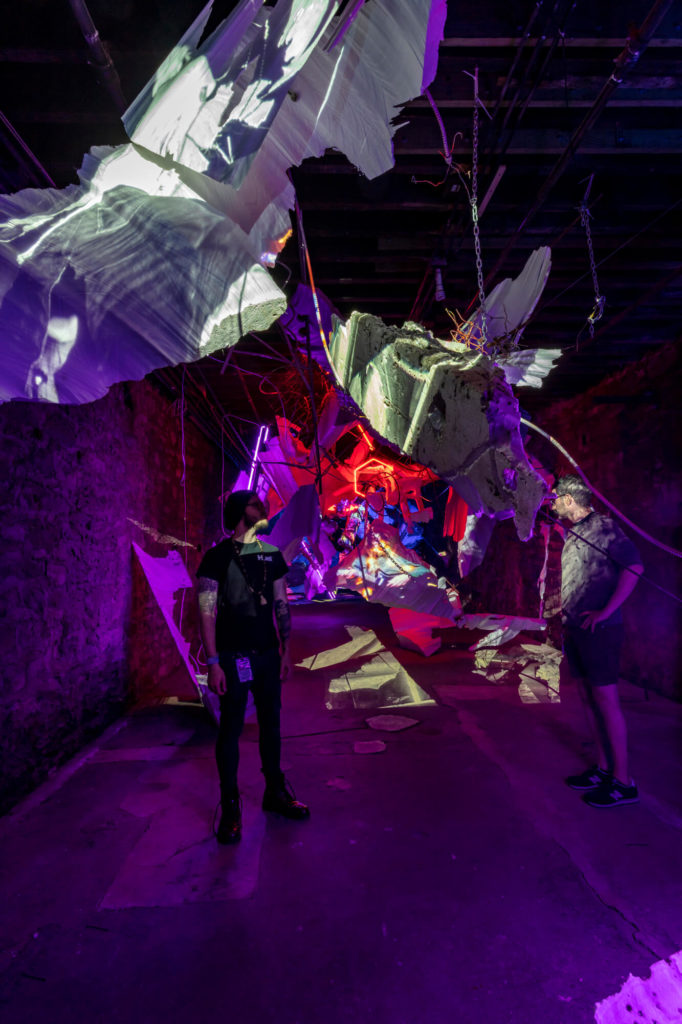 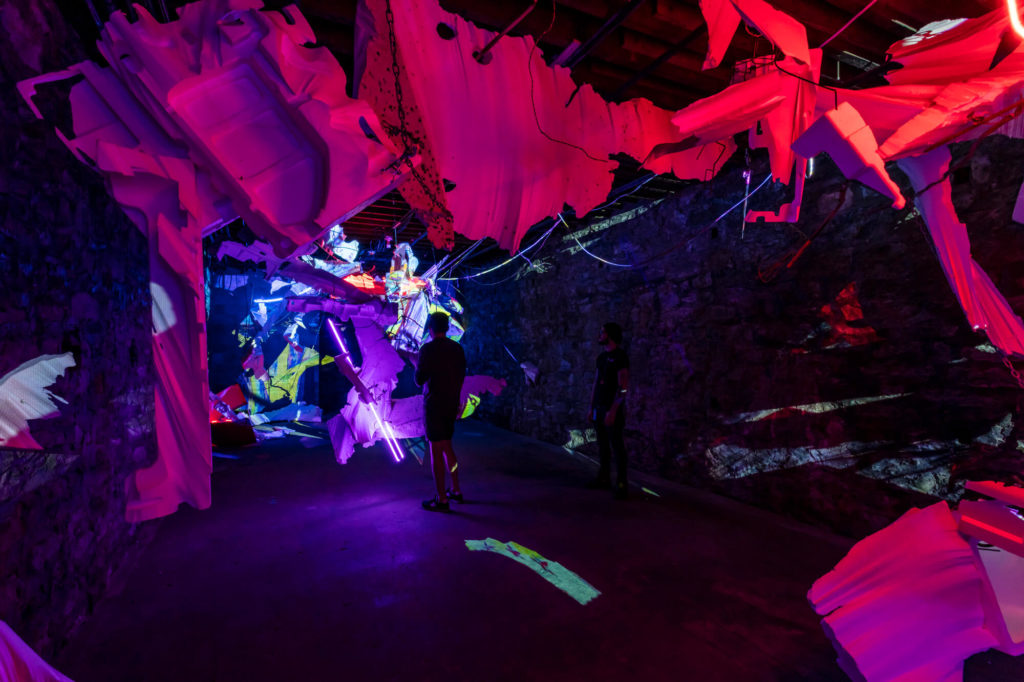 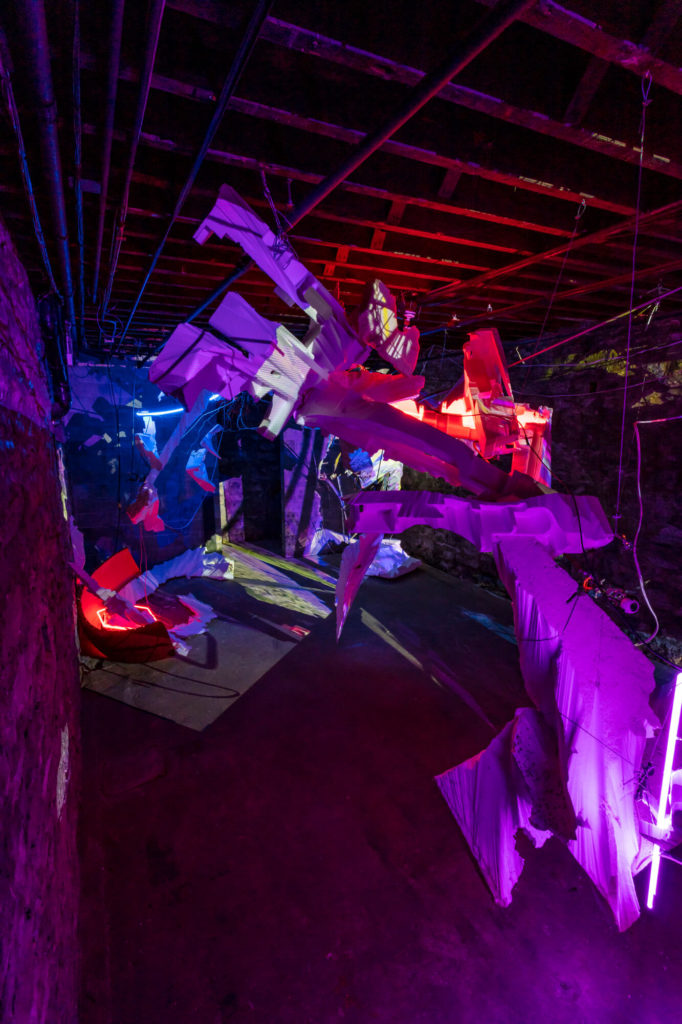 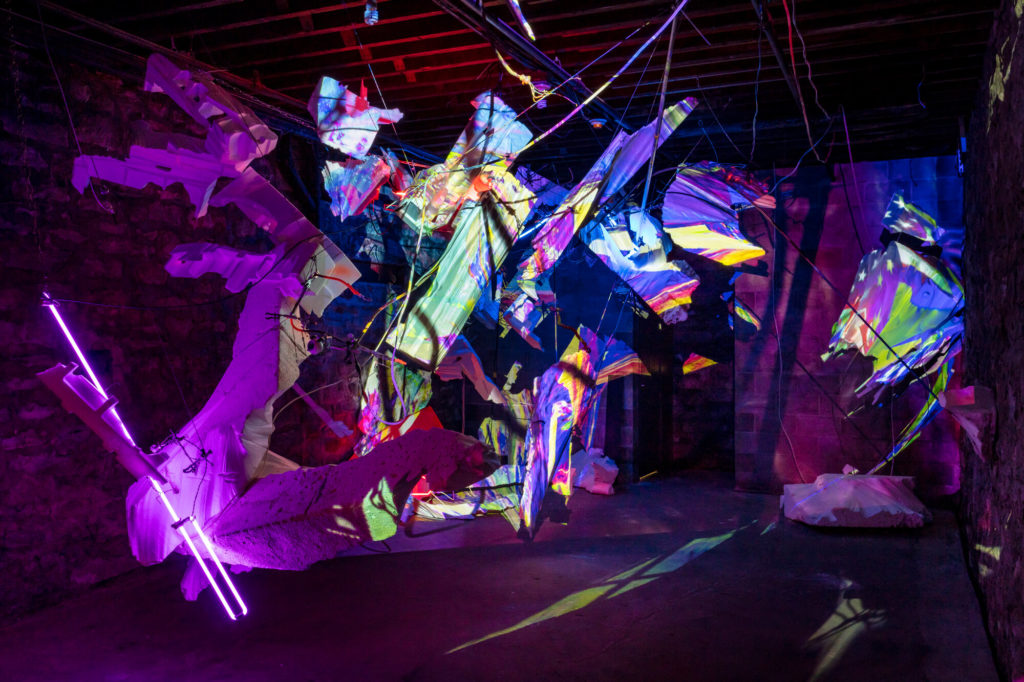 Night Blooms engages spectacle at the crossroads of waste culture and the surveillance state. Orphaned objects form the material basis of Bouscaren’s work. His site-responsive process begins with salvaging local materials from the waste steam that bear the symbolic, indexical, and poetic resonance with what he identifies as the toxic underbelly of American culture. Aggregating these waste materials into networks of provisional assemblage, he weaves surveillance equipment through the sculpture such that it captures people who approach the work.

The live surveillance feeds are then algorithmically mixed and projected in real time to submerge the sculptural network and surrounding area in an auto-generated video bath. The waste-based sculpture is thereby rendered visible through the surveillance capture of the very people who enter the space. The programmed act of projection-mapping live video mashups of viewer-participants back onto the physical structure of the exhibition serves to implicate spectators back into what they have arrived to judge.

Tra Bouscaren is a post-disciplinary artist represented by N2 Gallery in Barcelona. He recently joined the faculty at Florida State University where he serves as an Assistant Professor of Critical Art Practices. Bouscaren’s work has been featured at the Museum fur Naturkunde in Berlin, the National Museum of Art in Addis Abada, Czong Institute for Contemporary Art in Seoul, Centre de Cultura Contemporania de Barcelona, Victor I Fils Gallery in Madrid, The Wrong Biennale, Fort Mason Center for the Arts in San Francisco, Greenleaf Gallery in Los Angeles, San Diego Art Institute, Annenburg Center for the Performing Arts in Philadelphia, and the Lincoln Center in New York.