Nightfall addresses the fleeting nature of time—both in the geological and cultural sense. 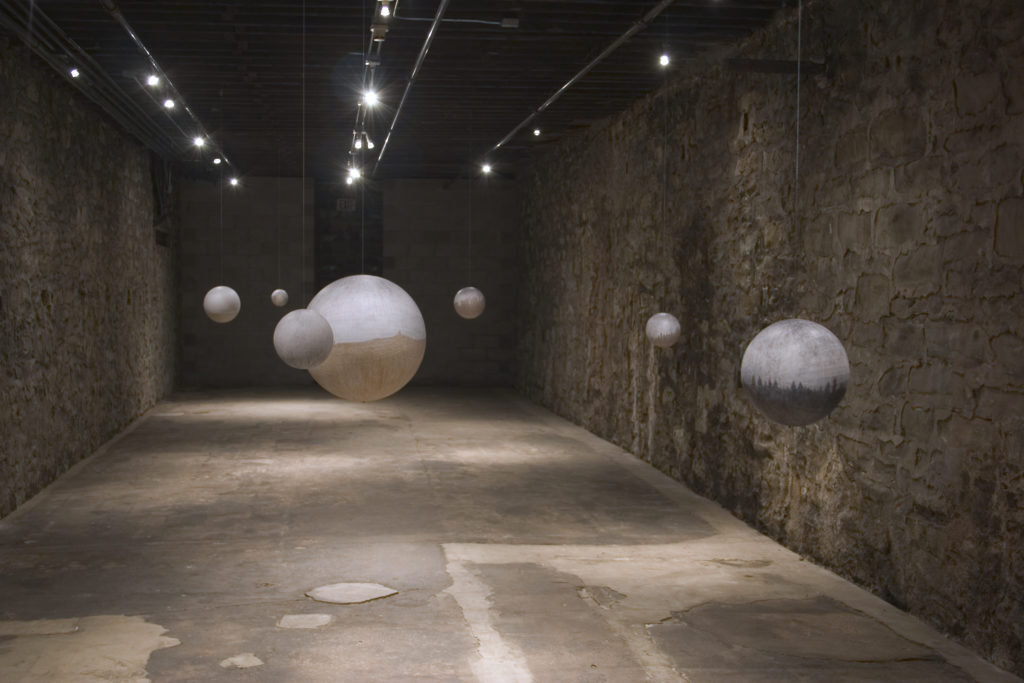 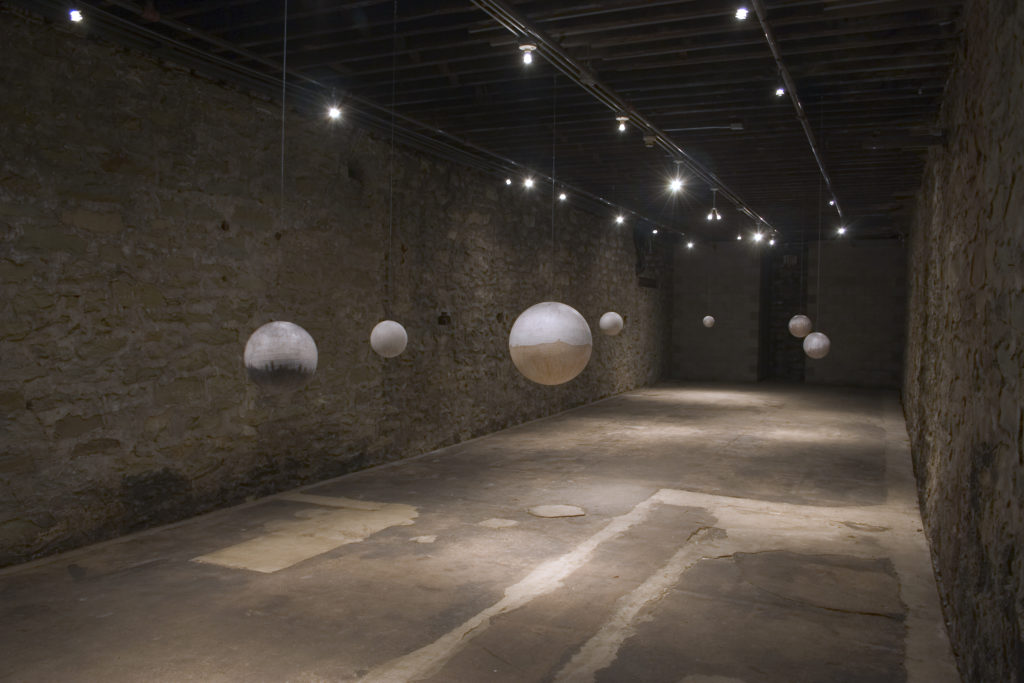 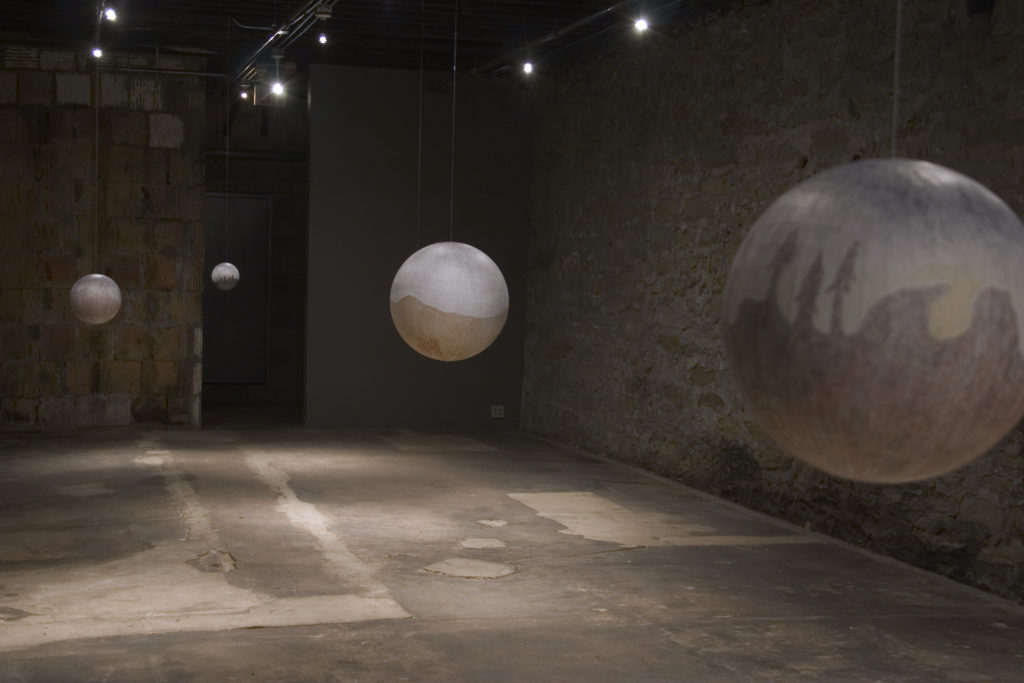 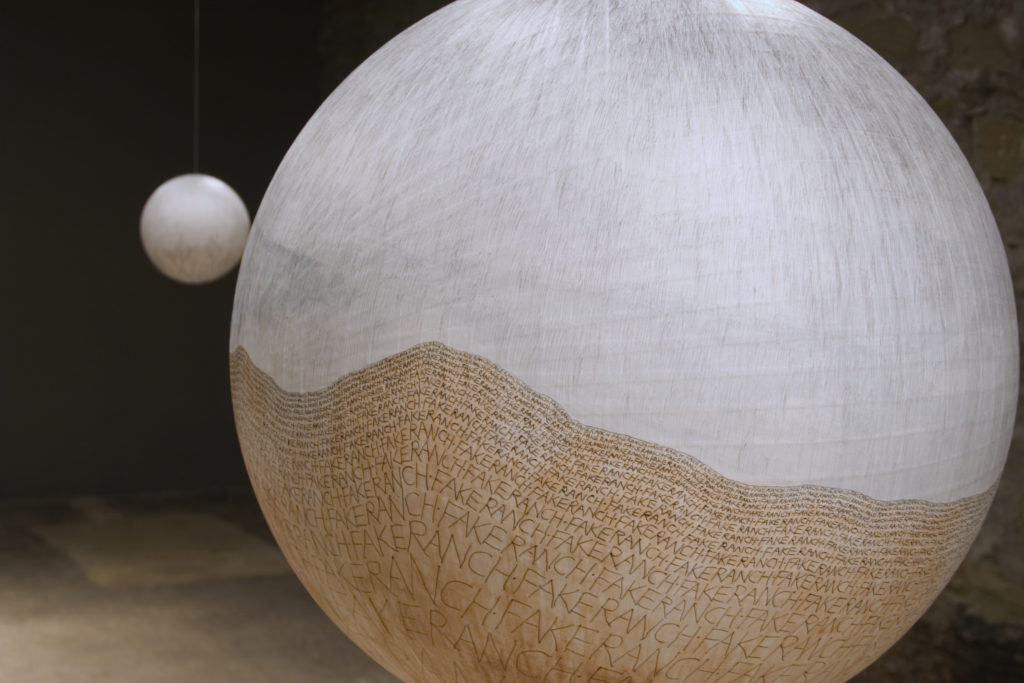 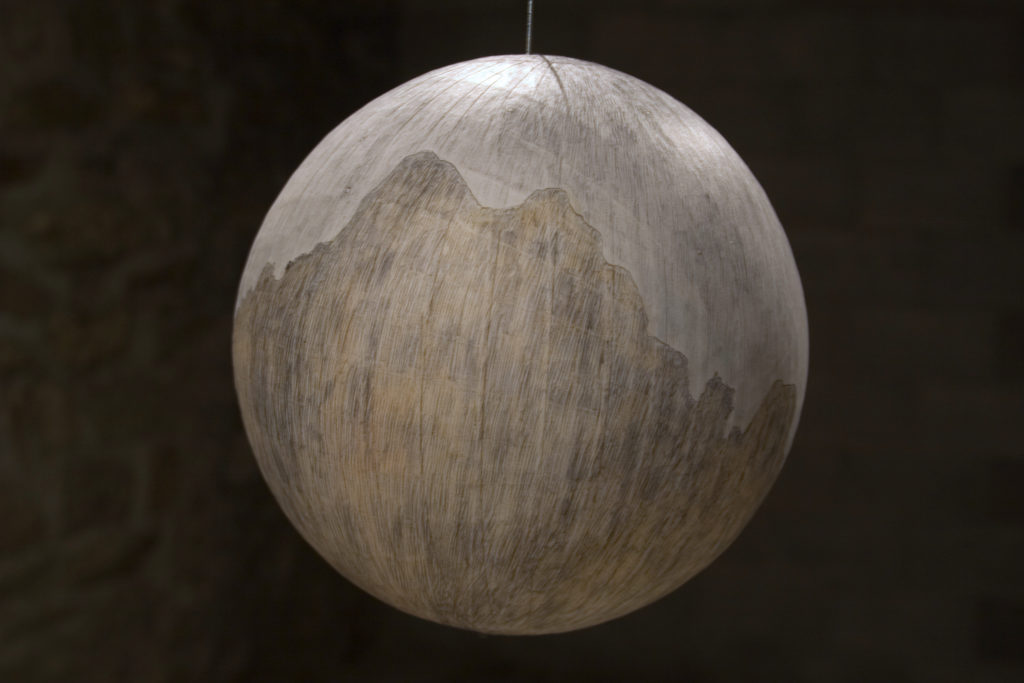 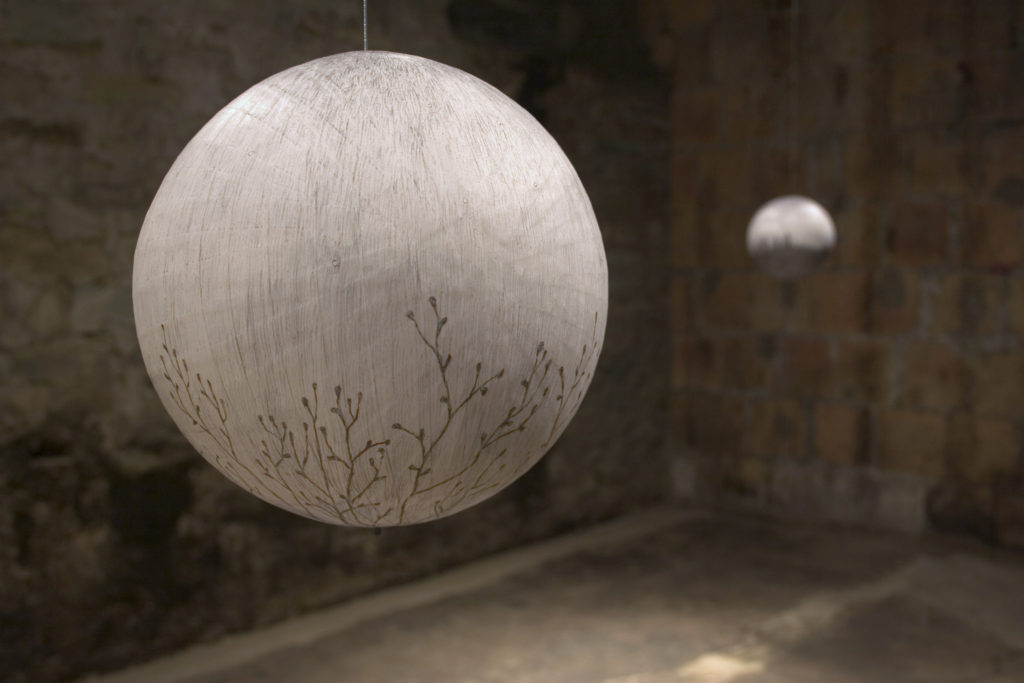 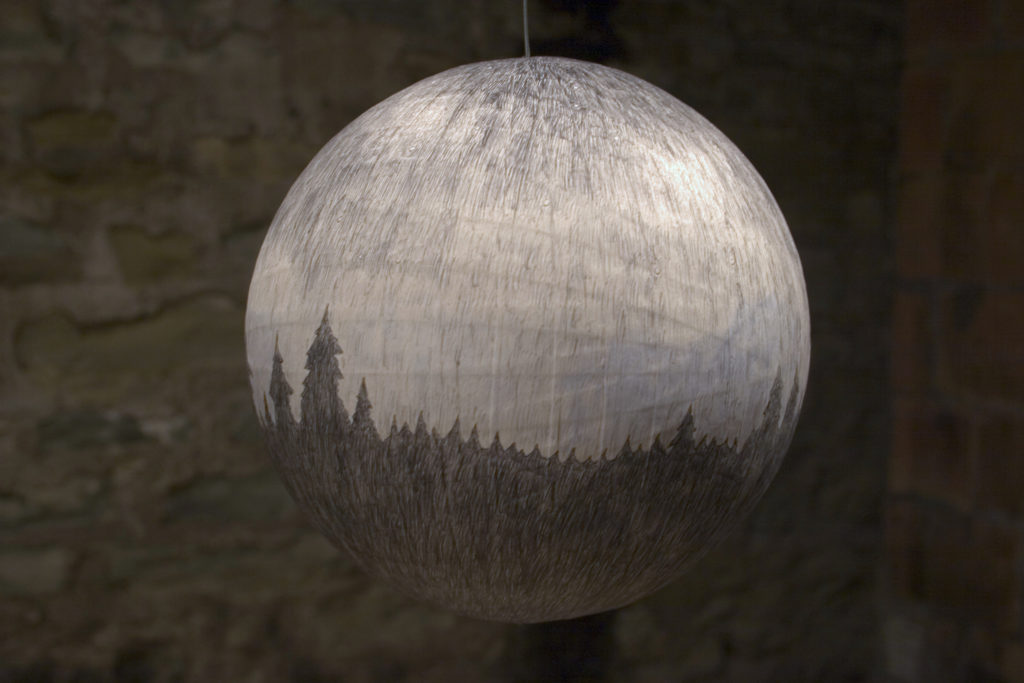 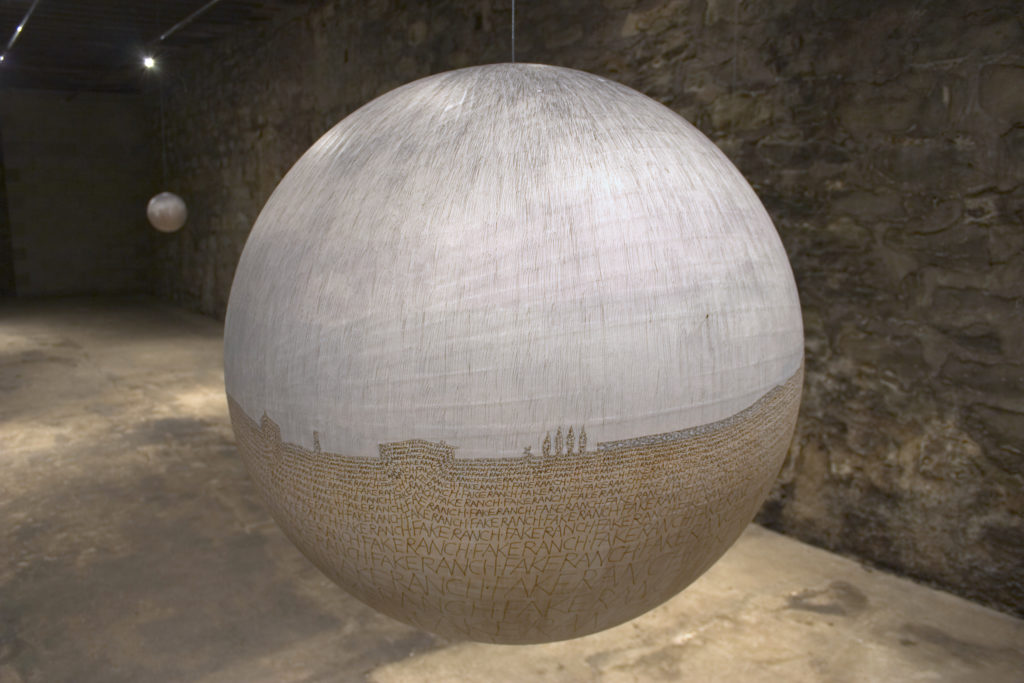 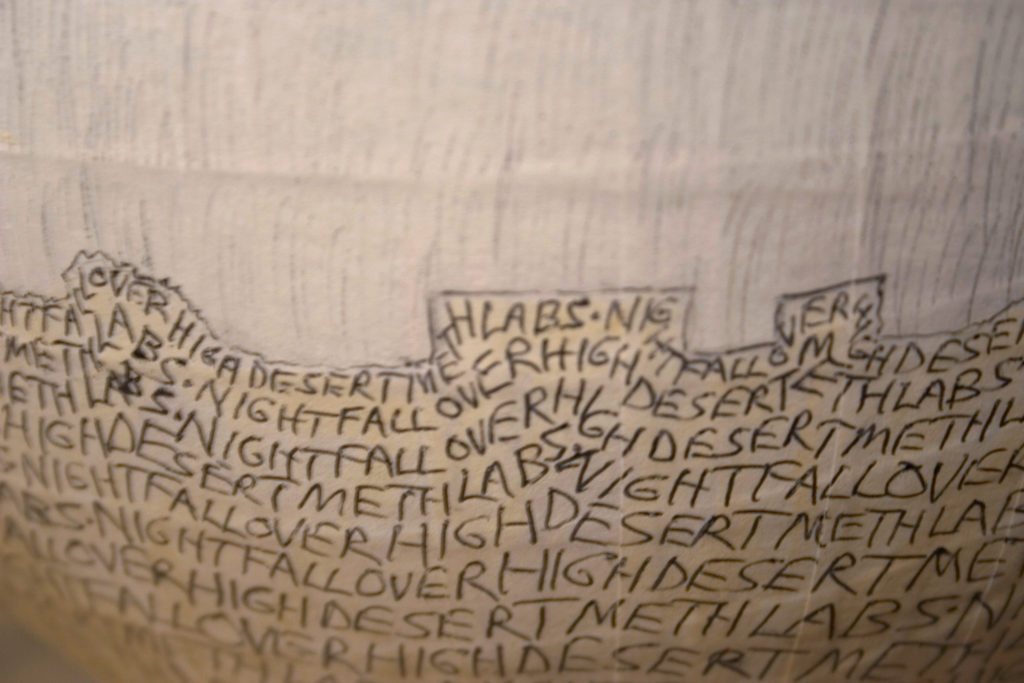 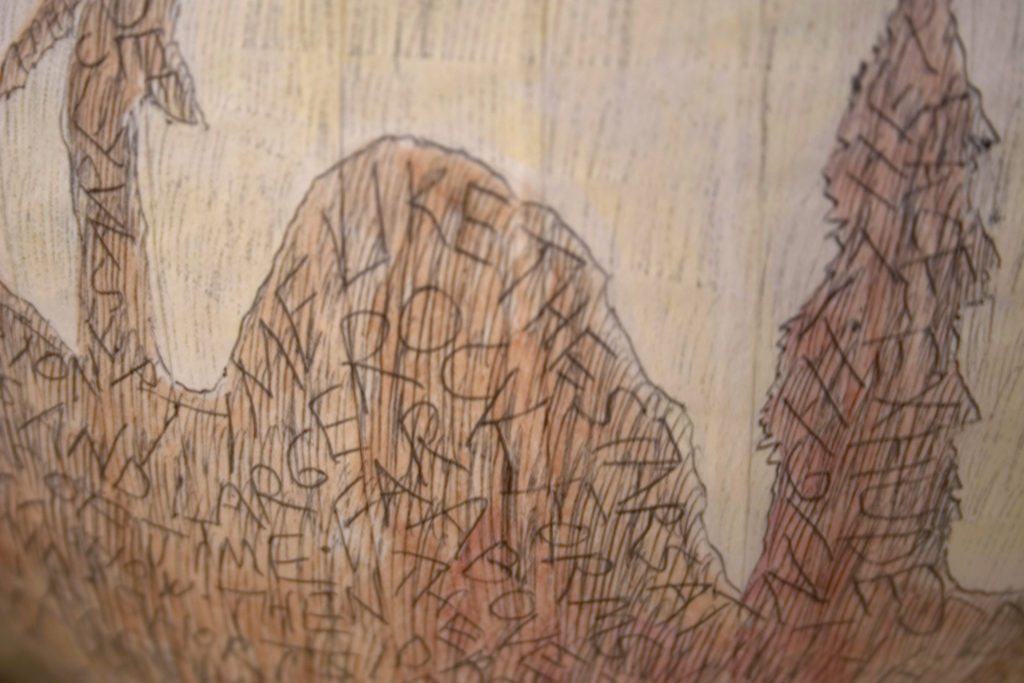 The lower level of the Mattress Factory is home to Russell Crotty’s installation, Nightfall. Crotty built his Solstice Peak Observatory in the Santa Monica Mountains where he studies the night sky with a ten-inch telescope. From these studies, Crotty draws thumbnail sketches and maps from observation, which he then transfers onto fiberglass globes that are suspended from the ceiling. In this installation, Crotty has suspended seven spheres ranging in diameter from 8 inches to 10 inches and the largest at 24 inches. Crotty’s detailed drawings resemble obsessive note taking since they are rendered in ballpoint pen. Text is used more as a visual element than a linear narrative. Crotty’s work is based on experience and is heavily influenced by his Californian origins. Nightfall addresses the fleeting nature of time—both in the geological and cultural sense.

For over 30 years, Russell Crotty has created and exhibited a large body of art work, manifested in globes, drawings, collages and books. His art has been extensively exhibited nationally and internationally and is owned by private collectors, museums and public collections. His practice chronicles an idiosyncratic commentary on astronomy, landscape, coastal mapping, surfing, and the natural and manmade world.

Crotty received a BFA with Honors from the San Francisco Art Institute and his MFA from the University of California, Irvine for his MFA. A native Californian, Russell grew up in the San Francisco Bay Area, began and nurtured his art career in Los Angeles, lived many years in the Santa Monica Mountains — and now works in Ventura and resides in Ojai, California with his wife Laura Gruenther, a graphic designer. In 2015 he was awarded a Guggenheim Fellowship.

Endless Self-Portrait / Portrait of an Audience

A Small Patch of Earth