Colored drawing on human skin has a long and diverse cultural history, at times prestigious, as in Maori and Japanese cultures, or subversive, as in the culture of bikers and seamen. 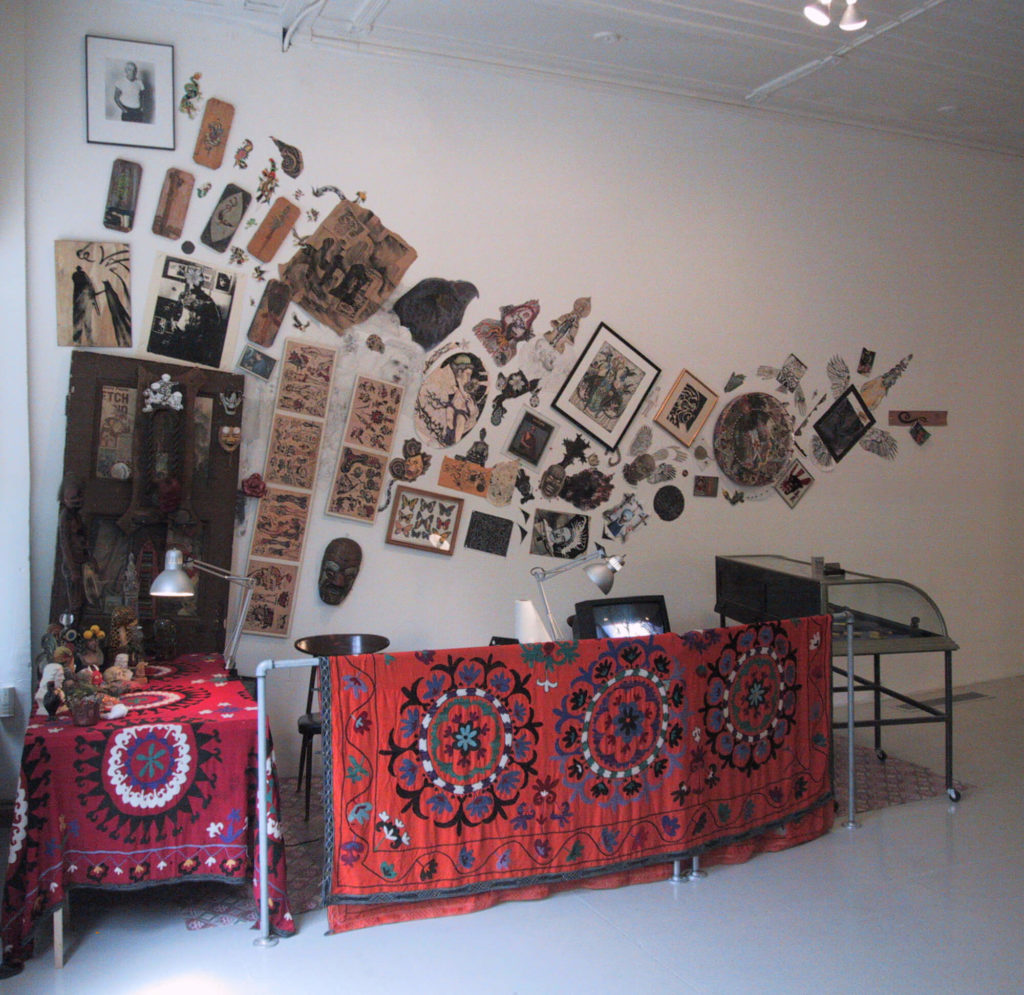 Nick Bubash is an artist and a tattooer. Colored drawing on human skin has a long and diverse cultural history, at times prestigious, as in Maori and Japanese cultures, or subversive, as in the culture of bikers and seamen. It is a very permanent gesture. At the opening of the exhibitions the rituals of tattooing are performed, surrounded by the artist’s personal archive of symbols.

Nick Bubash lives and works in Pittsburgh, PA as a tattoo artist. He opened Route 60 Tattoo in 2008. He was educated in fine art at Penn State University for several years before he moved to New York. In New York City, he worked for Peter Max before he met Thom DeVita, with whom he spent five years studying and tattooing. Bubash was strongly encouraged by DeVita to return to his formal art education. He attended The Pennsylvania Academy of the Fine Arts in Philadelphia in the 80’s and graduated with the highest honors and multiple awards, including the Scheidt Traveling Grant, which allowed him to study abroad. He chose India as his destination, being most interested, very specifically, in 9th – 12th century Indian sculpture. These sculptures mixed human and animal forms and provided infinite combinations. His time spent in India has been an incredible influence on his work and he continues to visit as often as possible.

Graces Can Be Grown

No where to go; Nothing to do: Just Sitting

Peonies in Winter Spring in Cranford