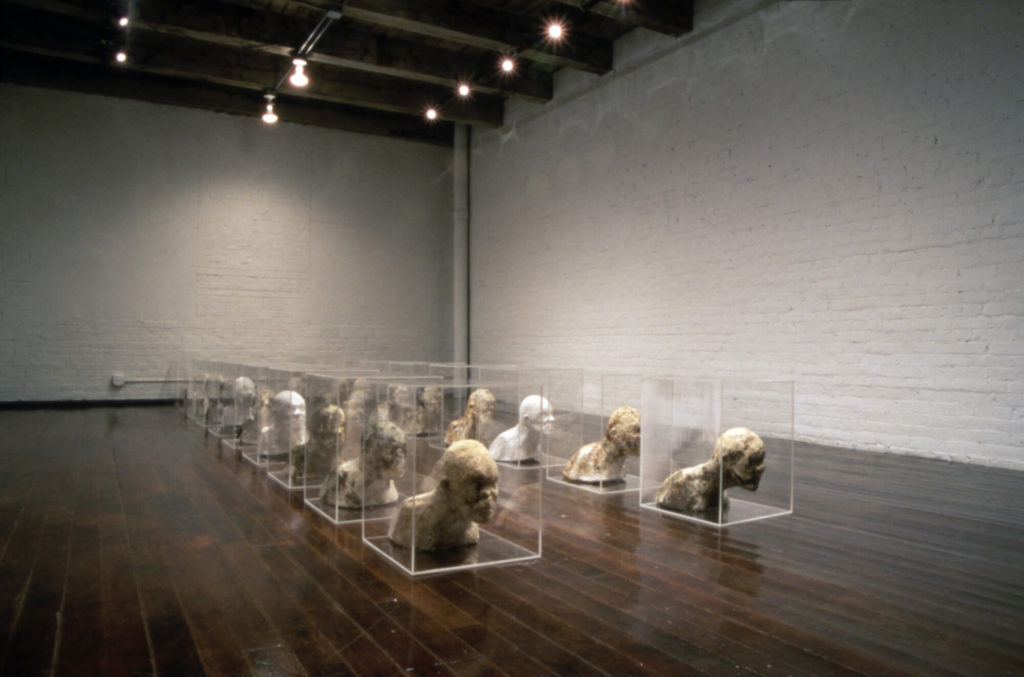 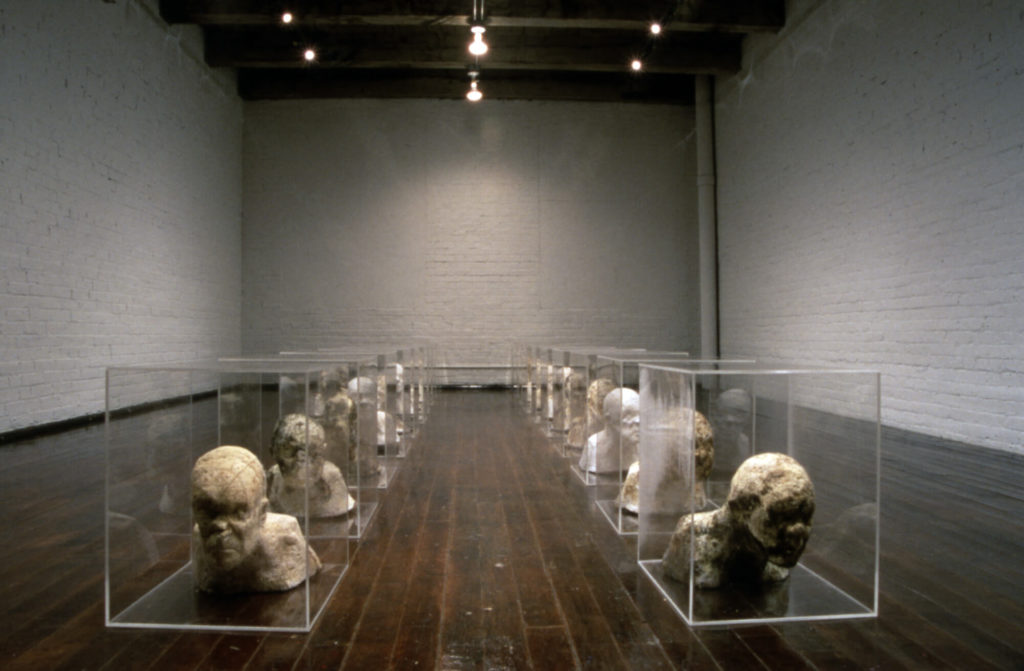 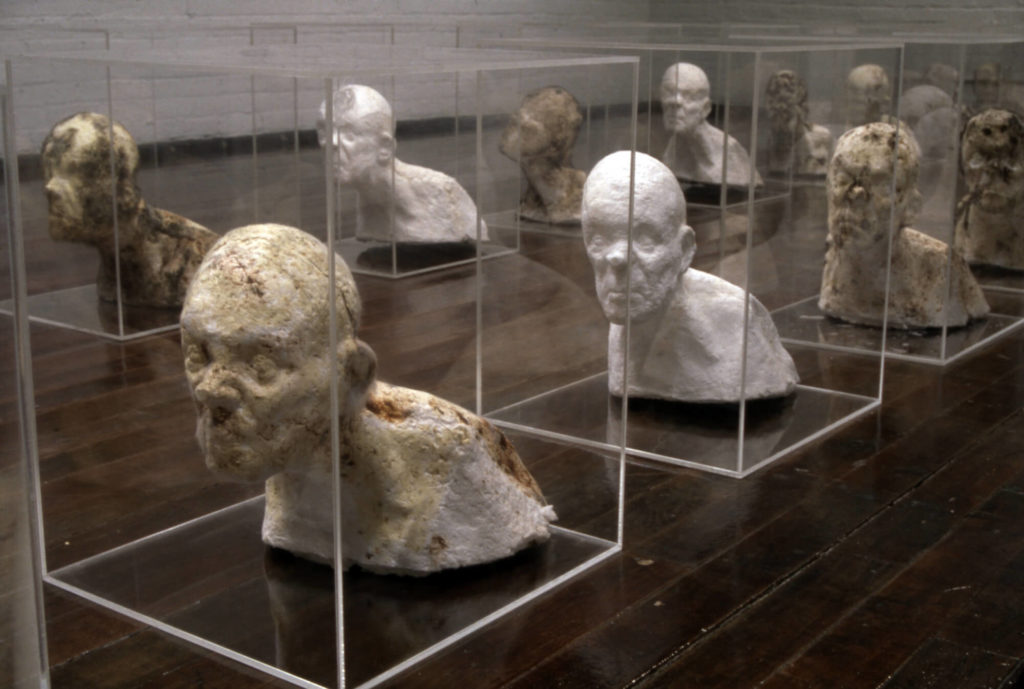 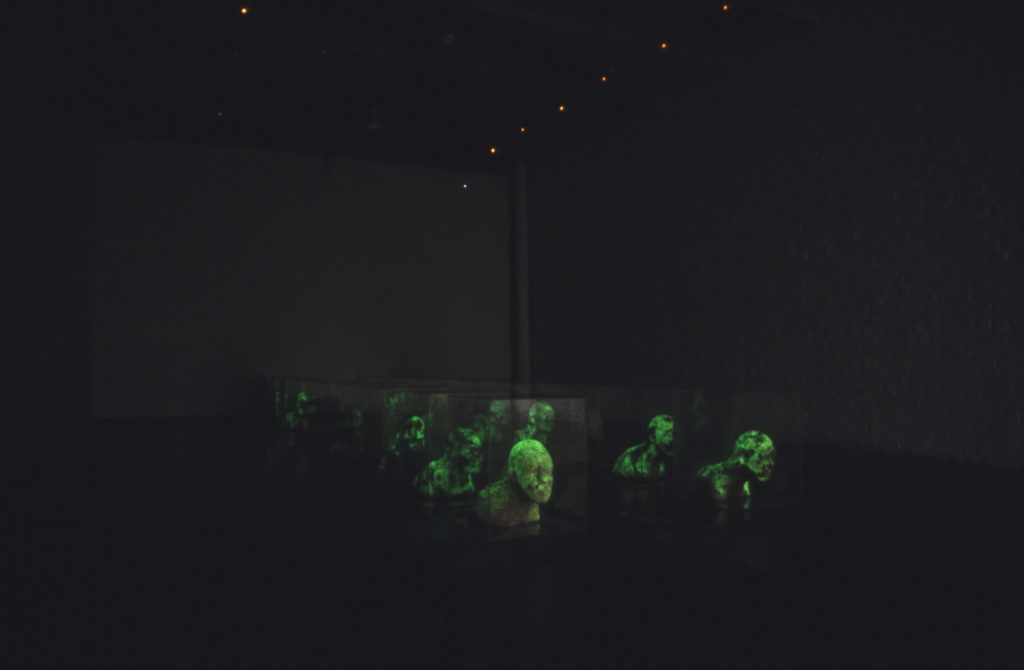 Čarný created twenty papier-mâché busts, cast from a mold of a marble head, titled The Stink, by the eighteenth-century sculptor F.X. Messerschmidt. Intending the heads to decay, he coated them with phosphorus and banana pulp and sealed then in Plexiglas cubes. The heads grew moldy at differing rates some disintegrating into a heap. The phosphorous in the papier-mâché glowed as the light gradually dimmed.

Humus is created by the process of sedimentation of geological and biological layers.

In alchemy, the teaching of the metamorphosis of the world-putridity (=decomposition) is one of the basic stages of transmutation. The English Franciscan and scholar Roger Bacon (thirteenth century) stated: “Putrefactio est omnium rerum mater.”* The primary mass exists [decomposes] in order to enable the development of a new quality.

Recycling of the idea means cultural metabolism: reauthorization (reapplication, reactualization and reinterpretations) of the forgotten artifact, conception, symbol… in the new context. This form of creativity (creation) works with one’s memory.

*”Decomposition is the mother of all things.”

Ladislav Čarný attended the Academy of Fine Arts and Design, Bratislava from 1968-1974. His artwork is interactive, incorporates fragments of reality, installation pieces and light art.