You approach the gallery through an inclined corridor so dark that you are virtually without sight At the top of the ramp you sit... 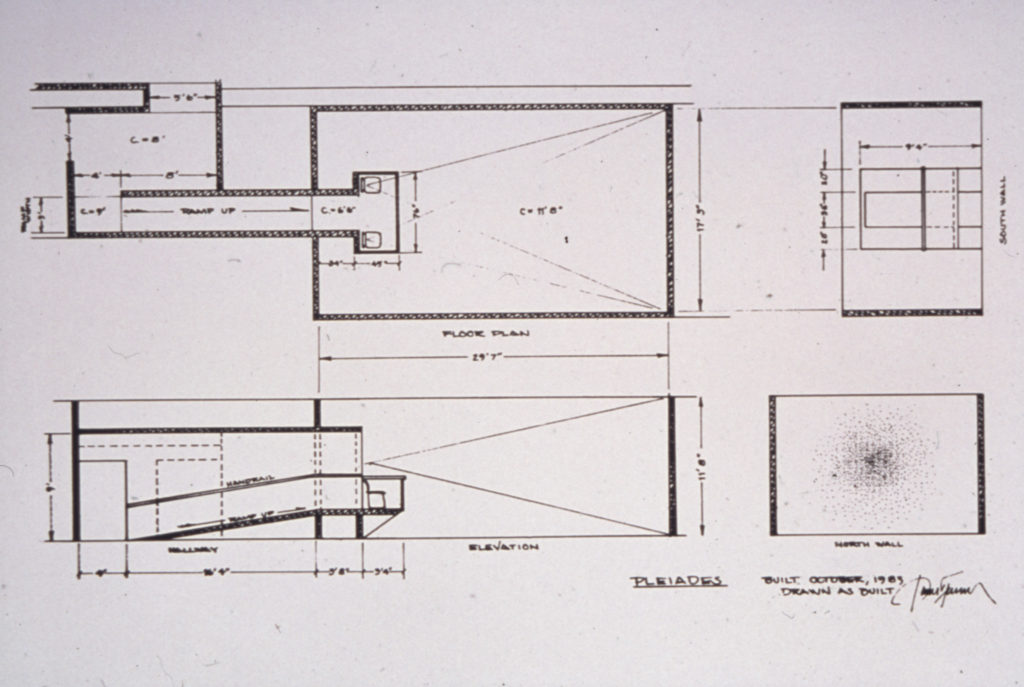 You approach the gallery through an inclined corridor so dark that you are virtually without sight. At the top of the ramp, you sit in a chair and face blackness. After your eyes adjust, an amorphous sphere of grey-white, or perhaps red, begins to appear, more a presence than an object. As you look harder, the form becomes smaller. You turn away for a moment and back again. It grows and glimmers. But the source of light itself is constant and still.

Pleiades is a permanent installation.

It is the first piece in a series of works. While it relates to the last piece of the Mendota Stoppages, 1969-70, in that it develops over time, it is definitely a departure in that after the seeing develops, it is no longer static.

The thing that gave me the idea to do this was the fact that I needed to work with very low levels of light for the night seeing in the crater piece. The last time that I had really worked in that arena was with the Mendota Stoppages where I had some very dark pieces that took a long time of dark adaptation, sometimes as much as fifteen minutes. When you actually had that seeing, though, the space that was generated was a static space – you saw it and could walk in it but it didn’t change.

In this work, what is generated in you and what is actually out there become a little more equal.