A secular mandala prepared with the same deliberation as the spiritual variety known to Buddhist practice evokes an episode from the mythic story of... 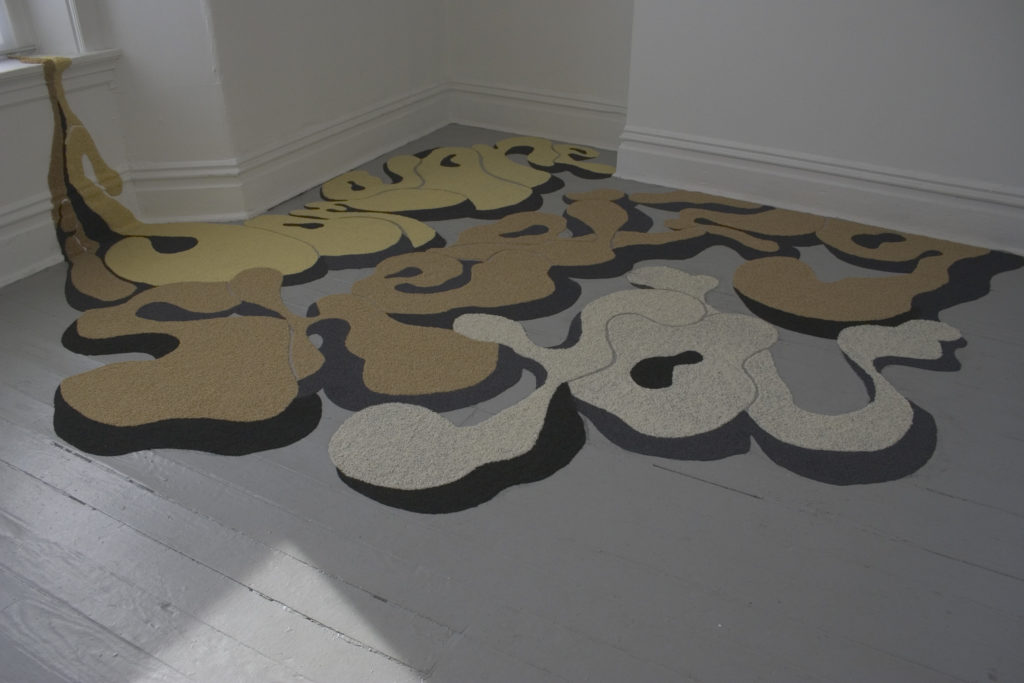 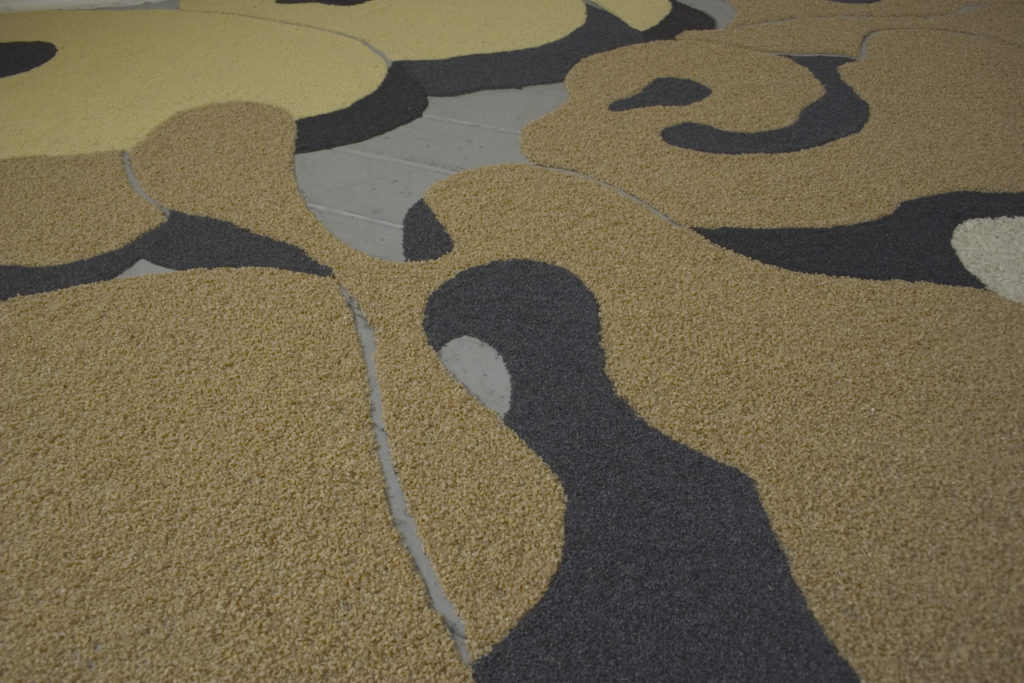 A secular mandala, prepared with the same deliberation as the spiritual variety known to Buddhist practice, evokes an episode from the mythic story of Psyche and Cupid where Psyche was given the apparently futile task of sorting grain and of the help she was given to complete it. A fluidly executed graffito can be discerned in the stark palette provided by the pigmentation of poppy seed, Bulgur wheat, couscous and rice.

Wendy Osher’s practice works deep in the seams of discrepancies in our relationships with the natural world and each other. Her materials emerge from the dynamics of each exploration. Environmental issues such as invasive species, modern food production, packaging, and gardens drive much of the work. Recycled accumulations increasingly dominate her materials. Identified by Pittsburgh Post-Gazette as one of 2010’s best artists, she recently participated in Sites of Passage; Borders, Walls, and Citizenship, involving Palestinian, Israeli, and American artists who met in Israel and Palestine in 2013. She participates in numerous artist residencies around the world.

2015 California exhibitions include Santa Barbara Contemporary Museum of Art, Porch Gallery, Ojai, Glendale College Art Gallery, Glendale, and Barnsdall Art Gallery, Los Angeles. Carnegie Museum of Art (2010) commissioned work for an exhibition. She is a 2009 Fellow of the Virginia Center for the Creative Arts, 2004 Pennsylvania Council on the Arts Fellow in Media Arts, recipient of a 2008 commission by American Jewish Museum and a 2008 Tough Art residency at Children’s Museum of Pittsburgh. She was selected as a 2007-8 recipient of Brew House Distillery program, an invited artist for the 2005 Pittsburgh Biennial and 2005 Mattress Factory Gestures exhibitions, and a 2004 participant in a community arts residency in Taipei, Taiwan. In 2003, she received an Award of Merit from the Three Rivers Arts Festival Annual Exhibition. Her work, including sculpture, installation, drawing, and painting has been exhibited locally, nationally, and internationally.