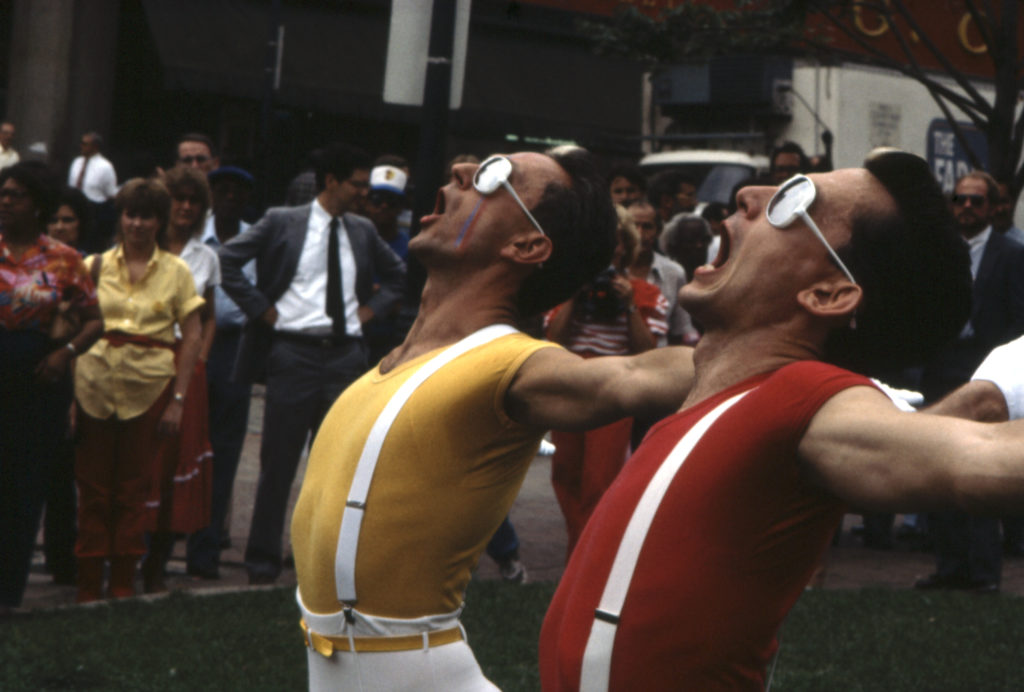 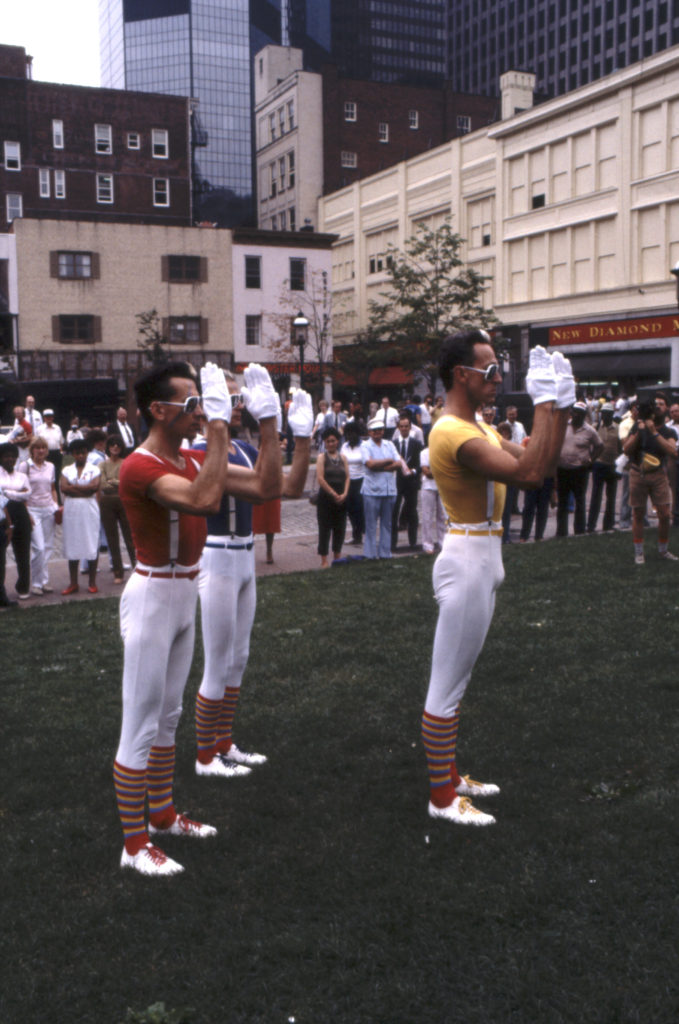 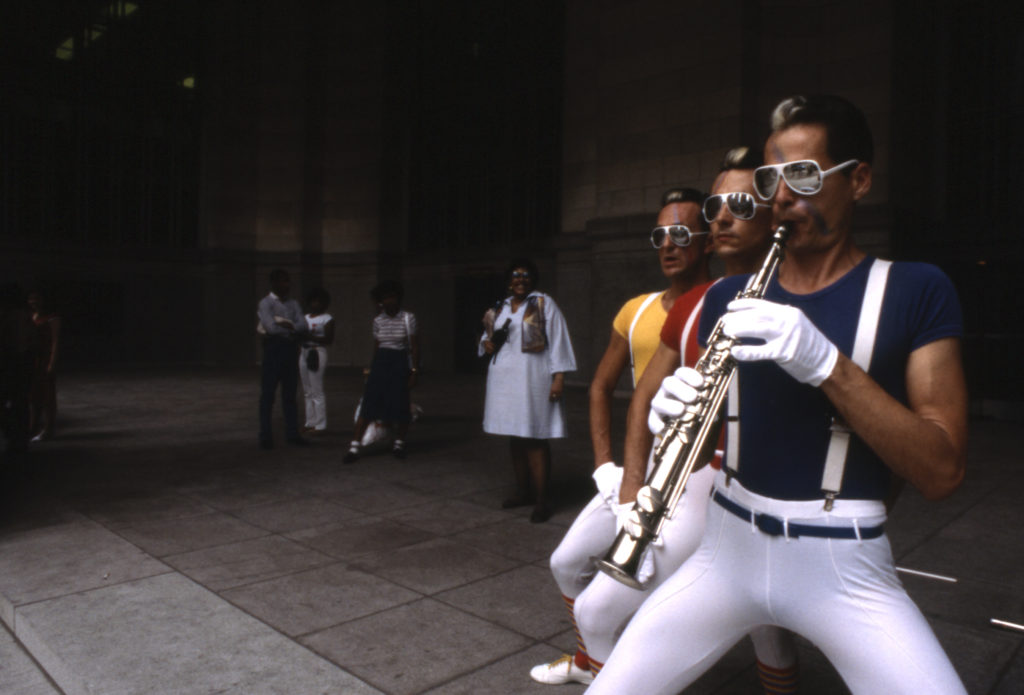 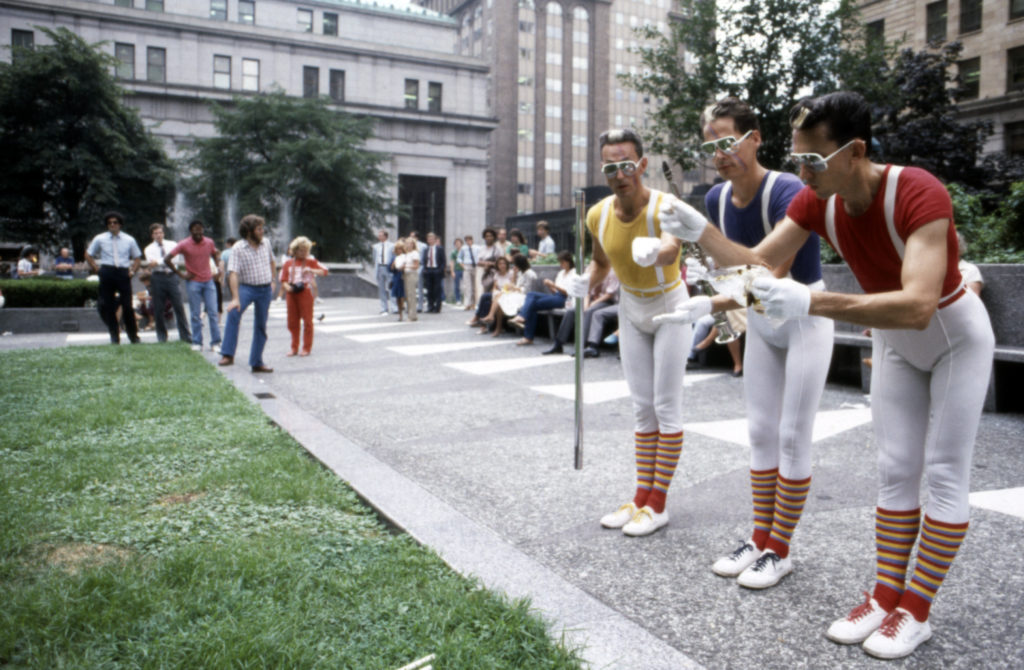 They marched single file to their own music (didjeridu, drums, flute, whistles) and lingered, trotted, gestured, followed passers-by imitating their motions, wove in and out of crowds, entered buildings and sat at restaurant tables with patrons, miming the act of eating. At times, men, women and children followed them, keeping step, aping, chanting.

We do not attempt to categorize Chrome. It involves three striking but enigmatic figures who move in and through carefully chosen sites: gallery spaces, theater foyers, courtyards, malls, plazas, parks. It is not a performance in the accepted sense; it can run for ten minutes or for two hours, to be glanced at in passing, or followed in detail. Each “performance” varies considerably, depending on place and people.

The elements of this piece include tightly controlled movement, sustained stillness, dance sequences, mime, comedy, the spoken word, song and music. A chrome didjeridu and silver saxophone provide the instrumental atmosphere and rhythm for ‘CHROME 1’ contrasting vividly with the more mechanical up-tempo ‘CHROME 2’ with its sleek black drums, fifes and whistles.