A particularity of Pumpkins is that the subtlety of the complex social fabric around the Mattress Factory are left untold in the piece, and thus the reading of the piece would not transfer well to another location. I did the piece for the kids... 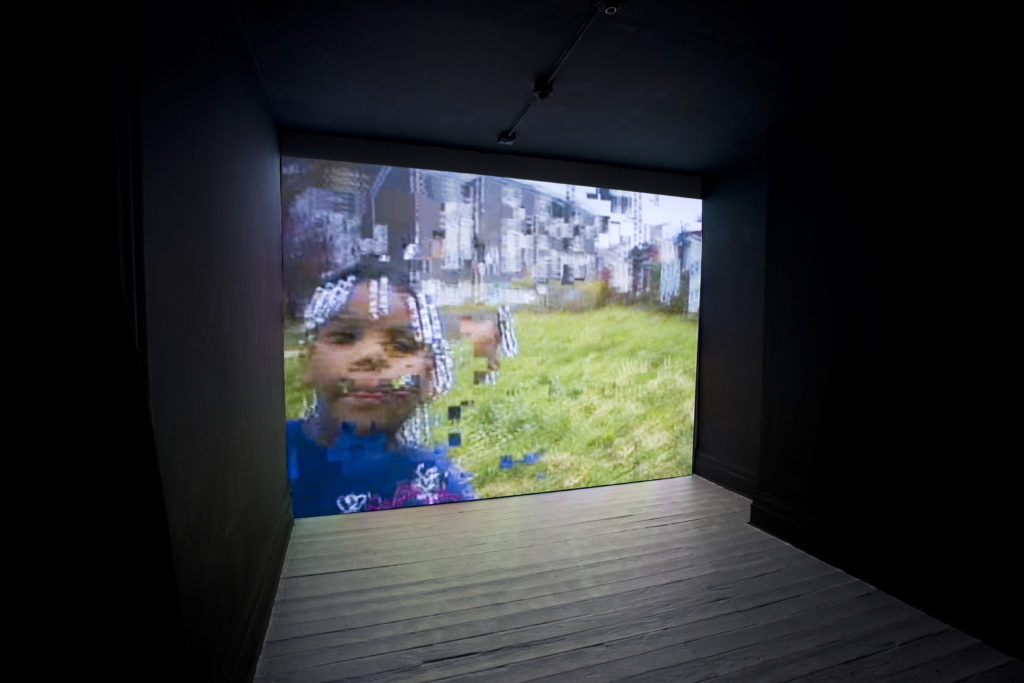 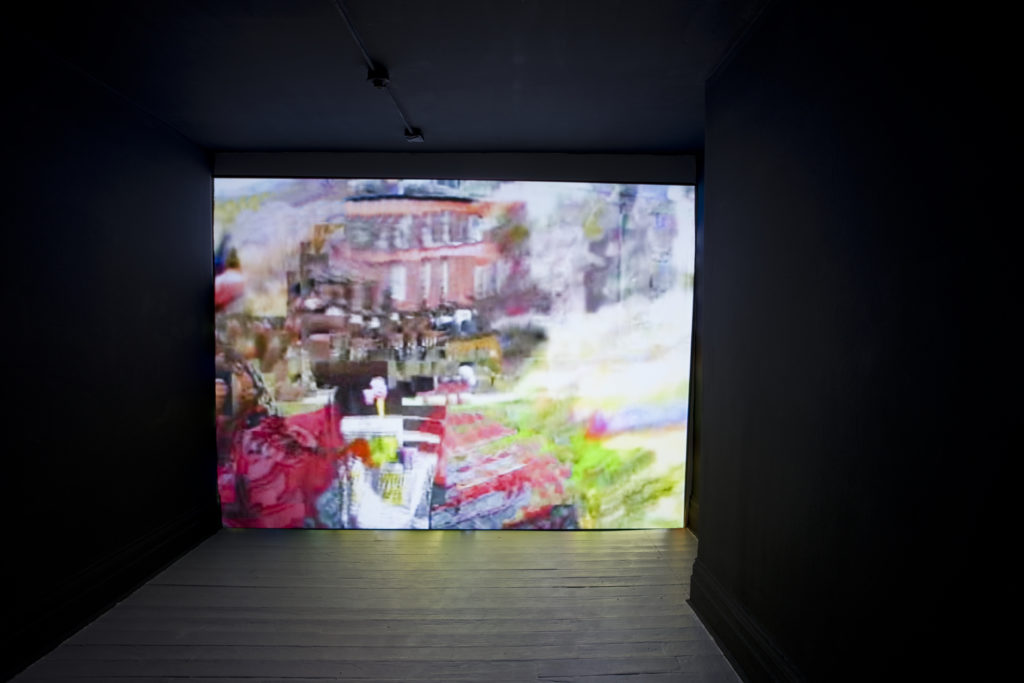 In a series of video portraits, Catala explored the early form of distortion effects that he would come to use in Pumpkins (2008). Instead of using found footage as in most of Murata’s earlier work, Catala shoots his subjects on site and processes the material in raw form. He developed his own technique that distorts movement in its continuity — almost like a “video distortion effect pedal.” Data input, distortion output. In a sense, Catala has made himself vulnerable to the technology he is utilizing. Like John Cage’s work, chance effects are at play: the output produced is usually Low Res and unpredictable in its ultimate form. Catala’s “chance operations” in terms of video processing, mirrors the conceptual structure of the “game” at work in 20 Questions. Twenty Questions was first popularized as, “Animal, Vegetable, Mineral,” a game, sung by Major General in Gilbert and Sullivan’s, The Pirates of Penzance (1879). In this version, the answerer tells the questioners at the start of the game whether or not the subject is an animal, vegetable, or mineral. Such categorizing, sometimes produces surreal results, such as a table being classified as a vegetable (since wood comes from trees). In the traditional game, one player is chosen to be the answerer. That person chooses a subject but does not reveal this to the others. All other players are questioners. They each take turns asking a question which can be answered with a simple “Yes” or “No.” Sample questions include: “Is it bigger than a cereal box?” “Can I eat it?” Lying is not allowed. Thus gaming, here, also becomes a kind of ethics.

Most recently, Frank Leibovici, a young French artist, transposed this game into an inventive poetics — based on the technology of information dissemination. In a sense, it’s a form of 20 Questions in which fluid modes of circulation are enabled between aesthetic, poetic and scientific disciplines—poetry as a zone of cross references (related, in many ways to the work of French poet Francis Ponge who rethought the world of objects by combining the forms of the essay and poetry into an inter-referential world between everyday objects and phenomenal experience). Catala, by taking African American school children from the neighborhoods surrounding the Mattress Factory as his gaming subjects, creates a technically visceral, as well as class and race bound discourse. Not only do viewers experience vertigo upon first viewing the piece (one’s sense of balance is challenged because of the immersive floor to ceiling projection and the nature of the ever-changing distortions), but spectators are also confronted with a series of technological interventions at the level of the representations of race, gender, childhood, and landscape. Here the work of Renee Cox comes to mind — her Crossed Masks/Yo Mama (1997) (violently cross-slices photographs of young African American faces that become menacing when cut and pasted into mis-matching features, i.e. eyes, teeth, lips—purposefully enlarged and exaggerated) deliberately explores questions about the mediation of race in contemporary culture. Though Catala did not consciously think about focusing on race as a category of representation, it becomes central in a way that William Pope L. might say the formal category “black” does in culture. Thus, Pope’s Black Factory (2004-present) “grinds” up black objects, in a similar way that Catala’s “video distortion effect pedal” grinds up images (regardless of race, class, gender, sexuality, etc.)—but with a clear and clever goal: to expose the faux humanist equalization of race in our culture. Catala is not exploring race the way Cox and Pope L. are, however, he is aware of the specificity of his site, to borrow directly from him: “A particularity of Pumpkins is that the subtlety of the complex social fabric around the Mattress Factory are left untold in the piece, and thus the reading of the piece would not transfer well to another location. I did the piece for the kids. I wanted to acknowledge their presence in the museum, in the neighborhood.”

Antoine Catala creates new and playful relations between language and reality. Exploring miscommunications, he seeks to unearth some of the ways in which meaning is transmitted via words, signs, texts, emojis – especially across communication platforms. Through his text works and sculptural installations he draws attention to how – often unthinkingly – the way the message is transmitted, rather than the message itself, affects us.